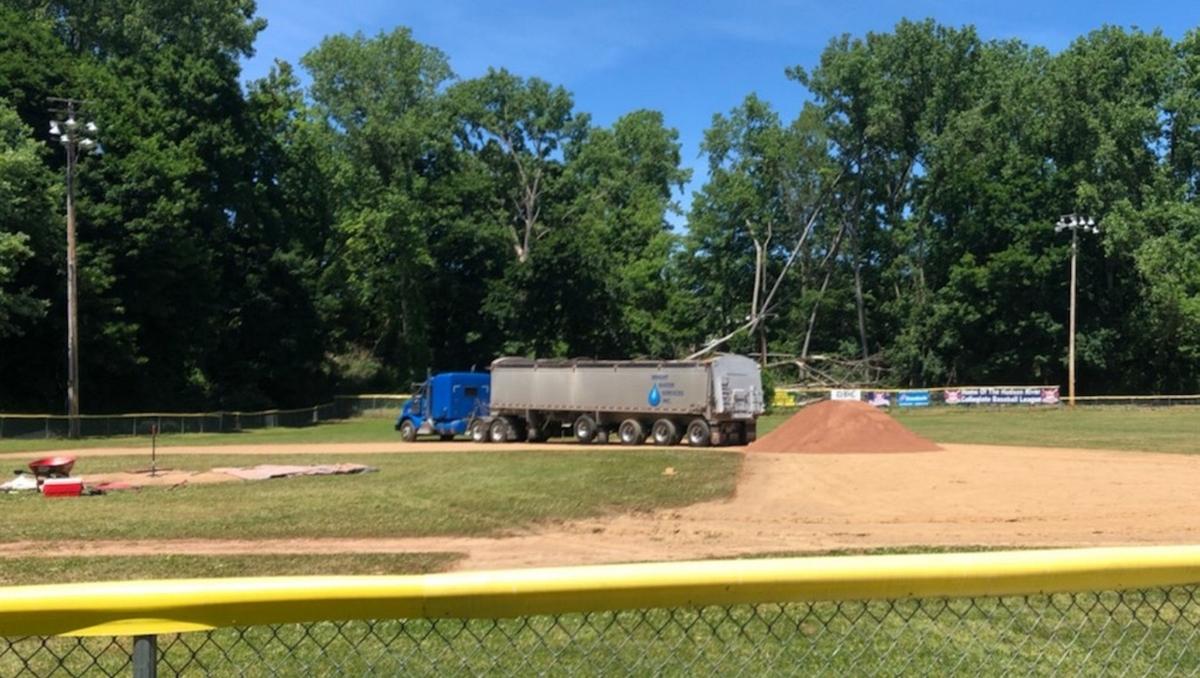 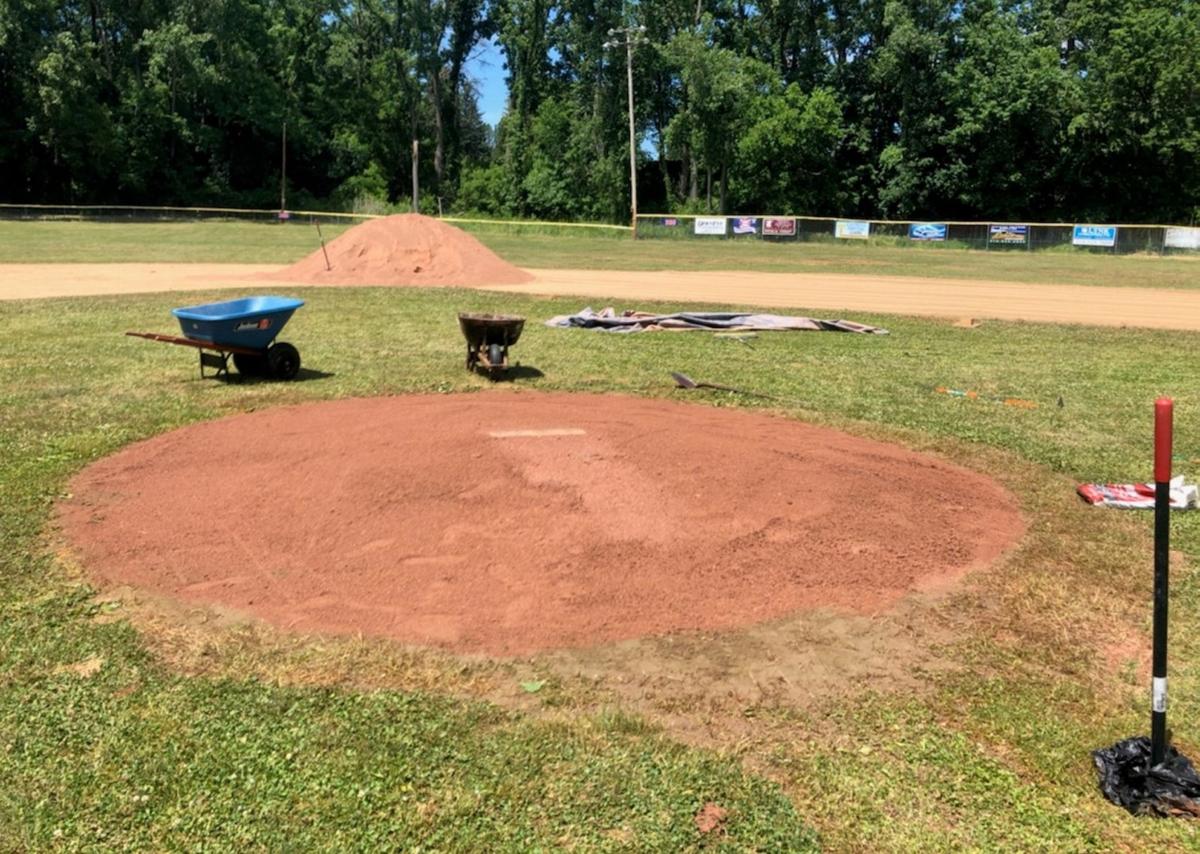 Photo contributedThe pitcher’s mound was part of the spring renovation at Ricky Cramer Field in Catskill. 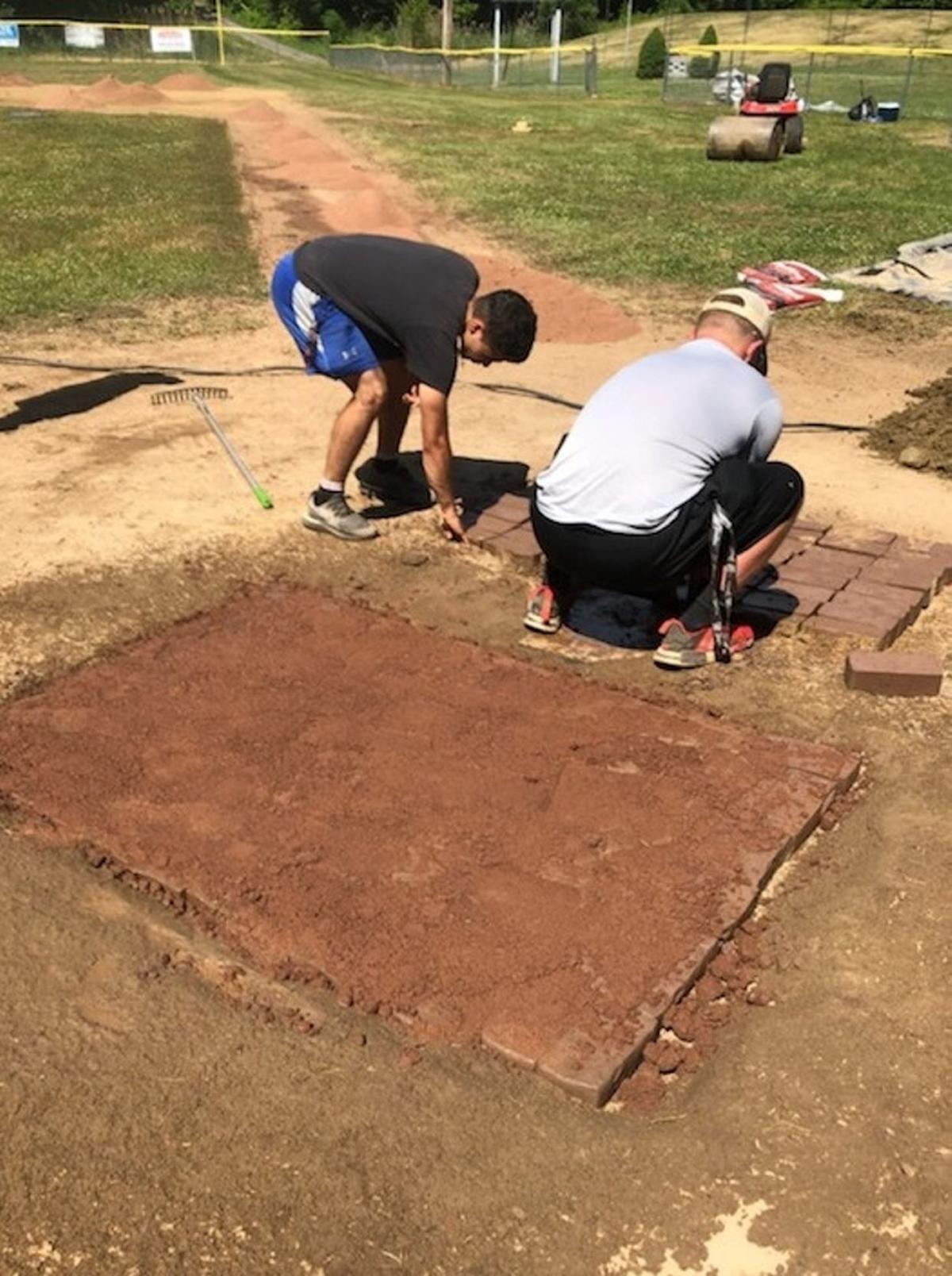 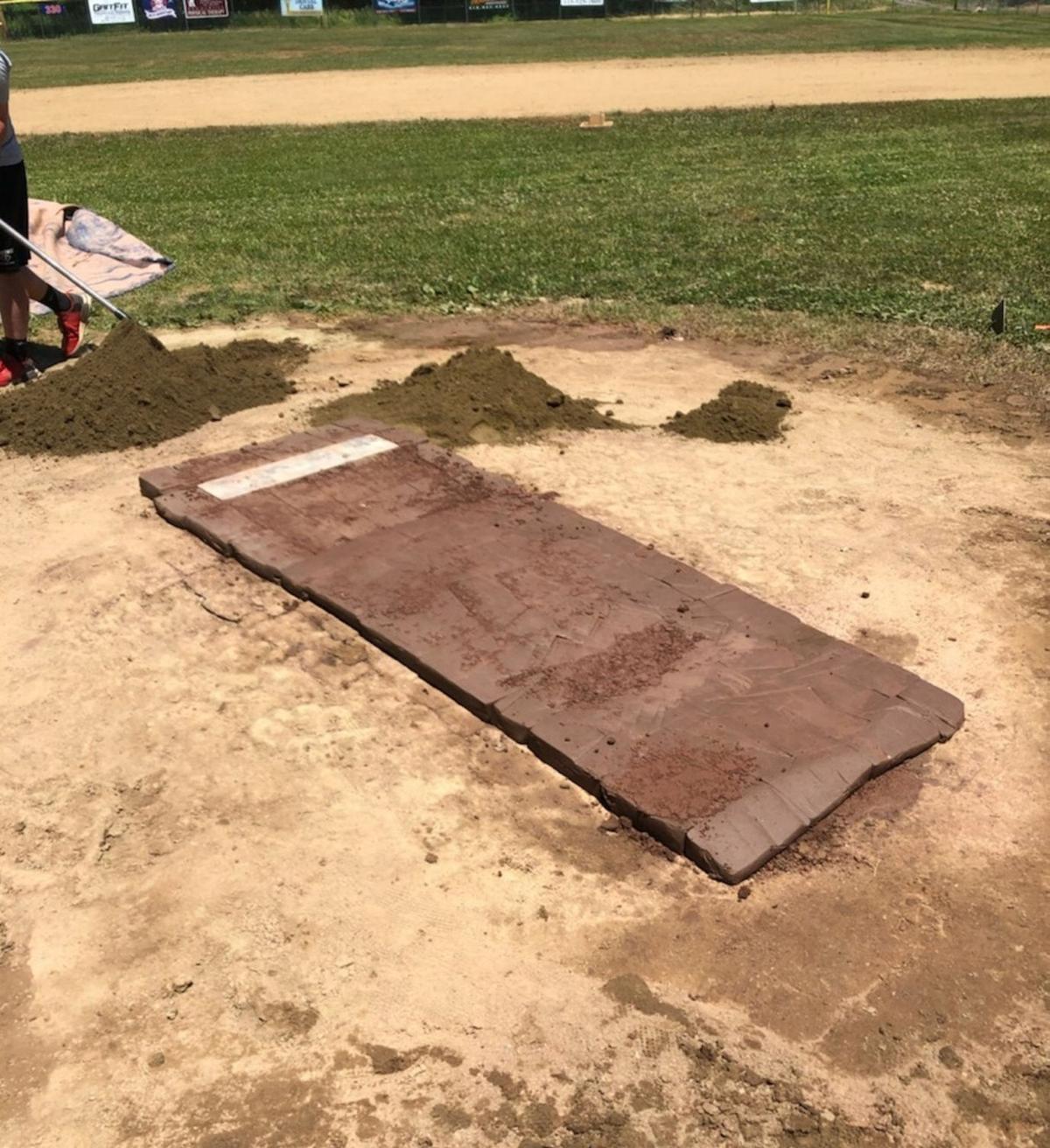 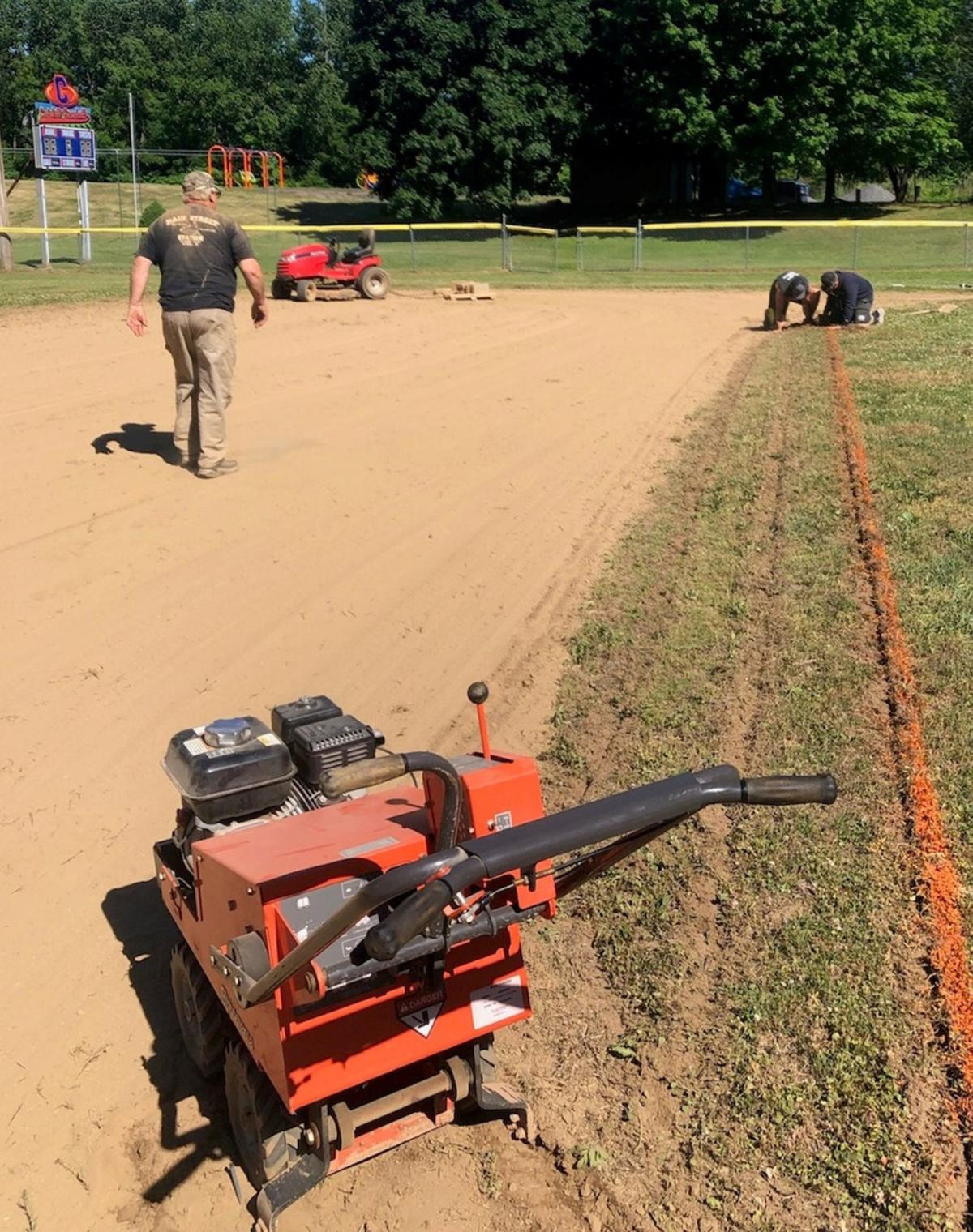 Photo contributed Cleaning up the baselines was part of a renovation project this spring at Ricky Cramer Field in Catskill. 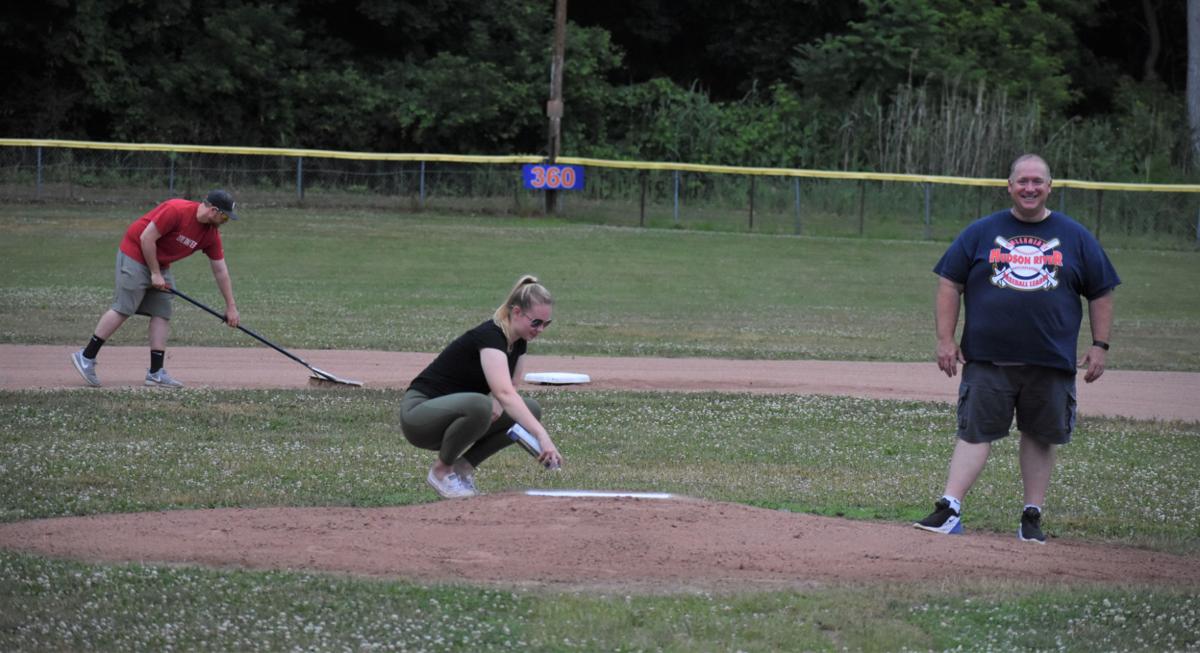 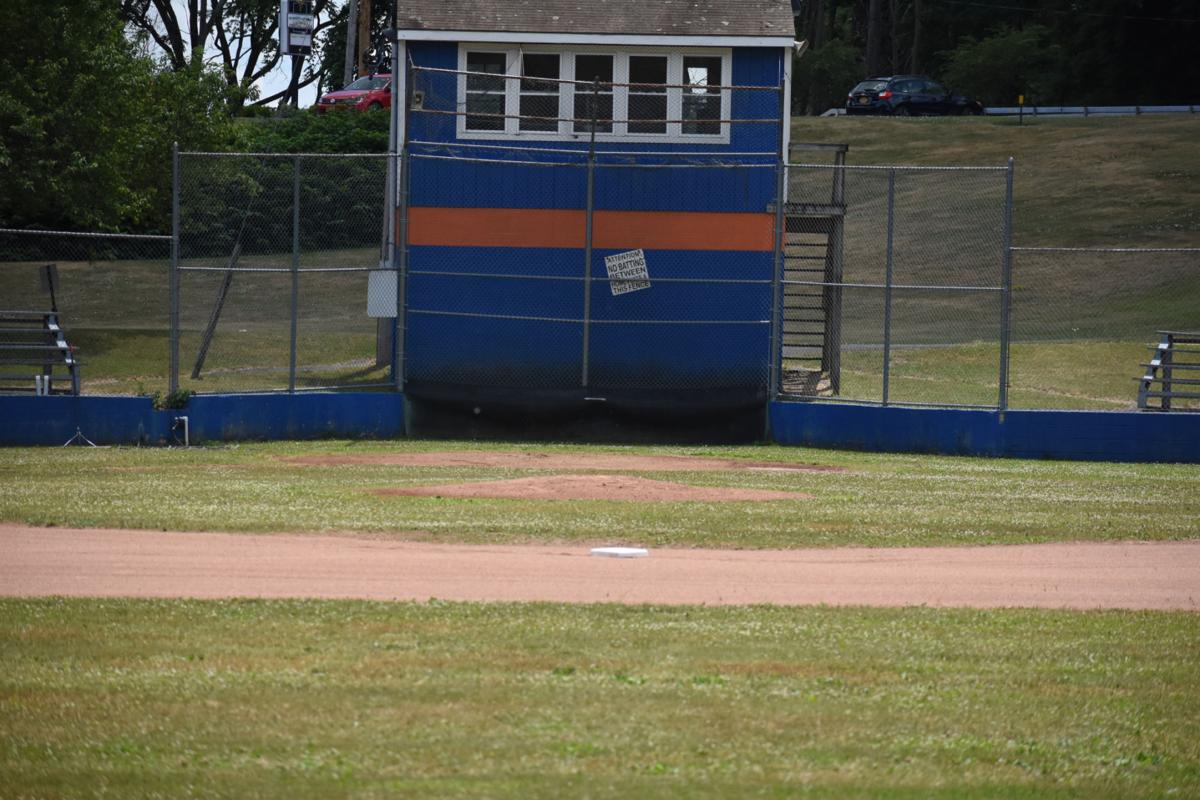 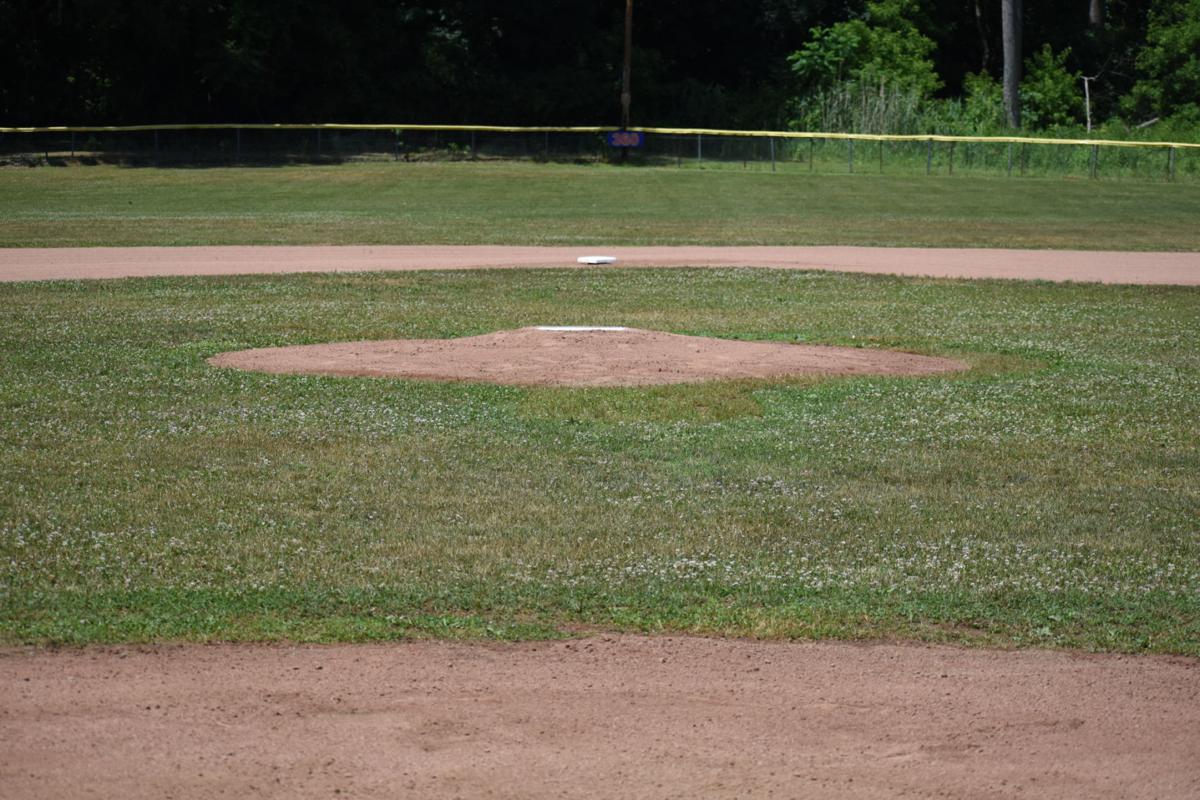 Tim Martin/Columbia-Greene Media A look at the pitcher’s mound from home plate at Ricky Cramer Field in Catskill.

Photo contributedThe pitcher’s mound was part of the spring renovation at Ricky Cramer Field in Catskill.

Photo contributed Cleaning up the baselines was part of a renovation project this spring at Ricky Cramer Field in Catskill.

Tim Martin/Columbia-Greene Media A look at the pitcher’s mound from home plate at Ricky Cramer Field in Catskill.

CATSKILL — For the past two summers, Greenport Town Park has been the home for the Hudson River Collegiate Baseball League.

The league typically starts the final week of May, with the championships decided in July, and it fields a large pool of talent from colleges and universities in the northeast and beyond.

League Owner/General Manager Ed DuPont ran into a big problem this year, though, when the town announced that the park would be closing to the public in April, and the league quickly found themselves without a field to play on.

“Unfortunately, because of the COVID situation and some other stuff that went on over there, they closed the park until the end of September,” DuPont said. “That left us homeless.”

Quickly however, Dale Finch, Supervisor for the Town of Catskill, was in contact with the Catskill native DuPont, and they had a new home to play baseball in 2020 at Ricky Cramer Field.

“This used to be my home field back in the day,” said DuPont, “and he (Finch) allowed us to come back here and play.”

Having a fenced-in space was not the end either, there was still work to be done to get the field actually ready to play baseball on. DuPont and others have been working tirelessly for over two weeks to get the park back to playing shape.

“The guys who come down here and take care of it on a regular basis, Stanley Dushane is one of them, who takes care of the park with mowing and has done a good job,” DuPont said.

Dupont and his crew weeded the whole field, recut the grass, reshaped the pitcher’s mound, and even brought in real baseball dirt from Canada and reworked the batter’s boxes and catcher’s area with new clay where necessary.

DuPont also remarked that Ricky Cramer Field is great for watching a ballgame, and that there is plenty of room for social distancing with the COVID-19 concerns still there.

Amid this health crisis threatening local communities, and the globe as a whole, DuPont remained optimistic that the season would happen somehow. “We maintained that we were going to play. We’re going to find somewhere.

“There’s a need for it. People have been sitting home, we’ve been in our homes for months,” he continued, “and I was getting text messages nearly daily, and sometimes from players on multiple teams asking if we were going to play. And we just maintained a positive attitude throughout and have worked feverishly to make it happen.”

DuPont also had great thanks for Jeff Dodig from the American Legion, and James O’Connell, for their efforts to help renovate the Catskill field, and that Dale Finch provided brand new fencing around the dugout and batting area. DuPont also mentioned that groundskeeper Steve Snyder would be helping out going forward with the maintenance of Ricky Cramer Field.

Now, to actually hold some sort of a season, the league has had to follow certain guidelines to get the green light to play, and implement strategies to lower the risk of COVID-19 spread as much as they can, while still competing for a championship.

“As far as players go, we’ve taken great steps, and we’ve actually gone beyond what the criteria is,” says DuPont. “When players and coaches show up to play on the field, the first thing they have to do is report to the scorer’s booth and have their temperature taken. And we record and document that information as a running total for the season, and will have that available for every game that we play,” DuPont explained.

“While we play, because of our age group, we don’t have to wear a mask. But while we’re in the dugout or the bullpen, masks are on,” he said.

DuPont further explained that they usually provide drinks for players in a cooler or something of that sort, but that this year the players have to bring their so there is no cross-contamination at a communal water station. He also said that they are required to bring their own masks and will not play without one.

Players will also be bringing their own individual bats and helmets, two things most commonly shared in a baseball game, and DuPont says that there is a plan in place to have a designated person to sanitize the baseballs every inning, as well as the bats after every at-bat.

Additionally, as opposed to some other collegiate leagues, the HRCBL already does not require a player, usually a pitcher, that is not playing that day, to come to the game that particular day anyway. It is especially advantageous, this season with Coronavirus concerns, that that rule is already in place.

“We have gone through great steps to make sure that it is going to be safe for our players,” DuPont said, “we do not want anyone getting sick.”

The contract for the Hudson River Collegiate Baseball League is good for another year to return to play at Greenport Town Park, so DuPont aims to have the teams play at both fields next season as they continue to grow the league.

The HRCBL has two new teams this year, the Mud Cats and the Orioles, and DuPont plans to reintroduce the Bears next year after a year off, and add an eighth team to the mix as well.

So, if you are in the Columbia or Greene County areas and you are craving baseball until the Major League returns in late July, you have a competitive collegiate league that will fill the gap for you and give you a sense of community if you want to come out to see a game.