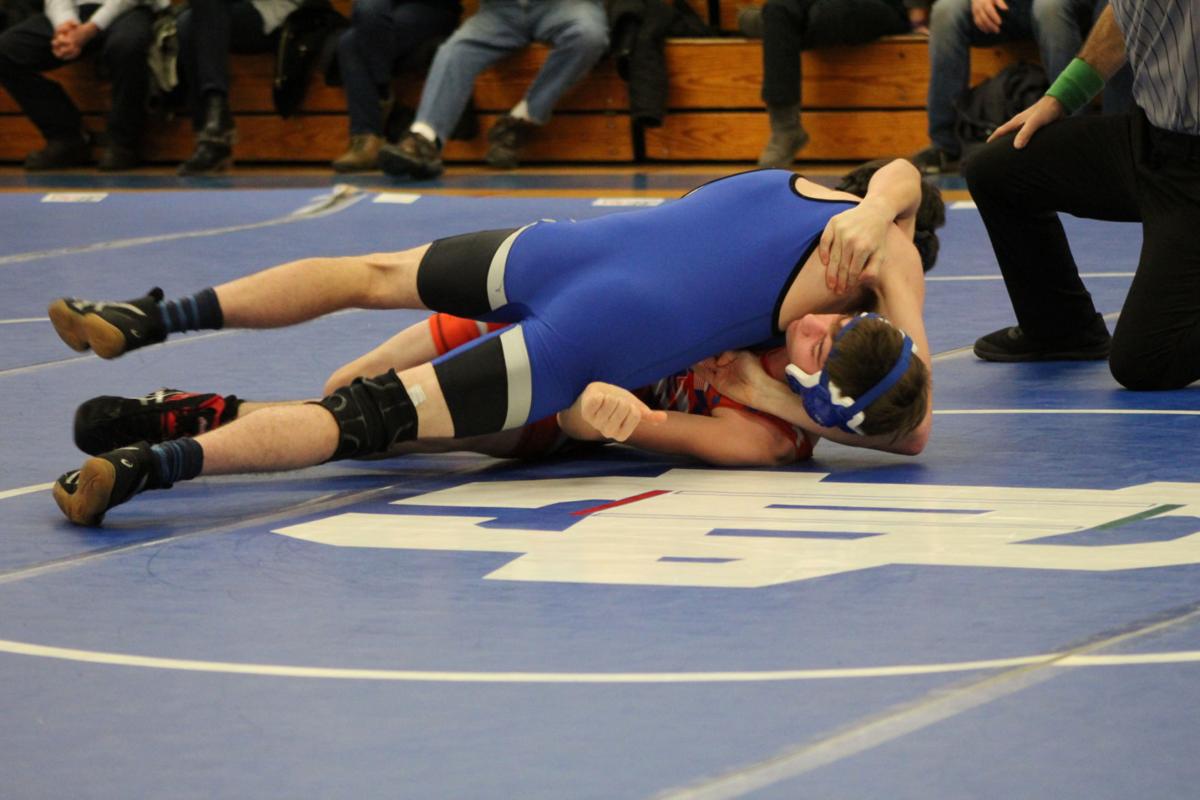 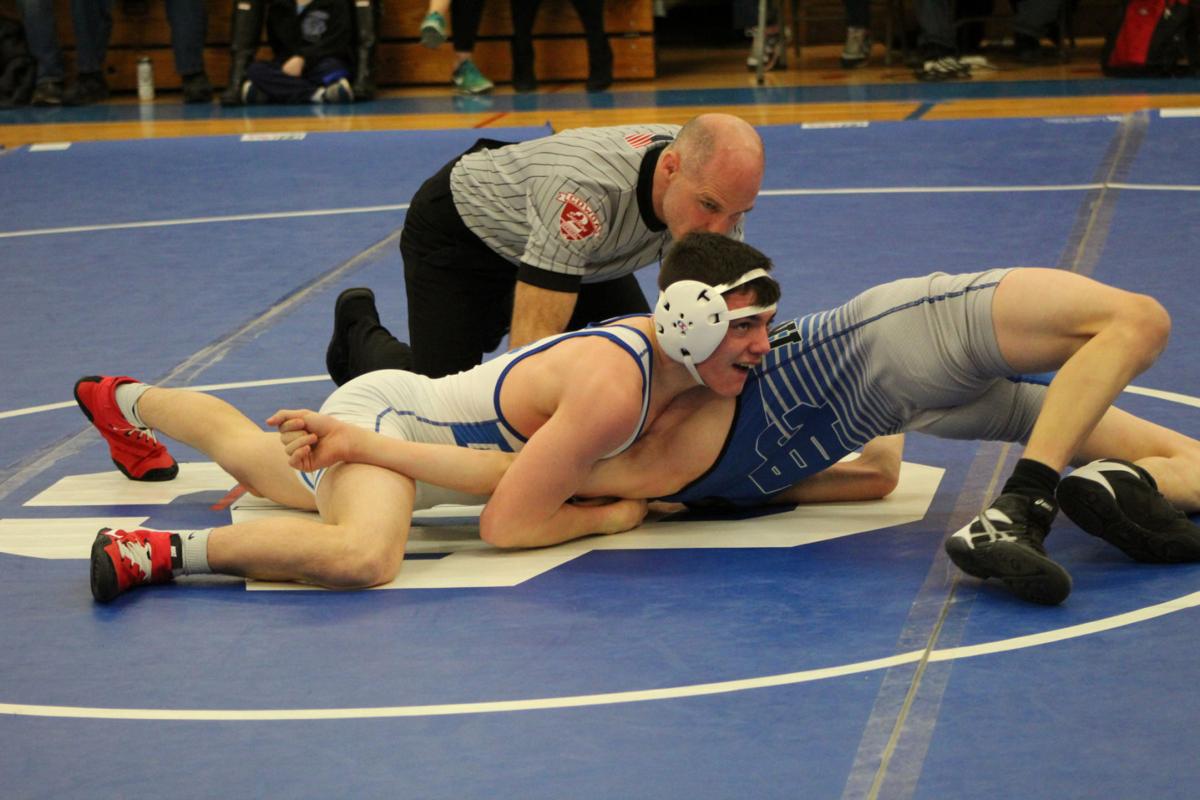 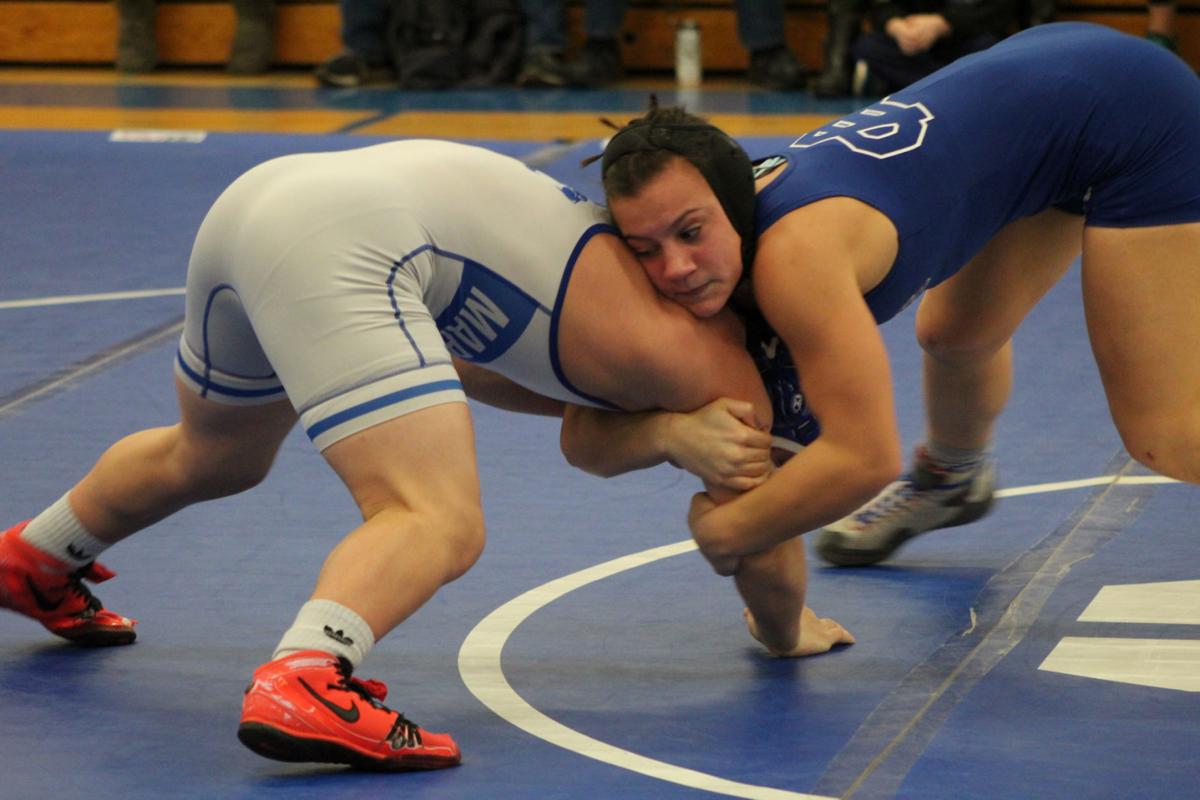 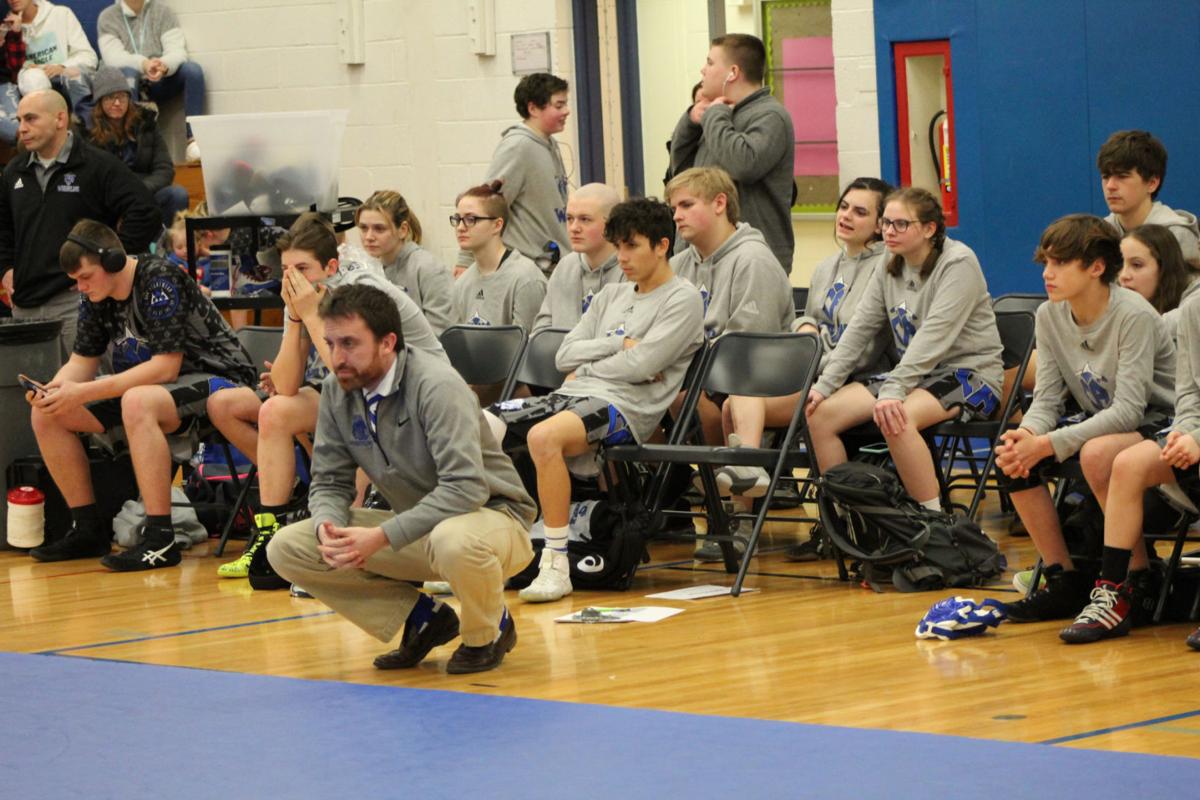 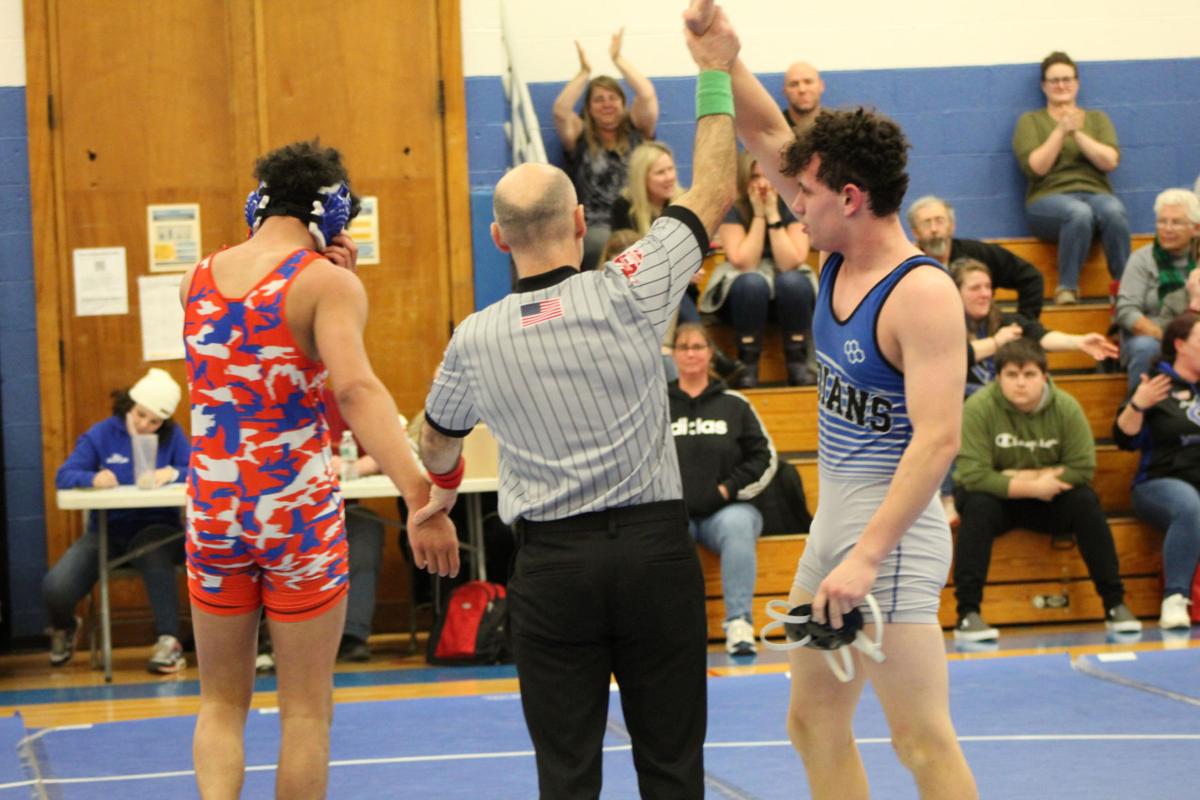 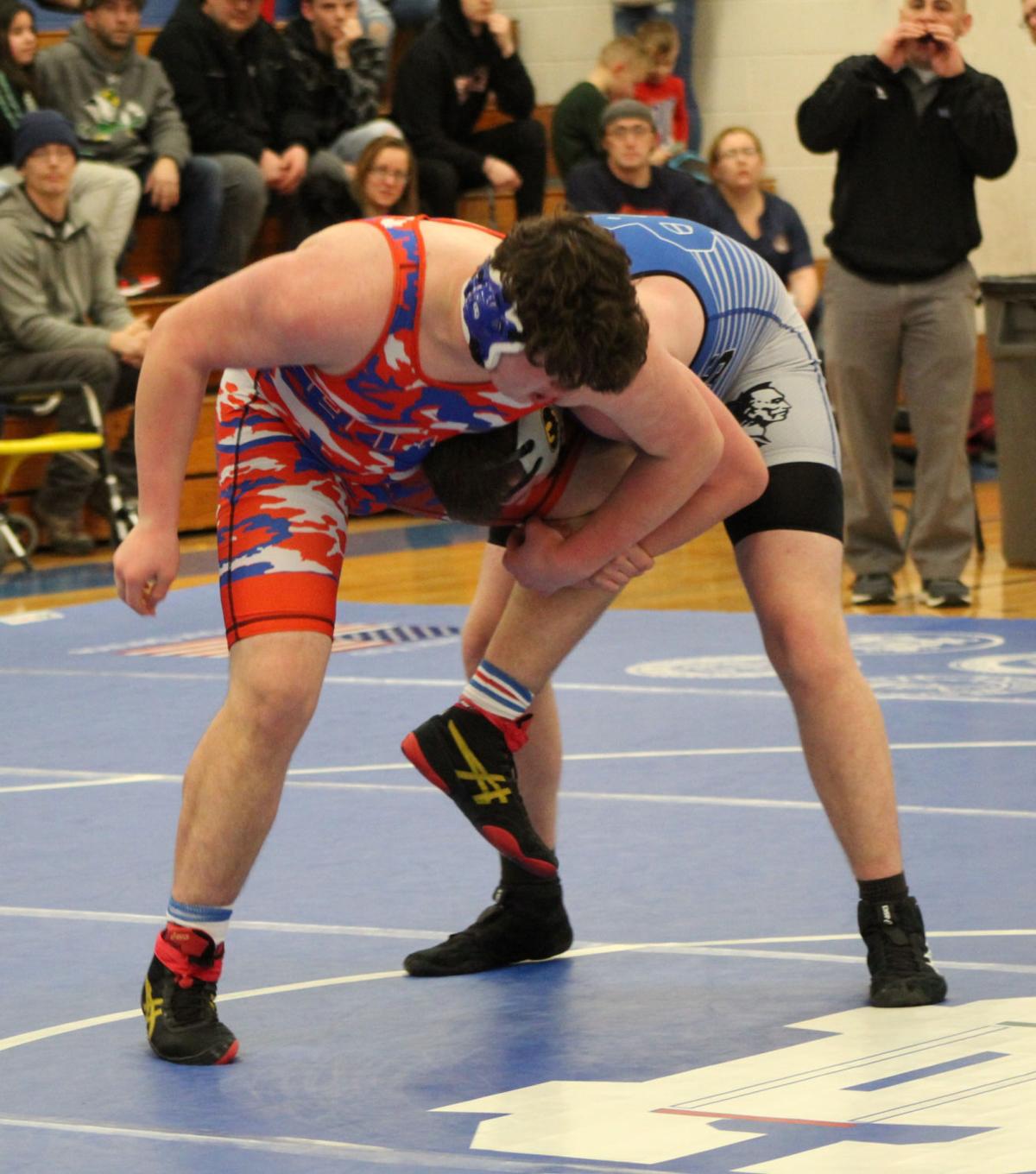 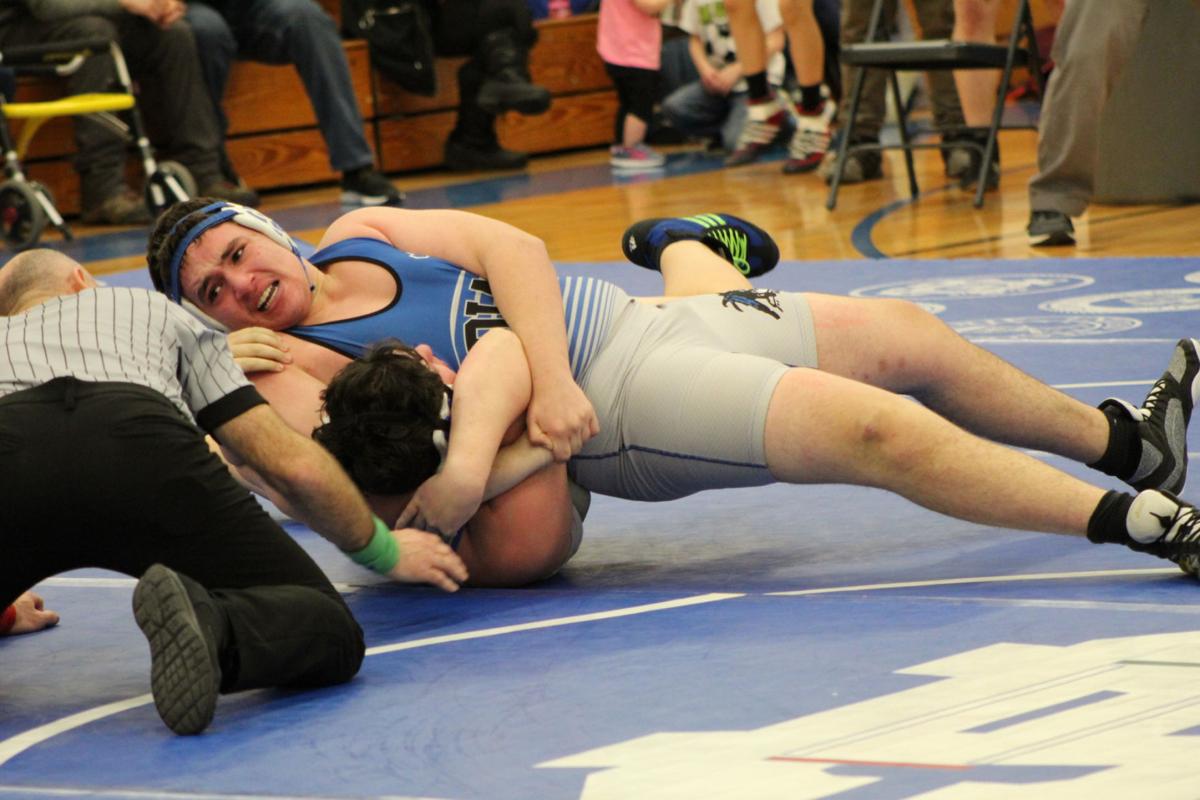 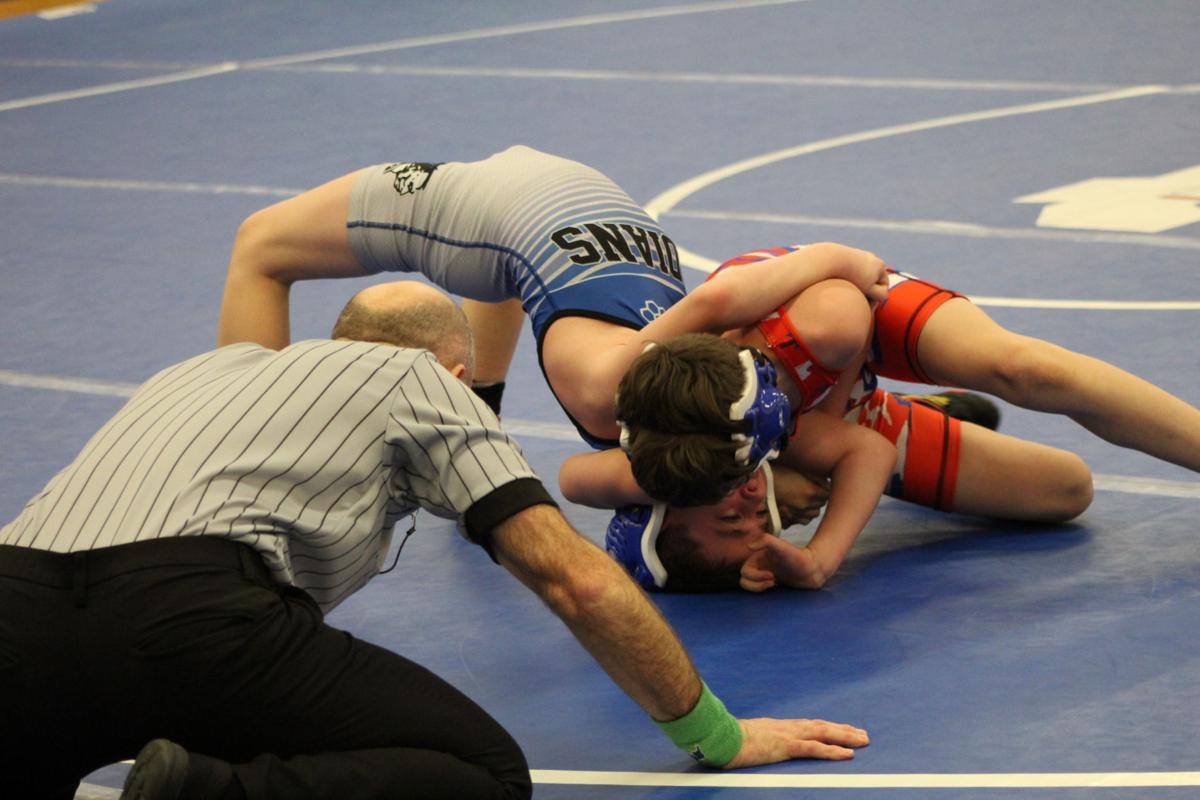 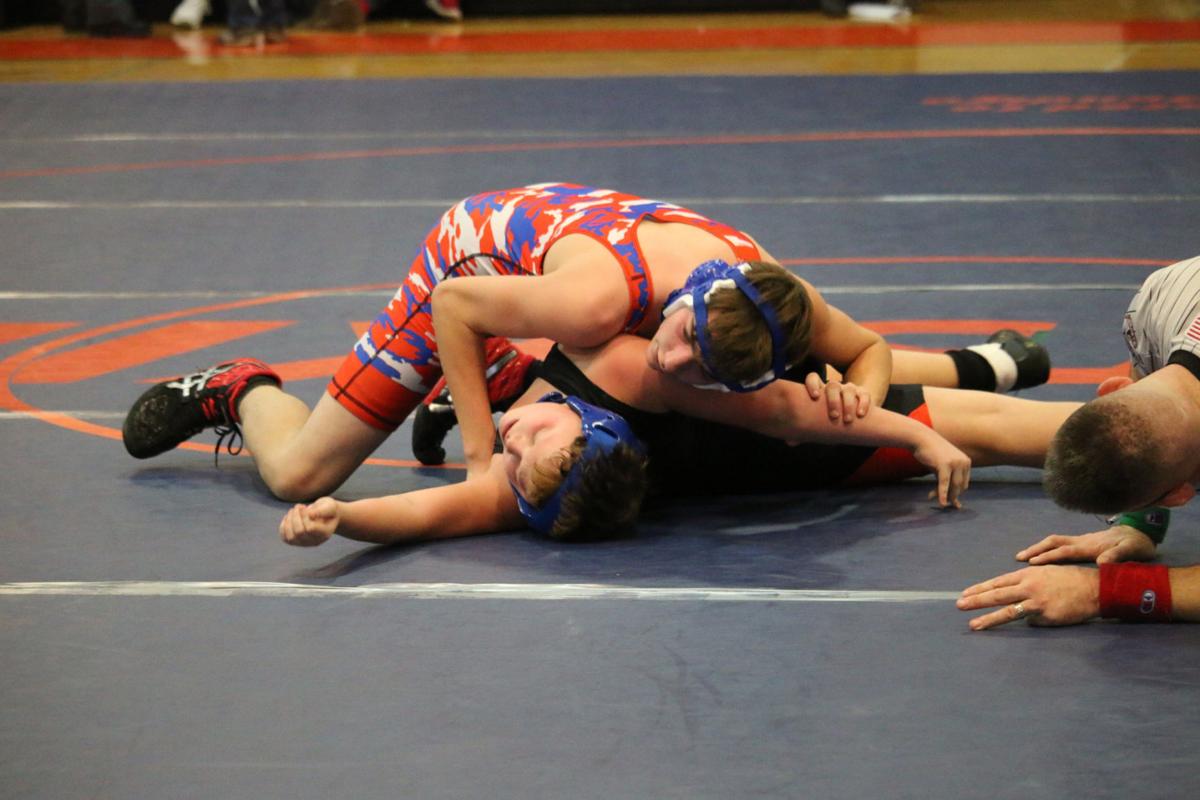 The Indians outscored Maple Hill 48-33, winning six matches via pin, two on the scorecards and one by forfeit.

“Our win was a complete team effort, from the wrestlers to the coaching staff, to the parents, to the custodial staff who helped setup the gym,” Coxsackie-Athens coach Ryan Palmer said. “Without each of these pieces being put together, I’m not sure if Tuesday night would have been in our favor.

“Maple Hill is a very well-coached and dedicated team that we will always respect. Maple Hill Coaches Gibbons, Scheilding, and Gootz were all my youth wrestling coaches when I was a kid, so it is always fun to compete with them. Our program would like to give a sincere thanks to all of the Coxsackie-Athens community members, school staff and wrestling parents for all that they do to support our program.”

Caleb Svingala managed to pick up a victory for Maple Hill over Kyle Green (126) early on, and could only watch from the sideline as the meet slipped away from the Wildcats.

“A huge congratulations to our competitors as they stayed focused throughout the night,” Palmer said. “Initially trailing Maple Hill 0-21 to start off the night, our team was able to rally and get the job done. Back to back conference champions is a great accomplishment to work off of, as we push forward with the individual tournaments ahead; Section 2 Class Cs, Section 2 State Qualifier and the NYS Championships.

“I could not be more proud of this team, what they’ve overcome and the work they put in. As always, I am PROUD TO BE THEIR COACH.”

The Spartans earned three victories by pin, with Bernard Davis, Aiden Cullen and Eric Heath all winning by fall.

Renssleaer led 13-12 after one quarter, but a 21-11 second-quarter run put C-A on top 33-24 at halftime. The Rams pulled to within 48-40 by the end of the third quarter and kept it close in the final stanza, but Kiefer’s clutch free throws preserved the victory for the Indians.

Samir Lockhart hit a game-high 25 for the Rams. Amani Nixon had 15 and Ramell Johnson 11.

The Riders travel to Cairo-Durham on Thursday.