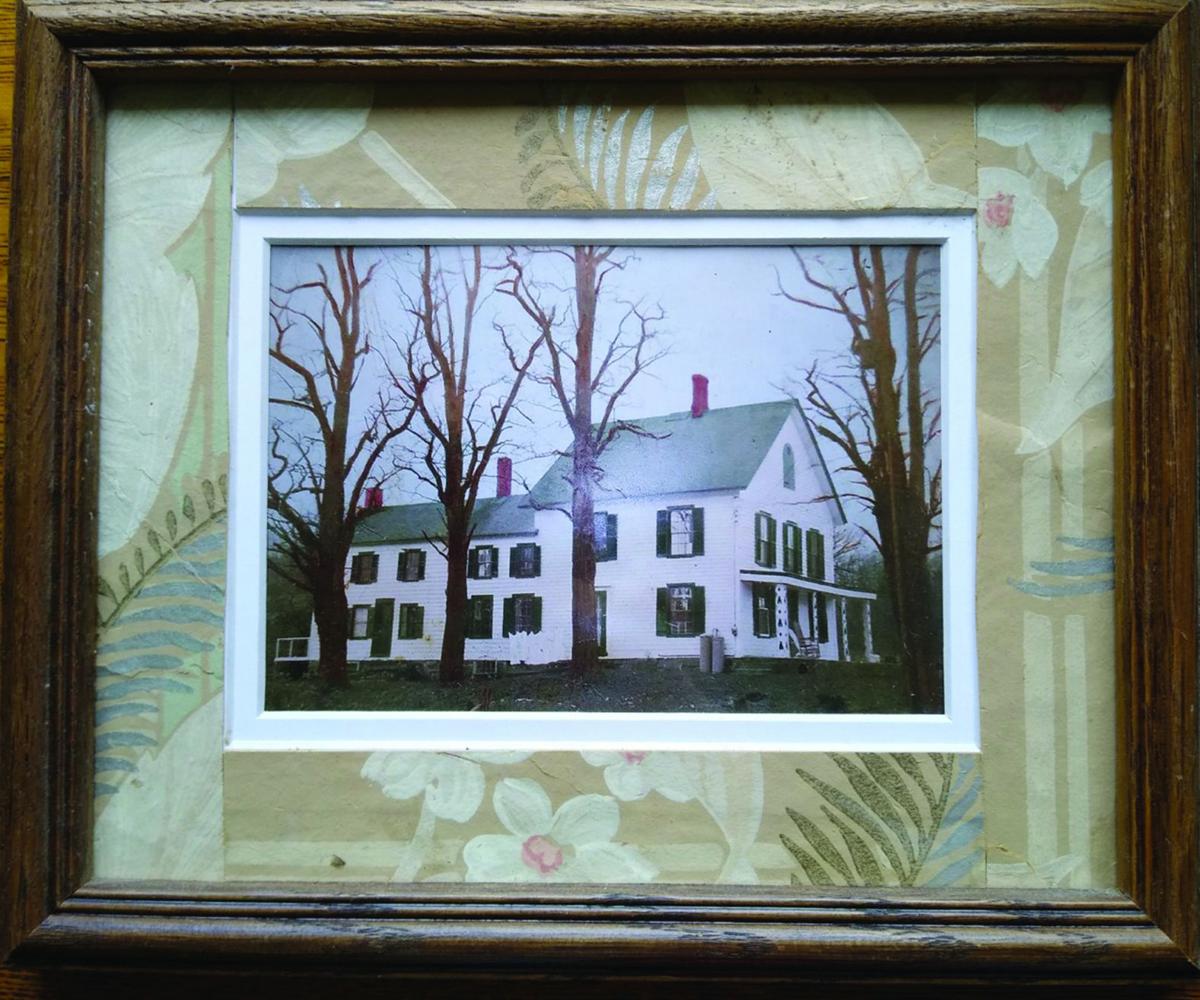 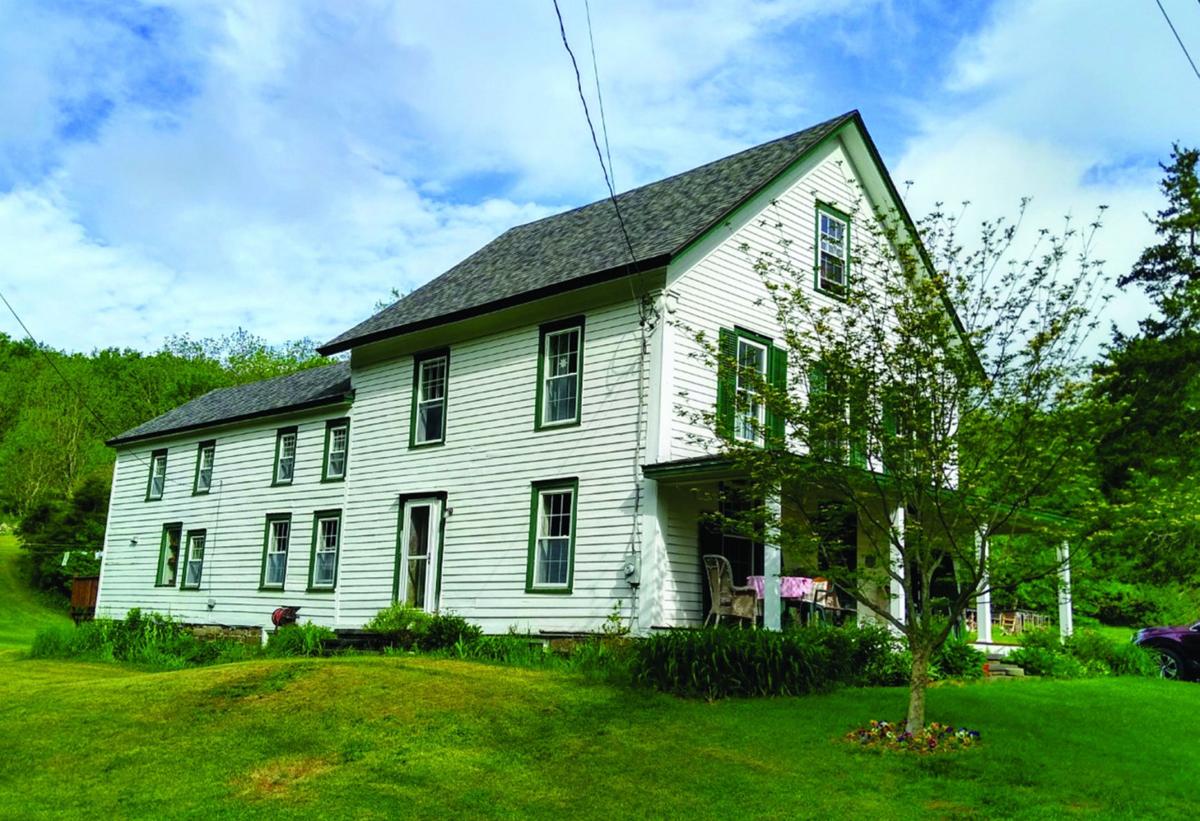 Contributed photoThe way the farmhouse looks today after 15 years of restoration. It would be nice to have those locust trees, but they were taken down by the time we bought the house, leaving enormous stumps behind.

Contributed photoThe way the farmhouse looks today after 15 years of restoration. It would be nice to have those locust trees, but they were taken down by the time we bought the house, leaving enormous stumps behind.

About two months ago the Greene County Historical Society started a weekly electronic newsletter called “Greene County’s Good News Letter” as a way to stay connected with our membership during the COVID-19 pandemic. Following is an article by Terez Limer that caught my eye. I thought it might interest my readers as well — particularly those restoring old homes. For many years Terez has chaired the society’s annual home tour which was cancelled this year due to the pandemic. This year would have been our 44th.

Each House Has a Life, a Story to Tell

For 15 years after we bought our rundown circa 1850s farmhouse, we had no historic picture to help us envision the life it had led before we bought it. We found clues when we stripped it down to post and beam and dug up the land to add a well and redo septic lines. The stumps of the trees on the south side of the house were enormous. We heard from neighbors that there had been a line of black locust trees there. We have one left — a tall twisted survivor of yesteryear.

We found old bottles in the walls, some coins (but not the treasure we were secretly hoping for), shards of pottery, a rusted cookie cutter in the shape of a hand with a heart in its palm, old magazines and newspapers used as wall insulation and many, many layers of wallpaper. We found old chimney pots in the upstairs floors and hanging chimneys behind drop ceilings. These too were clues.

We were lucky to have a visit early on from one of the daughters who had lived on the farm just before it was sold out of the family. She drew a floor plan from memory and gave us copies of some family photos taken on the lawn and in front of the big dairy barn (now gone) that was located across the street.

There were no interior reference photos, and the layout had been changed drastically. We put the house back together with as much deference to its age as we could. From one window that had its original moldings, our carpenter recreated window moldings for those in the rest of the house that had been removed for paneling. We pulled up carpeting, plywood and old linoleum to reveal the wide board floors. The house began to feel like home instead of a never-ending project that perhaps we were unwise to have taken on.

But through it all, I longed for an exterior picture of the house that would portray its existence at a certain time in its long life. Two years ago, we were surprised by a visit from the family that owned it for 50 years before we bought it. They had fond memories; they wanted to see what had happened to the “farm” that was their summer home all those years. We enjoyed showing them the work we had done. They were overjoyed to see the claw foot tub still in use in the upstairs bathroom and the cupboard under the stairs that had served as their childhood grocery store. Before they left, I asked if they had any historic photos they could share with me. I received one shortly after by email.

To me it is a treasure. There along the south side were the majestic locust trees that were cut down. There were the chimneys — three of them but not one in the location of our current chimney. There were the window shutters — so many shutters. We have six sets of shutters for the larger windows on the front and north side. I was amazed that even the small windows on the older part of the house were graced with shutters. There was the curved front attic window with its own curving shutters I guessed would have been there, though by our time it had been replaced with a traditional double hung window.

Why does this photo matter so much to me? I have it framed with a border mat covered with scraps of the antique wallpaper I saved. It has pride of place on a wall in the dining room. It matters because my house has had a very long life, and the photo links me to that life in a tangible way. It has outlived the farming family that built and owned it for 100 years. I know they loved it. I’ve found dates and signatures on the underside of the front stairway, in the attic, even carved into a slate stone uncovered during restoration.

Houses have lives that reach back before our tenure. Having an historic photo is like finding long lost relatives and hearing their stories. I have been involved with the Historical Society’s tour of homes for 20 years. Each year I hear the stories of the houses and their owners. Each year I connect with other people who feel the way I do — who want to know the stories, the ups and downs, the lost and founds, the trials, tribulations and joy of restoration.

People ask if I have a favorite. I don’t. Each house has a story worth hearing; each owner has tales to tell. Every house has a life I want to know about. I know that once we can resume holding our annual event, I will have the privilege of hearing those stories and learning from them.

To reach columnist David Dorpfeld, e-mail gchistorian@gmail.com or visit him on Facebook at “Greene County Historian.”