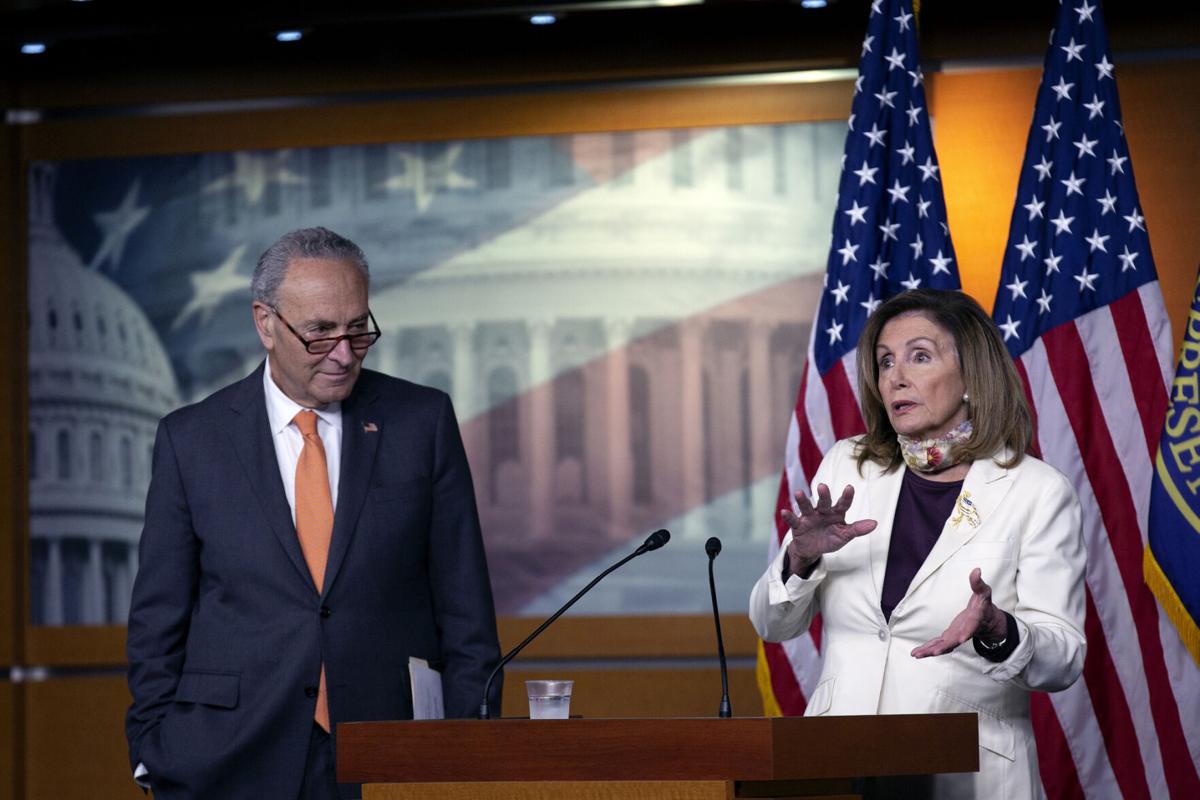 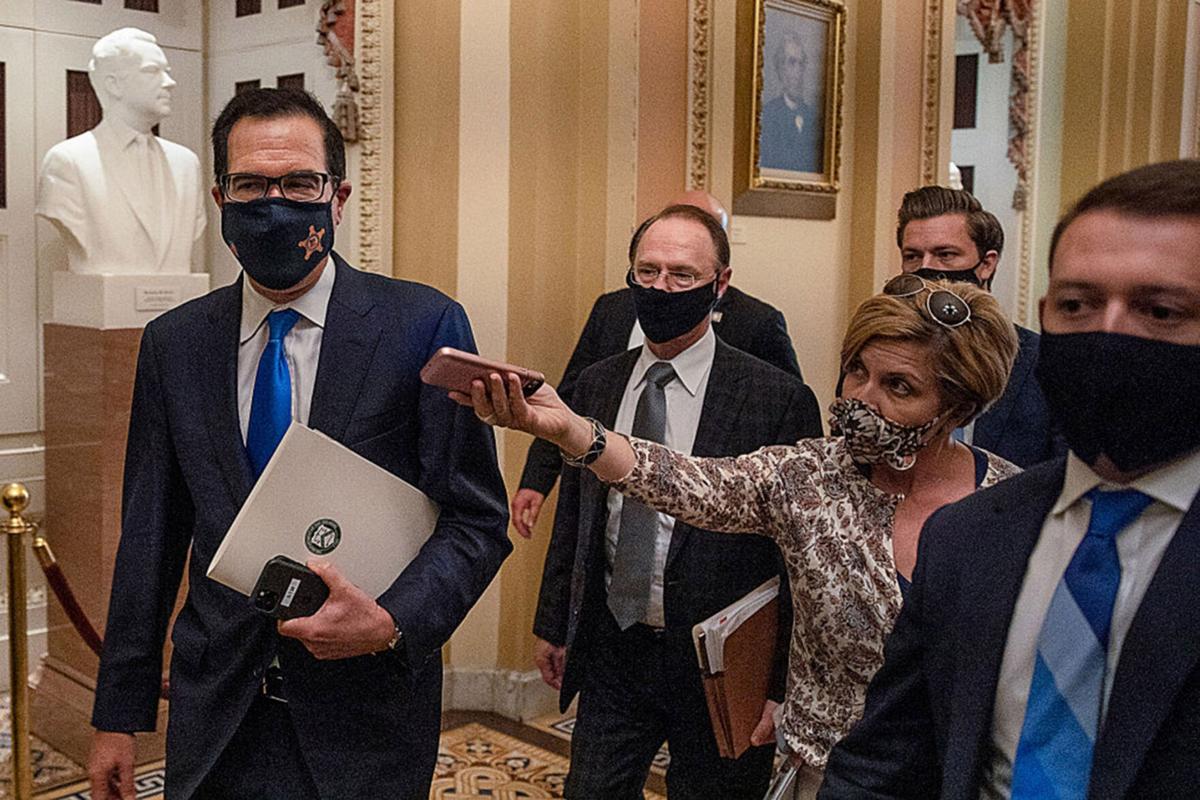 U.S. Democratic leaders Wednesday came out in support of a bipartisan $908 billion COVID-19 relief package as federal powers prepare to transition to President-elect Joe Biden’s administration next month, but the scaled-back proposal troubles U.S. Sen. Kirsten Gillibrand, who said it inadequately funds essential programs to help millions of Americans through the coronavirus pandemic.

A bipartisan group of lawmakers in the House and Senate took initiative by proposing a $908 billion COVID aid bill Tuesday afternoon, which includes $300 a week in unemployment benefits for 18 weeks and $160 billion for states and localities — less than one third of the $500 billion Democrats requested for local governments.

“While we made a new offer to Leader McConnell and Leader McCarthy on Monday, in the spirit of compromise, we believe the bipartisan framework introduced by senators yesterday should be used as the basis for immediate bipartisan, bicameral negotiations,” according to a joint statement from Pelosi and Schumer on Wednesday. “Of course, we and others will offer improvements, but the need to act is immediate and we believe that with good-faith negotiations, we could come to an agreement.”

“This distribution effort will be led by the states further increasing the need for funding for state and local governments,” Schumer and Pelosi said. “In light of the urgency of meeting the needs of the American people and the hope that the vaccine presents, it’s time for Leader McConnell to sit down with Democrats to finally begin a true, bipartisan effort to meet the needs of the country.”

Top federal lawmakers have remained at a stalemate for months while negotiating a supplemental coronavirus relief package.

House Democrats passed a $3 trillion federal HEROES Act coronavirus relief package in May, and then passed a modified $2.2 trillion version in October. The lack of funding for localities will cause public transportation fares, tolls and property taxes to increase, Cuomo said, as the state anticipates 20% cuts to school aid.

Senators on Capitol Hill released a $1 trillion plan in late July to send $1,200 payments to most Americans and shield businesses, schools and other organizations from lawsuits stemming from COVID-19 infections, but the package did not include local aid funding and lawmakers did not reach an agreement.

Before Pelosi and Schumer announced their plan to back the bill, Gillibrand urged Senate colleagues Wednesday to extend enhanced unemployment benefits in the next relief bill, including Pandemic Unemployment Assistance and Pandemic Emergency Unemployment Compensation programs set to expire Dec. 26.

PUA provides unemployment assistance to domestic and freelance workers, contractors and others in alternative work arrangements while the PEUC program provided a temporary 13-week extension of unemployment benefits.

An estimated 12 million workers are expected to lose unemployment benefits if they expire this month, according to Gillibrand’s office.

“For months, many families have been one missed paycheck away from a financial crisis and now this holiday season will carry the additional worry of being able to make ends meet when these critical programs expire,” Gillibrand said in a statement Wednesday. “It is unbelievably cruel that Senate Republicans have dragged their feet through most of the year and failed to pass a relief package to prevent this. As coronavirus cases rise again in every corner of our country, the need for support is urgent. The Senate must act to extend these vital unemployment benefits and I’m urging Leader McConnell to finally prioritize the needs of struggling families.”

“I am very troubled that it’s not a lot; the city and state money is woefully inadequate,” Gillibrand said, adding she’s grateful for the inclusion of unemployment insurance, money for small businesses, vaccine development, housing relief, child care, opioid treatment and $26 billion for agriculture and nutrition, among other important measures.

“I’m going to have to think long and hard about it,” the senator said of supporting the package lawmakers have negotiated since May. “I’m not optimistic we will get a vote because Mitch McConnell has been unwilling to negotiate anything. I will spend time on this as we need relief desperately.

“It’s so little compared to the relief we need, but I’m going to think about it because it has a lot of the things I’m going to ask for,” Gillibrand added Tuesday. “It’s a lot less than I’ve asked for, but at least it has some.”

The state received $5.1 billion in CARES Act funding it must allocate for pandemic costs expires Dec. 31, state Budget Director Rob Mujica said Wednesday during a coronavirus briefing in the state Capitol. The bill did not provide assistance to state or local governments to cover financial shortfalls.

The state will search for additional federal aid or reimbursements to make up the difference, or add it to the state’s mounting budget gap, Mujica added.

Cuomo has pleaded with federal lawmakers and representatives since the spring for officials to help state and local governments. He repeated his plea Wednesday as states lack proper funding to successfully administer a COVID-19 vaccine to the public.

“Washington has to pass a stimulus including state and local funding and vaccine funding, or you will see states go bankrupt,” Cuomo said. “When states go bankrupt, the nation goes bankrupt. I talk to governors all day long — they’re all feeling financial pressure.”

The financial fight has continued through much of 2020 as the pandemic ravaged the nation and U.S. economy — especially as the Nov. 3 presidential election loomed.

“The election is over,” Cuomo said Wednesday. “This was a political argument that had nothing to do with reality. Businesses need help, Americans need help — we have to administer a vaccine policy. Stop the politics.”