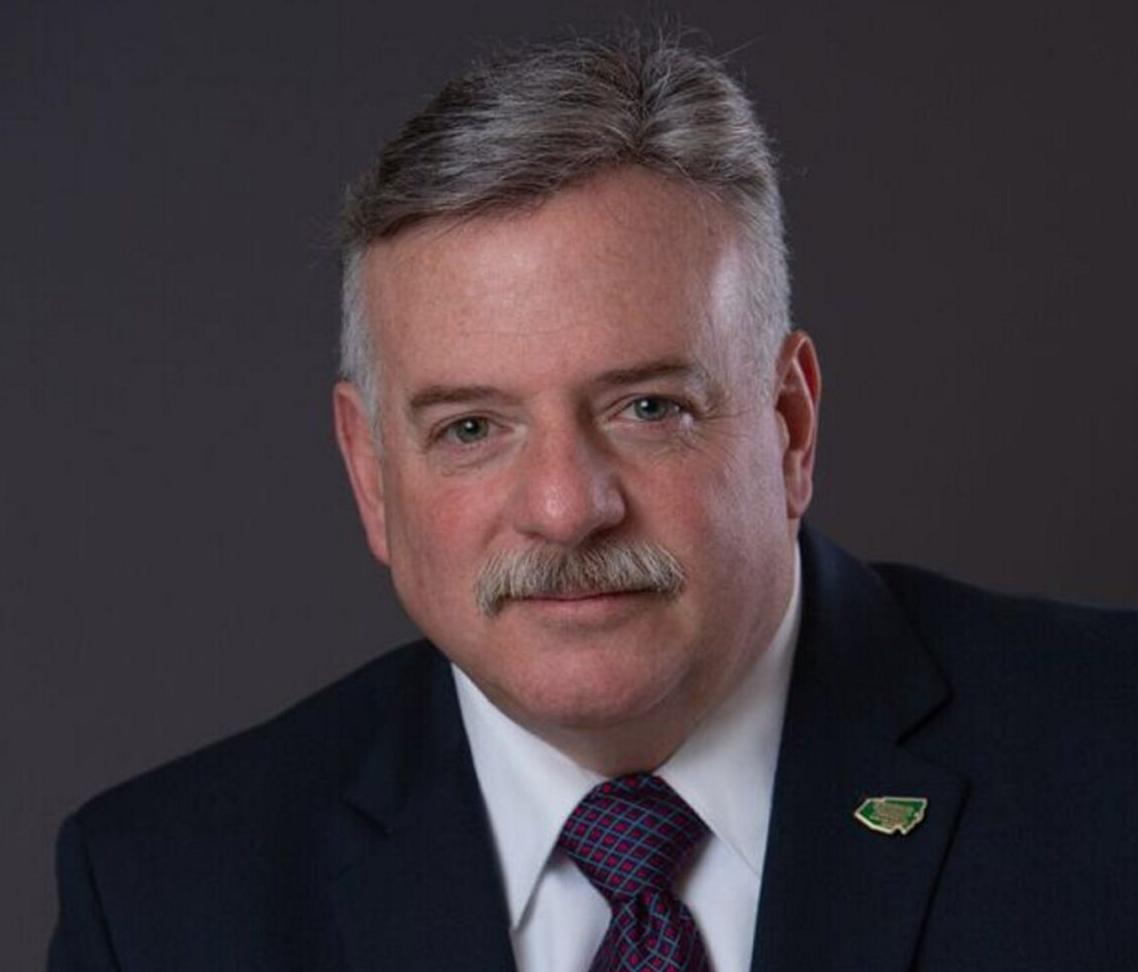 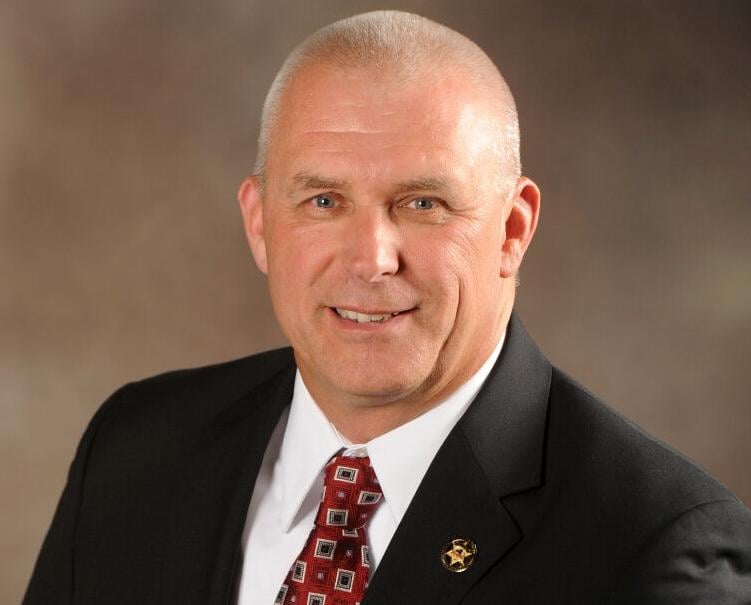 The restrictions on private gatherings went into effect Nov. 13, along with regulations for gyms and establishments licensed by the state Liquor Authority to close by 10 p.m.

Cuomo addressed the pushback from county sheriffs in a briefing last Wednesday.

“There’s a law and you have to enforce the law or don’t call yourself a law enforcement officer,” Cuomo said.

The mandate has earned criticism among the law enforcement community for being unenforceable and unconstitutional.

“The Greene County Sheriff’s Office is not going to be actively enforcing executive orders regarding gatherings in people’s homes,” Kusminsky said in a statement. “We do not have the resources or inclination to peep into everyone’s home to see how many people are at the dinner table.”

The sheriff’s office is not encouraging residents to have large gatherings, Kusminsky added.

“We want citizens to use their own best judgment and remain safe,” he said. “We do not know the correct number for safety. We doubt anyone does. Would a gathering of 11 people be substantially more dangerous than a gathering of 10?”

Other factors need to be considered, Kusminsky said, such as if any of the occupants or guests are high-risk, where guests are traveling from, the size of the home and if anyone has been recently exposed.

“We do not know if the Governor’s limit on home gatherings to ten individuals is the right number or not,” said Charles J. Gallo, deputy executive director of the New York State Sheriffs’ Association in a statement. “That is a decision for science, not us, to make. We do know, however, that the Governor has attempted to foist upon local law enforcement an impossible task. How are officers to know, without violating citizens’ right to privacy and other Constitutional rights, how many people are in the home?”

“Columbia County Sheriff’s Office will not be participating in the enforcement of New York State’s Thanksgiving gathering restrictions,” Bartlett said in a statement. “We hope that everyone will be mindful of the current health pandemic as we enter the holiday season. Enjoy this time with your families.”

As the Thanksgiving holiday rapidly approaches, new COVID-19 cases are popping up in local schools.

Greenville Central School reported three new cases over the weekend, bringing its total since the beginning of the school year to eight.

The employee had not been on campus since Nov. 12, according to a letter from Superintendent Tammy Sutherland.

The high-school students were last on campus Nov. 18.

It is unclear when the middle and high school campus will reopen.

“Once contact-tracing efforts have been completed, families will be notified when the building will be reopened for students,” Sutherland said.

Coxsackie-Athens Central School reported its first two cases Friday, two middle-school students from the same household who have not attended school in person since Nov. 10.

“This situation has not created an exposure in the building,” Superintendent Randall Squier wrote in a letter to parents. “There is no new risk associated with this situation to other students or staff.”

Catskill Central School has reported two cases to date, with Cairo-Durham and Hunter-Tannersville each reporting one case.

Germantown Central School District announced Monday it would be switching to remote learning until Dec. 7 after a staff member tested positive for COVID-19.

“We understand this is a significant change for our students, staff members and families. This decision was not made lightly,” Superintendent Benjamin Bragg wrote in a letter to district families. “Over the past week, we have seen a significant increase in positive cases both in our school district and throughout our region and feel this is a necessary action to keep our students as safe as possible. Our top priority is the health and safety of our entire school community.”

Last Friday the district announced students would be learning remotely until Nov. 30 after a staff member exhibited COVID symptoms. Bragg said the district plans to return to in-person learning Dec. 7.

The district’s high-school students have switched to remote learning for Monday, Tuesday and Wednesday of this week and will return to in-person learning after the holiday break.

The positive student had last been in school on Nov. 13, according to a letter sent to district families from Guntlow.

“In the event that there are any further developments or if additional information regarding this matter becomes available, the school community will be informed as soon as possible,” Guntlow said. “Thank you for your understanding and continued partnership in keeping our community as safe as possible.”

Any students or staff who had been in close proximity with the positive student have all been notified about the mandatory quarantine period according to the letter.

New Lebanon Central School District announced it would be switching to remote learning until Nov. 30 after a positive case surfaced in the district’s transportation department.

Taconic Hills announced last Friday it had two students and two staff members who tested positive. According to a letter sent to district families Friday, 13 students and six staff members had to quarantine in connection to the positive cases.

Columbia County has had a total of 922 positive COVID cases since the beginning of the pandemic. There are 87 active cases in the county. There are 17 county residents hospitalized because of COVID-19, with two in the intensive care unit.

Greene County cancelled testing yesterday. Next week there will be no county testing in Catskill either! One way to be responsible before risking your relatives is to get tested prior to a gathering. In May I to demand that the county and village law enforcement wear masks.

Re: Demand to enforce COVID-19 protective practices by County and Village police

This is a request, in your role as Director of Public Health, to provide instruction to the County Police regarding COVID-19 protective equipment and procedures, then ORDER that they wear protective protection, and then enforce the procedures.

Then, in your role as Director of Public Health, provide instruction for the Village of Catskill Police regarding COVID-19 protective equipment and procedures, then ORDER that they wear protective protection, and then enforce the procedures.

As you know binding State Executive Order from Governor Cuomo requires masks to protect from COVID-19.1

The COVID-19 statistics for Greene County are not good.2

The behaviors of the Village of Catskill Police put me in danger by exposure to their staff without masks.

This is a request to respond in writing that you will instruct and order that County and Village police wear protective equipment and use COVID-19 safe protocols.

I’ve worked since 9/11 to make Greene County safe for myself and family. So far I’ve failed. The COVID-19 response doesn’t seem adequate. The failure of the County and Village police to follow safe practices must change. As you know, management of this virus, absent an effective vaccine, requires safe distancing, face masks, and all other due caution.

Members of the press and public

Thank you to the Sheriffs for their courage and integrity upholding the constitution. I am grateful to be living here in Columbia County.

It’s entertaining how butthurt and delusional people get over something, that in the grand scheme of things, means little or nothing.

It's one ting for Sheriffs to point out valid reasons why enforcement is impractical, impossible or ill advised. I believe even the Governor himself has candidly referenced as much as he begs people to follow rules and guidelines developed by epidemiologists . It's entirely another thing for them to directly doubt and undermine the wisdom of their elected superiors and public health experts. It's incredibly disappointing to see those charged with protecting the public unnecessarily advocate against valid, potentially life saving measures with snarky "gotcha" remarks during this time of community sacrifice.

I read both articles by Sheriff Bartlett and Sheriff Kusminsky again. No where did I see a "snarky" "gotcha" remark. People are missing their points. It's illegal to enter a private home uninvited without a search warrant. Cuomo's executive orders are not laws.

Here's the snarky, unhelpful remark, “We do not know the correct number for safety. We doubt anyone does. Would a gathering of 11 people be substantially more dangerous than a gathering of 10?” And, never said Cuomo's executive order is law.

Frosty.....Google the definition of "Snarky". The definition does not fit your assessment of the Sheriffs' remarks.

Does the Sheriff apply this logic to all of our laws and rules? If so, and I am ever stopped for speeding in his county, I fully expect my argument "We do not know the correct number for safety. Would a few miles over the limit be substantially more dangerous?" to be heeded. I have a feeling though that it would meet with a similar amount skepticism that many of us view his comments on the rules this Thanksgiving. If all of society's laws and rules are just guidelines not meant to be the responsibility of law enforcement, what is their job?

So I'm guessing you did not read the whole comment by Sheriff Kusminsky or it did not register in your head. The Sheriff said that enforcing these executive orders would be unconstitutional. He also said that officers would need a search warrant to enter someone's home. He consulted with the county's attorney. He agreed with the sheriff. Read the full comment sir!