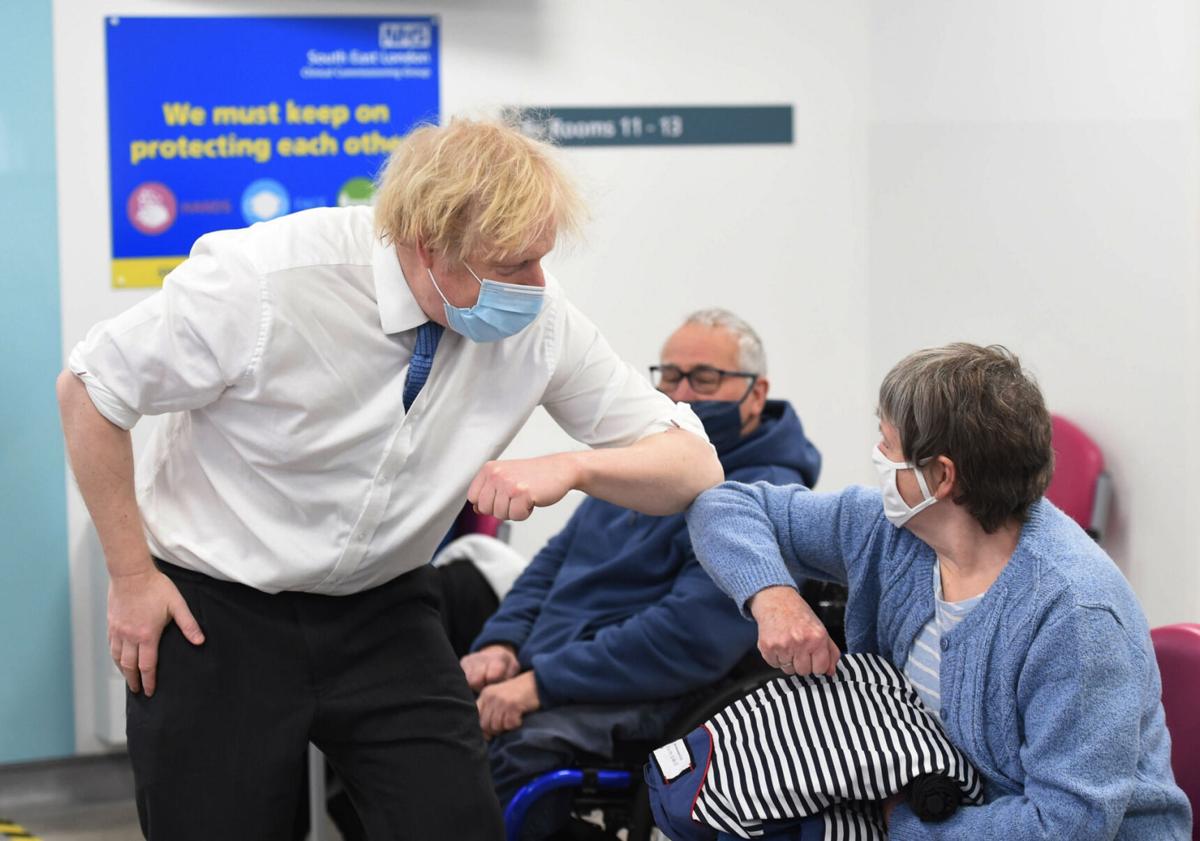 Britain’s Prime Minister Boris Johnson, left, greets the public at the coronavirus vaccination hub at the Health and Well-being Centre in Orpington, southeast London on Monday, Feb. 15, 2021. Two cases of a variant of COVID-19 first discovered in the UK in December were found in Albany County over the weekend. Jeremy Selwyn/Pool/AFP/Getty Images/TNS 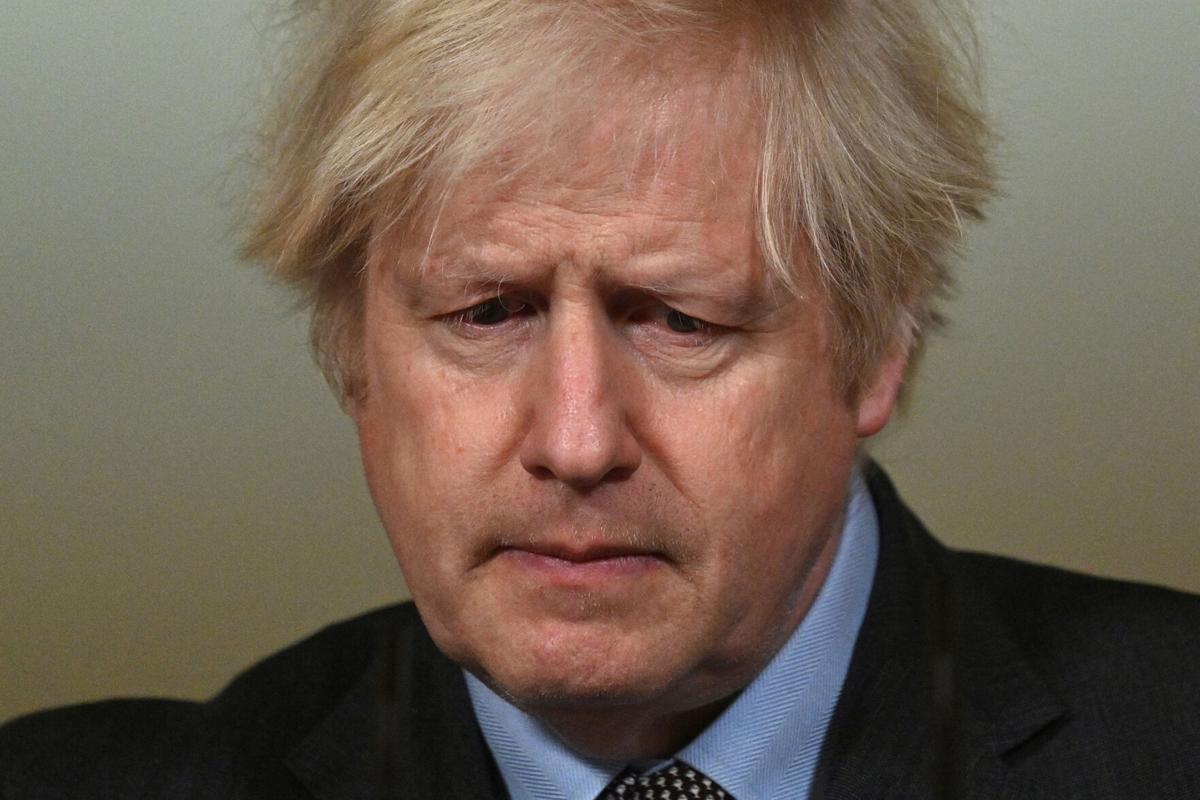 Britain’s Prime Minister Boris Johnson, left, greets the public at the coronavirus vaccination hub at the Health and Well-being Centre in Orpington, southeast London on Monday, Feb. 15, 2021. Two cases of a variant of COVID-19 first discovered in the UK in December were found in Albany County over the weekend. Jeremy Selwyn/Pool/AFP/Getty Images/TNS

New cases of more transmissible variants of COVID-19 have not been discovered in the Twin Counties as mutations of the virus continue to spread across the state and the Capital Region, officials said Monday.

The state’s Coronavirus Task Force and health experts are working to determine community spread of mutated strains of the coronavirus, including a variant discovered in the United Kingdom in December reported to be 70% more transmissible.

Two cases of the U.K. variant were discovered in Albany County over the weekend — two teenagers from a youth congregate setting, according to a statement from Albany County Director of Communications Mary Rozak on Monday.

County representatives would not name the facility to avoid identifying the patients.

State health officials at the Wadsworth Lab decide which New Yorkers receiving a COVID-19 test should be screened for other variants.

The extensive genome analysis can take between 36 and 48 hours for results, delaying notifying residents and reducing community spread.

Neither the UK variant nor cases of other COVID-19 strains have been discovered in the Twin Counties.

Columbia County Department of Health Director Jack Mabb said he is not sure why or how Wadsworth screens some tests for the variants.

“Scientists tend to look at these things as sort of random, that they randomly select some of these tests,” Mabb said. “It would be really interesting to find out because if you listen to Dr. [Anthony] Fauci, it’s a lot more widespread in the community across America, not just New York, a lot more widespread and yet we only have a very limited number of confirmed cases.”

The state’s first case of the South African variant was announced over the weekend.

A Nassau County resident tested positive for the COVID strain, according to a statement from Gov. Andrew Cuomo’s office.

The resident’s COVID test was checked randomly for the variant at Opentrons Labworks Inc’s Pandemic Response Lab — a commercial lab in New York City. The results were verified at the Wadsworth Center in Albany.

“This is public health in action,” a spokesperson with the state Health Department said. “When you’re looking for it, you’re going to find it.”

The state lab tests daily for cases of other emerging mutations hailing from South Africa and Brazil.

The state reported 54 new cases of the UK variant over the weekend, bringing the total number to 136 over the last two months.

The Health Department could not confirm additional cases Monday, representatives said, as test results for the variants take several days.

Mabb suspects the Health Department screens for other variant strains through a randomized method, adding the first few cases of other COVID strains in the U.S. were discovered in people who had not recently traveled out of the country.

“We can’t know, but I think just the way this thing has spread, the way coronaviruses work in general, I think it’s out there quite a bit more prevalent than everybody thinks it is,” Mabb said.

The other strains have also not been detected in Greene County as of Monday, Greene County Legislature Chairman Patrick Linger, R-New Baltimore, said.

If a county resident tests positive for a COVID-19 variant, not much would change, Linger said.

“I don’t really know if it would make a difference for us as far as a response goes,” he added. “There’s not any different treatment for any of them. I know the media likes to make a big deal out of these types of things, but I’m not sure it would change what the response is.”

Coronavirus tests and vaccines administered at county sites do not change based on different strains of the virus.

Linger fully expects other strains to eventually be found in the county because of nearby cases in the Capital Region and surrounding areas.

New Yorkers who request a COVID-19 test are not asked if they would like to be tested for other variants.

The state Health Department requests local labs to provide samples of positive COVID-19 testing sequences to determine if the virus mutated to a different variant, such as the UK strain.

“We continue to see a reduction in positivity and hospitalizations throughout the state, which is good news, and this progress is allowing us to reopen the valve on our economy even further,” Cuomo said in a statement Sunday. “But with the discovery of a case of the South African variant in the state, it’s more important than ever for New Yorkers to stay vigilant, wear masks, wash hands and stay socially distanced. We are in a race right now — between our ability to vaccinate and these variants which are actively trying to proliferate — and we will only win that race if we stay smart and disciplined.”

Reports have changed about how contagious or lethal the new virus strains are over the last two months. Officials continue to test Pfizer and Moderna’s COVID-19 vaccines for efficacy against the other variants.