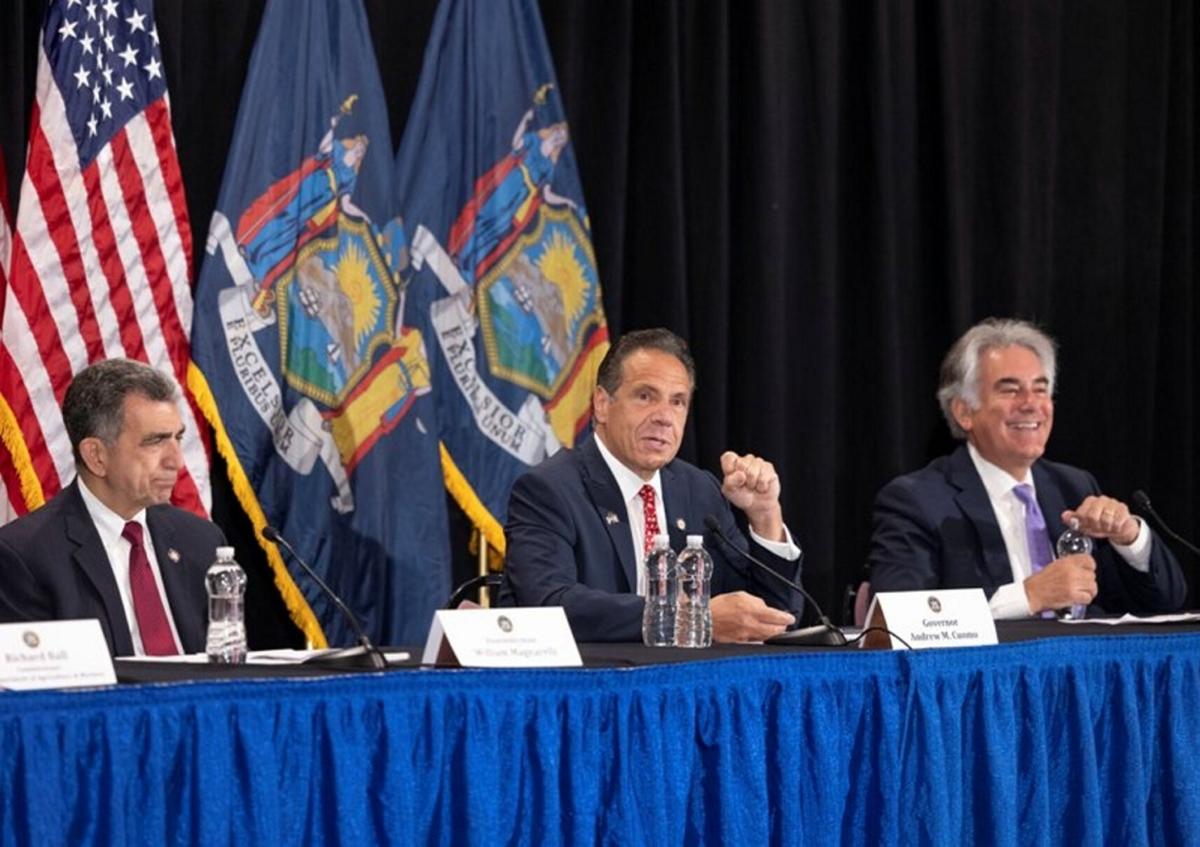 Gov. Andrew Cuomo, center, speaks at a COVID-19 briefing in Syracuse on Monday with officials who lead the planning and operations for the annual New York State Fair. Courtesy of Gov. Andrew Cuomo's Office 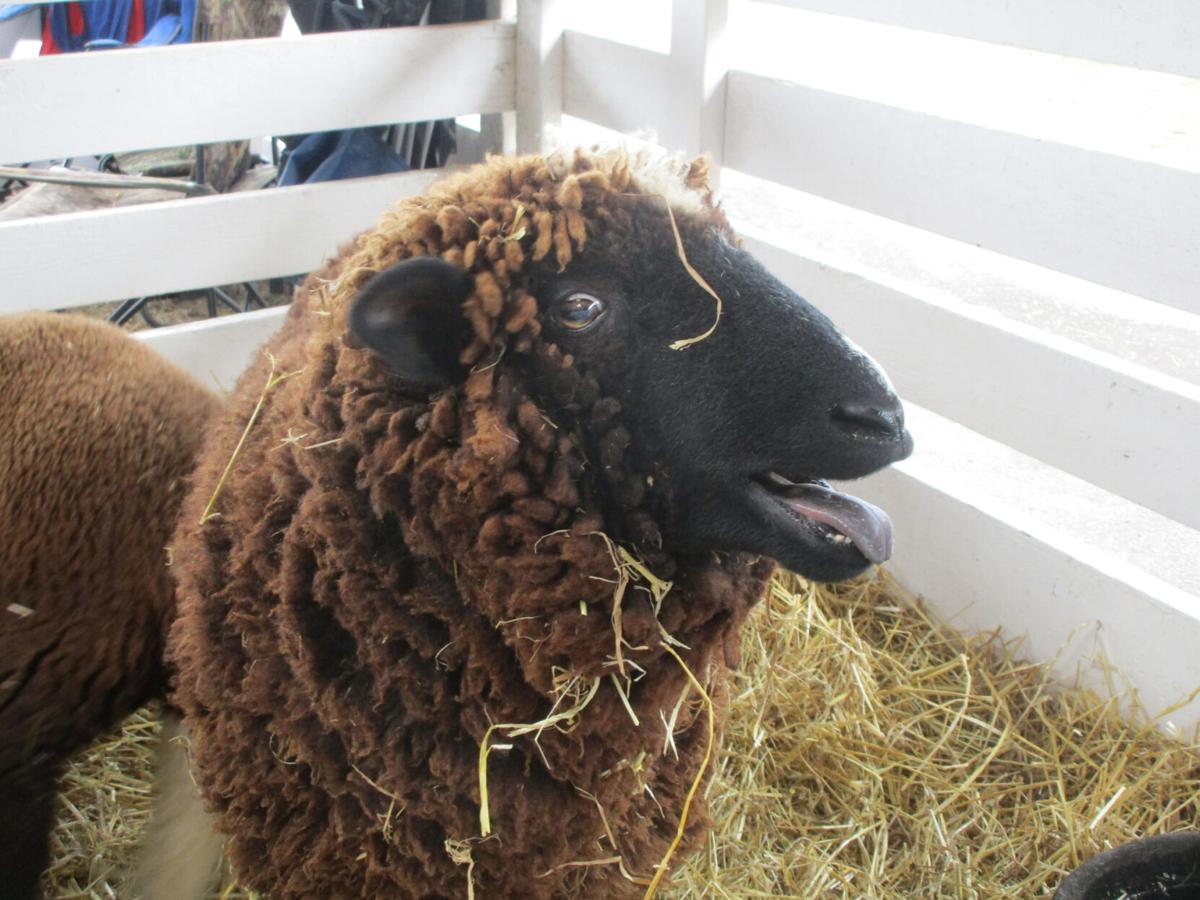 A sheep bleats at the New York State Fair in Syracuse in 2016. File photo 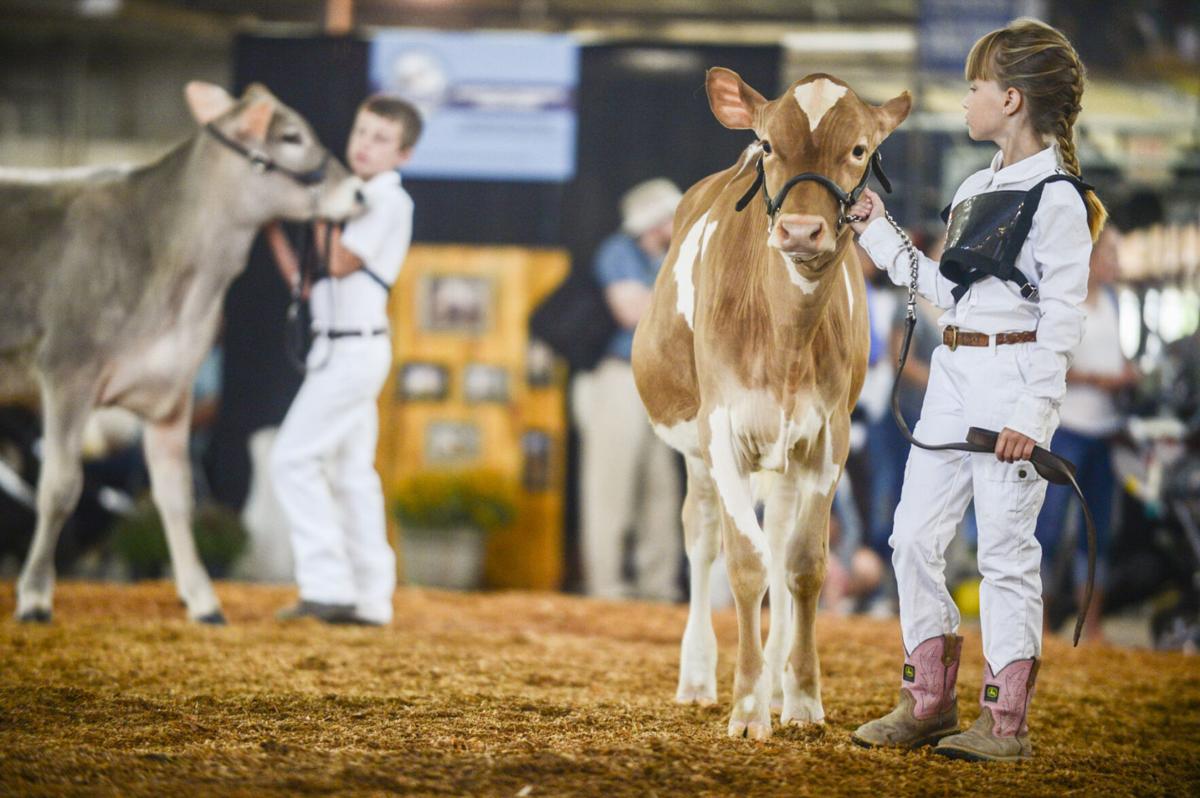 Gov. Andrew Cuomo, center, speaks at a COVID-19 briefing in Syracuse on Monday with officials who lead the planning and operations for the annual New York State Fair. Courtesy of Gov. Andrew Cuomo's Office

A sheep bleats at the New York State Fair in Syracuse in 2016. File photo

The fair will return at 100% attendee capacity Aug. 20 through Sept. 6 at the state fairgrounds in the town of Geddes, Onondaga County, as the state’s COVID-19 positivity rate drops and the coronavirus vaccination rate among New Yorkers continues to rise.

The fair will require attendees to remain a socially distanced 6 feet apart when possible.

COVID-19 vaccines will not be required for a person to attend the fair.

Unvaccinated New Yorkers will be required to wear a mask while facial coverings will be optional for fully vaccinated people.

“But that is on the honor system,” Cuomo said. “Unvaccinated people wear masks, but otherwise, it will be the fair as you know the fair.”

Signs will be posted to remind unvaccinated New Yorkers to wear a mask or facial covering.

“It will not be checked, but I think during this period of COVID, people have acted honorably, graciously and with integrity,” Cuomo said. “If you are not vaccinated, I believe people will respect that and I believe the overwhelming number of people will have been vaccinated.”

Richard Ball, commissioner of agriculture for the state Department of Agriculture and Markets, remarked that it will be in the state’s best interest to keep the vaccine site at the fairgrounds open.

Gov. Cuomo initially announced at the end of April that the fair would make a comeback at 50% capacity.

Cuomo cited pandemic’s evolving infection, hospitalization and death rate, which is expected to remain historically low as vaccination rates continue to climb, as the reason for reopening the fair at full capacity.

If one of several variants of COVID-19 that has originated in other countries is immune to the vaccine and another wave or outbreak hits the state, officials will readjust or reimpose stricter capacity and other pandemic-related rules.

“But we don’t see that at all as a possibility that we have to worry about now,” the governor said. “As the facts change, we change. Right now, the facts are all better and better than we thought. We’re ahead of what anyone projected in terms of progress.”

The fairgrounds have served as a state-run mass vaccination site this year to efficiently inoculate thousands of New Yorkers against COVID-19.

Assemblymen William Magnarelli and Albert Stirpe, both Central New York Democrats, hailed the fair as an event that will be vital to the state’s broader economic recovery in the wake of the pandemic.

“The New York State Fair is so important to this region’s identity and economic wellbeing,” Stirpe said. “We’re all anxious to get back to some semblance of normalcy as safely and as soon as possible. ...The New York State Fair is a summer tradition generations have cherished, celebrating the joys of community and time spent together. This is one step in a long recovery.”

The fair generates about $100 million for the state each year.

Millions of visitors have come to the fair from 28 states and six countries.

Cuomo invited attendees from across the nation, agreeing the fair will be bigger and better than in years’ past.