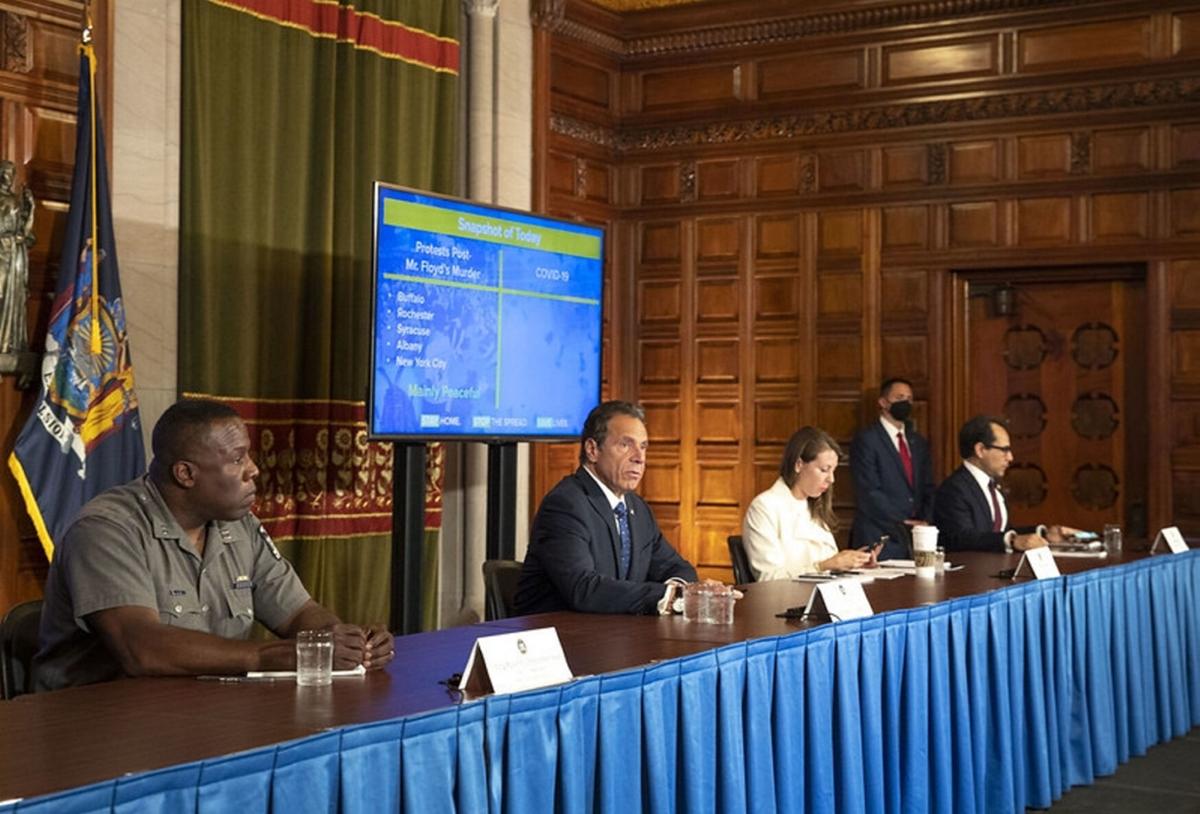 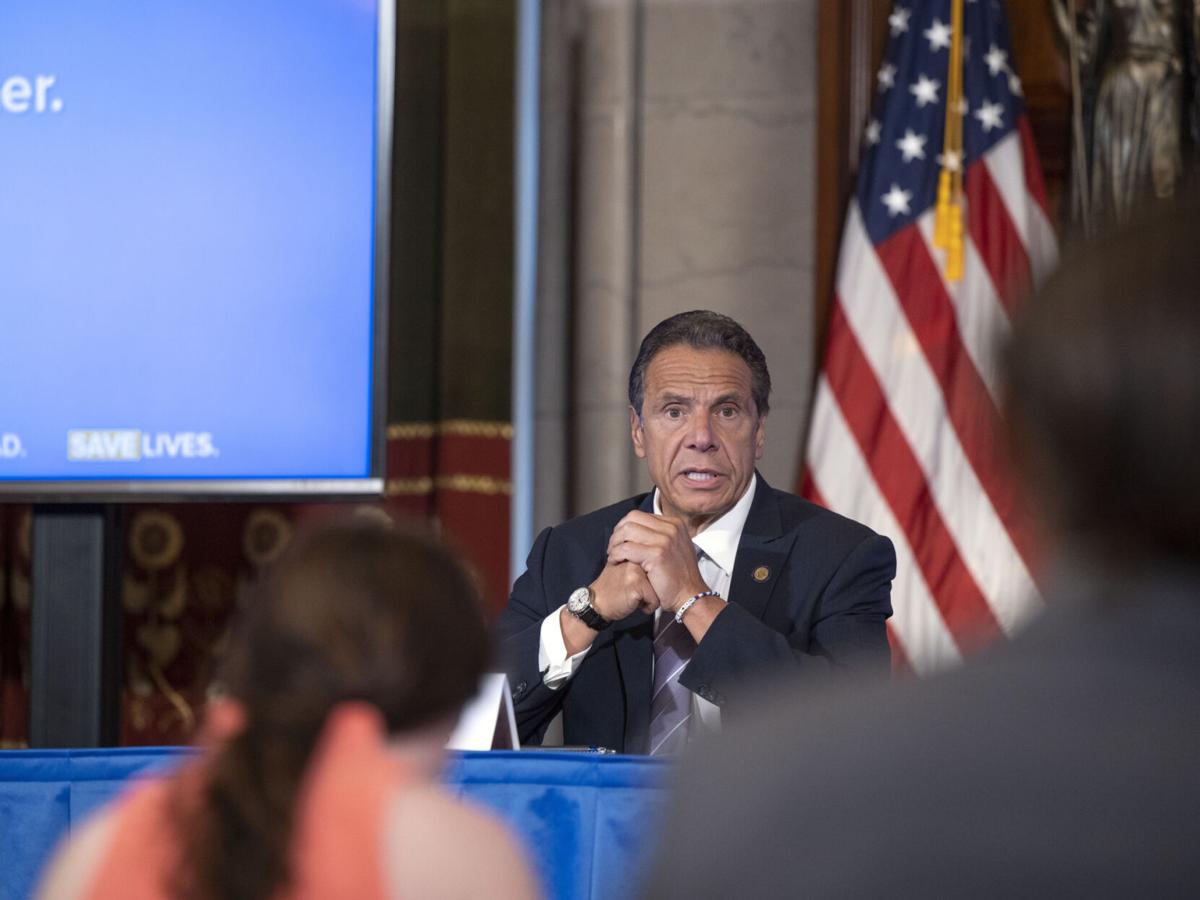 ALBANY — Two suspended Buffalo police officers should be fired after they pushed a 75-year-old protester to the ground, causing him to bleed from the head, said Gov. Andrew Cuomo, who announced a reform agenda Friday to improve New Yorkers’ trust and relationship with law enforcement following days of racial unrest in response to police brutality.

The governor started his coronavirus daily briefing Friday by playing videos of two violent incidents that took place between peaceful demonstrators and police Thursday — one of New York City officers using pepper spray against protesters with their hands up and the other of riot cops in Buffalo pushing 75-year-old Martin Gugino to the ground after he approached the group of law enforcement on the sidewalk.

The video shows two officers pushed Gugino hard in the chest, one using a baton, which caused him to tumble backward and slam the back of his head against the pavement.

Gugino sustained a cut to the head and a concussion. He was in serious but stable condition at Erie County Medical Center as of Thursday night, according to police. Cuomo spoke to Gugino on the phone Friday morning before his daily briefing.

“When I saw the video, I was sick to my stomach,” Cuomo said at the state Capitol. “It disturbs your basic sense of decency and humanity. Why was that necessary? [An] older gentleman, and where was the threat?

“It’s just fundamentally offensive and frightening. Who are we? How did we get to this place?”

“That should be done on an expeditious basis,” Cuomo said. “The wheels of justice move slowly. They don’t have to.”

In the Capital District, a large rally is planned in Troy at the Rensselaer County Courthouse beginning at 3 p.m. Troy police will make protestors feel safe and will not tolerate looting or destruction, Police Benevolent Association President Nicholas Laviano said in a statement on the Troy NY PBA Facebook page.

“My brothers and sisters in blue promise you that we will do whatever we can to protect you, your family and your property,” Laviano said. “However, we will not tolerate outsiders to come to our city and attempt to destroy what we all have worked so hard in building.”

The governor will work with the state Legislature to pass legislation to address the ongoing pattern of police brutality against minority communities nationwide. The state’s Say Their Name reform agenda, which Cuomo announced Friday, would allow for transparency of prior disciplinary records of law enforcement officers by reforming 50a of the civil rights law, ban police from using chokeholds, make false race-based 911 reports a crime and designate New York’s attorney general as an independent prosecutor for matters relating to the deaths of unarmed civilians caused by law enforcement.

“Mr. Floyd’s murder was the breaking point of a long list of deaths that were unnecessary and abusive, and people are saying ‘enough is enough,’” Cuomo said. “Stopping police abuse vindicates the overwhelming majority — 99.9% — of police who are there to do the right thing every day. It restores the confidence, respect and trust you need to make this relationship work.”

The state saw its lowest number of coronavirus fatalities Thursday at 42 fatalities since the pandemic began. New York’s COVID-19 death rate is on a decline after having 52 deaths Wednesday, 49 Tuesday and 58 Monday.

These officers were responding to their training. Stop the threat. They were approached by an agitator who appeared to be grabbing at the officers' equipment. They did not know what this goof ball was going to do next. They did nothing wrong and it's sad to see Law Enforcement eviscerated by the media and the liberal media and governors. If police departments are "defunded" , things will get worse. There will be anarchy. Good luck.