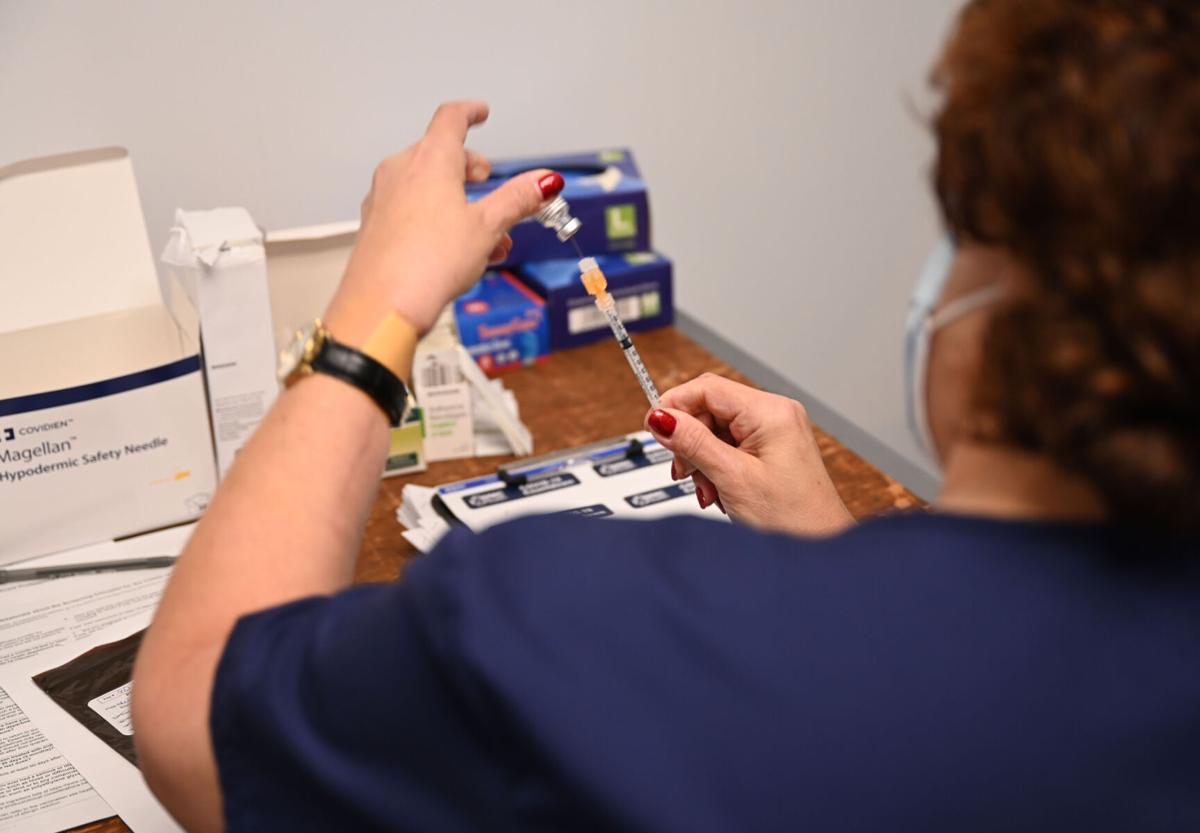 COVID-19 vaccinations are being given out to New Yorkers in groups 1A and 1B, but the state is seeking more doses to meet the need. Kevin P. Coughlin/Office of Governor Andrew M. Cuomo 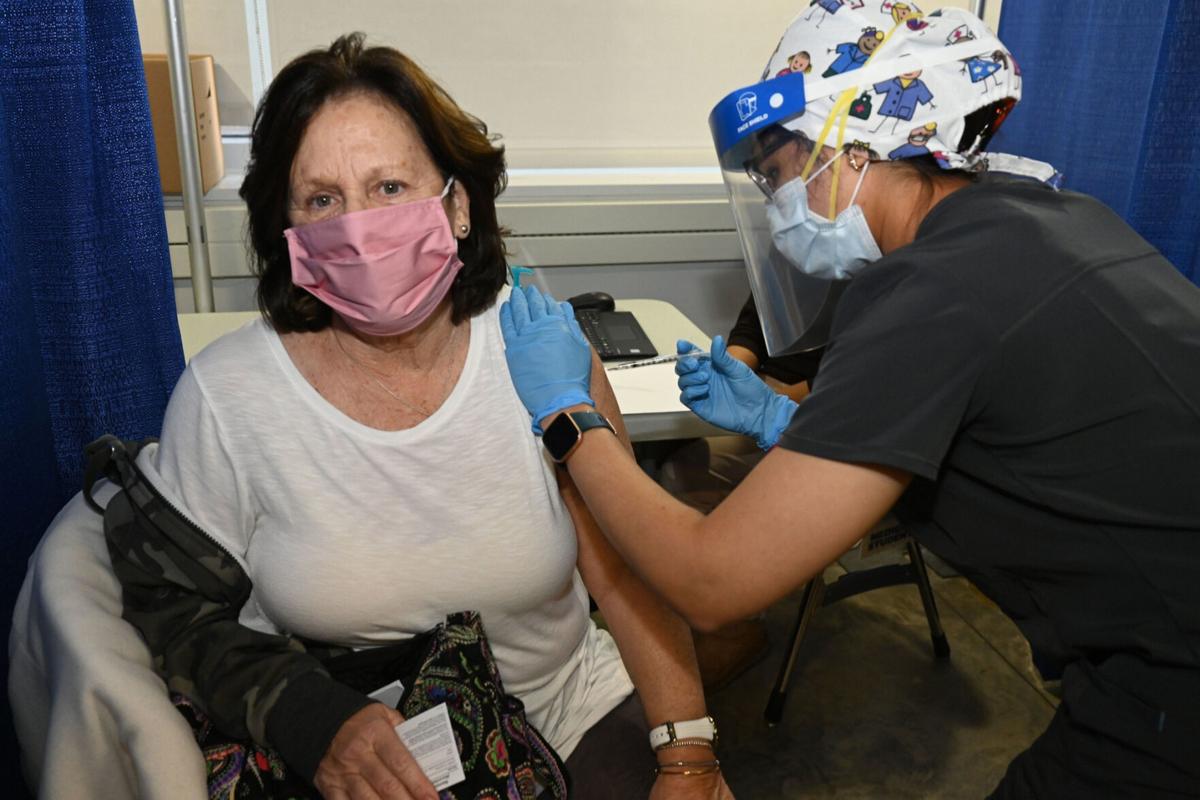 Over 7 million New Yorkers are now eligible for the COVID-19 vaccine, but supplies are scant. Kevin P. Coughlin/Office of Governor Andrew M. Cuomo 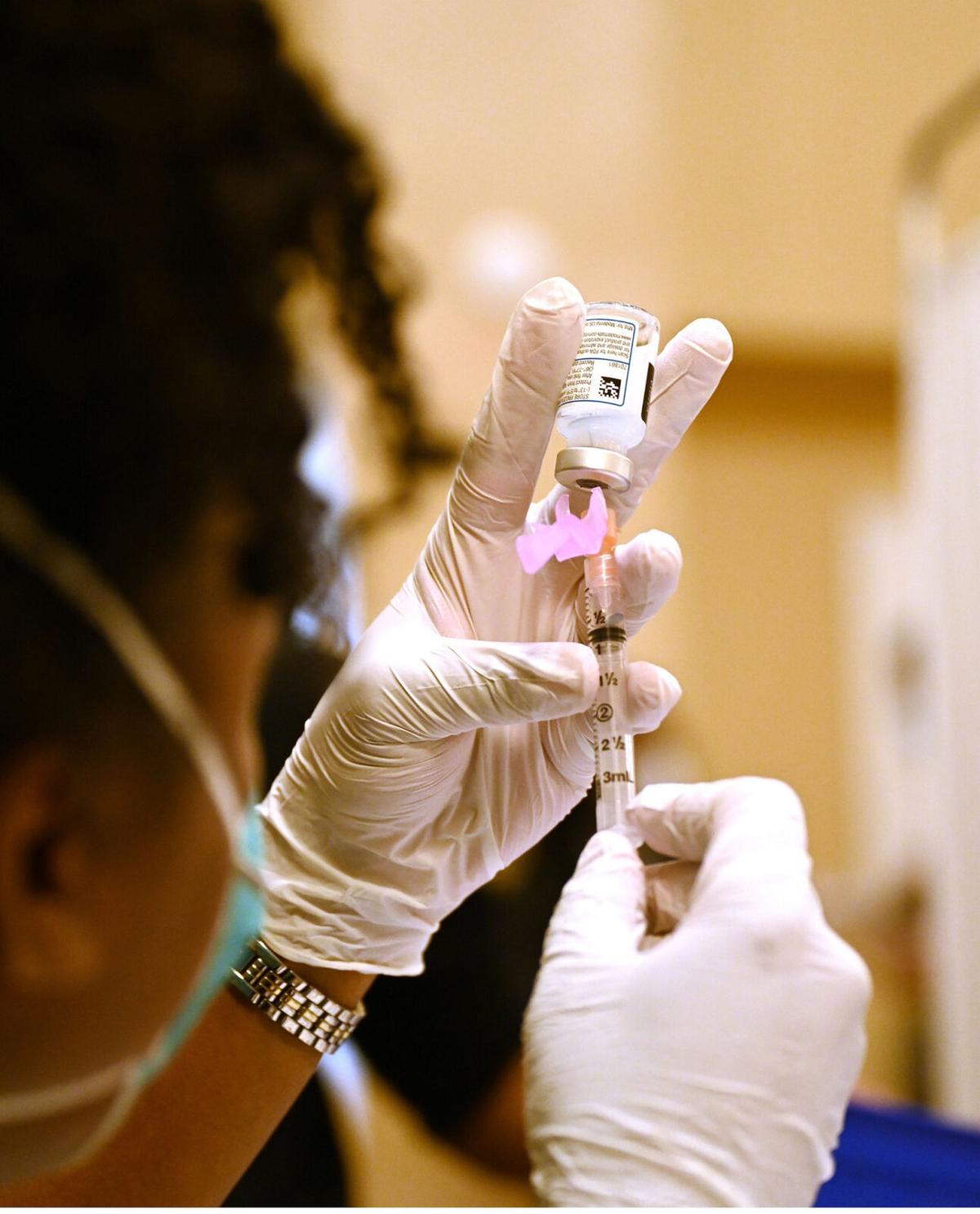 COVID-19 vaccinations are being given out to New Yorkers in groups 1A and 1B, but the state is seeking more doses to meet the need. Kevin P. Coughlin/Office of Governor Andrew M. Cuomo

Over 7 million New Yorkers are now eligible for the COVID-19 vaccine, but supplies are scant. Kevin P. Coughlin/Office of Governor Andrew M. Cuomo

ALBANY — New York has used up all of the vaccinations it has been given so far.

Gov. Andrew Cuomo announced in a press conference Friday that the COVID-19 vaccines given to the state in the first five weeks of vaccine distribution will be used up by the end of the day.

“We run out of allocation today,” Cuomo said Friday. “The week one to five allocation will be exhausted by the end of the day Friday. It may already be exhausted midday on Friday.”

The next delivery of 250,000 vaccine doses will be coming throughout this upcoming week, Cuomo said.

“We get a supply from the federal government. We have used 97% of the doses we have been allocated thus far,” Cuomo said Friday.

Most regions in the state have used the majority of vaccines that have been given to them. Cuomo said the Southern Tier has distributed 100% of the vaccines they have received so far. The North County has used 99% of theirs, Central New York has utilized 98%, Long Island has used 97% and Western New York has used 96%.

Cuomo said some of the lower-performing regions of the state were the Mohawk Valley, which used 77% of its vaccine allocation, the Capital region has used 82%, the Mid-Hudson region has used 84%, New York City has used 90% and the Finger Lakes region has utilized 94%.

The state had 28,000 vaccine doses left as of Friday morning, which had been delivered to the state in the first five weeks of vaccine distribution.

“The problem is we administer about 80,000 dosages per day,” Cuomo said. “So 28,000 does not get us through the day when you’re doing 80,000 dosages per day. By the end of today we will fully utilize all of the dosages that have been delivered. Week six dosages are being delivered as we speak. They come in throughout the week. They are delivered by the federal government through various means.”

Cuomo urged vaccine providers to only schedule vaccination appointments for the number of vaccine doses they have on hand.

“The last thing we want to do is cancel appointments,” Cuomo said. “So don’t schedule an appointment unless you know you have an allocation.”

The state has been receiving about 250,000 doses per week from the federal government, which is not enough, Cuomo said. The state would be able to administer more than 80,000 vaccines a day if more doses were made available, he noted.

The state has around 1,200 distributors that have been giving the vaccine out so far. If the state had more doses, it would be possible to swiftly increase the number of vaccine distribution sites to 2,000 or 3,000 if needed, Cuomo said.

“I can’t provide the 1,200 distributors with all they could use now,” Cuomo said. “Because we only get 250,000. We want to have that distribution network in place because we’re hoping to get more production.”

The state could easily handle giving out 100,000 doses a day if more vaccine were available, Cuomo said.

The state currently has three types of vaccine distributors. County health departments give the vaccine to essential workers such as police officers and teachers. Health care workers receive their vaccines from hospitals, and pharmacies inoculate people older than 65.

“We’re limited by our supply,” Cuomo said. “When we get our supply, we distribute it by region and the region distributes it by subgroup by the different providers.”

The amount of vaccine given to each group is dependent on the percentage of the eligible population that comprises that category. Hospital workers make up 21% of the eligible population, so the state will give 21% of that region’s allocation to hospital workers. Essential workers make up 27% of those eligible and people who are older than 65 account for 52%, so that is how much will be allocated to county health departments and pharmacies, respectively.

Cuomo said there are currently about 7.1 million New Yorkers eligible to be inoculated.

The state has attempted to purchase doses of the vaccine directly from pharmaceutical companies Pfizer and Moderna, but because they are contracted with the federal government through an Emergency Use Authorization, the drugmakers are not allowed to sell the vaccine directly to the state.