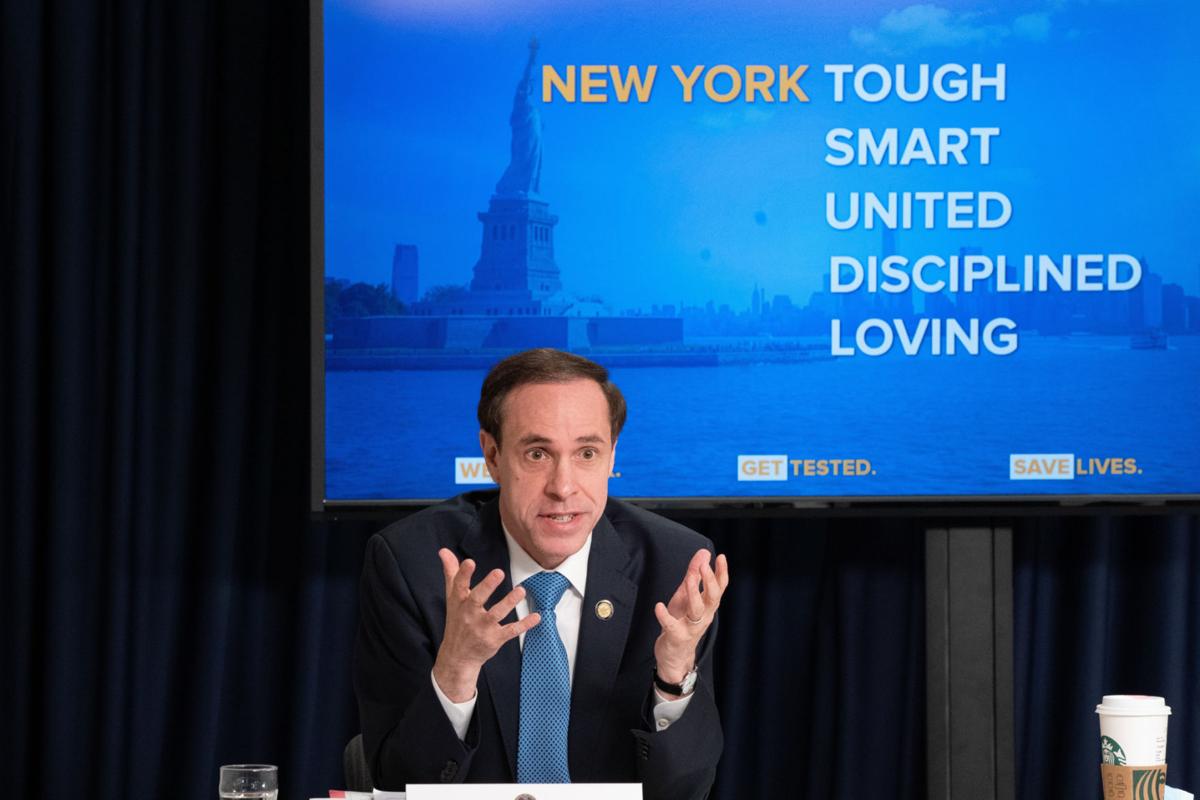 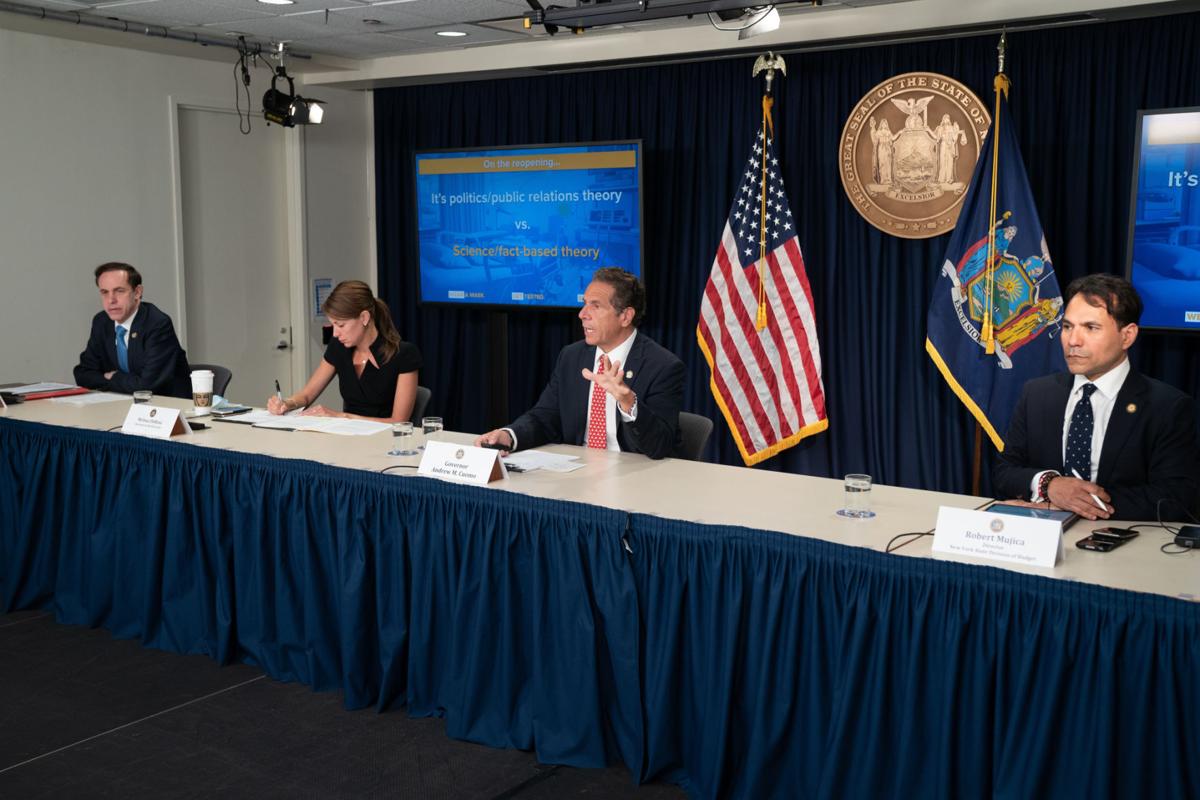 NEW YORK — Businesses that violate the state’s coronavirus COVID-19 reopening rules and guidelines can immediately lose their liquor license or be ordered to shutdown, Gov. Andrew Cuomo declared in an executive order Thursday.

“Local governments must get their act together,” Cuomo said Thursday during a pandemic briefing at his Manhattan office. “If you ignore the rules, then it’s not a phased reopening.”

The Supreme Court on Thursday rejected President Donald Trump’s plan to repeal the popular Obama-era order that protected “Dreamers,” or the nearly 800,000 young immigrants brought to this country illegally as children.

Led by Chief Justice John G. Roberts Jr., the court called the decision to cancel the Deferred Action for Childhood Arrivals program, or DACA, arbitrary and not justified. The program allows these young people to register with the government, and if they have clean records, obtain a work permit.

“United we dream, and we never stopped.”

“He did that by design,” Cuomo said of the president. “I think it’s telling his actions were even too extreme for his extreme conservative judges. That’s saying something — that his policies are more extreme than the conservative judges he appointed. I hope he takes that to heart.”

U.S. Rep. Antonio Delgado, D-19, said the decision to uphold DACA was a win for all communities, the economy and American values.

“This is an important victory, but until we codify these protections into law through the Dream and Promise Act, Dreamers will continue to lack the certainty of security they deserve,” Delgado said. The Congressman voted to pass the act in June 2019 to provide a pathway to citizenship for Dreamers and people with Temporary Protected or Deferred Enforced Departure immigration statuses.

New York colleges and universities will receive state guidance to allow for some in-person instruction and on-campus housing for the fall semester. Campuses must develop reopening, monitoring, containment and shutdown plans.

New York may consider implementing a 14-day mandatory quarantine to prevent the spread of COVID-19 from out-of-state travelers as the virus continues to spread in 20 states and Puerto Rico, Cuomo said.

State Department of Health Commissioner Dr. Howard Zucker said medical experts do not know enough about COVID-19 antibodies to date to have an efficient antibody test.

“We don’t have an answer yet,” the commissioner said Thursday. “There are multiple different tests. We are speaking to scientists about this exact issue. We don’t know yet.

“Scientists ask why are the numbers down... New York’s done a phenomenal job.”

About 60 to 70% of the general population must be infected or exposed to a virus to achieve herd immunity, Zucker said.

“We’re nowhere near that,” Cuomo added.

The Institute for Health Metrics and Evaluation projected Monday 149,690 Americans will die from COVID-19 by August as the virus continues to spread in 21 states and Puerto Rico — about 15,000 fatalities more than the research center’s May 4 estimate, and more than 75,000 than its April 17 estimate.

This week, IHME increased its estimate to 201,129 U.S. coronavirus deaths by October, or up about 18% from 169,890. The IHME projection is the White House’s preferred model and is supported by the Gates Foundation.

New York City is on track to enter phase II of reopening Monday. Global experts are studying the numbers and expect to give official clearance Friday.

“The issue going to phase two or phase three is compliance by people and enforcement by local government,” Cuomo said. “It depends on how people act, which is how this has always been determined. And people, especially in New York City, Long Island, compliance matters. And it’s not just moral and ethical, communal — it’s legal. So, be aware of the law, follow the law.”

Officials continue to monitor the number of daily, new positive COVID-19 cases across New York. The state had 618 new positive virus cases Wednesday, or .90% of the 68,541 conducted tests, bringing the statewide total to 385,760 cases.

The 0.9% positive rate was the state’s lowest since the pandemic began in March. Contact tracers showed a COVID-19 outbreak at an apple processing factory in Central New York caused a small spike in positive cases, visible by the region’s increasing numbers from 0.6% positive diagnostic COVID-19 tests Saturday, up to 1.3% Sunday and a surge to 3% positive Wednesday.

The plant had 34 infected workers to date.

“That’s the only caution sign across New York state,” the governor said.

The state saw 29 virus-related deaths Wednesday, including 22 in hospitals and seven in nursing homes. The state’s daily death toll has continued a flattening decline for several weeks.

Statewide coronavirus hospitalizations declined to 1,358 patients Wednesday, down 121, according to the governor’s office.