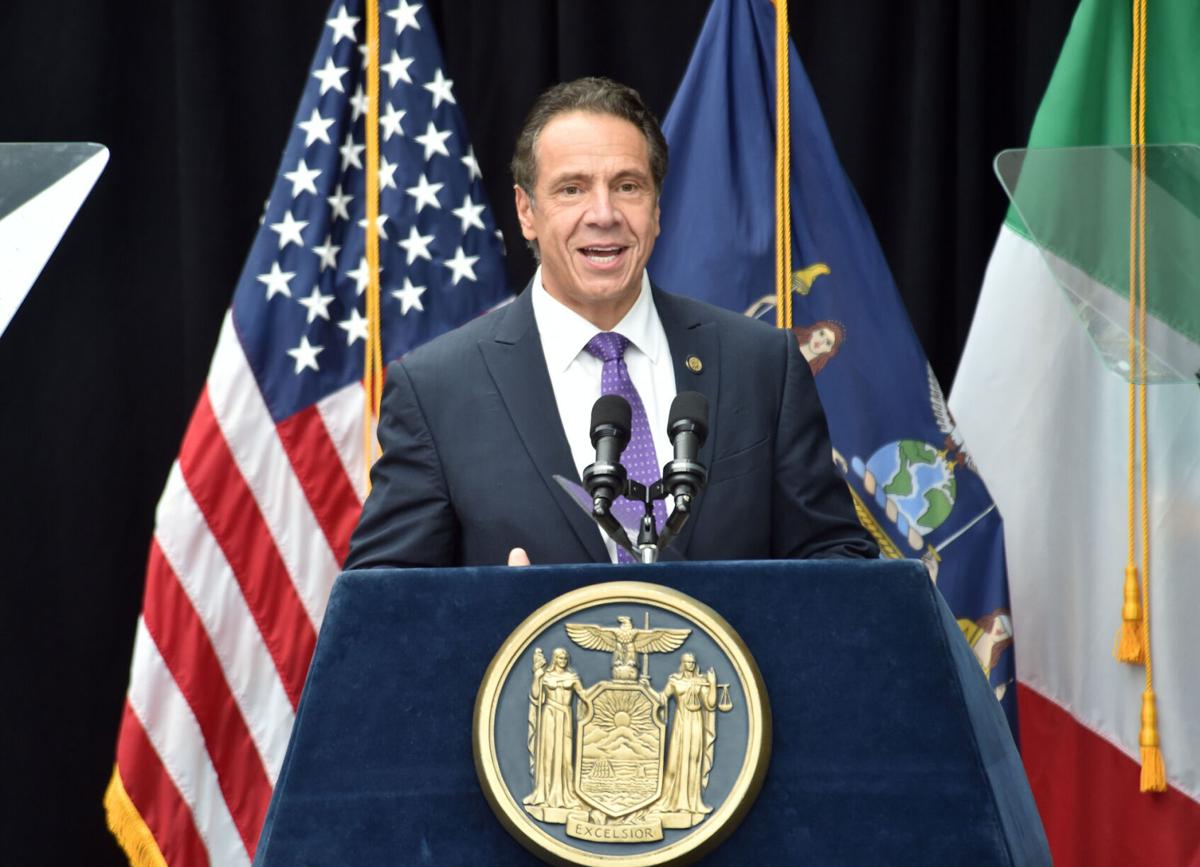 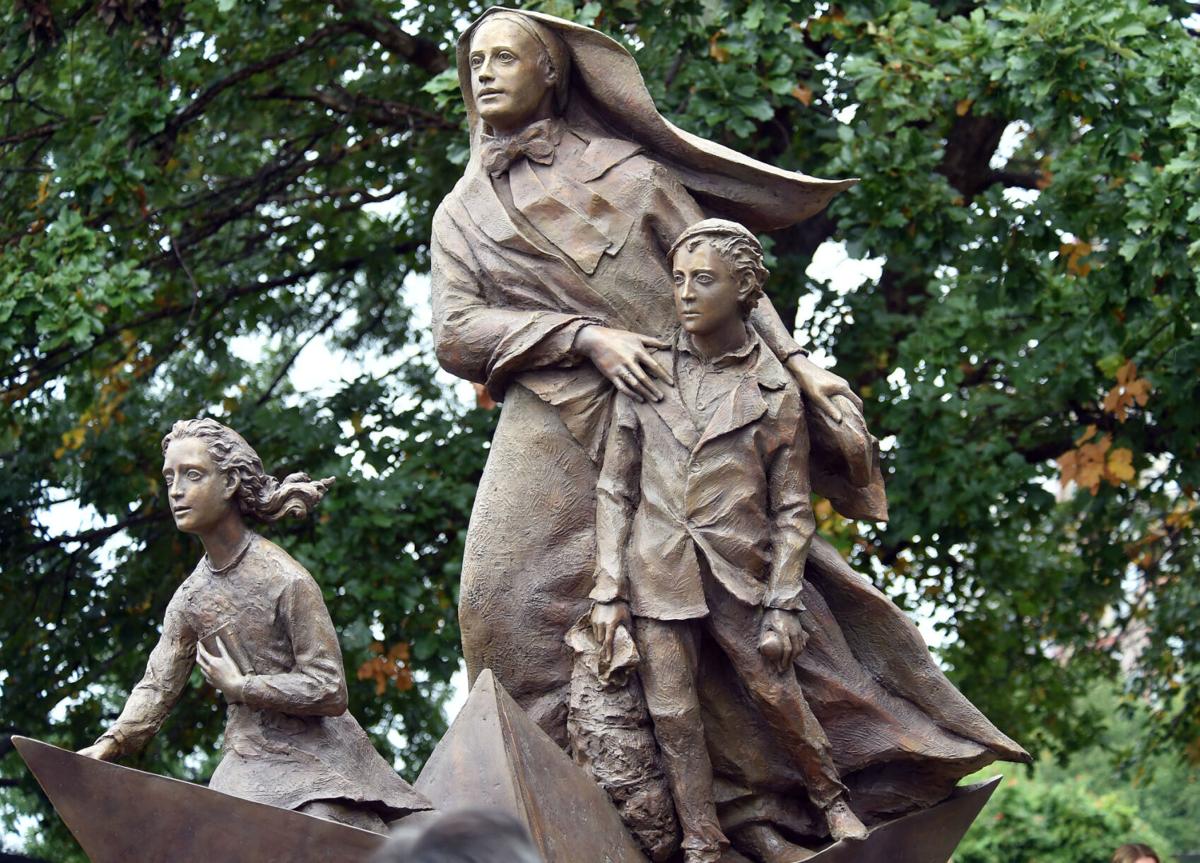 ALBANY — New York’s COVID-19 infections dipped to their lowest positivity rate in more than two weeks Sunday, including new cases in active coronavirus clusters and across the state as a whole, as Gov. Andrew Cuomo unveiled a new memorial Monday in honor of a beloved New York Italian-American to commemorate Columbus Day.

New York continues to battle multiple coronavirus clusters mainly centralized in Hasidic Jewish communities in Orange and Rockland counties, Brooklyn and some areas in Queens with tens of thousands of targeted, rapid diagnostic COVID-19 testing to identify and stop the spread of the disease.

“We’re dealing with a very specific situation, which is clusters,” Gov. Andrew Cuomo said Sunday during a conference call with reporters. “Overall, the state itself is doing very well.”

Both positivity rates are the state’s lowest since Sept. 24.

Monday’s infection rates were not released by the state as of press time.

“We have such a sophisticated testing mechanism where we take more tests per day than most states take per week,” Cuomo said. “That allows us to do a very granular analysis.”

COVID-19 hot spots encompass between 2% and 3% of the state’s population of roughly 19.5 million New Yorkers.

“Attacking a cluster is much easier than trying to attack a statewide increasing rate,” Cuomo said.

COVID-19 infection numbers remained relatively flat throughout the rest of the state Sunday. The North Country and Mohawk Valley regions reported a 0.2% infection rate, with 0.5% positive in the Capital Region, 0.9% each in Central New York and the Finger Lakes, with a higher 1.1% rate in New York City and the Mid-Hudson region, which includes spiking Orange and Rockland counties. Western New York had the highest infection rate Sunday at 1.4%.

COVID clusters appeared this week in Allegany and Cattaraugus counties.

“We’ll be directing (rapid testing kits) to counties in the areas seeing the uptick to do broad-based community testing ... to help control these outbreak situations,” Rhodes said.

Clusters must be addressed with aggressive enforcement of social distancing, mask wearing and other coronavirus regulations, Cuomo said.

The state enforcement task force, comprised of dozens of investigators from the State Liquor Authority, state police, environmental conservation and health departments, among others, have inspected nearly 100,000 bars and restaurants since June, and issued roughly 1,500 violations to establishments.

“That’s enforcement,” Cuomo said. “One hundred thousand visits is hard to do. I know. It’s called the job of government. It’s the job of a regulator.

“You pass a law, you don’t enforce a law; the law is useless. It accomplishes nothing.”

Cuomo has pleaded with local governments during his coronavirus briefings for months to comply with his executive COVID-19 mandates to prevent community spread and save lives.

Hundreds of Hasidic Jewish New Yorkers led protests in Brooklyn this week, setting fires to piles of face masks and allegedly assaulting a Jewish reporter after Cuomo announced stricter social-distancing, maximum-capacity and mass-gathering rules. The stricter rules include limiting houses of worship to 10 people in the 2.5-mile geographic radius surrounding COVID clusters. The rules went into effect Friday, and will remain in effect for a minimum of two weeks.

“I understand the desire to hold large religious ceremonies,” the governor said. “I understand how important it is to their culture and to their religion. I also understand it jeopardizes human life.”

State virus hospitalizations, which have steadily increased about 300 patients over the last two weeks, are concentrated in the cluster zones and from the Hasidic communities.

Jews have come together in large numbers to celebrate several holidays and high holy days over the last month, including the Jewish New Year Rosh Hashanah, Yom Kippur and most recently, Sukkot.

“We know what happens — people get the virus, people get sick, people go into the hospital, people die,” said Cuomo, who referenced the Hebrew principle “pikuach nefesh,” which dictates all Sabbath laws may be suspended to save or preserve another person’s life.

“I wish COVID didn’t happen. But that is the reality and you deal with the reality.”

Five New Yorkers died from the coronavirus Saturday, down from eight fatalities Friday.

The state reported 820 hospitalized virus patients Sunday — down six people from Saturday, but reflects a steady increase from about 500 patients over the past two weeks.

The statue pays tribute to Frances Xavier Cabrini — an Italian-American nun who founded the Missionary Sisters of the Sacred Heart of Jesus and Columbus Hospital for the Poor, later renamed the Cabrini Medical Center in Manhattan, which closed in 2008.

“This Columbus Day ... the lesson of Mother Cabrini is even more vital because of the difficulties that we are facing,” Cuomo said in Battery Park City on Monday. “We all know that these are challenging times, but we also know that in the book of life, it is not what one does when the sun is shining that tests our metal — it’s what one does in the fury of the storm, and that’s where we are today. The pressure, the stress, the difficulty revealed a true character of people and of society.”

The memorial features interpretive panels showcasing Mother Cabrini’s service to New York’s immigrants and the poor, including building 67 orphanages, hospitals and schools. The plaza is surrounded by seating and a mosaic created from stones from Mother Cabrini’s birthplace of Sant’Angelo Lodigiano, Italy.

The unveiling took place one year after Cuomo announced the project on Columbus Day 2019.

“Mother Cabrini was tested by seemingly insurmountable challenges; she was trying to help new immigrants who had no skills, no money and couldn’t speak the language,” Cuomo said. “...COVID has stressed each of us and all of us and it has revealed strengths and weaknesses. Under pressure, small cracks explode, but also under pressure, that’s when diamonds are formed. Saints are often forged in the crucible of adversity.”