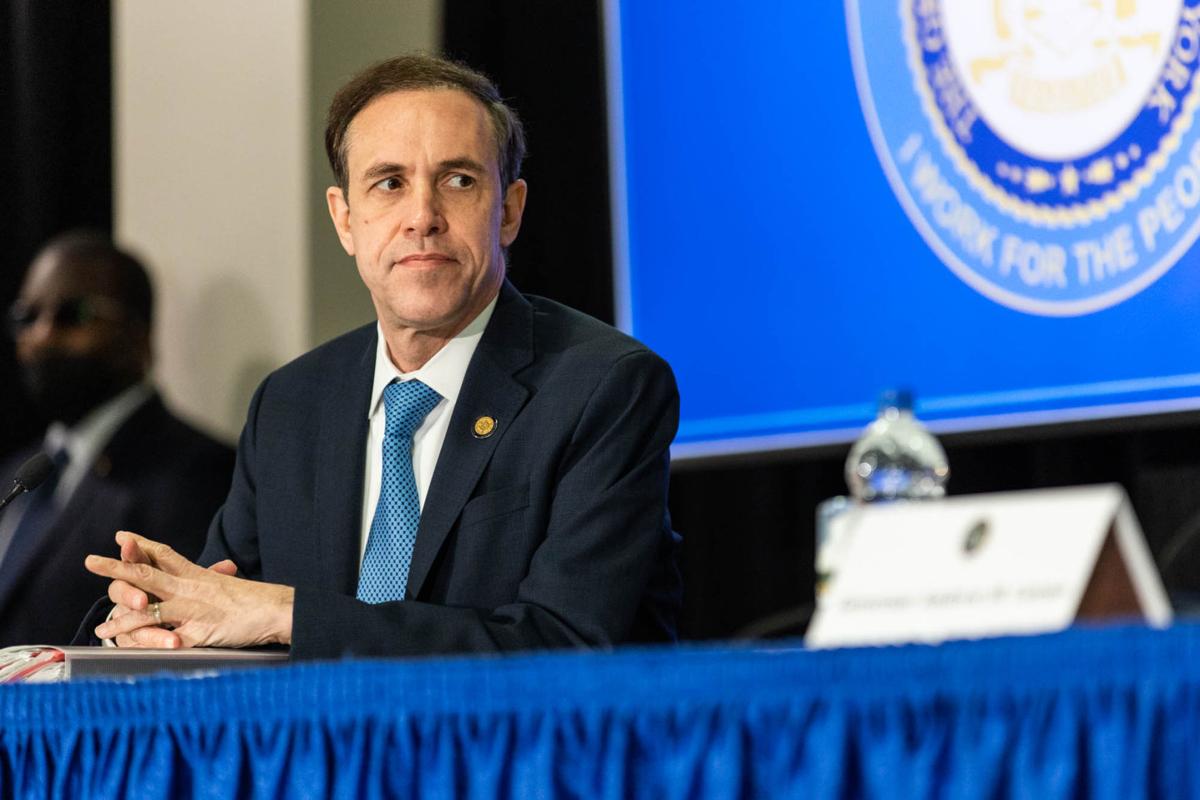 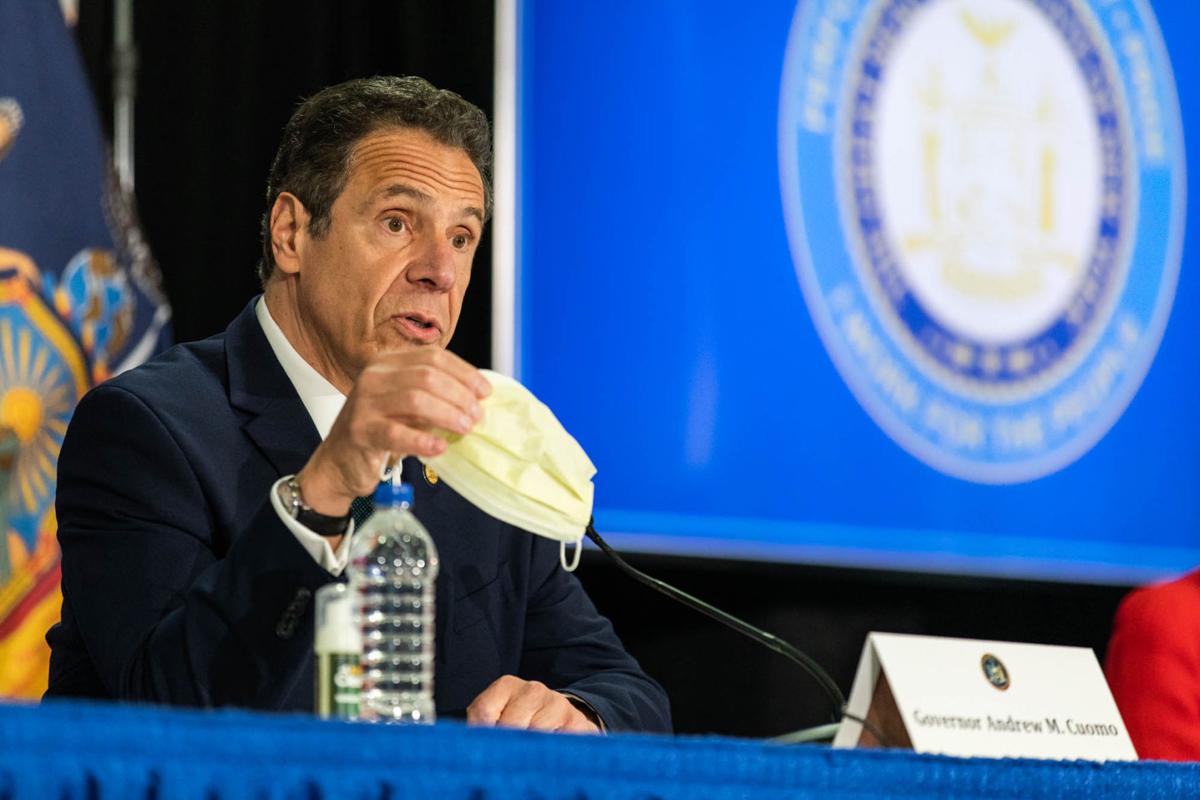 Dozens of medical officials continue to study 110 reported cases of virus complications in New York children — up from 102 cases Wednesday — causing inflammation of blood vessels and extremities, mimicking symptoms similar to severe illnesses such as Kawasaki disease and toxic-shock syndrome.

“It is a very frightening development,” Cuomo said Thursday afternoon during a briefing at SUNY Upstate Medical University. “I expect this issue is only going to grow... Parents should be aware. It tends to present in children who were exposed to the COVID virus or still test positive.”

Sixteen other states and six European countries have reported similar cases in children, which does not present as a normal COVID-19, or respiratory, case.

Medical attention should be sought immediately when a child has a fever lasting more than five days, severe abdominal pain, diarrhea or vomiting, a change in skin color, such as turning pale or blue, trouble breathing, decreased amount or frequency of urination, racing heart rate or infants having difficulty feeding or drinking fluids, according to the governor’s office.

The state saw 157 virus-related deaths Tuesday, including 157 in hospitals and 36 in nursing homes. The death rate remains flat after 166 fatalities Tuesday, 195 Monday and 161 Sunday.

The state tested 1,298,757 people as of Thursday, revealing 343,051 total positive cases of COVID-19. New York’s hospitalization rates continued a downward trend to 6,706 patients Thursday, down 240, according to the governor’s office.

The state will increase manufacturing medical supplies, such as masks, gowns, testing materials and ventilators, through partnerships with New York companies and corporations. Interested businesses are encouraged to contact Empire State Development.

“We should never again as a nation have to scramble the way we scrambled,” the governor said of the state and U.S.’s dependence to purchase critical medical supplies from China.

Half of the state’s 10 regions are ready to start reopening Friday when the governor’s NY On Pause executive order expires at 12:01 a.m. Regions will resume construction and manufacturing industries first with phase I of the state’s four-phase reopening plan.

Businesses must submit a detailed plan to the state about their social-distancing protocols and how they will reduce density to curb the virus spread and follow state guidance to keep workers safe. The plan could assist in the case of potential liability if a COVID-19 death or outbreak originates from a reopened business, Secretary to the Governor Melissa DeRosa said. Federal legislation is pending about liability issues and the novel coronavirus.

“You have to attest to the guidelines,” DeRosa said of business owners and state regulations. “If they don’t do that, they do that at their own peril. It’s a way to hold them accountable.”

The Capital Region satisfied five of the state’s criteria as of Thursday afternoon. To reopen, the state mandates an area must have a three-day average of a 14-day decline in net COVID-19 hospitalizations or under 15 new virus patients. After increased hospitalizations Wednesday, the region was set back from starting the eight-week-minimum reopening process by at least two more weeks, or May 27.

Each area of the state has a regional control group comprised of local elected officials and administrators to monitor virus hospitalization numbers, deaths and infection rate to prevent a second wave.

The Metropolitan Transportation Authority will receive an expedited $3.9 billion in federal aid. Cuomo spoke to President Donald Trump on the phone Thursday morning requesting funding for state and local governments.

“The president cut the red tape and sent the first installment today, and for that, I thank him,” Cuomo said.

The House of Representatives is scheduled to vote on its fifth coronavirus package, named the Heroes Act, on Friday. As it stands, the bill is expected to give $34.4 billion to New York, including $17.2 billion for New York City and $15.1 billion for other municipalities. The bill provides funding for COVID-19 testing and repeals the State And Local Tax deduction, which allowed taxpayers of high-tax states to deduct local tax payments on their federal tax returns. Cuomo praised the proposed SALT repeal again Thursday, saying it costs the state $29 billion and increases federal taxes on New Yorkers by $12 to 15 billion.

For the third day in a row, Cuomo said the state needs close to double that amount and requested $61 billion in federal support to fund things like school districts, hospitals, police, firefighters and other essential services.

“Why would you ever want to cut essential frontline personnel at this time?” the governor asked.

The National Governors Association renewed its bipartisan request for the third time Wednesday for $500 billion from the federal government to rebuild state economies. Cuomo first issued the joint statement with association chairman Maryland Gov. Larry Hogan, a Republican, on April 12, and again April 17.

Members of the state Assembly minority requested a hearing to review and investigate New York’s policies, decisions and protocols in response to COVID-19’s impact on state-regulated nursing homes after more than 5,000 reported deaths. Twenty-five percent of COVID-related fatalities have occurred in state nursing homes, according to a Tuesday statement from Assembly Minority Leader Will Barclay, R-120. Several Assembly Republicans made the request in a letter to the chairmen of the Committees on Aging, Health, and Oversight, Analysis and Investigations earlier this week.

Cuomo addressed the request for an investigation at the end of his Thursday briefing.

“I would hope we are enlightened enough where we don’t play gratuitous politics, but everyone makes their own decision,” the governor said.

“The facts of this virus have changed and I believe they will continue to change,” Cuomo said. “Do not underestimate this virus. It has beaten us at every turn. It’s your job to understand and protect yourself and I just urge caution.”