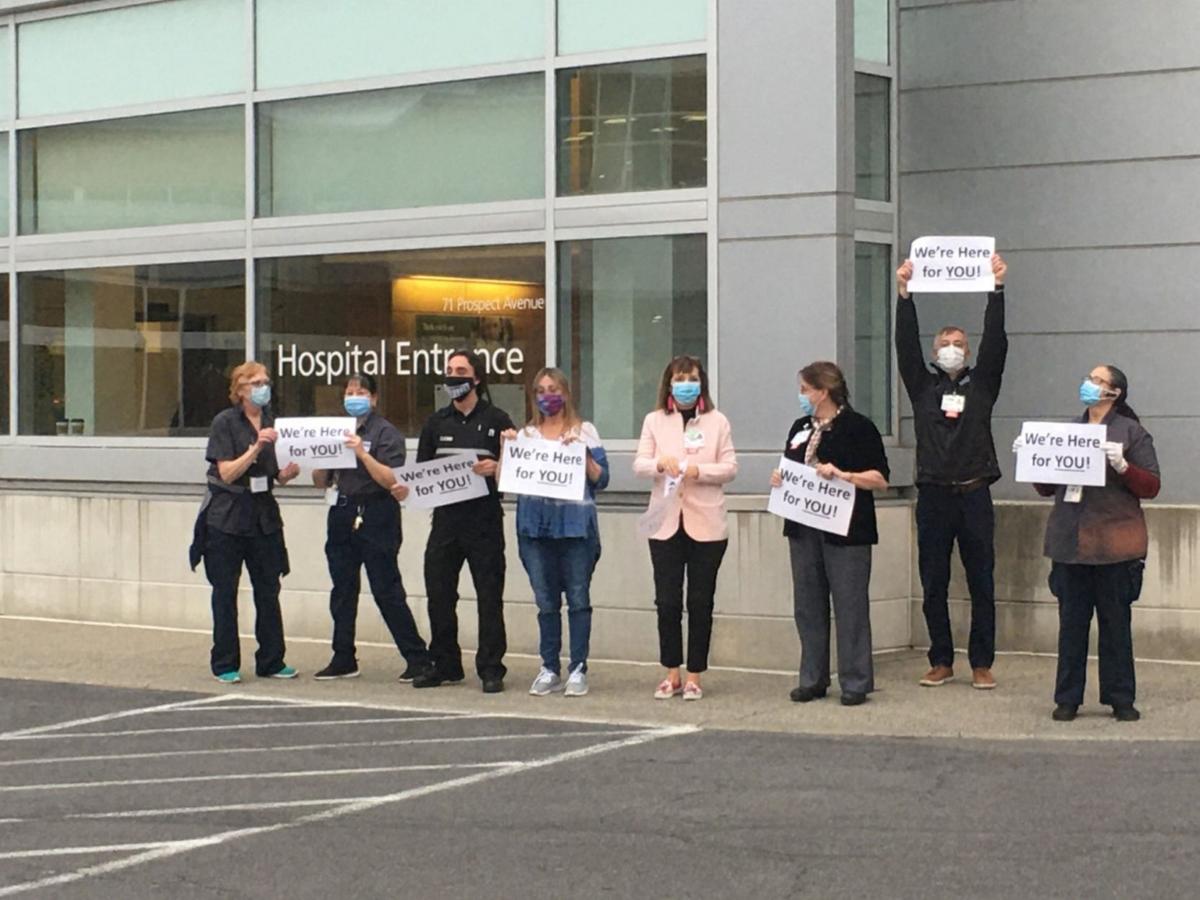 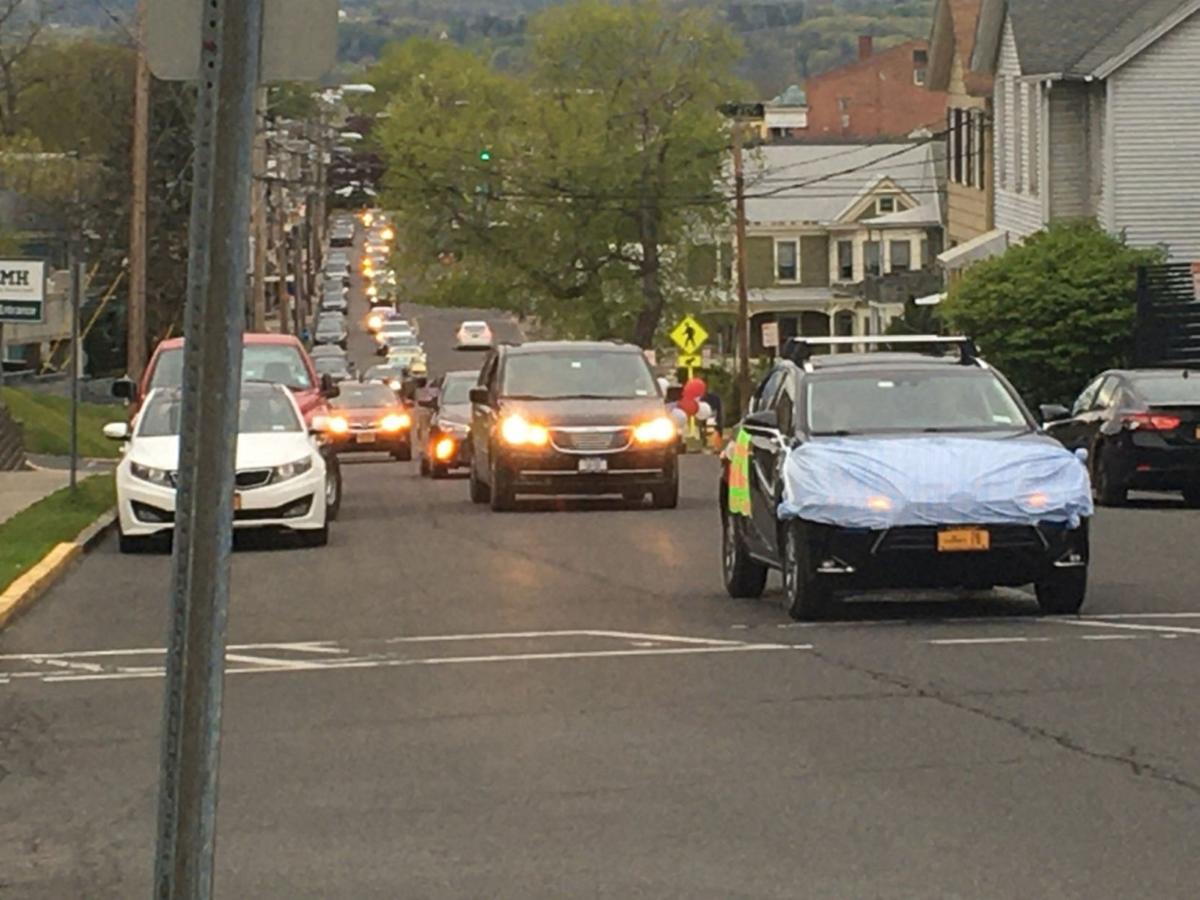 HUDSON — Members of the community came out in full force Thursday night to show their appreciation to health care workers at Columbia Memorial Health and first responders across Columbia and Greene counties, said Brenda Gevertz, organizer of the event.

The Gratitude Car Parade included about 80 vehicles that drove around the hospital, many with signs of appreciation for health care workers, and some with American flags, Gevertz said.

Gevertz was most touched by employees standing in front of the hospital’s main entrance, holding signs that read “We’re here for YOU.” Gevertz began thinking about coordinating an event like this after her husband died at the end of March, she said.

“The EMTs from the Chatham Rescue Squad that came to my house were so kind and compassionate that I wanted to have an event to thank them and everyone in the health care field for what they do,” Gevertz said.

The car parade was sponsored by the Columbia County Democratic Committee and Indivisible Columbia NY, but was open to anyone who wanted to participate, Gevertz said.

Organizers used social media, e-mails and letters to spread the word and have as many participants as possible.

After meeting at the Columbia County Mental Health Building, at 325 Columbia St., the caravan headed up Columbia Street and around the hospital to Prospect Avenue, Gevertz said.

The cars ended by going around the circle at Columbia Memorial’s main entrance, where they were greeted by staff. After leaving the hospital, participants in the caravan went their separate ways. Hudson Police assisted with traffic control.