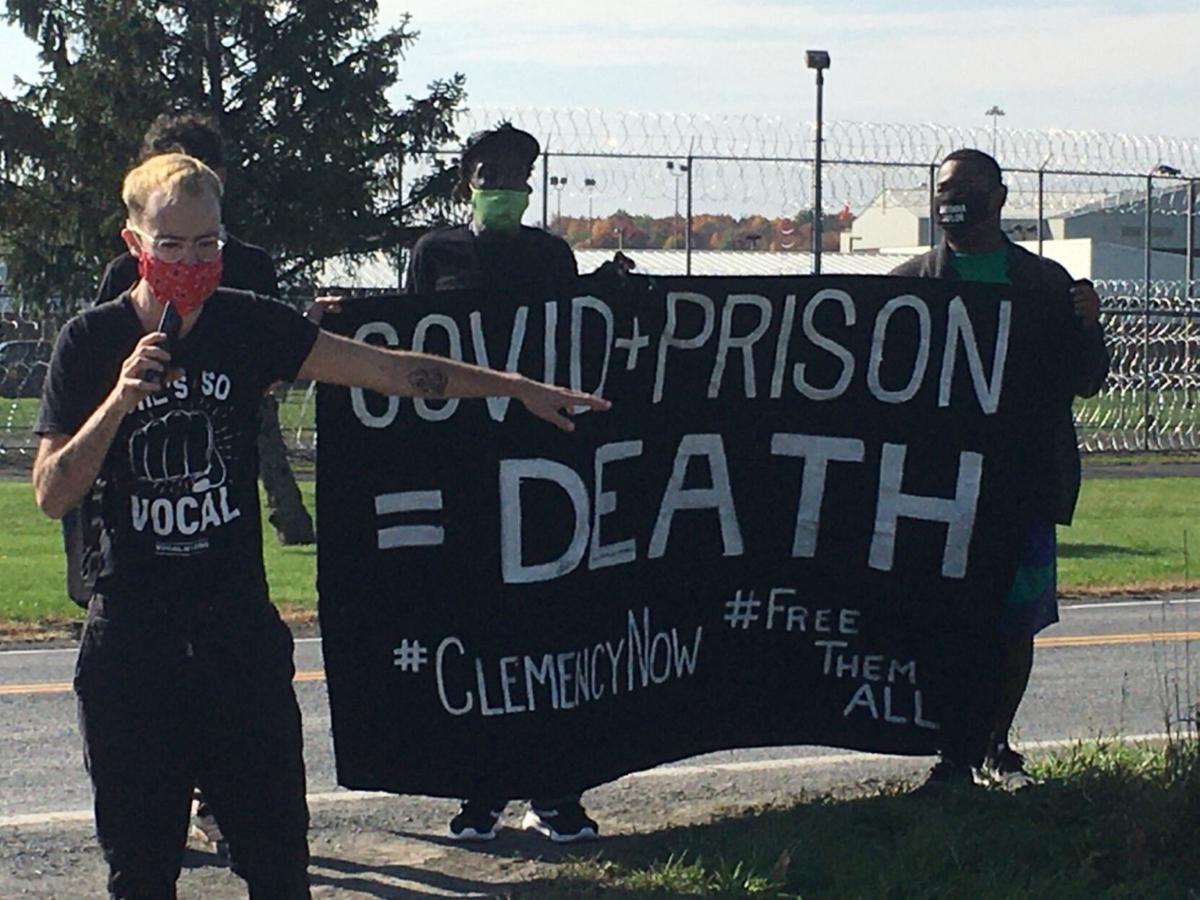 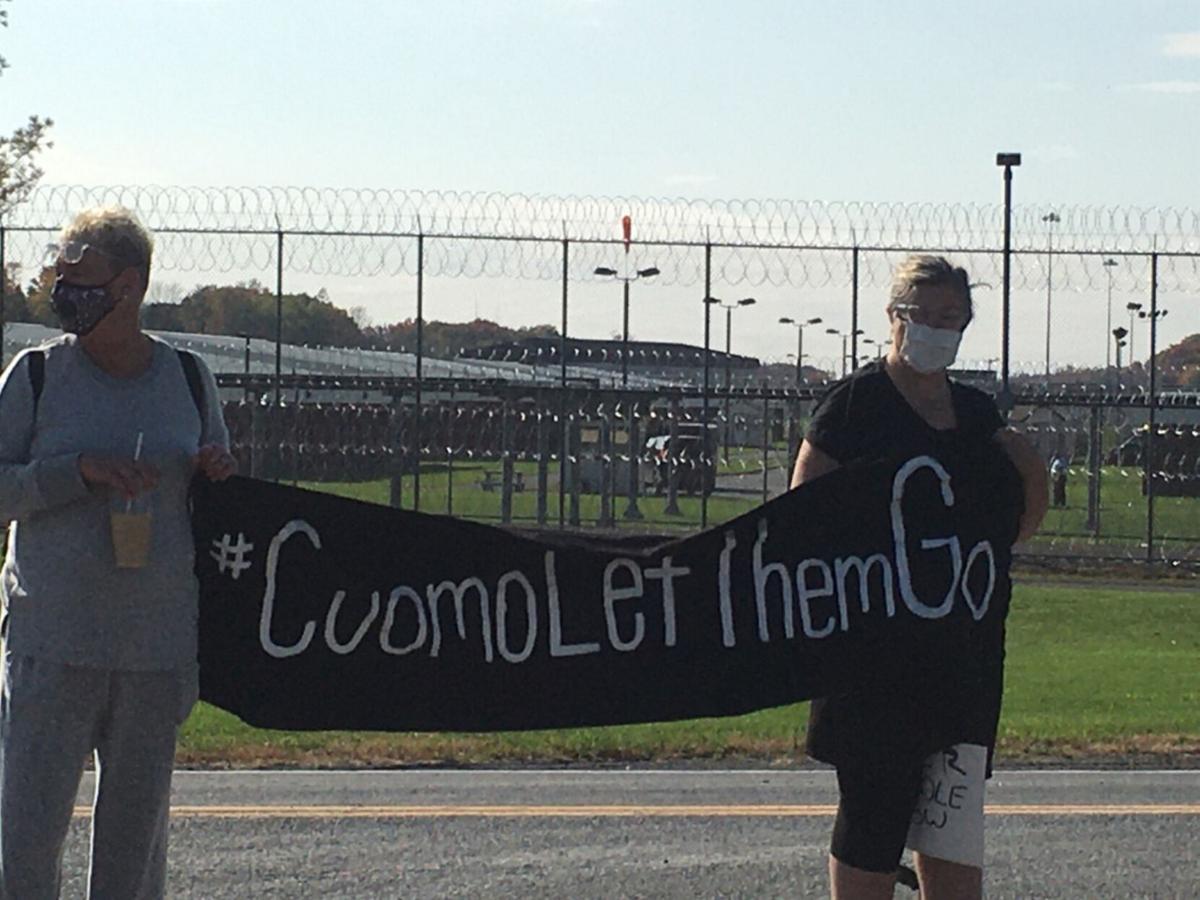 COXSACKIE — Protesters gathered across from Greene Correctional Facility on Thursday to urge Gov. Andrew Cuomo to release the prison’s aging inmate population as the number of COVID-19 cases rises in the medium-security prison.

Greene Correctional Facility has recorded 101 cases of COVID-19 in the past two weeks, according to Greene County Public Health. Sixty-five of those are being treated for the virus.

The rally was held by Release Aging People in Prison, a statewide organization formed at the start of the coronavirus outbreak in March.

“The virus most likely got in there from a visitor or a corrections officer,” Capital District organizer Thomas Kearney said Thursday. “Once inside, it spread easily. The prisoners are in close quarters, double-bunked, with paper-thin walls. It’s very easy for it to spread.”

Because of the COVID-19 outbreak at Greene and Elmira correctional facilities, the state temporarily suspended visitation at both prisons, according to a statement released Thursday by the Department of Corrections and Community Supervision.

The department also suspended all transfers of prisoners in and out of the two facilities, according to the statement.

The protesters want Cuomo to immediately grant clemencies to all 188 older inmates and others at Greene Correctional, said organization member Michelle Lind of Ulster County.

Cuomo did order the release of some older inmates early in the pandemic, with restrictions including the length of sentence remaining and the types of crimes they were convicted of.

The rally, which included about a dozen participants, began at 11 a.m. and ended about 20 minutes later when police told the ralliers they needed to move their cars or they would be towed. Their cars were parked on county property, police said. The property is owned by Greene County Solid Waste.

Participants in Thursday’s rally traveled from areas as far as Long Island, but mostly included residents of Columbia and Greene counties and the Capital District, Melanie Flannery, of Catskill, said.

Flannery is a member of Catskill Mutual Aid, another group formed in March.

“We’ve been distributing face masks and hand sanitizer to those in need since the outbreak,” Flannery said.

Since March, the group has distributed more than 1,000 bottles of hand sanitizer and several thousand masks in the Catskill area, Flannery said.

“With more than 100 incarcerated people testing positive for the virus at Greene, and dozens of new cases at Elmira, Clinton and other state correctional facilities, we are calling on Gov. Cuomo to grant emergency clemencies to all 188 incarcerated older people at these facilities, who are immunocompromised,” Kearney said.