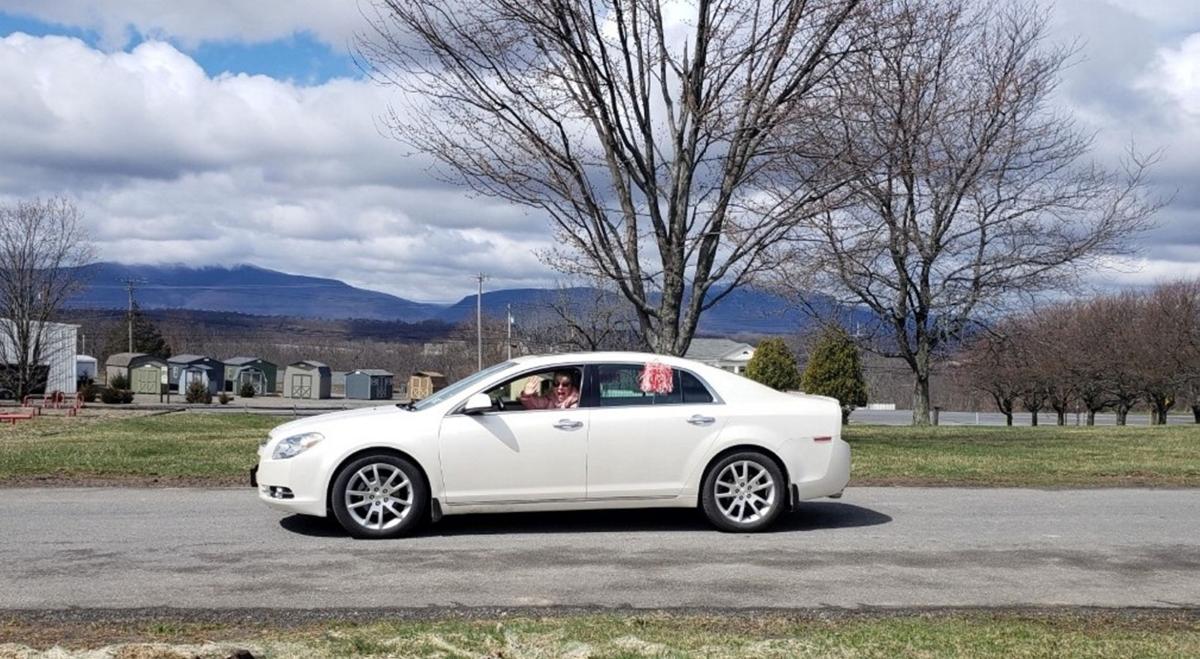 Photo contributed by Lyndsey Fink Germantown families greet their teachers on Tuesday as the Caravan of Cheer passes. 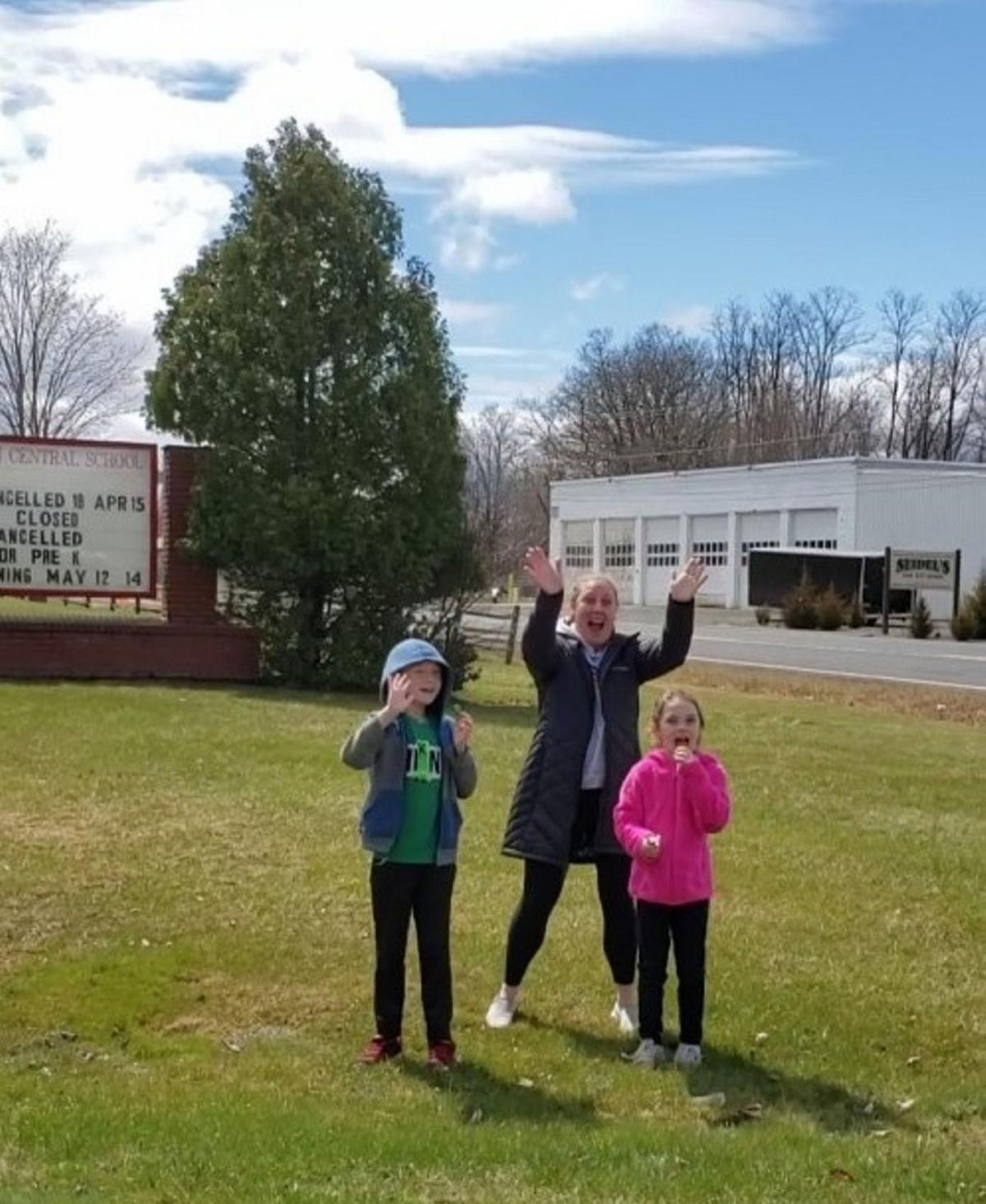 Photo contributed by Lyndsey Fink Teachers showed their school spirit by decorating their cars in with pompoms to visit their students.

Photo contributed by Lyndsey Fink Germantown families greet their teachers on Tuesday as the Caravan of Cheer passes.

Photo contributed by Lyndsey Fink Teachers showed their school spirit by decorating their cars in with pompoms to visit their students.

GERMANTOWN — Teachers from the Germantown Central School District’s elementary school are showing their Clipper Pride by visiting students at home in a Caravan of Cheer.

Escorted by school buses, teachers in their individual cars are taking to Germantown streets along bus routes to connect with their students while practicing safe social distancing.

Monday, a parade of 14 teachers’ cars, led by school buses, set out for the first route, despite the rainy forecast.

“This is why we do what we do, just to be able to see the kids and interact with them,” Elementary school principal Beverly Meagher said. “We had teachers with pompoms on their cars and red balloons on their cars, and they had a great time. They were beeping and honking at the kids as they went by.”

Meagher said she was a little nervous that the students would not show up. But they were out in their yards or waving through windows, showing their school pride with enthusiasm.

“It was so cool because there were so many families along the way standing out and they had signs,” Meagher said. “It was just so sweet and it kind of affirmed what I was hoping it would do.”

Brandi Jornov, mother of Germantown 6th-grader Tyler and 4th-grader Mason, said seeing teachers band together to accomplish this was indescribable. Her youngest was overcome with emotion when he saw his teachers driving by.

“[Mason] was super excited and he was yelling hello when he could through the tears,” Jornov said.

Up until now, the Jornov kids had not started missing school because it felt more like an extended spring break than their new reality.

“It was really cute that the teachers not only did this, but did it so quick,” said Jornov, who drives a school bus for the district.

Last week a teacher asked her how long her routes took so they could start planning. “It’s big, they become part of your family,” Jornov said of her co-workers and the students she drives, adding that it is the little things she misses most.

As schools figure to remain closed until at least April 15, teachers are not only navigating online learning, but maintaining connections with students.

“It’s what makes our job enjoyable,” Meagher said. “Working in a building without kids is just not what we signed up to do. That’s the part that we love, working with the kids. Any chance we get to see them, even on our Grab-and-Go food program to be able to see them pull up, just to be able to see their faces, kind of makes your day.”

“It’s definitely hard to not see them and hear them,” Fink said of her students. “We’ve been trying to connect online and through all sorts of different ways, but it’s not the same.”

Abby Hoover is a reporter for Columbia-Greene Media. Contact her at ahoover@registerstar.com.