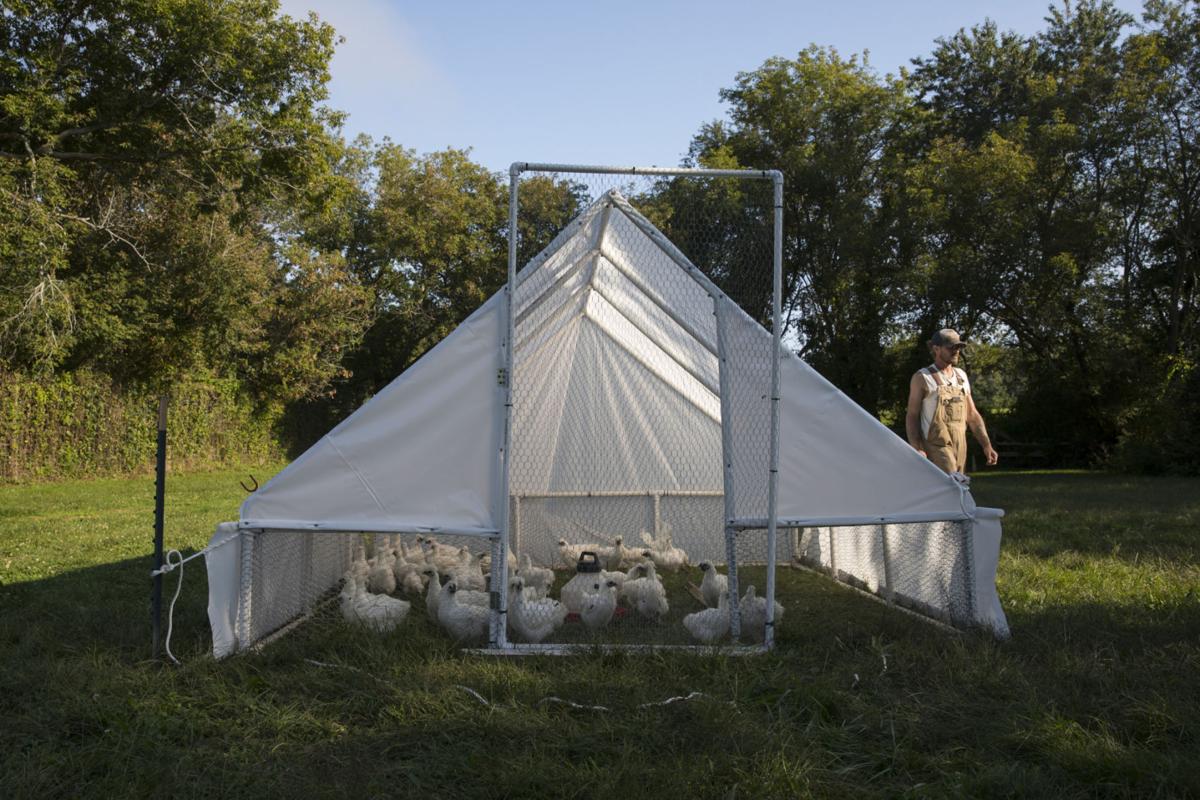 Silkie chickens at Feisty Acres in Jamesport, N.Y., Sept. 17, 2017. The North Fork area of Long Island is now host to a surprising assortment of creatures being raised for food (and income), largely by a new wave of farmers. 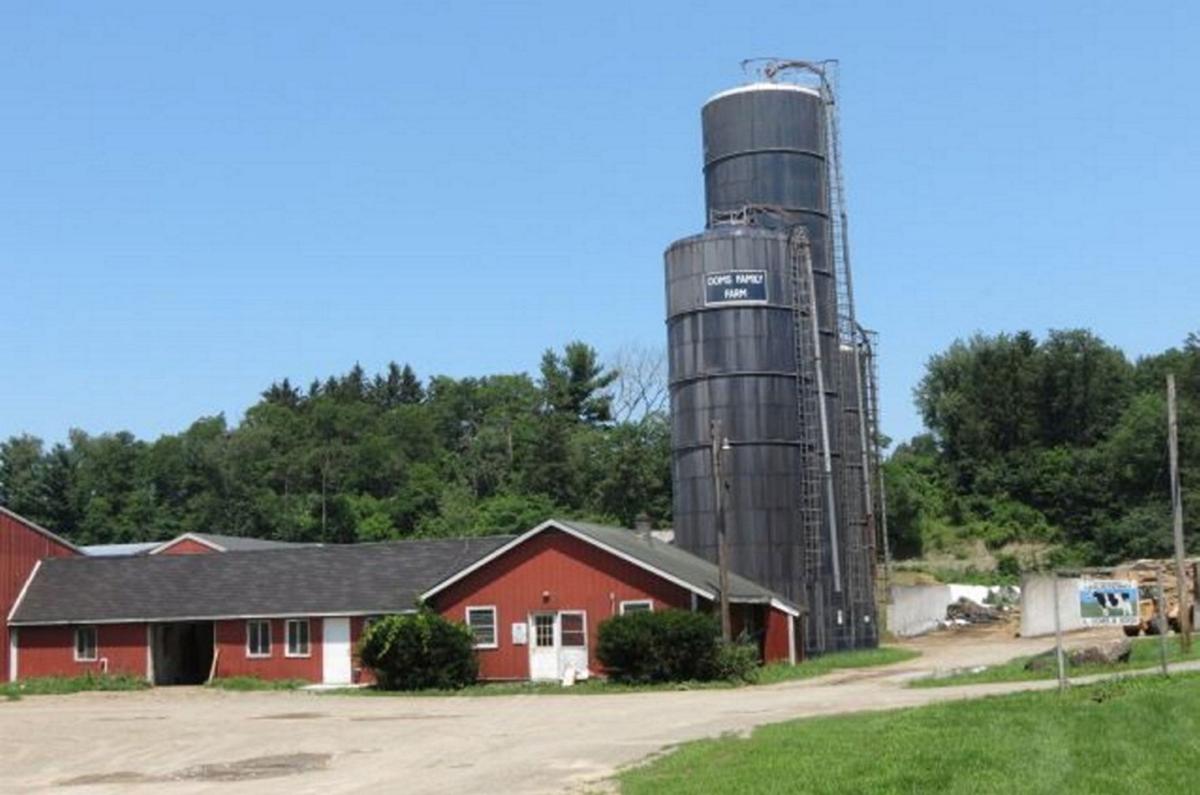 Silkie chickens at Feisty Acres in Jamesport, N.Y., Sept. 17, 2017. The North Fork area of Long Island is now host to a surprising assortment of creatures being raised for food (and income), largely by a new wave of farmers.

Farmers can apply for disaster loans from the federal government after they were largely excluded from the first round of eligibility.

The Small Business Administration began accepting applications from farmers for Economic Injury Disaster Loans on Monday after weeks of delays.

Farmers raced to submit their application materials this week after five weeks of being told they were not eligible for EIDL, said Todd Erling, executive director of the Hudson Valley AgriBusiness Development Corporation, based in Hudson.

“We mobilized Cornell Cooperative Extension, Young Farmers, and within two hours we blasted it out, ‘Hey get online, the portal is open now,” said Erling.

“This is a very busy time of the season and farmers are pivoting to selling online, doing deliveries, so being able to know the minute that EIDL opens is very difficult,” said Ackoff.

The loan program, administered by the SBA, provides low-interest business loans of up to $2 million and an emergency advance of up to $10,000. The advance does not need to be paid back, according to the SBA.

Common Ground Farm in Wappingers Falls submitted its EIDL application to the SBA on Tuesday after consulting with its accountant, said Sember Weinman, Common Ground’s acting director. The farm runs markets in Newburgh and Beacon in addition to summer camps and other educational programs.

The initial application was simple to complete, requiring just basic financial information, but Weinman said the farm is prepared to submit additional information to the SBA down the road.

The first EIDL application, which Weinman completed, is a screening application the SBA will use to determine a business’ eligibility and legitimacy, said Elizabeth Higgins, a business management specialist for Cornell Cooperative Extension in Highland.

Higgins has been working to educate farmers and extension specialists around the state about how federal programs like EIDL and the Paycheck Protection Program can help agricultural businesses get through the COVID-19 crisis.

“A lot of farmers are getting hung up because the screening application asks for the cost of goods sold,” she said. “What SBA is looking for there is your total operating expense.”

The loan is intended to help a business that was otherwise in good shape get through a disaster, so the SBA wants to ensure that businesses have enough income to cover the cost of the loan, Higgins said.

Farmers have a variety of resources at their disposal if they require assistance applying for federal programs. Cornell Cooperative Extension is holding webinars to help farmers navigate the crisis and Small Business Development Centers stand ready to assist.

“We know the lingo and we are familiar with the program so we can take them by the hand and guide them through the process,” said Sehwerert.

Sehwerert encouraged farmers who need help to make an appointment with his organization at www.nysbdc.org. The SBA is getting a high volume of calls and may not respond quickly to questions.

Both Erling and Ackoff said farmers are hurrying to apply because it is unclear how long the SBA will continue accepting applications.

“The real question is, Are they going to run out of funds before the farmers are able to access the funds?” said Ackoff.

SBA’s decision to reopen the portal to farmers came after weeks of pressure from Delgado and other members of Congress, who argued that the CARES Act, passed March 27, had intended farmers to have access to EIDL.

Delgado wrote a letter with 86 members of Congress on April 2 urging SBA Administrator Jovita Carranza to include farmers after it became clear they would be overlooked.

The following day, U.S. Sen. Marco Rubio, R-Fla., and U.S. Rep. Nydia Velázquez, D-N.Y., with whom Delgado serves on the House Agriculture Committee, sent Carranza a letter clarifying how Congress had intended the loan program to be administered.

Congress passed emergency legislation April 23 to replenish SBA funds and include agricultural producers in the loan program, but the SBA later changed course and said they would not accept new applications from farmers until they had tallied the existing applications in their system.

Delgado expressed his disappointment with that decision, saying the SBA considered farmers eligible “in theory only.”

Delgado cheered the reopening of the loan portal on Monday.

“I urge the SBA to approve these applications as soon as possible to get relief into the hands of our local producers,” he said in a statement.

New York’s delegation in Washington, including Delgado, U.S. Sen. Kirsten Gillibrand and U.S. Sen. Chuck Schumer, played a big role in pressuring the SBA to reopen for farmers, said Erling, who is a member of Delgado’s agricultural advisory committee.