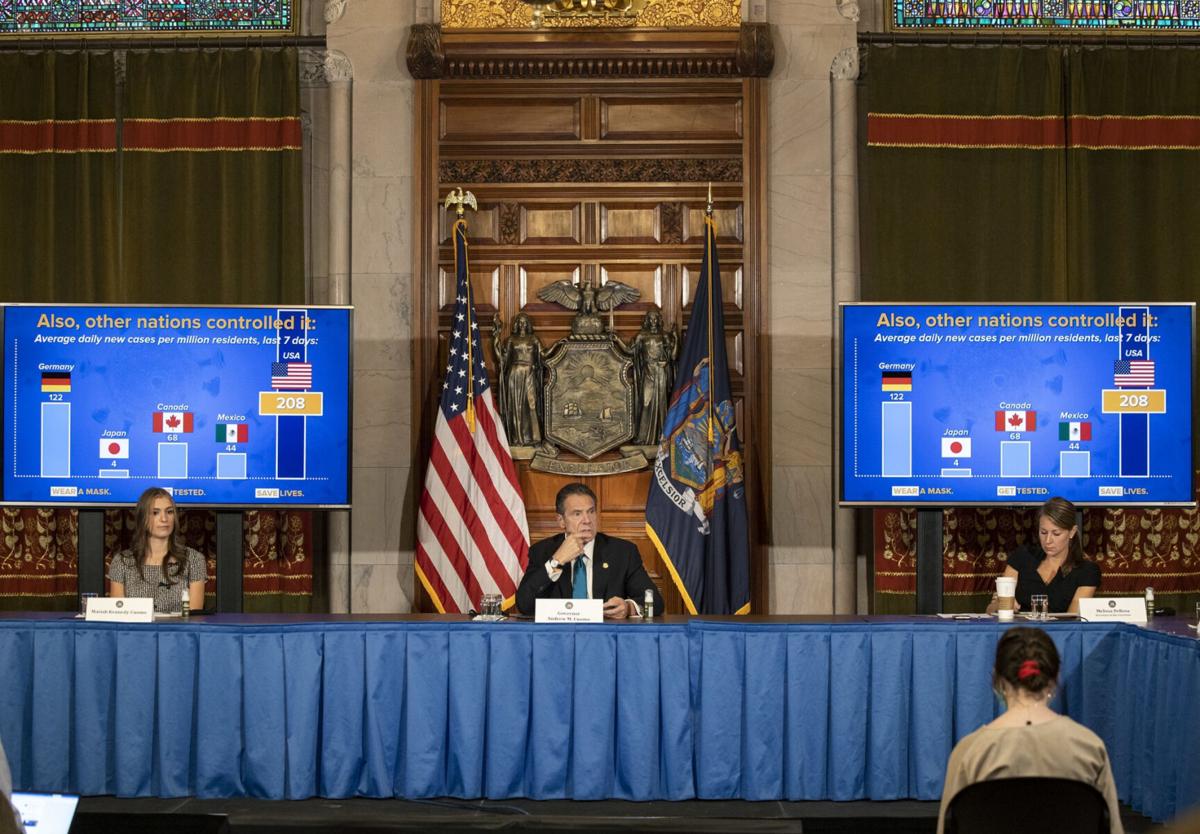 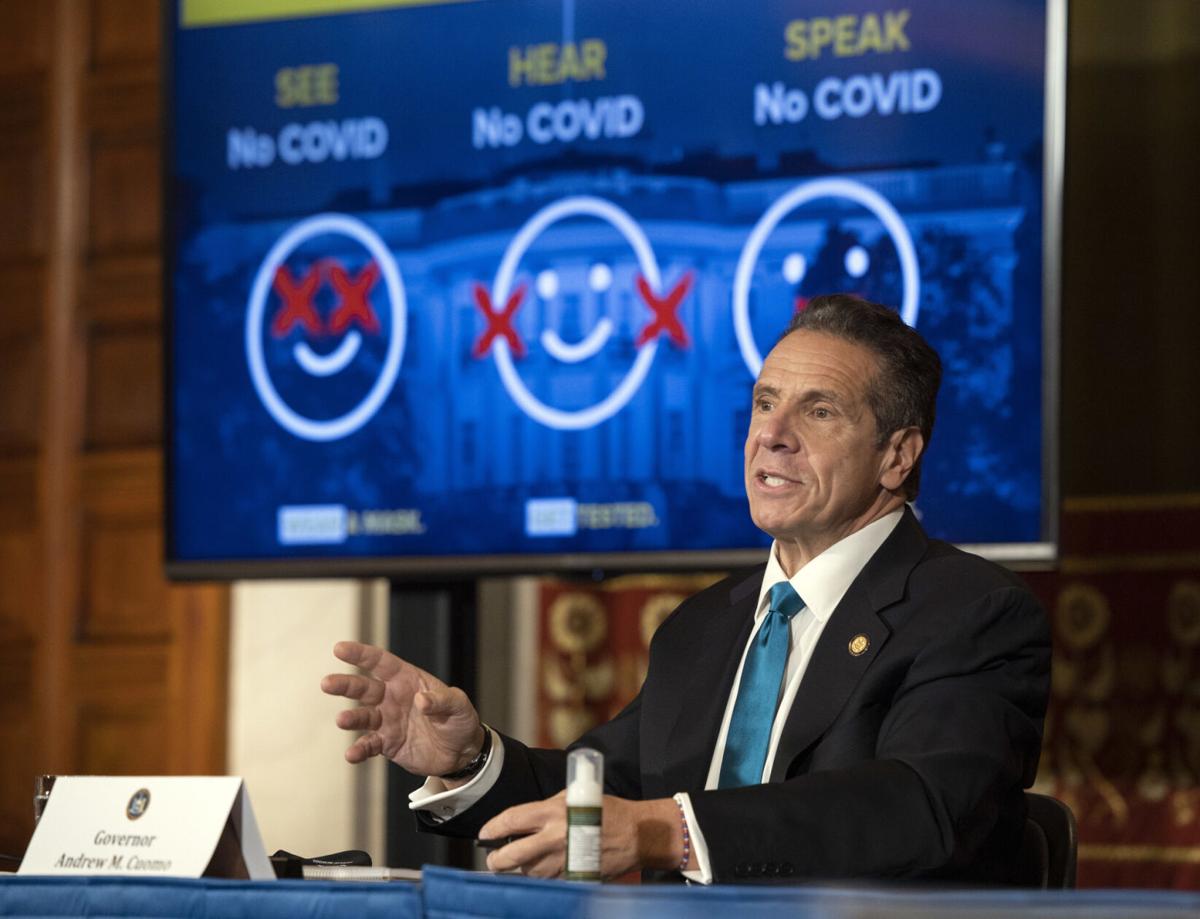 Gov. Andrew Cuomo discusses the federal government’s approach to addressing the novel coronavirus in the state Capitol in Albany on Monday as COVID-19 cases surge across the globe. Courtesy of Gov. Andrew Cuomo’s Office

Gov. Andrew Cuomo discusses the federal government’s approach to addressing the novel coronavirus in the state Capitol in Albany on Monday as COVID-19 cases surge across the globe. Courtesy of Gov. Andrew Cuomo’s Office

During a coronavirus briefing in the state Capitol in Albany on Monday, Cuomo continued his response to White House Chief of Staff Mark Meadows’ claim the nation is not going to control the spread of the novel coronavirus. Meadows said the United States is “not going to control the pandemic because it is a contagious virus” during an interview with CNN’s Jake Tapper on Sunday morning.

“That is their theory,” Cuomo said Monday of President Donald Trump’s administration and the federal coronavirus response.

Clusters persist with tightened limited capacity and business regulations in Brooklyn, Queens, Orange, Rockland, Steuben and Chemung counties, but have started to decline. The infection rate was 3.25% in those geographic red zones Monday, slightly up from 3.1% Sunday, but down significantly from upward of 5% and 6% new infections in previous weeks.

“This is not a political debate, it is not a theoretical debate — these are facts,” Cuomo said.

“The federal government has not even tried to control the virus,” Cuomo said. “If you don’t believe you can control it, you don’t even try.”

Officials completely shut down local economies within weeks when the virus turned the state into the nation’s, and at one point the world’s, epicenter of the disease this spring. Trump, who has focused his time in office and re-election campaign on economic growth, has largely discouraged shutdowns.

Governments can now control the virus through similar pinpointed regulations in targeted geographic areas or neighborhoods with a surging coronavirus outbreak.

“Without the microcluster strategy, you’re going to see that number go straight up,” Cuomo said. “It’s the same conversation we had in March.”

Various projection models from national health experts including Columbia University, McKinsey and the Gates Foundation-funded IHME, estimated 110,000 to 140,000 New Yorkers hospitalized at the height of the curve of the pandemic’s initial wave in March and April. New Yorkers successfully slowed the spread of the disease where the state reached 18,825 hospitalizations at its peak.

“Flattening this curve is controlling the virus,” Cuomo said. “God didn’t intervene and change the numbers. We controlled the spread. So ask yourself, how did New York reduce their infection rate if you can’t control the virus?

“You can’t eliminate it, but you can control it.”

Thousands of people will die from the virus by the time a vaccine is produced, procured and administered to hundreds of millions of Americans, Cuomo said.

The United States reports one of the highest rates of new COVID-19 cases per day on average, Cuomo said.

The U.S. has had an average of 208 new infections per million residents over the last week, compared to four new cases per day in Japan, 68 in Canada, 44 in Mexico and 122 in Germany, Cuomo said.

“Why did Americans give up? Other countries didn’t give up,” Cuomo said. “How did America, the greatest country in the world, give up and lose this war?”

“You underestimate the American people,” Cuomo added. “We know they will do the right thing because we’re doing it here in New York. ... Because they’re smart and they heard the facts and they care about one another.

The state reported a 1.18% COVID-19 infection rate Monday without microclusters, and 1.45% positive with the included affected hot spots of 82,117 daily diagnostic tests.