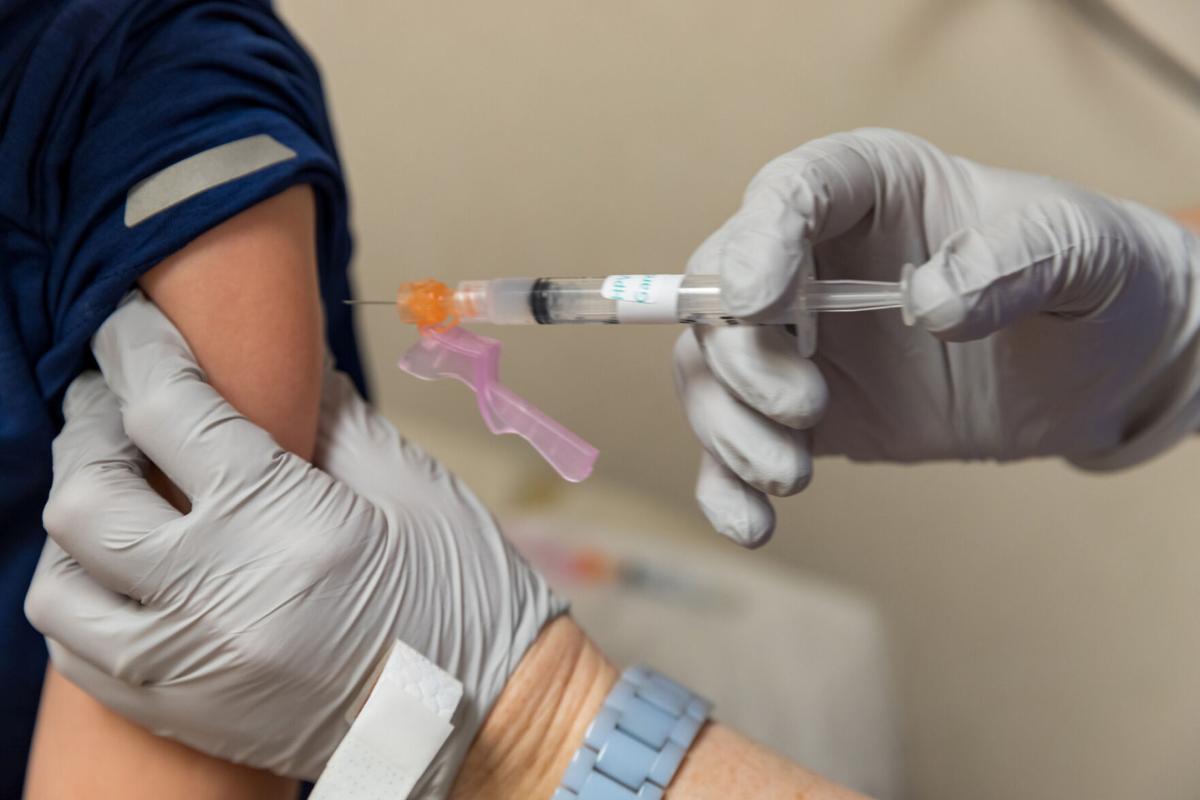 With a COVID-19 vaccine in development, Gov. Andrew Cuomo is calling on President Donald Trump for a plan to distribute and administer the vaccinations when they become available. Dreamstime/TNS 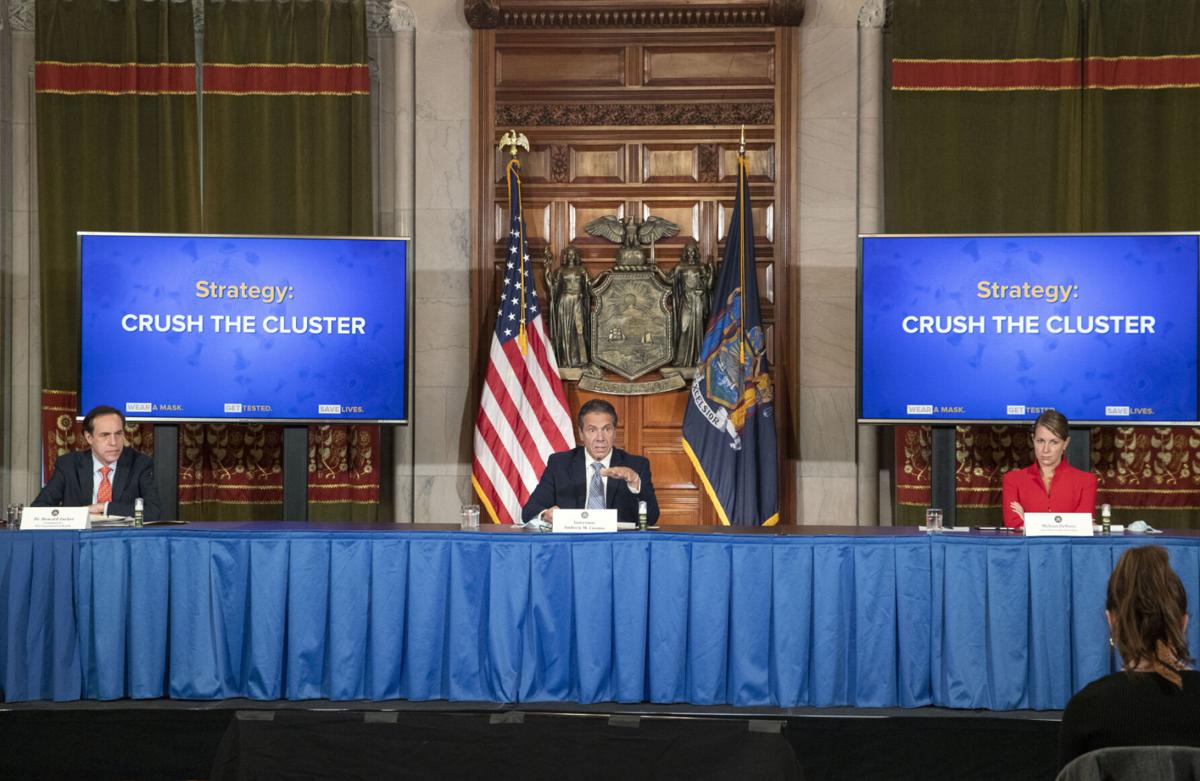 Gov. Andrew Cuomo speaks during a coronavirus briefing in the Red Room at the state Capitol in Albany on Oct. 6. Mike Groll/Office of Governor Andrew M. Cuomo

With a COVID-19 vaccine in development, Gov. Andrew Cuomo is calling on President Donald Trump for a plan to distribute and administer the vaccinations when they become available. Dreamstime/TNS

Gov. Andrew Cuomo speaks during a coronavirus briefing in the Red Room at the state Capitol in Albany on Oct. 6. Mike Groll/Office of Governor Andrew M. Cuomo

ALBANY — Gov. Andrew Cuomo is calling on President Donald Trump to provide a plan for a national rollout of a COVID-19 vaccine when it becomes available.

“Dealing with COVID is not checkers, it’s chess, so let’s start to think ahead,” Cuomo said on a media conference call Thursday afternoon.

The National Governors Association penned a letter Thursday to the president asking for a meeting and for details on how the vaccine will be distributed and administered. Cuomo is chairman of the association.

“That will be the first hurdle,” he said.

Some people will reject the vaccine, which will lead to flareups of the coronavirus even after the vaccine becomes widely available, and that will have to be dealt with, Cuomo said.

The letter to the president requests details about how the vaccine will be distributed to hundreds of millions of Americans nationwide.

Putting a plan for the vaccine in motion is important to ensure once a vaccine is available, it can be distributed efficiently and effectively, and states are willing to help, according to the letter.

“Guidance and clarification is needed on the roles and expectations of the states in that vaccine distribution implementation program,” according to the letter.

The U.S. Centers for Disease Control and Prevention announced this week a vaccine could be developed by the end of the year, but initial supplies may be limited.

“The goal is for everyone to be able to easily get a COVID-19 vaccine as soon as large quantities are available,” according to the CDC. “The plan is to have several thousand vaccination providers available so no one will have to travel far to be vaccinated, whether it’s at your doctor’s office, retail pharmacy, hospital or federally qualified health center.”

Distributing the vaccine will be a large, complex operation, Cuomo said.

“It is a massive, monumental undertaking and if you listen to the White House, it could be just a matter of weeks away,” Cuomo said. “I am telling you, there is no simple answer.”

The state continues to deal with microclusters of the coronavirus, areas in Brooklyn and Orange, Rockland and Broome counties, where the virus is spiking.

Few of those outbreaks would have occurred if people complied with COVID-19 regulations like mask wearing and social distancing, and if municipalities effectively enforced the rules, Cuomo said.

“If we have better enforcement with COVID, we will save lives,” he said.

Some people in the “red zones,” particularly in ultra-Orthodox Jewish communities downstate, have pushed back against the tighter restrictions in their neighborhoods, and some of the protests have turned violent. Many of those communities never complied with the regulations since the beginning of the outbreak in March, Cuomo said.

“It’s not that they are not complying with the current red-zone rule. They never complied with any of the close-down rules going back to March,” Cuomo said. “That is why some find it shocking, because they didn’t follow many of the rules all along and that’s why they think this is abrupt.”

“We are going to give New York City 200,000 test kits so they can do the tests in the schools in the yellow zones,” Cuomo said Thursday.

The infection rate in the state’s red zones was 4.84% Thursday, with the state rate outside the red zones 0.99%. The statewide rate including the red zones stands at 1.09%.

Thirteen New Yorkers died from the virus Thursday. The state reported 897 hospitalizations Thursday, a decline of 41, with 197 New Yorkers in intensive care units and 95 intubated.

There were 131 positive COVID-19 tests across 111 schools Wednesday statewide.