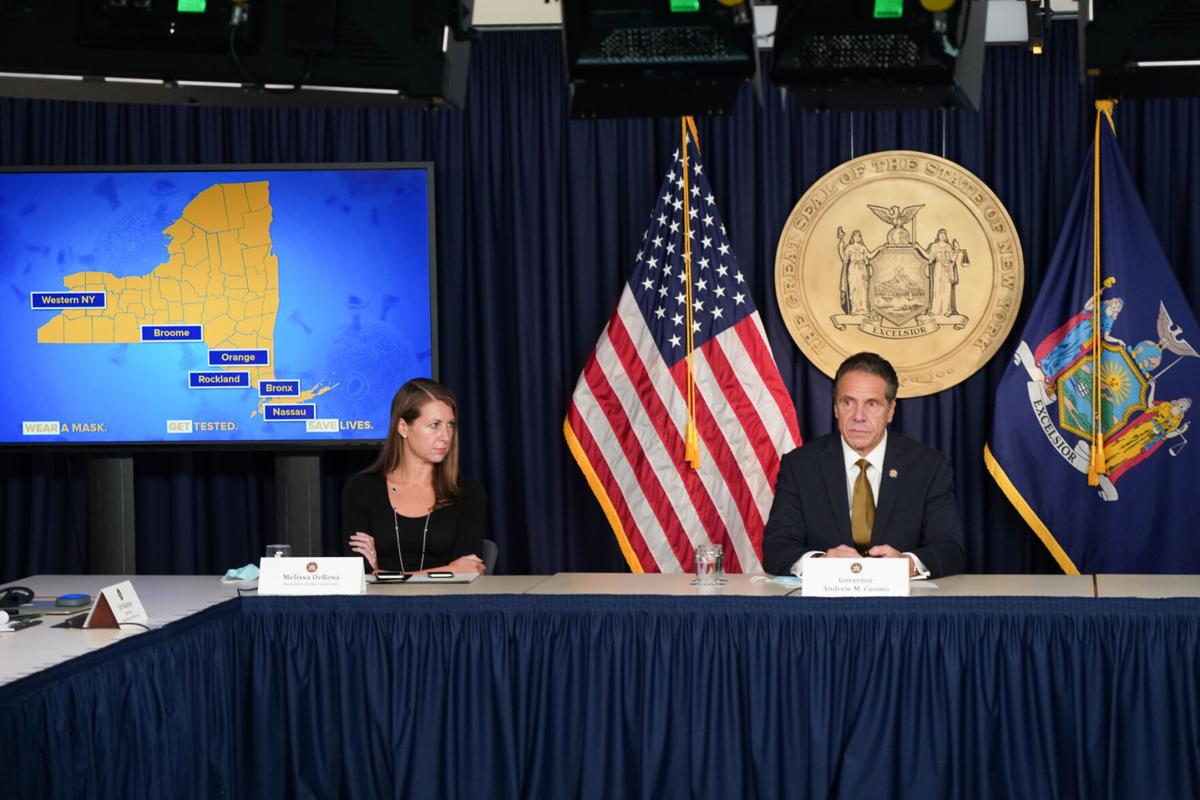 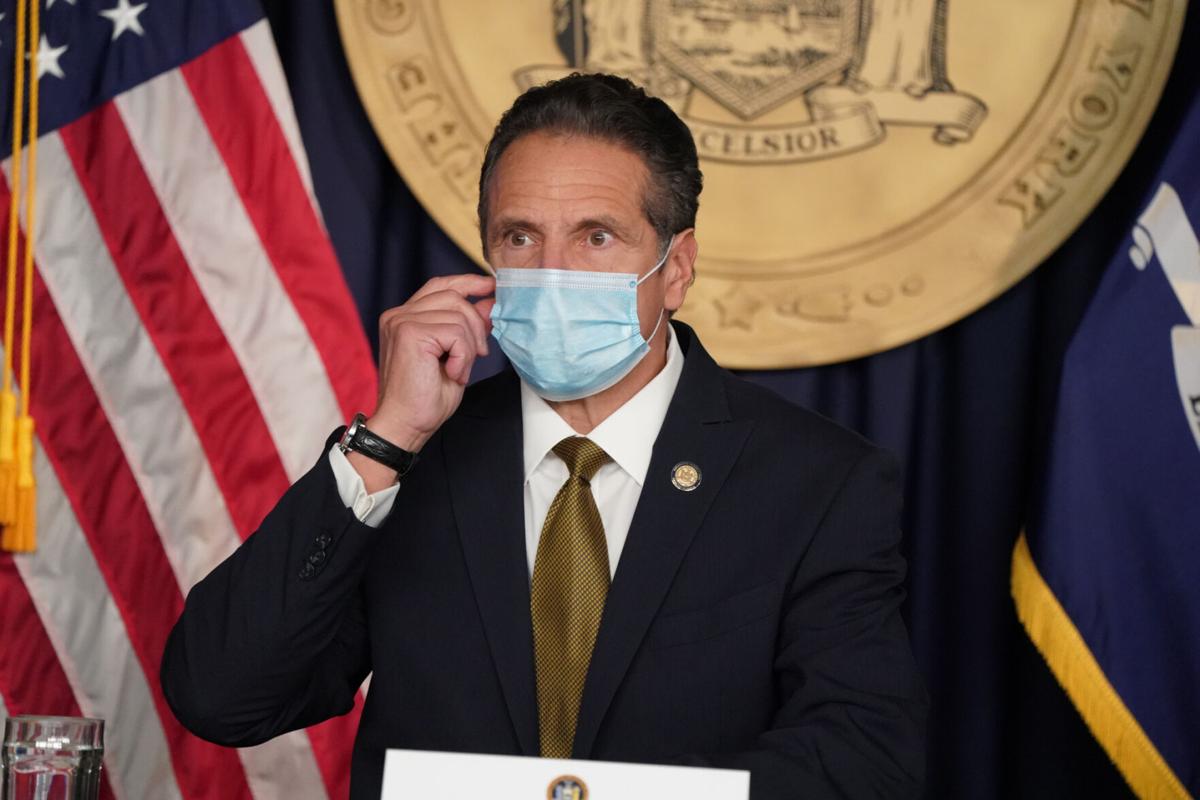 NEW YORK — Religious institutions will be shut down if the communities refuse to comply with state COVID-19 regulations and schools in some virus hot spots will be closed Tuesday, Gov. Andrew Cuomo said Monday.

COVID-19 infection rates are spiking in 20 ZIP codes around the state, primarily in Brooklyn and Queens in New York City and Orange and Rockland counties in the Hudson Valley. The coronavirus infection rate in those hot spots is 5.5%.

Outside those hot spots, the statewide rate was 1.01% as of Monday, Cuomo said at a coronavirus briefing in New York City.

There is also concern over rising rates in Western New York and Broome County, Cuomo added.

“These clusters have to be attacked,” Cuomo said.

The spiking rates led to the governor’s decision to close both public and private schools in hot spot ZIP codes in New York City. Schools may be closed in other hot spots, such as Orange and Rockland counties, in the future, Cuomo said.

Schools and colleges reopening in the fall have been a concern as the pandemic continues as colder weather moves in, Cuomo said.

“The fall is a challenging period and we expect to see the infection rate go up in the fall,” he said.

The most important tools in fighting the virus are testing, contact tracing and enforcement, the governor said.

He called on local municipalities to enforce COVID-19 rules.

“Any rule is only as good as enforcement, especially if people don’t want to follow it,” Cuomo said.

There are four major areas of concern in battling the virus, Cuomo said: Schools, religious gatherings, public spaces and businesses, in descending order.

Testing at schools in some hot spot areas has been lacking, Cuomo said.

“Better safe than sorry. I would not send my child to a school in a hot spot cluster that has not been tested, where I did not have proof that the infection rate was low in that school,” Cuomo said.

That is why the decision was made to close schools in those areas, he said.

No schools in the Twin Counties are impacted by the governor’s decision at this time. A handful of individual cases have cropped up in local schools — Greenville and Coxsackie-Athens in Greene County and Chatham and Hudson in Columbia County, but those individuals were not on campus and the infections did not spread.

Religious gatherings are another area of concern.

Current regulations limit outdoor gatherings to 50 people, and some events have drawn hundreds and upwards of one thousand people, Cuomo noted.

Enforcement of the regulations has been insufficient, Cuomo said, with violations of social-distancing and mask-wearing regulations.

The governor will meet with leaders in the ultra-Orthodox Jewish community in hot spot areas Tuesday.

“If you do not agree to enforce the rules, then we will close the institutions down,” Cuomo said. “I am prepared to do that.”

The governor wants someone at the entrance of houses of worship during services to ensure limits on capacity in the building are followed, and that all COVID rules are enforced.

Cuomo is also calling on municipalities statewide to enforce public health regulations with regard to COVID-19.

New York City, in particular, needs to be more aggressive in enforcing the rules, Cuomo said. The governor will send in state officials to make sure regulations are enforced in areas with high infection rates.

“The state is going to take over enforcement oversight in all the hot spot clusters. Local governments will need to provide us with personnel, but the state will take over the enforcement with the local personnel. I do not have enough state personnel to supplement every local police department in the state,” Cuomo said.

Health department officials will also aid in enforcing the rules.

Nonessential businesses could also be closed in virus hot spots. The state is refining the process in targeting areas of concern, Cuomo said.

Only schools in hot spot ZIP codes in New York City are being closed at this time. The state will also develop criteria for when and how those areas will reopen.

New York state’s overall infection rate is low in comparison to many areas of the country and the world. Globally, rates are rising in Israel, Argentina, Canada and the United Kingdom, among others.

“All over the globe, the infection rate is going up. Countries that were doing really well are going up,” Cuomo said.

In comparison, New York’s rate is very low, he said.

“One percent is an unbelievably low infection rate and as we go into the fall, I think it is going to be practically unsustainable, but it is remarkable that we are that low right now,” Cuomo said.

The statewide infection rate, including hot spot areas, is 1.2%.