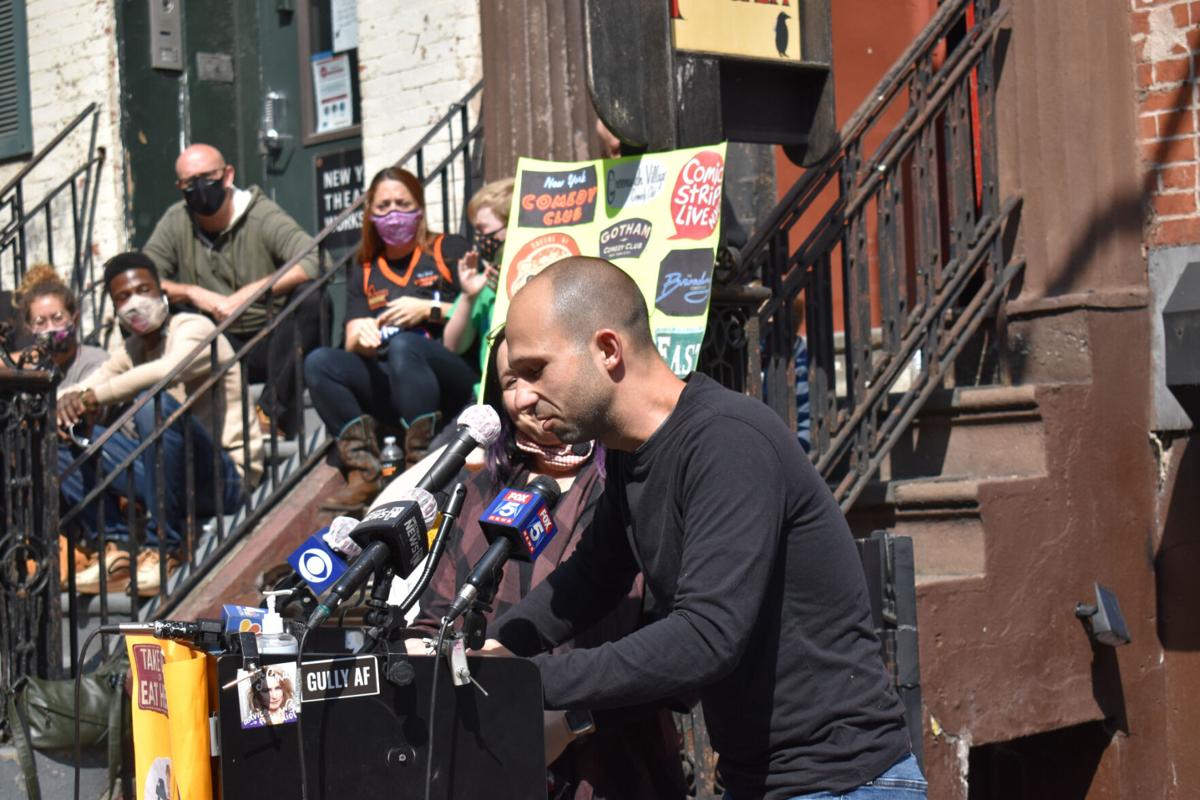 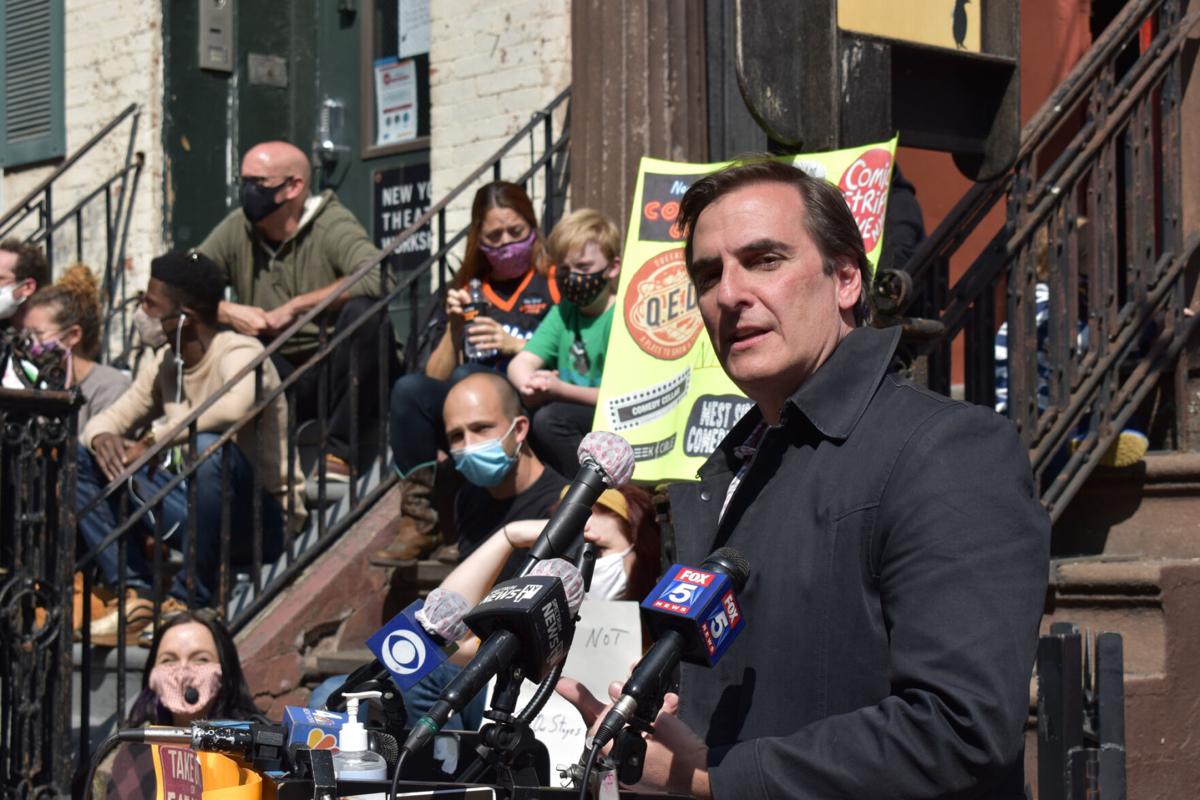 Kambri Crews, owner of QED Astoria, led a rally outside the New York Comedy Club in Manhattan on Tuesday afternoon asking Gov. Andrew Cuomo to review a five-page proposal submitted by multiple comedy club owners to the governor’s office Sept. 5 detailing how the venues could safely reopen as COVID-19 continues.

“We ask they [officials] give live entertainment the same consideration as has been given to other industries,” Crews said. “Shame on them, really.”

“We are drowning here,” Crews said, appealing to state leaders. “Throw us a lifeline instead of pushing us deeper into debt. Viva comedy!”

Sen. Mike Gianaris, D-Queens, said the state’s failure to reopen comedy clubs is an arbitrary distinction as similar indoor industries resumed months ago. Indoor dining reopened in upstate regions in July, but New York City diners can start to enjoy meals inside at the end of the month.

“Why is it restaurants are not dangerous?” Gianaris asked the crowd Tuesday. “Why is it comedy clubs are being singled out when they can be just as safe?

“We have a massive health crisis ... but we are failing at the recovery. We are not paying enough attention on getting our businesses back.”

Gianaris had a productive meeting with Cuomo’s staff earlier this month about how to safely reopen comedy clubs, he said, but has heard no updates for weeks.

“If there is any time when a laugh is needed, it’s now,” Cuomo’s Senior Advisor Rich Azzopardi said in a statement. “We’ve been talking to the industry and other stakeholders and it’s our hope we’ll be able to put together guidance where these performances can resume in a way that also keeps New Yorkers safe.”

The majority of comedy clubs are small, and not large arenas or spaces for crowds of people, Gianaris said.

“Let’s get it right helping our small businesses get back on track,” he added. “We need to start getting to the next phase.”

“This is no joke,” he said. “So many of the businesses I used to go into every day are gone. I think Mr. Cuomo has a gross misconception of what comedy clubs are. It’s not his fault, but it’s his fault now if he doesn’t listen. What’s a small thing for him is a huge thing for us.”

“It’s the performers who are the issue,” Sowle said. “Personally, I think it could be safe, or relatively safe ... but there’s not much you can do in theater production. They’re not going to be more than 6 feet apart if there are more than two or three people in a show.”

Attending a show is a communal activity, Sowle said, and audiences tend to be the most vulnerable members of a community, including the elderly.

“Unless people are feeling like they’re gathering together to watch something together [the theater] really doesn’t function,” he said. “It’s really frustrating. We’re hoping by April, something is changed enough so we can have people indoors.

“We want people to be safe. We’re not pushing anybody.”

State officials continue to monitor the data and will act accordingly to reopen movie theaters, Azzopardi said. He would not provide a time frame for when guidance to resume business is expected to be released.

“They really miss the movie experience,” Mussmann said. “I don’t understand some of the governor’s thinking. He’s opened gyms, he’s opened schools. ... I understand, but the thinking is strange when it comes to some of the choices the governor has made.”

Movie theaters could operate at 50% capacity, the local theater owner suggested, and could wear masks while seated 6 feet apart.

“We could serve them their popcorn and we could bring it to them to try to limit as much contact as possible,” she said. “But this isn’t going away tomorrow. We’re smart, we have been working, handling this all along and making sure everyone stays healthy. It’s really up to the governor.”