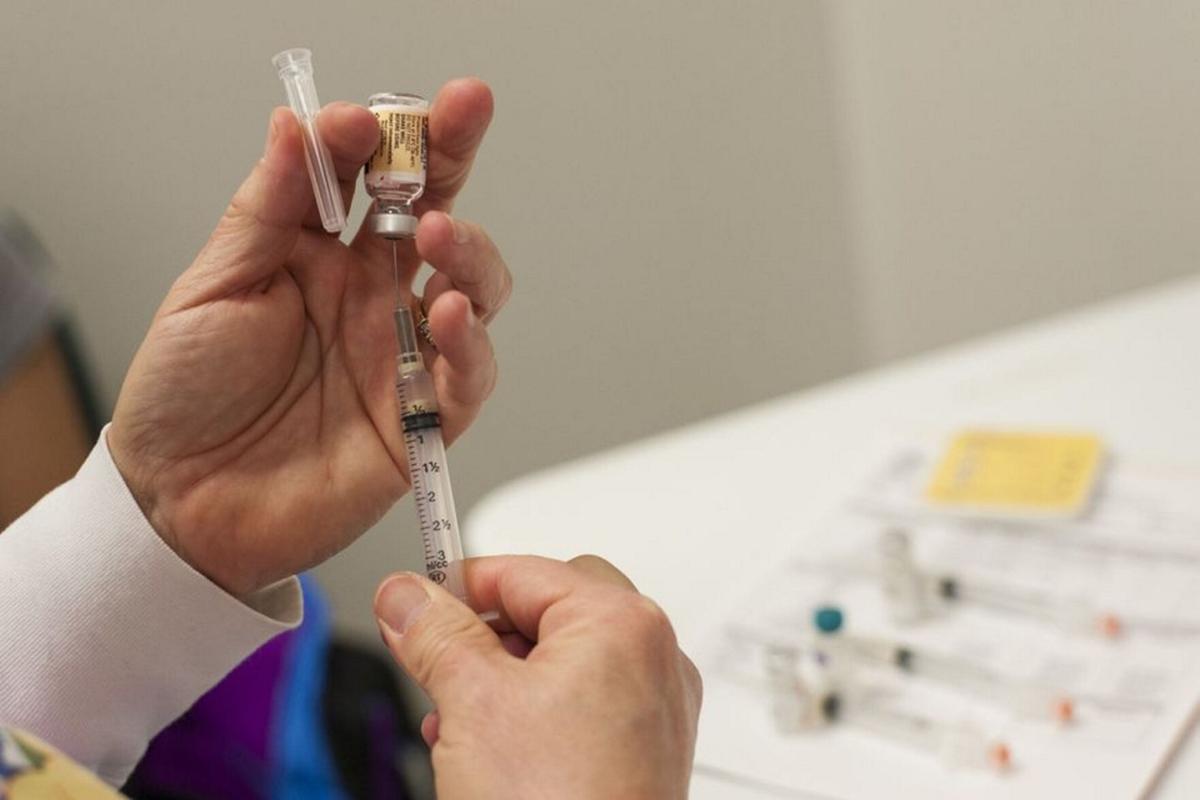 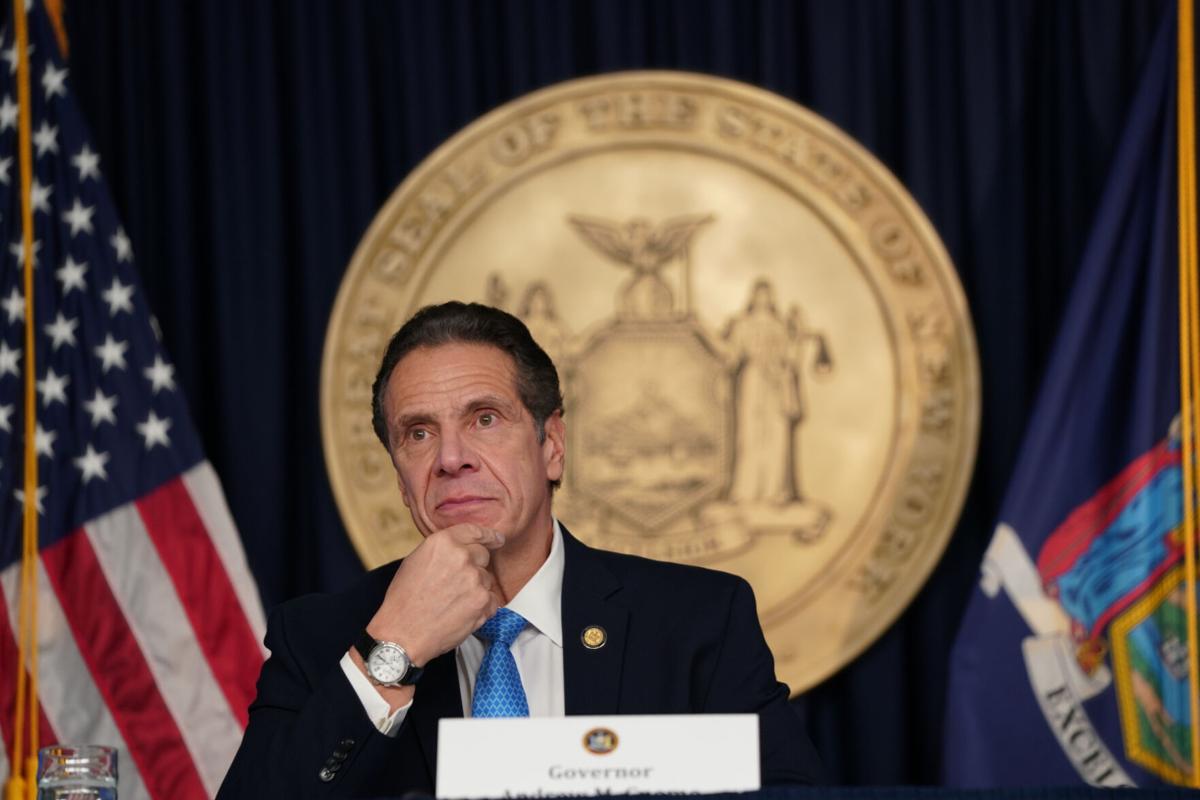 ALBANY — States lack the proper funding and planning to distribute a COVID-19 vaccine to all Americans, Gov. Andrew Cuomo said Tuesday, before sending a letter to federal leaders demanding they bolster preparations to properly immunize minority and low-income communities.

Cuomo sent a letter with 54 activist groups to U.S. Department of Health and Human Services Secretary Alex Azar on Tuesday urging President Donald Trump and his administration to focus on outreach to Black, brown, Asian and low-income communities in COVID-19 vaccine distribution plans.

“The vaccination program is going to be a major governmental undertaking and it has to be done right,” Cuomo said Tuesday during a conference call with reporters. “I’m bringing to the attention of the federal government what I think are gross omissions I think will fundamentally impede effective vaccination.”

Mass vaccine production remains contingent on authorization from the U.S. Food and Drug Administration, which is expected to approve Pfizer’s vaccine in the coming weeks.

In November, Pfizer and Moderna announced their respective experimental COVID-19 inoculations are nearly 95% effective. Last week, British drugmaker AstraZeneca revealed a vaccine under development with Oxford University appears to be up to 90% effective.

Cuomo criticized federal lawmakers for not providing states funding to successfully distribute a COVID-19 vaccine to the American public. Health experts estimate about 80% of a community needs to be vaccinated to prevent spread.

“The federal government hasn’t even funded the current deficit,” Cuomo said. “Now you think the states are in a position to fund the vaccination program? They’re not.”

The state is on track to spend $5.1 billion on COVID-19 pandemic response by the end of the month, he said.

“The extent of the federal program isn’t fully clear, making it difficult for the state to assess costs,” Klopott said.

The state’s mounting deficit caused by unprecedented pandemic spending is expected to force health care, education and funding to localities to be slashed by an estimated 20% without additional federal aid. The anticipated health care cuts will affect the number and training of essential workers necessary to distribute the vaccine, Cuomo said.

For weeks, Cuomo and several Democratic leaders, including U.S. Sen. Kirsten Gillibrand, have called for the Trump administration to develop a plan for public outreach and information efforts in Black, brown, Asian and low-income areas hit hardest by the pandemic.

“Their rate of skepticism is higher,” Cuomo said of residents in minority and poor communities. “You’re going to have to partner with Black churches, with public housing projects, with public information campaigns. There’s no such provision in the federal program. I believe that is discrimination either by intent or by effect, and I believe it’s illegal.”

A plan lacking those details will exacerbate the health disparity between white and minority Americans, who are more likely to have underlying illnesses, Cuomo said.

New York proposed modifying the data-sharing agreement states were required to submit to the federal government before receiving COVID-19 vaccination shipments. Federal officials suggest states use Social Security numbers or driver’s license or passport information to identify each person who receives a vaccine.

President-elect Joe Biden will take over the national pandemic response after his inauguration Jan. 20 and may reverse the requirement, but the Trump administration continues to mandate state officials to sign the agreement.

Cuomo and 54 lobbying and activist organizations, including the NAACP and National Urban League, proposed the state provide an identification system and aggregate data to track vaccinated residents without requiring a patient’s Social Security, passport or driver’s license numbers, in their letter to Azar on Tuesday.

“It is in everyone’s interest for all of us to work together to encourage our respective constituents to participate in the vaccination program,” according to the letter. “The undocumented community has specific and valid cause for concern in providing unnecessary, irrelevant and sensitive information to federal agencies.”

Earlier this fall, Cuomo sharply spoke against the data agreement, arguing it could dissuade undocumented immigrants from getting vaccinated, as the agreement asks states to provide identification data that could be shared with ambiguous “multiple federal agencies,” potentially including Immigration and Customs Enforcement and the Department of Homeland Security.

“The light at the end of the tunnel is the vaccination,” he said. “The vaccination process has to work to end the pandemic.”

Cuomo and his top aides expect the vaccine to be widely available to the public in late spring or summer 2021.

“So that is a relatively long period of time,” Cuomo said. “Although we can see the goal line, that also depends on how effective we are at distributing the vaccine.”

For months, the governor has warned distributing a coronavirus vaccine to the majority of 330 million Americans at two dosages each will be a difficult task. This week, New York surpassed the 19.5 million diagnostic testing mark, or the rough number of New York residents statewide, at nearly nine months into the pandemic.

The governor projects coronavirus infections will soar through New Year’s and expects viral transmission to level off in mid-January.

Sixty-six New Yorkers died from the virus Monday, up from 54 Sunday, and about 35 daily fatalities every day last week.

Western New York continues to be the region with the state’s highest infection rate at 7.2%. Infections are increasing statewide with 6.2% in the Finger Lakes, 5% in Central New York, 3.4% positive in the Capital Region and 4.7% in the Mid-Hudson region with 2.8% in the North Country.