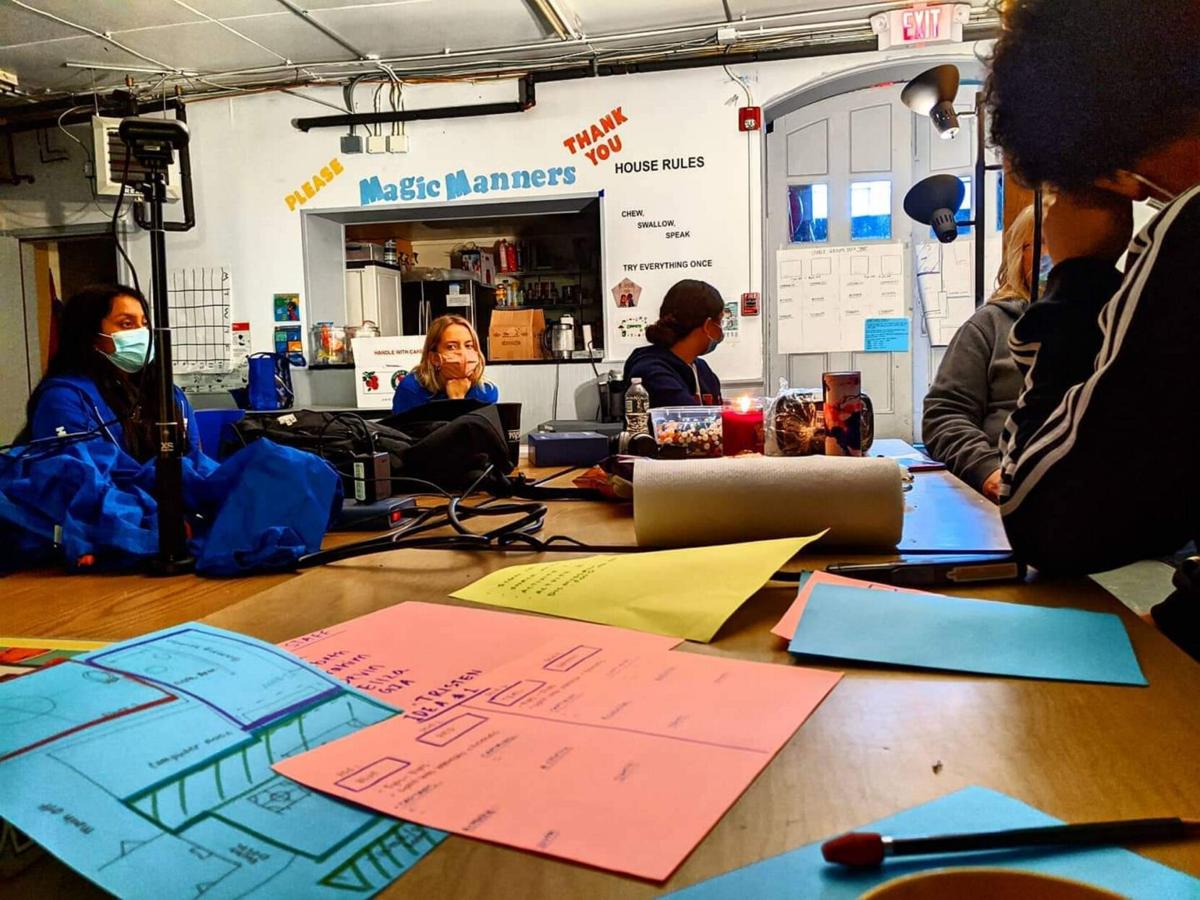 Staff at the Hudson Youth Center. Programming at the facility will be virtual through the end of this year in response to the virus outbreak. Contributed photo 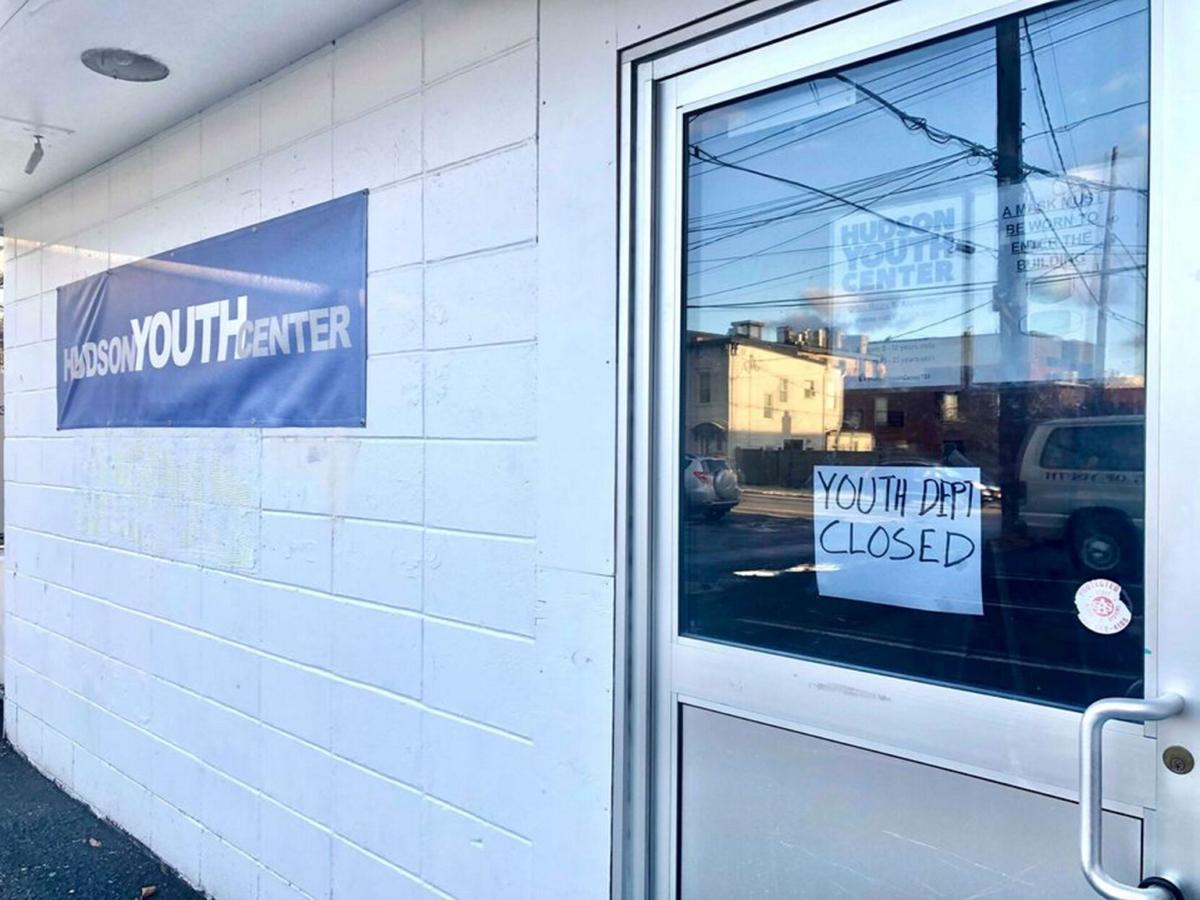 The Hudson Youth Center is moving to a virtual format for the remainder of 2020 in response to the COVID-19 surge. Aliya Schneider/Columbia-Greene Media

Staff at the Hudson Youth Center. Programming at the facility will be virtual through the end of this year in response to the virus outbreak. Contributed photo

The Hudson Youth Center is moving to a virtual format for the remainder of 2020 in response to the COVID-19 surge. Aliya Schneider/Columbia-Greene Media

HUDSON — The Youth Department is going entirely virtual for the remainder of 2020 as part of an effort to reassess the spread of COVID-19 in Hudson.

The youth center restructured its programming into pods in early November to make COVID-19 contact tracing easier. The new structure is going well, Youth Director Nick Zachos said, but it wasn’t enough to be safe with recent virus spikes.

Youth center staff had been watching the infection rates in the county, city and school district and heard a lot of families will be gathering in person for Thanksgiving, Zachos said.

“I guess we wanted to be as cautious as possible in moving forward and we don’t have all the tools that the school district and other organizations have to be able to monitor when somebody’s on quarantine or not on quarantine, so we just wanted to take a position that’s taking the safety of our youth and our staff and our community as priority,” he said.

National statistics show people of color and those experiencing poverty are most adversely affected by the virus, Zachos said.

“That’s a high percentage of the population that we serve,” he said.

Discrimination, health care access and utilization, occupation, education, income and wealth gaps and housing are all factors associated with additional COVID-19 impact, according to the Centers for Disease Control and Prevention.

“These factors and others are associated with more COVID-19 cases, hospitalizations and deaths in areas where racial and ethnic minority groups live, learn, work, play and worship,” according to the CDC website.

The COVID Tracking Project has racial data on COVID-19 deaths in the United States. As of Tuesday, 114 deaths per 100,000 people were Black or African-American and 58 were white, according to the tracker.

The Youth Department’s decision to go online was made over the weekend and the earliest the virtual programming will begin is next week, Zachos said.

Programming will have similar hours to the in-person schedules. In terms of budget savings, it’s too early to tell, but there may be some, Zachos said.

“We’ll need to play it out for a little bit because it’s such a new program before we can see what the budgetary impact will be, but I assume there will probably be some cost savings associated with it,” he said.

Staff will create programming based on social media in efforts to meet youth where they are spending much of their time, Zachos said.

“A lot of our most successful programs like Sound Lab (music production) or singing and music lessons or our video program can actually transition pretty nicely over to online formats,” he said.

Hip-hop dance has been a popular aspect of TikTok among youths, Zachos said.

“You’re seeing groups of people across the country, across the world, teaching each other dances or acting out scenes virtually,” he said.

The decision to move online will inevitably impact child care and was not made lightly, Zachos said.

“The reality is, if we did have an outbreak, the repercussions of that could be so much more serious and severe than those day-care needs and that’s the kind of cost-benefit analysis we need to do,” Zachos said.

Mayor Kamal Johnson, who collaborated with Zachos and youth staff to make the decision, did not hesitate to recognize that child care will be a concern.

“Yeah, I mean that’s why it’s always a tough decision, is because so many families rely on the Youth Center for child care and along with all the other programs that are in our city, but it comes down to an issue of keeping everyone safe,” Johnson said. “So like, this is not something that we want to do but it’s a necessity right now to keep everyone safe and we’ll keep evaluating and watching how the virus progresses and how the city reacts to the next surge and hopefully we can get things back up and running and safe for everyone soon.”

Johnson doesn’t know what solutions will come for families who will struggle with the in-person closing, but noted many parents are working from home.

“It’s tough; as a parent myself, it’s tough, but most jobs have now, you know, moved to working at home,” Johnson said. “A lot of the students, the majority of the students in our school district, are virtual instead of in-person, so families have found ways around it. It’s tough but people are adjusting to the times. I mean as a parent I understand tenfold.”

Some families rely on other family members or friends to watch their children, Zachos said.

“I know that some families kind of pop up into groups to find those day-care situations if older siblings are home,” Zachos said. “Virtual learning sometimes provides the necessary day care.”

Zachos and staff have been in contact with families, and no one has said they don’t have a solution for child care, he said.

“We’re checking in,” he said. “That will be part of the online programming, is doing individual outreach to the families we serve and making sure they have day care, food and all the other health and well-being we provide for youth here.”

The youth center served about 50-100 youth each evening this time of year before the COVID-19 pandemic and over the past month averages have been closer to 40-60 youth because of registration limits put into place because of the virus, Zachos said. The center serves children ages 5-12 during a 3 p.m. to 6 p.m. shift and 13-21 during a 6 p.m. to 9 p.m. shift, he said.

Online programming will be an experiment and staff don’t know how many youths to expect, Zachos said.

“We’re going to try a bunch of different iterations and see what ends up working and what the youth respond to and what we can effectively offer, but really it’s breaking new ground,” Zachos said. “We’ve never done anything like this so it’s going to be a learning experience for us and for the community.”

Early city efforts to get Wi-Fi hot spots in homes in need of internet for remote learning have been well maintained, Zachos said.

“In our informal polling for our families, right now internet access is not a big issue,” Zachos said. “There has been such big groundwork done on that.”

The Youth Center can access hot spots if internet does become an issue, he added.

The modifications are part of a larger citywide effort to address COVID-19 rates.

City Hall, for example, is dividing staff working from home and in the office, Johnson said.

“Just in case there’s ever an outbreak, we won’t be fully compromised,” Johnson said. “All of our departments are ramping back up our protocols.”

Each department head meets with Johnson and a city attorney weekly to discuss COVID-19 response.

Johnson signed a local state of emergency order effective Nov. 23-27 imposing restrictions to address the COVID-19 pandemic. The emergency order has to be reissued every five days.

He signed a second order Monday, but it has not been uploaded on the city website as of Tuesday. Johnson will sign another order for next week with updated restrictions, he said.

Since last week’s five-day order was not in place over the weekend, Johnson will begin signing the orders on Fridays.

The city fire department is moving its meetings to virtual formats and both police and fire departments are re-emphasizing protective measures, Johnson said.

The city has put aside money for ordering more protective equipment, Johnson said. The senior center will remain closed to the public. Non-city-run establishments will soon have to re-evaluate their precautions as well, Johnson said.

“I know a lot of them know it’s coming, but that’s the nature of where we are right now,” he said. “Everybody wants to make sure that they still are a valuable resource but at the same time they have to protect the people that they serve.”