Contributed photo The community banded together in a show of support for nursing homes and health care workers Tuesday afternoon. 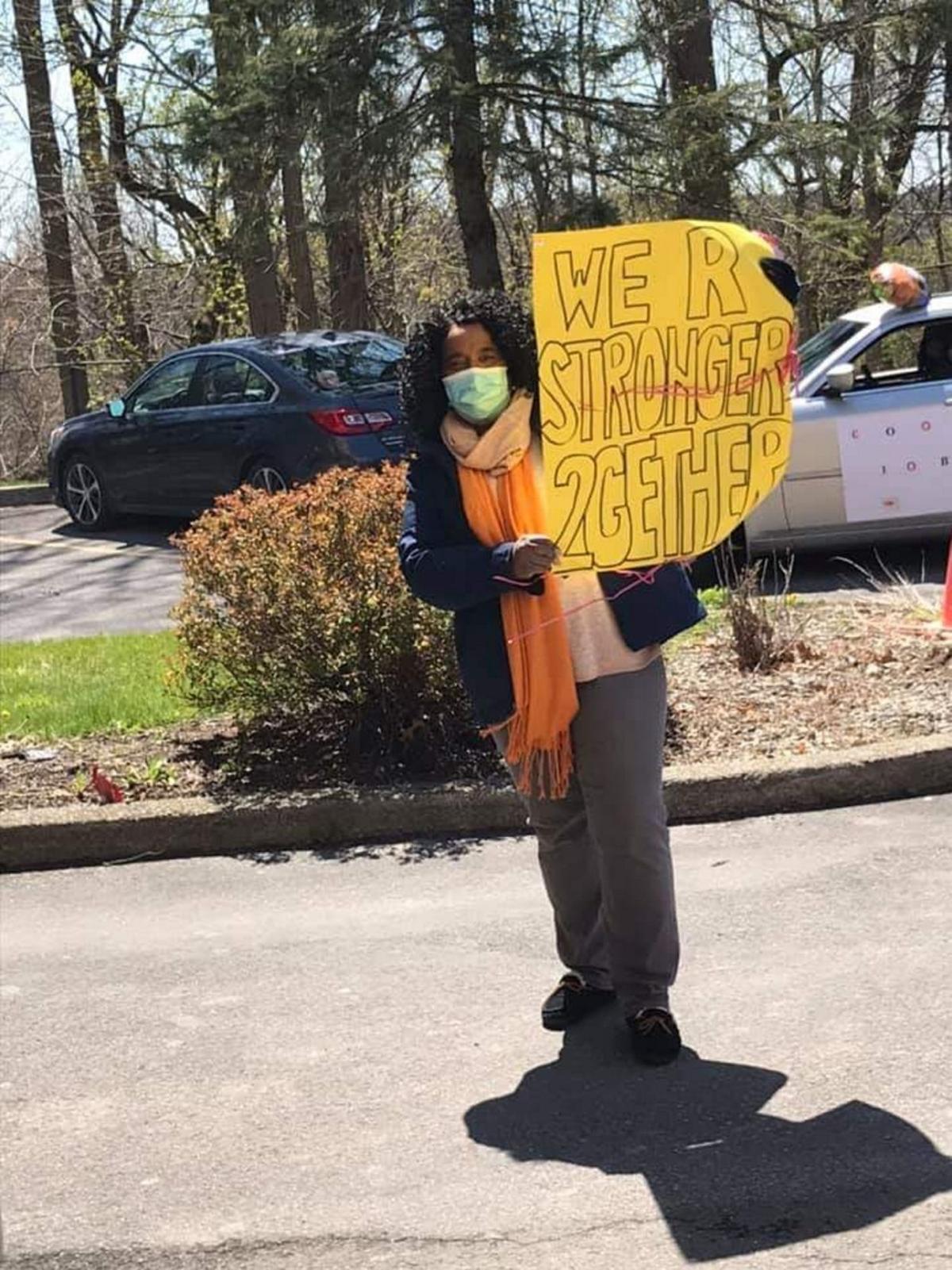 Contributed photo The community banded together in a show of support for nursing homes and health care workers Tuesday afternoon.

CATSKILL — In a gesture of appreciation and support, community members and law enforcement visited local nursing homes Tuesday and donated more than 150 lunches.

Spearheaded by the Second Baptist Church of Catskill, the convoy, escorted by members of the Catskill Police Department, the Greene County Sheriff’s Office and state police, left from Main Street at 1:30 p.m.

“We know that not all heroes wear capes, some of them wear scrubs,” according to an announcement on the church’s Facebook page. “Today the Second Baptist Church and the Catskill community came together and honored the healthcare Heroes and Sheroes who wear scrubs and bravely fight on the frontlines of this pandemic. God blessed us to bring a parade, prepared lunch and prayer to all the healthcare facilities in Catskill. Thank you to Pastor Richard Turpin, Rev. Suzette Turpin and sis. Adrianna Evans Winters for your vision, passion and love for the people. You all are a blessing to the body of Christ and the Catskill community. Thank you to the Catskill Police department, fire department, county officers, community members, Second Baptist Church members and friends who came to support the healthcare workers today. Especially, thank you to all those healthcare workers in Catskill and everywhere for all your sacrifices.”

The Pines on April 10 had the county’s first confirmed case of COVID-19 in a nursing home. The patient was hospitalized.

Additional testing at the facility resulted in 17 residents and nine staff members also being confirmed but these individuals had no symptoms. Legislature Chairman Patrick Linger, R-New Baltimore, was unsure if the number of confirmed cases at The Pines had increased since initial testing was performed.

Linger said he was only aware of one death in the county being a nursing home resident, but he did not know which facility the patient came from.

The county has had five COVID-related deaths to date, all of which were senior citizens with underlying health conditions, according to Public Health.

More than 1,000 residents were tested, with an 89% negative result,” Linger said.

These residents may not have been tested locally, but may have gone to test sites in neighboring counties, Linger said.

“The state is basing any reopening strategy off of testing, which we have not had,” Linger said. “We have only received 200 tests from the state.”

The county placed an order for 1,000, which was reduced by the manufacturer to 700, Linger said.

The order is being held up in customs, Linger said, adding that he is not sure where the shipment is coming from.

“Our hope would be to open up a testing site right here in Greene County,” he said. “We have plans already set. We just need the physical kits to put the plan into motion.”

The county has looked at two possible locations for the testing site, which Linger declined to identify.

Thank you to all the nursing home workers, and to the Second Baptist family. Our entire community supports the health care workers.

Great to see this measure of appreciation to the hard-working staff at these homes. Keep up the good work.