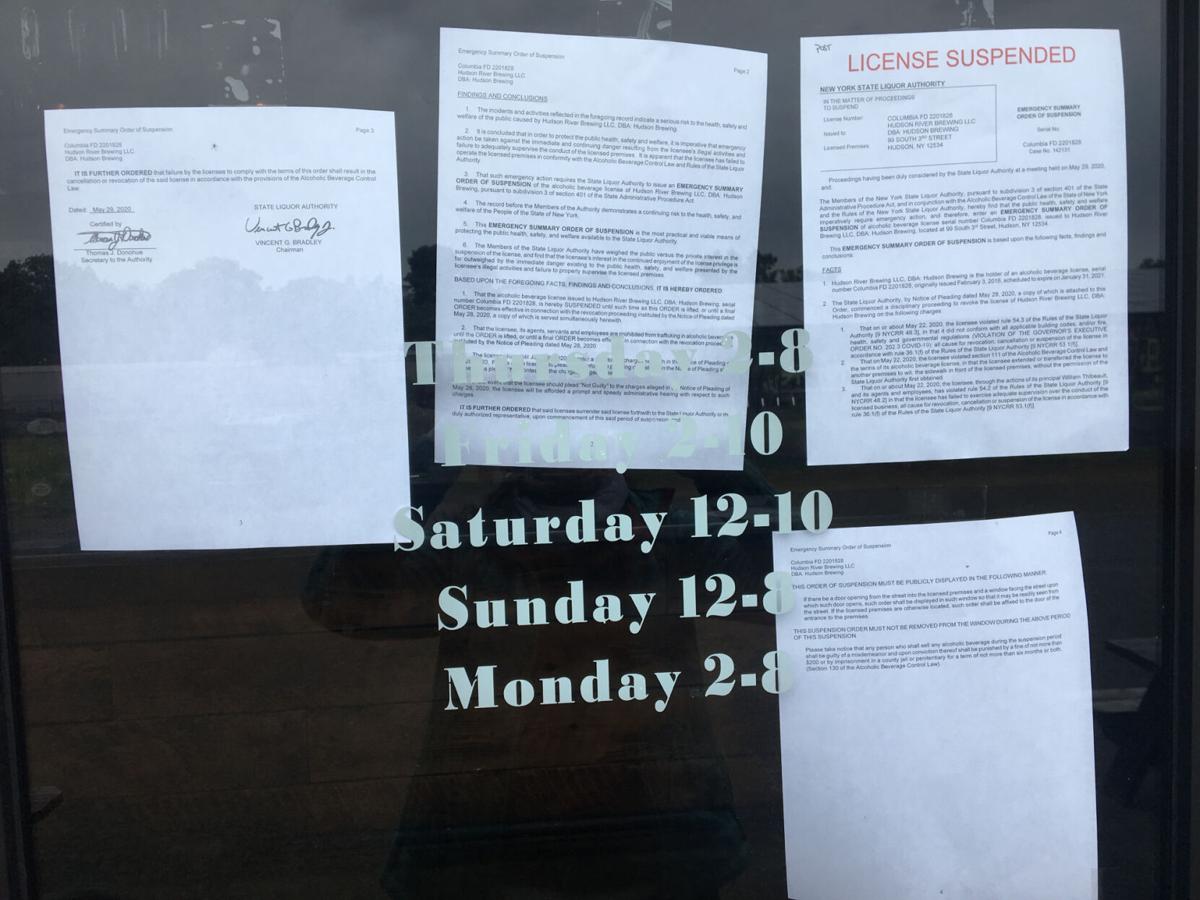 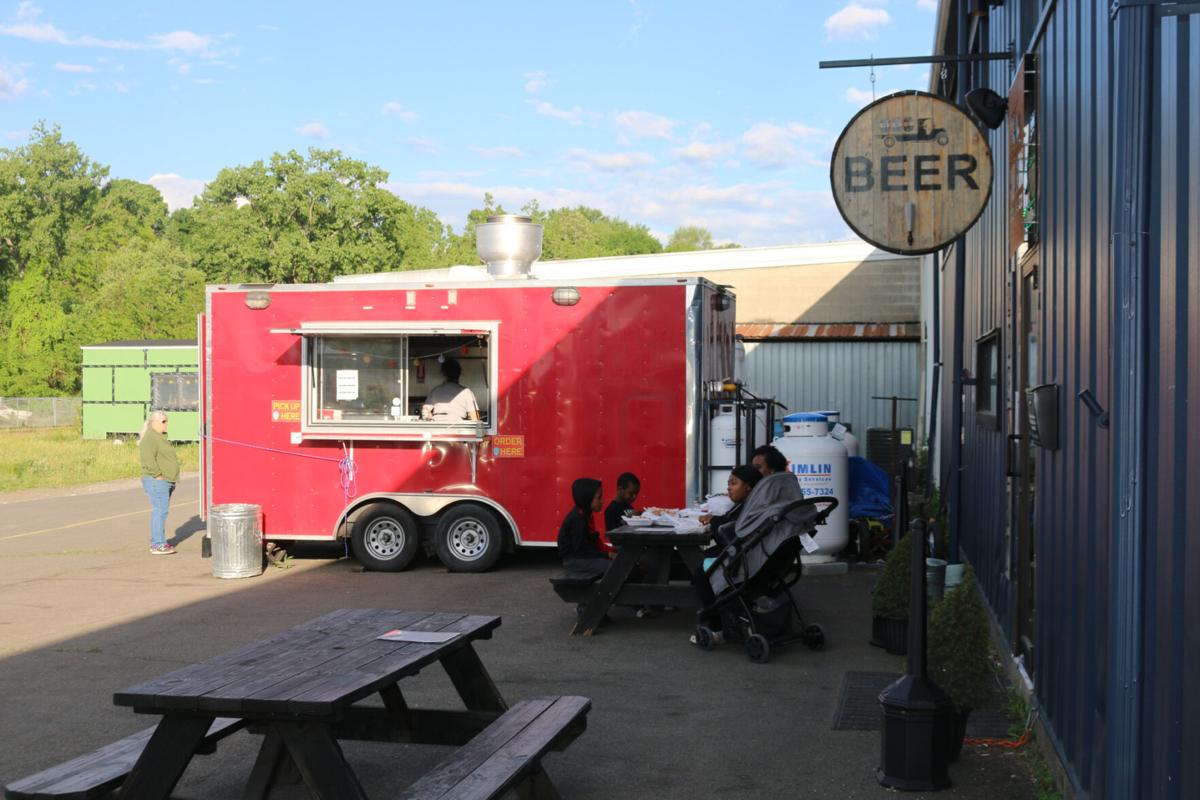 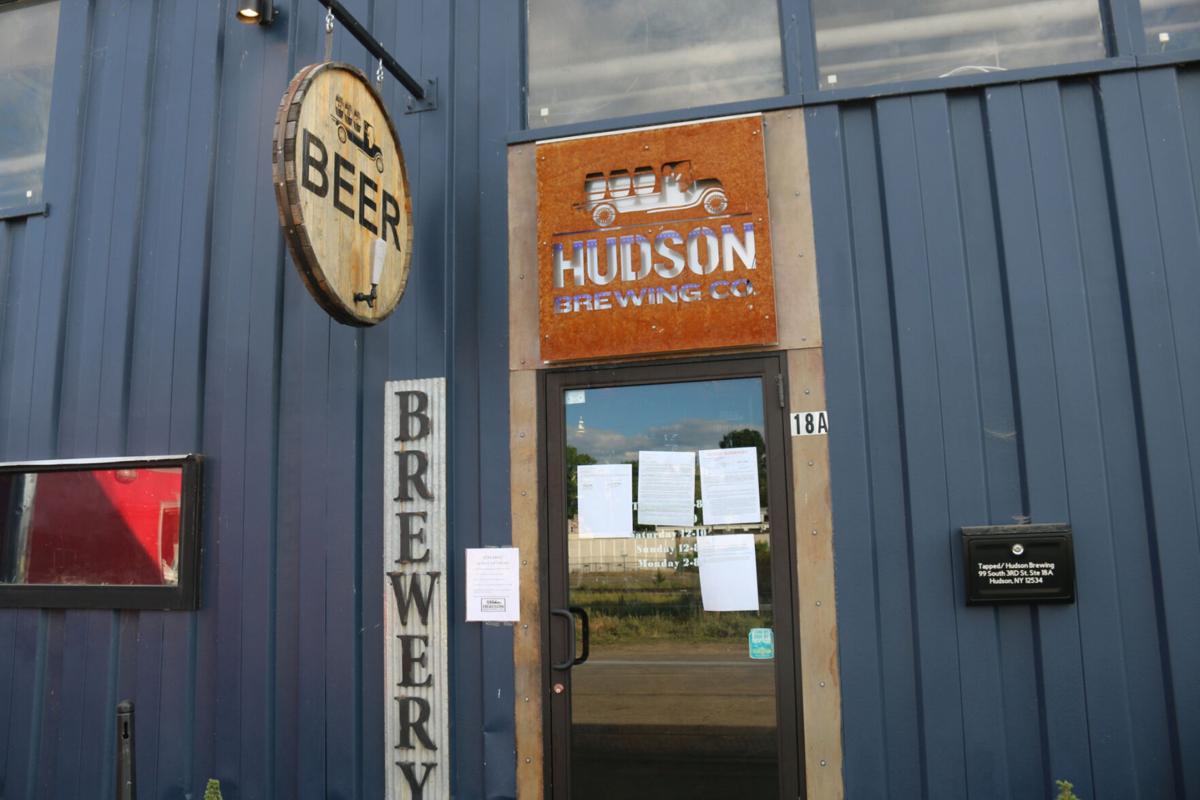 HUDSON — The state Liquor Authority suspended Hudson Brewing Company’s liquor license for violating the statewide ban on gatherings, but on Tuesday the company’s owner called the decision “nonsense” and said his business has tried to comply with state regulations.

Owner Will Thibeault defended the brewery’s actions Tuesday and said his company has followed state regulations during the shutdown. Thibeault and P.J. Birmingham co-own the brewery, which obtained its liquor license in February 2016.

“Everyone was outside with to-go containers,” he said. “We were not letting anyone inside. I don’t see how it is any different from other establishments.”

But the liquor authority’s investigation, which resulted in the license suspension, concluded that the brewery was operating in defiance of state regulations.

Undercover investigators visiting the brewery were served beer in unsealed plastic cups and witnessed patrons congregating on the premises, according to a statement released by the authority Monday.

The statewide temporary shutdown of restaurant service applies to outdoor areas such as the space directly in front of Hudson Brewing’s entrance, which features a covered area and several picnic tables.

Food and alcoholic beverages sold in to-go containers must be carried away to prevent gatherings in restaurant patio areas, according to state regulations. Any licensed business found to be operating in violation of the governor’s executive order restricting on-premises sales of alcoholic beverages could face a maximum fine of $10,000.

State investigators received several complaints about the brewery and were tipped off to a Facebook post that showed people gathering and drinking in violation of social distancing regulations.

Thibeault said he believes competing establishments, including other area restaurants, may have made the complaints to the Liquor Authority.

The state Liquor Authority issued formal charges on Thursday, but has not yet received a response from the brewery, said William Crowley, the authority’s director of public affairs.

The brewery is entitled to an expedited hearing given that they are suspended and cannot operate in the interim, Crowley said.

The brewery owners are consulting with a lawyer and intend to file a plea of not guilty, Thibeault said.

The emergency suspension, which was ordered by Liquor Authority Chairman Vincent Bradley, Commissioner Lily Fan and Commissioner Greeley Ford at a special meeting on Friday, came one day after the brewery was issued an Order to Remedy violation letter by the Hudson Code Enforcement Office.

Hudson Code Enforcement Officer Craig Haigh interviewed a brewery employee May 18, told them of the complaint and advised them of the executive order.

Haigh issued a formal letter to the brewery May 27 to make them aware of the complaint and inform them of the steps they would have to take to comply.

Haigh was not involved in the Liquor Authority’s investigation.

Hudson officials did not report the brewery to the authority, Haigh said.

Crowley said it is rare for the Liquor Authority to issue an emergency license suspension, but noted that the authority members were moved to act after learning that the brewery had not complied with warnings from the Hudson code enforcement office.

Bars and restaurants statewide are restricted to delivery or take-out under Cuomo’s 10-point NY on Pause order, which shuttered schools and nonessential businesses to reduce the spread of COVID-19.

Moore said Hudson businesses have had a high degree of compliance with all state regulations since the beginning of the coronavirus crisis.

“Once people are warned, they make an effort,” Moore said. “We have not had any arrests under Pause.”

Hudson Brewing is a member of the state Brewing Association, which has been advising breweries on regulations since mid-March, said Paul Leone, the association’s Executive Director.

Brewers have had to be persistent in letting their customers know that they can’t drink on brewery premises, Leone said.

“Most have been complaint, but people really do want to hang out,” he said. People want things back to normal and they can’t be.”

Tom Crowell, the founder of Chatham Brewing, who represents the craft beverage industry on the Columbia Comeback committee, said the state rules on outdoor beverage consumption during the shutdown have been well communicated.

“Liquor licenses have a defined premise and that can include outdoor spaces and patios, and this even goes for an ice cream stand,” he said. “You can’t have people sitting outside and certainly not with alcohol consumption.”

but smashing windows and burning business down is acceptable to cuomo