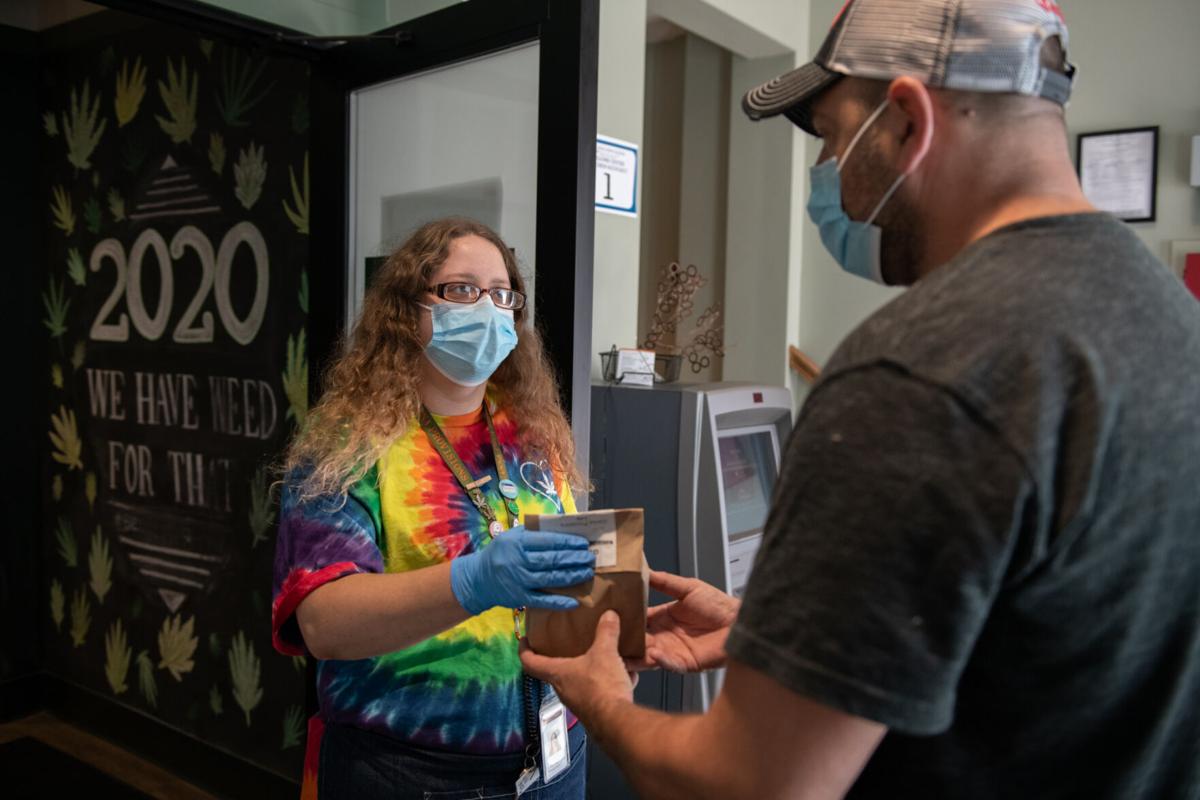 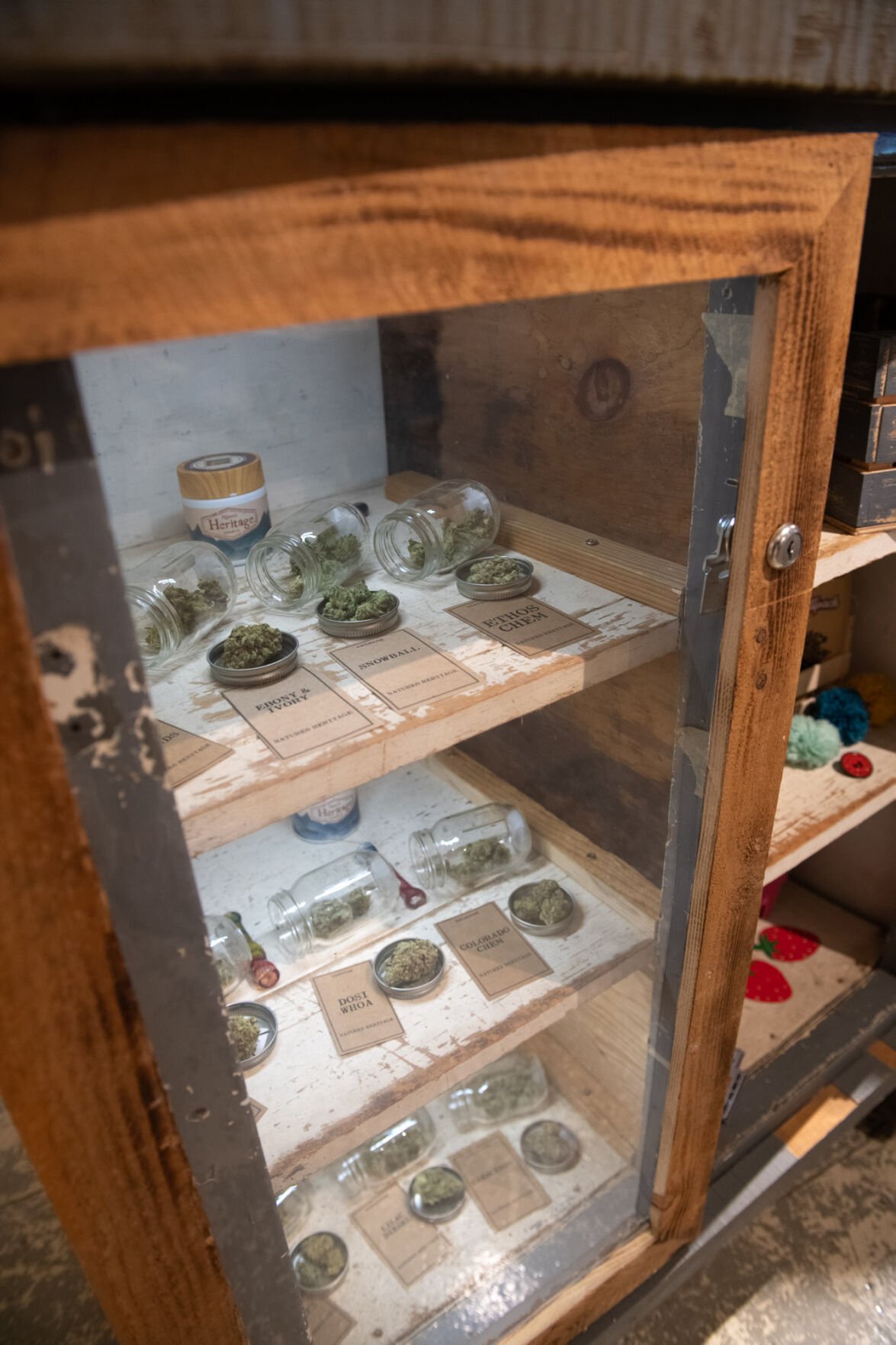 “I think this year it is ripe because the state is going to be desperate for funding — even with Biden, even with the stimulus,” Cuomo said during a Nov. 5 radio interview on WAMC. “Even with everything else, we’re still going to need funding, and it’s also the right policy.

“I think we’re going to get there this year.”

Amnesty must be granted and records must be expunged for people with previous marijuana possession charges or convictions — especially widespread among people of color and poor Black and brown communities, Dobson said.

“White suburban kids weren’t getting stopped and frisked and no more or less of them were smoking weed,” Dobson said. “These communities have been unfairly targeted by cannabis. This governor is in the process of leaving out the very people who it most negatively affected. If they’re going to legalize cannabis in a time where Cuomo says he cares about Black lives, he cares about the New York state economy and wants to legalize cannabis, all those things can be connected.

“There’s business and revenue potential, which could help revitalize these communities if they don’t just put this in the hands of big business.”

The COVID-19 pandemic, which was first ravaging the state, especially downstate and New York City at the time, halted further negotiations.

“The question becomes about the money about the distribution and the power,” Cuomo said on WAMC. “But as it always comes down to money and power, who gets the licenses and who gets the money?”

The state’s legislation must consider communities of color and farmers and bring cannabis to the market at a lower price, as opposed to heavy reliance on medical marijuana companies, which would largely result in higher prices, Dobson said.

The state should make it simple for New York hemp farmers who have established infrastructure to obtain a retail license, and issue equal distribution and retail permits focused on communities of color.

“Ideally, people of color should have dispensaries on Fifth Avenue,” Dobson said of the affluent New York City street. “The way the population and demographics line up, there’s a real opportunity to have a positive effect on rural and urban economies and underrepresented urban areas. I feel like what could be a win-win-win is not being looked at.”

New Jersey voters overwhelmingly supported a constitutional amendment on Election Day that allows lawmakers there to craft a system to license and regulate a recreational cannabis market.

The New Jersey ballot question asked voters to approve a 6.625% state tax on marijuana sales to those 21 or older and also permits local municipalities to charge another 2% tax.

A 20% tax on recreational marijuana in Massachusetts, where dispensaries opened to the public in 2018, brought in $122 million in revenue for the state over the first two fiscal years of sales there, the state reported in August.

Massachusetts applies a tax rate of about 20% to marijuana sales, including various local taxes. The commonwealth legalized recreational marijuana on the 2016 Election Day ballot. The state’s first sales of adult-use cannabis were registered in December 2018.

“That’s about the fastest a state has gone from passing a law to actual first sales,” Williams said.

Providing hard dates for license approval and sales is critical in New York’s legislation, he added.

“That’s a very key part, otherwise, you can have significant bureaucratic delays at any given point,” Williams said.

“Local governments hold a lot of the cards,” Sanders said, adding the majority of Massachusetts municipalities had a local ban or long-term hold on cannabis businesses — even with the state legalization law.

“That slowly but surely has loosened up, but not in the numbers I think everyone was thinking, so it’s still a really tight market,” Sanders said.

The state features more than 60 cannabis retail locations to date.

New York must do the right thing and not just focus on the additional tax revenue with legalization, Williams said, and advocated for a socially equitable program to mitigate generations-long impacts of Gov. Nelson Rockefeller’s drug laws and the drug war.

“If they don’t do that, it will be a complete failure and it will be an absolute travesty,” he added.

New York lawmakers have struggled to approve legal cannabis in recent years despite Cuomo expressing support in 2018. Democrats, who control both chambers in the Legislature, have come close to passing a pot program, but quibbles over how tax money will be distributed and the licensing process has stalled the efforts.

Cuomo expressed confidence state lawmakers will feel pressure to reach a deal and fast-track the measure when the Legislature reconvenes in January.

“I think it’s going to be an easier conversation,” Cuomo said. “I think the pressure is going to be on because we’re going to need the money so badly, you know, and you have such a gap now.”

Thank you for the story. It’s a very important current issue but I think media has to do a better job in examining the companies being interviewed for these articles. I've visited Hudson Hemp. It's 100% owned and 100% managed by white people. They are hypocrites and really ignorant of social issues as their business structure is a blind spot. And that goes for their peer group on up to a Canopy and Tilray. This is the virus that plagues this industry and will cripple it. If you look through Hudson Hemp’s various social media, you see primarily young white girls running naked through cannabis fields and staging “dance performances” and picnics in the fields. With all that Rockefeller money and land, is that the best that they can do? The only blacks they hire it appears are farmhands and seasonal workers from the Jamaica – working the fields while these kids run around it. Ben Dobson says that black people should be able to open dispensary's on 5th Ave. No, black people are more interested in opening up dispensaries in their own communities first. The Eurocentric view, again. Industry watch groups like Cannaclusive are tracking companies like Hudson Hemp, Tilray, and Bluebird Botanicals for social equity ghosting. Media should do the same. There is talk of boycotting these companies currently. Moreover, state regulators must not allow these companies anywhere near future adult-use licenses until they show a real social equity plan. Amen to that.

The state of NY loves to steal from its citizens. This presents an entirely new opportunity. The weight of overregulation will surely follow.