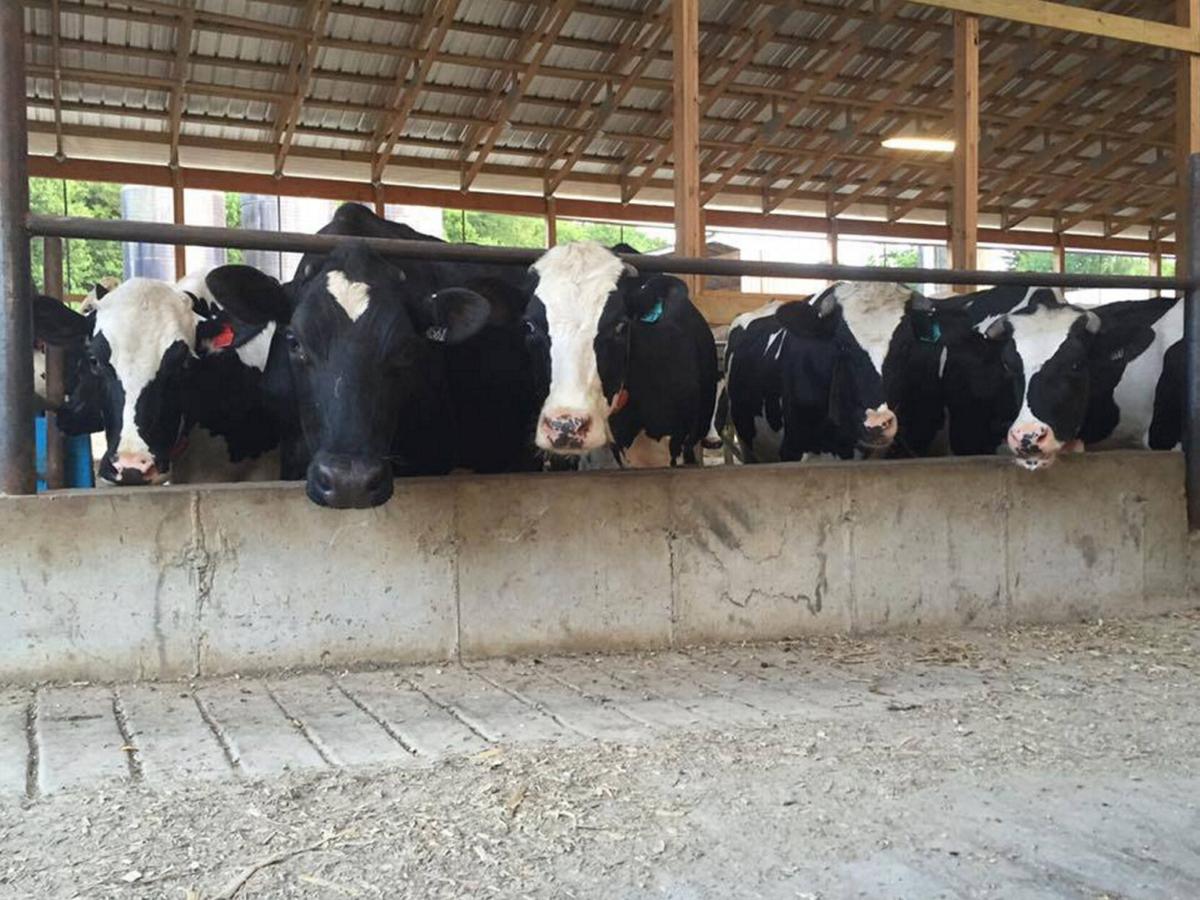 Cows at A. Ooms and Sons Dairy Farm. Contributed photo 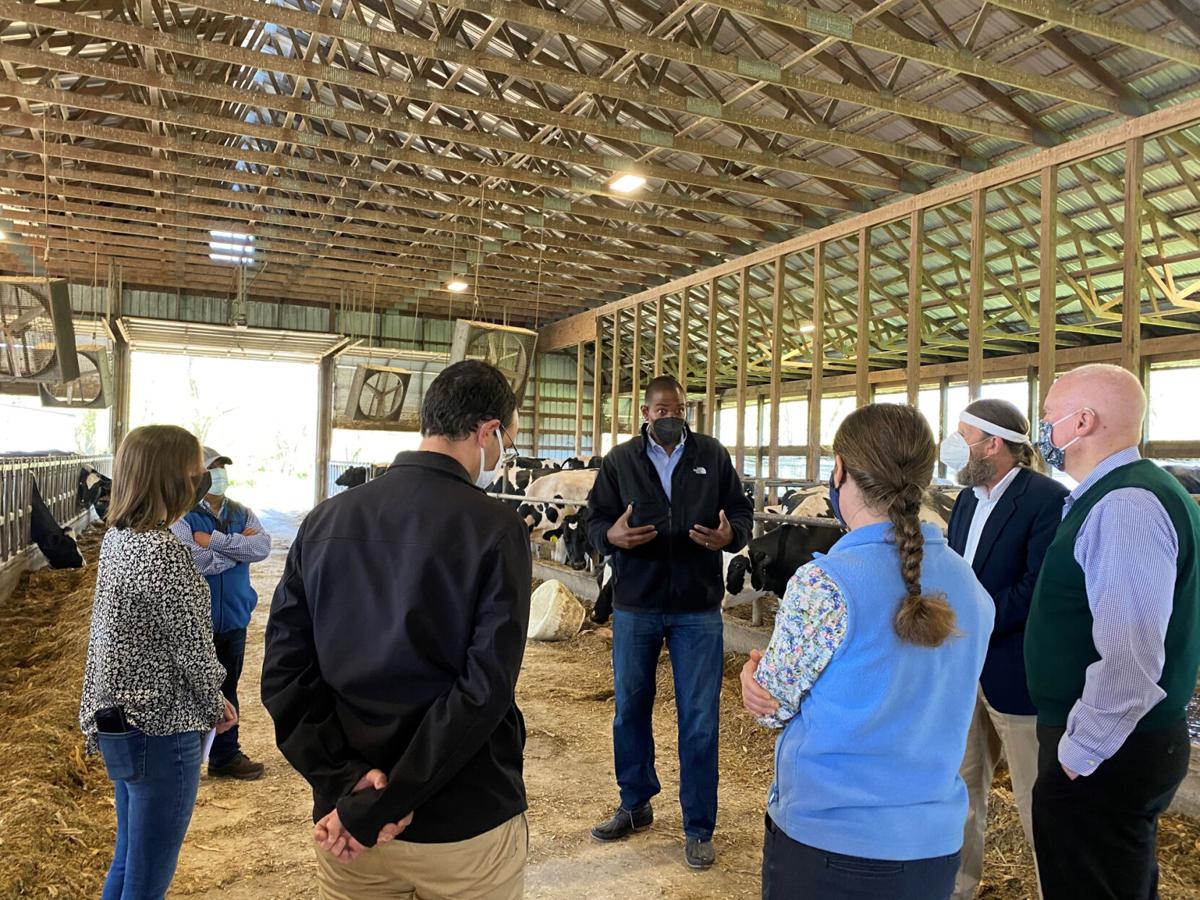 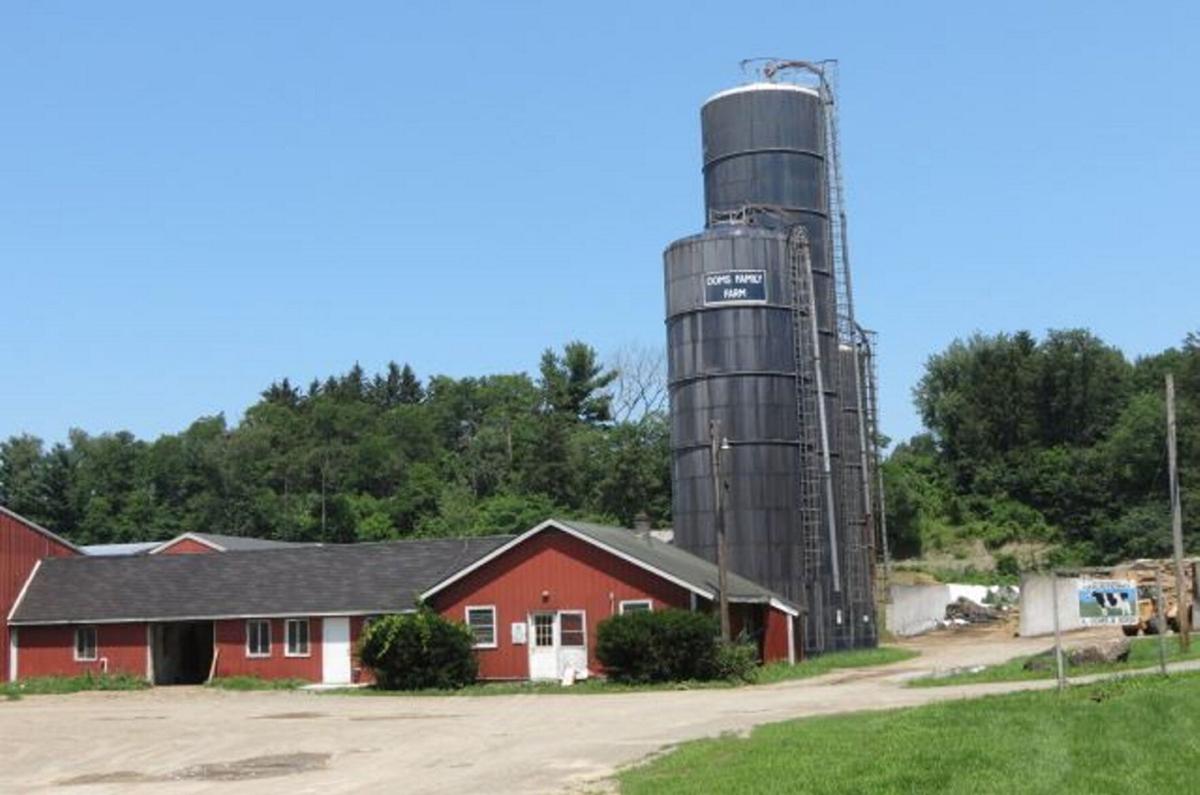 The grounds and buildings at A. Ooms & Sons Dairy in Valatie. Contributed photo

Cows at A. Ooms and Sons Dairy Farm. Contributed photo

The grounds and buildings at A. Ooms & Sons Dairy in Valatie. Contributed photo

Twenty-five members of Congress pleaded with President Joe Biden this week to reimburse dairy farmers millions of dollars for lost milk revenue as the market faces continued disruption in the wake of the coronavirus pandemic.

Congressman Antonio Delgado, D-19, a member of the Agriculture Committee, led the group of federal representatives to send a letter to Biden, a Democrat, on Wednesday asking for $725 million to compensate dairy farmers nationwide for foregone milk revenue after changes to milk’s national pricing structure in the 2018 Farm Bill and compounding difficulties caused by COVID.

“Our dairy producers continue to operate in an extremely difficult economic climate due to forces outside of their control,” according to the representatives’ letter. “In addition to causing massive market disruption, the COVID-19 pandemic has wrought significant price volatility upon our farmers and saddled them with higher feed, labor, equipment and energy costs.

“We strongly urge you to ensure our producers are reimbursed for as much of the roughly $725 million in foregone Class I skim milk revenue as possible,” the representatives continued. “Farmers in various regions of the country have suffered from these losses, so your help will be critical.”

Biden’s administration had not responded to the letter as of press time Friday.

The representatives who signed the letter, all Democrats, include New York Representatives Grace Meng, D-6, and Paul Tonko, D-20.

The 2018 Farm Bill changed how the Federal Milk Marketing Order system formulas compute the price of the four classes of milk, including Class I, or drinking milk, and sets the price based on a historical average.

“Over the past 20 years, that would have been fine, but then you throw in COVID and the whole world just changed,” said Eric Ooms, a commercial dairy farmer in Columbia County.

Ooms co-owns and operates A. Ooms & Sons Dairy Farm in Valatie with his father and two brothers.

The farm received enough federal COVID funding from the CARES Act — about 20% of Ooms’s income — to survive through financial hardships caused by the pandemic.

“We had a massive hole,” Ooms said Friday, adding the shortfall was directly related to its drinking milk production. “We are producing more milk than our market can handle, and that’s going to continue to weigh down our prices.

“The price of milk is still sluggish on a historical set, but that’s only half of the story. The bigger factor is everything else is going up around it.”

Dairy farmers weathered significant challenges through the pandemic, including pay for higher feed, labor, equipment and energy costs combined with the of the foodservice market.

“Overnight, two of those legs were just gone,” Ooms said of difficulties during the pandemic. “Overtime, they rebuilt, but... exports have been coming back slowly. We make the most money in the food service industry.”

“When you’re talking 40% of your revenue, if food service is even off 10%, you’re still off 10%,” the Capital Region farmer added. “So you have all these factors thrown in, and what Congressman Delgado is making the case for is because since the law that was changed just recently, there’s significant loss. It was supposed to be net neutral [for farmers] and it turns out there was significant loss.

Representatives are focusing on aiding farmers with recovery and addressing pandemic-related losses before proposing amendments to the law. Ooms said the formula changes would not have added to farmers’ financial struggles if the pandemic had not hit less than a year after the law went into effect.

Class I milk prices averaged $3.56 per counterweight — lower during the second half of 2020 than they would have before the 2018 changes.

Dairy farms in the Northeast are estimated to have lost more than $141 million of the $725 million national estimate. Federal data shows milk prices have remained continually depressed for more than five years.

The historical record from January 2000 through August 2017 indicated the new Class I mover would be revenue neutral for dairy farmers, and on that basis, Congress adopted the new mover for a minimum two-year period in the 2018 Farm Bill, according to the letter.

“I’m proud to lead this letter in support of reimbursing dairy farmers for as much of the approximately $725 million in Class I mover-related losses as possible,” Rep. Delgado said in a statement. “Our dairy farmers, especially small and mid-sized producers in the Northeast Region, have been seriously impacted by these losses throughout the pandemic. I strongly support efforts to ensure dairy farmers are reimbursed.”

“The current Class I mover was intended to be revenue-neutral compared to the formula it replaced, but that has not been the case,” National Milk Producers Federation President and CEO Jim Mulhern said in a prepared statement. “The significant gaps between Class III and IV prices that developed during the COVID-19 pandemic exposed dairy farmers to significant and imbalanced losses, exceeding $725 million nationwide. We commend Congressman Antonio Delgado for leading a coalition of his colleagues to ensure dairy producers in New York and across the country are reimbursed for as much of these losses as possible.”