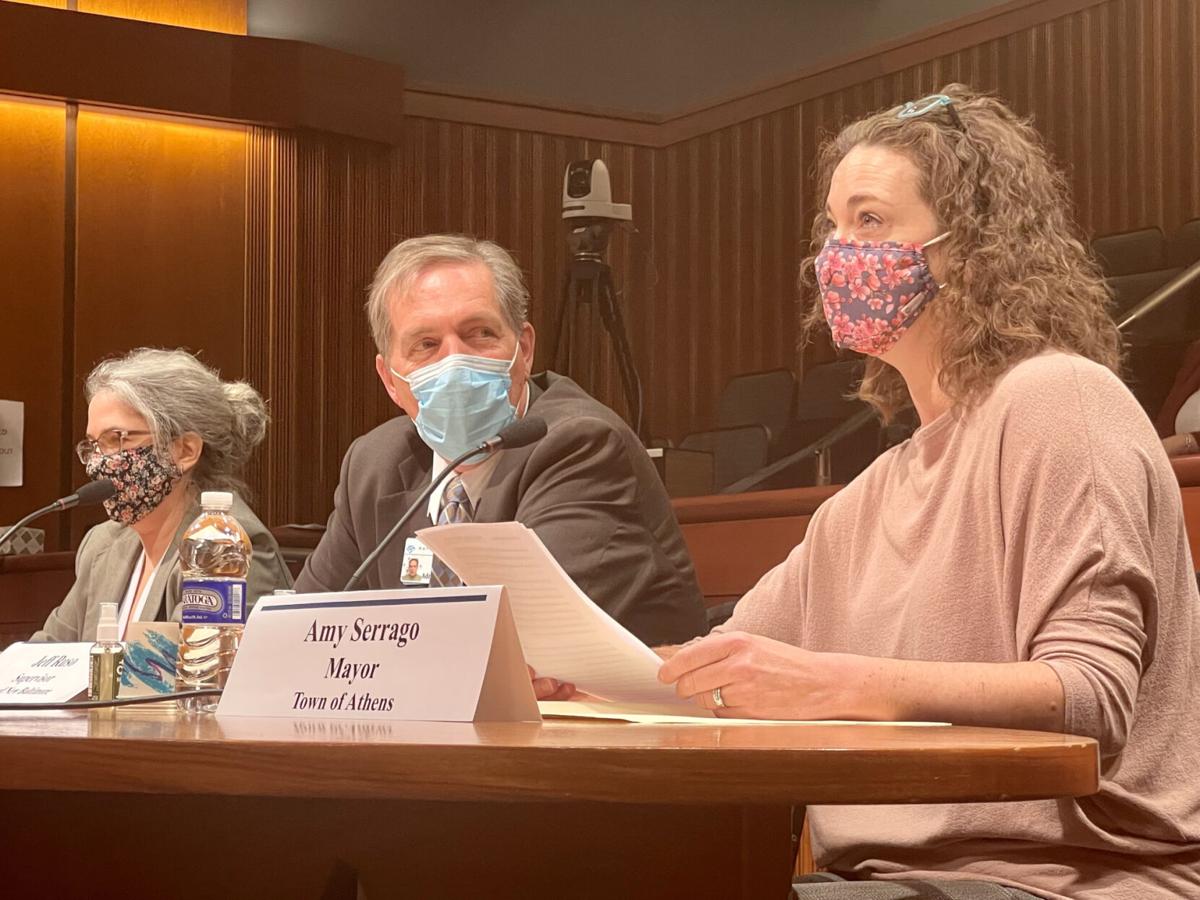 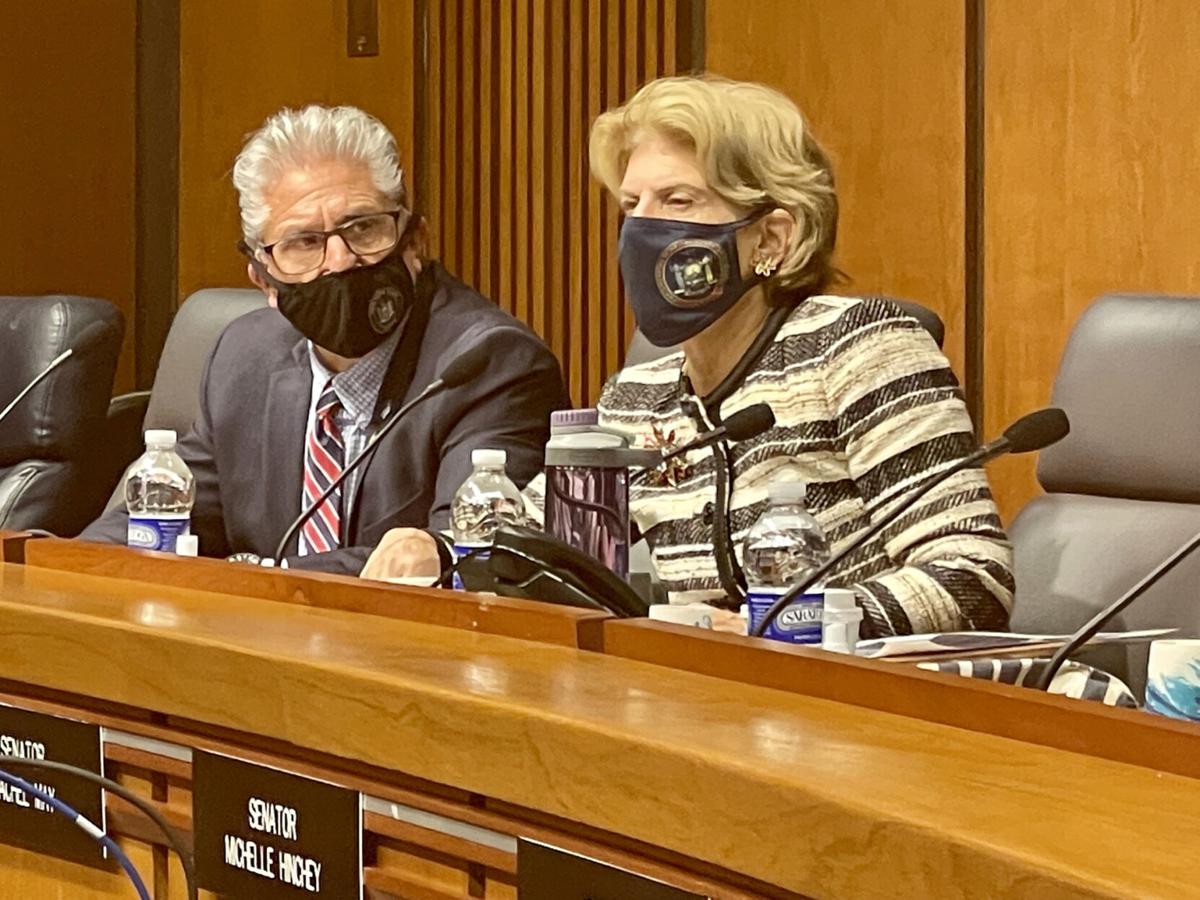 Sen. Shelley Mayer was one of several senators in Albany on Friday to question local officials about the state’s aging water infrastructure. 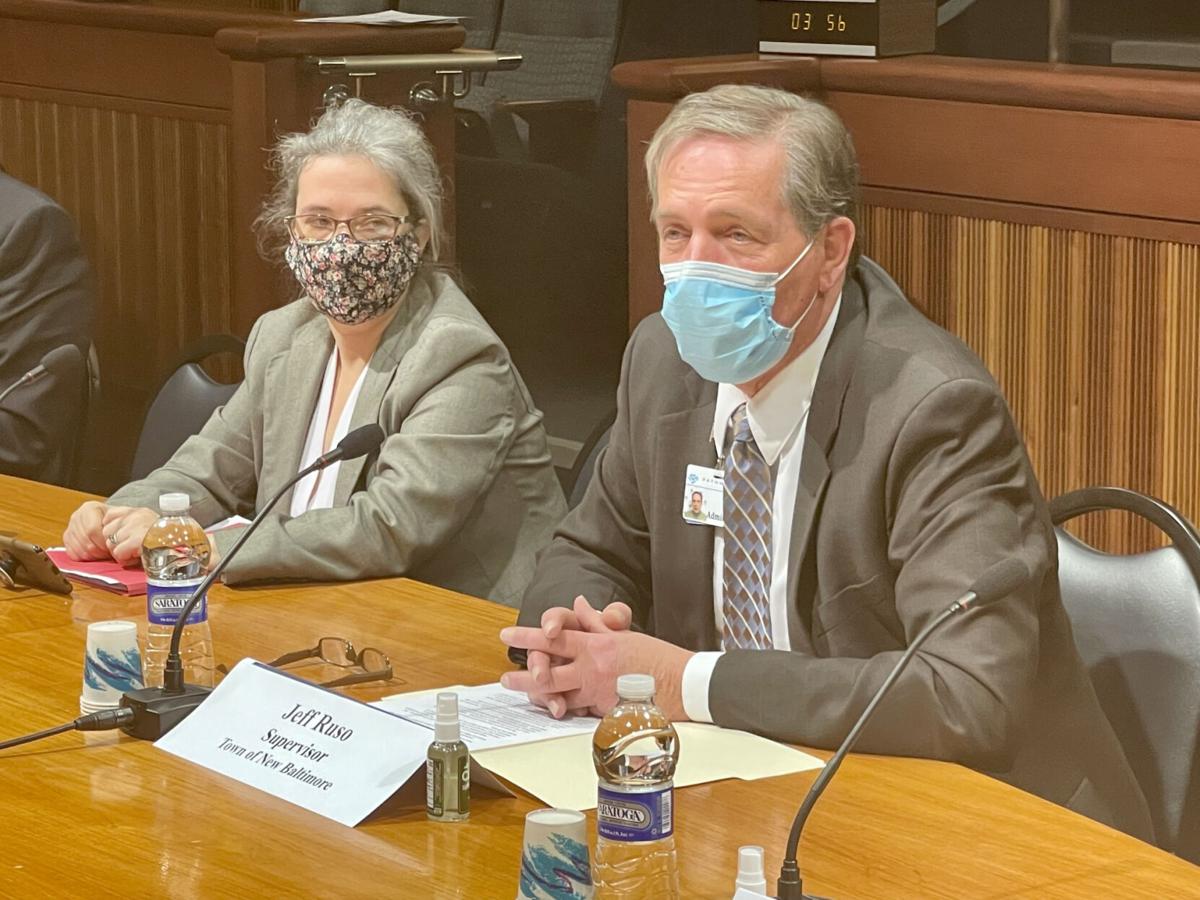 Sen. Shelley Mayer was one of several senators in Albany on Friday to question local officials about the state’s aging water infrastructure.

ALBANY — The village of Athens has a leak.

Rural communities across the state and nation continue struggle to keep up with regular water main breaks and increased risk of contamination.

Sen. Michelle Hinchey, D-Saugerties, invited all senators to participate and led the forum, which continued for several hours.

“Access to clean and safe water, as we all know, is a fundamental right, but in many communities across our state and government across the country, that access is threatened by aging and in many cases, crumbling water infrastructure,” Hinchey said.

The majority of Athens’ water and sewer mains date to the 1930s, Serrago said during initial testimony, with drinking water and wastewater pipes inches apart from each other.

“The risk of drinking water contamination in the event of a sewer pipe leak or break is incredibly high,” Serrago said. “The systems manager, who works with several other communities, told me he’s never seen this setup in any other municipality. This is not something we want to be known for.”

Tens of thousands of miles of lead pipes carry drinking water to New York communities, putting lead in the water supply when lines corrode. Between 6.3 and 9.3 million U.S. homes are served by lead service lines, according to the National Archives.

Outdated wastewater lines discharge billions of gallons of sewage into lakes, streams and rivers each year.

A water main breaks every two minutes in the United States.

The village of Athens routinely has water main breaks, with six in the last year, but the projected cost to replace water and sewer mains is $250 per foot.

New storm drains, which would help with inflow and infiltration problems, cost about $150 per foot.

“We still have lead pipes in our infrastructure, although most of our pipes are made of cast iron, and those cast iron pipes are decaying,” she said. “In addition, because of years of build up inside them, most 6-inch pipes now have a capacity of only about 3 inches.”

The village has borrowed nearly $7.8 million to update it’s wastewater treatment facilities over the last 15 years, but will not pay off its outstanding debt until 2040.

Water main breaks can be detrimental in small towns and communities that lack the money to fix the emergency, and leaving residents without access to clean water.

“Under law, this cost can only be borne by the users in the water district, approaching $20,000 each,” Ruso said. “Thankfully, the Thruway Authority agreed to not make the Water District responsible for the repairs of the road bed, which still left the repairs to cost $330,000.”

Panelists stressed the need for additional investment in the state’s water infrastructure and additional grant opportunities, or expanding the criteria for communities to be eligible for assistance.

“Presently, many funding opportunities are out of reach of small and often financially restricted supplies, as they benefit only larger systems that have grant writers or systems that have gone into non-compliance,” according to joint written testimony submitted by the associations. “...To protect taxpayers from rate increases, greater assistance should be provided to the small systems that are struggling but not yet non-compliant or in a state of emergency.”

The state is expected to receive $2.6 billion over five years to improve water infrastructure, according to U.S. Sen. Kirsten Gillibrand’s office.

Senators will use the testimony from Friday’s forum to draft a report detailing the issues and potential solutions to help shape future legislative proposals.