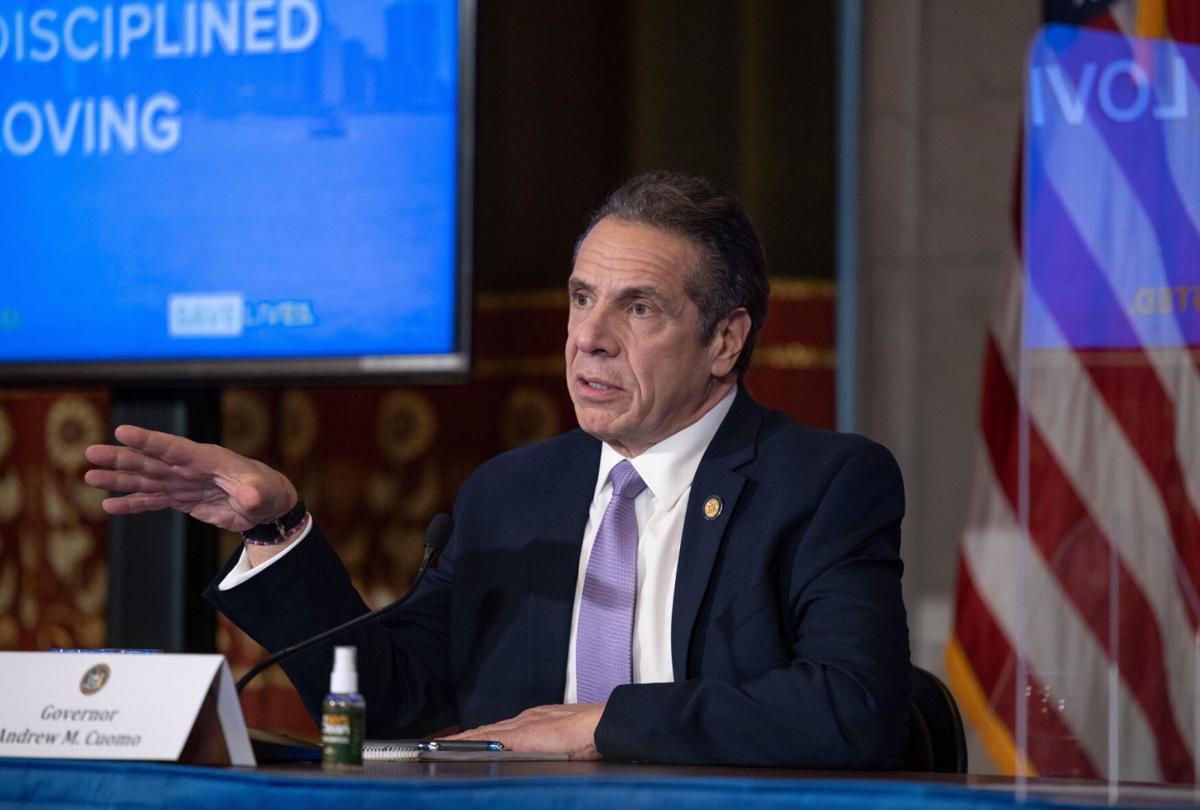 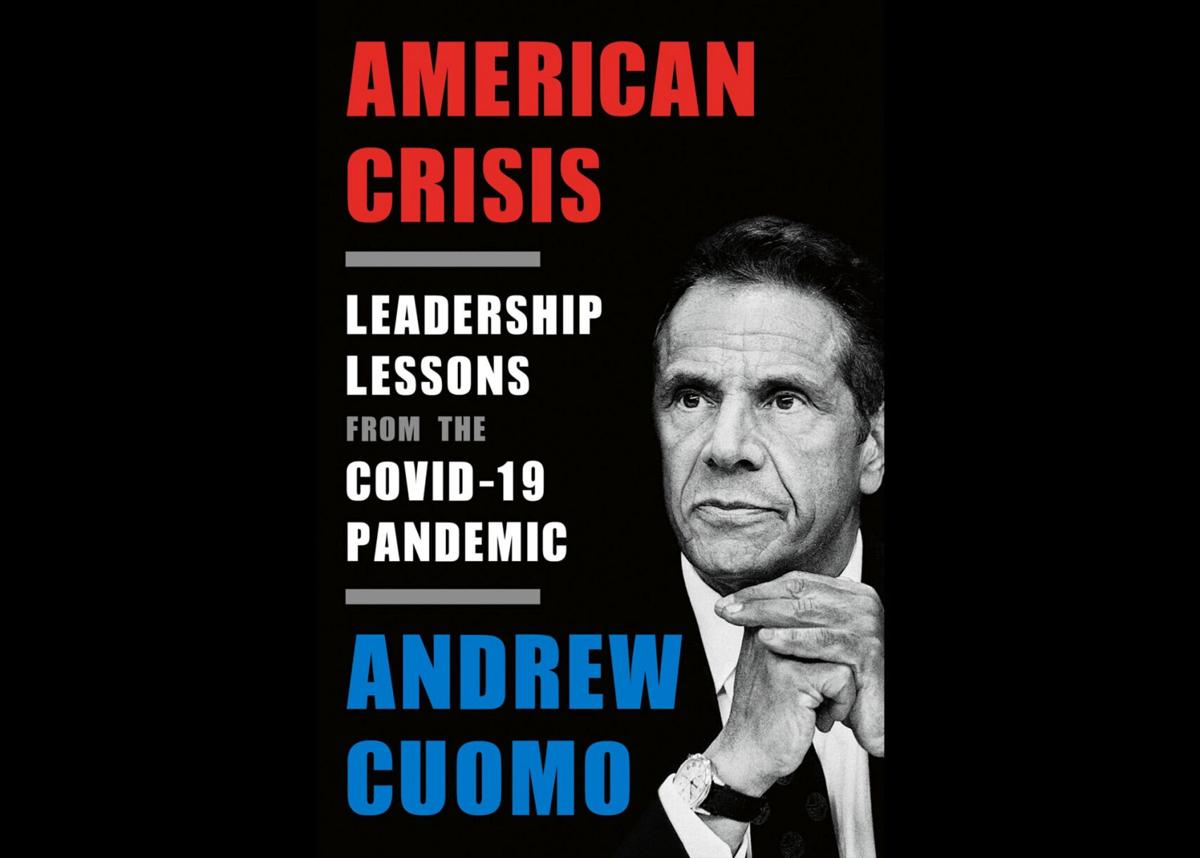 Former Gov. Andrew Cuomo used state resources and property to publish his pandemic memoir, ‘American Crisis: Leadership Lessons from the COVID-19 Pandemic,’ last fall, according to a report from attorneys hired by the state Assembly Judiciary Committee on Monday. 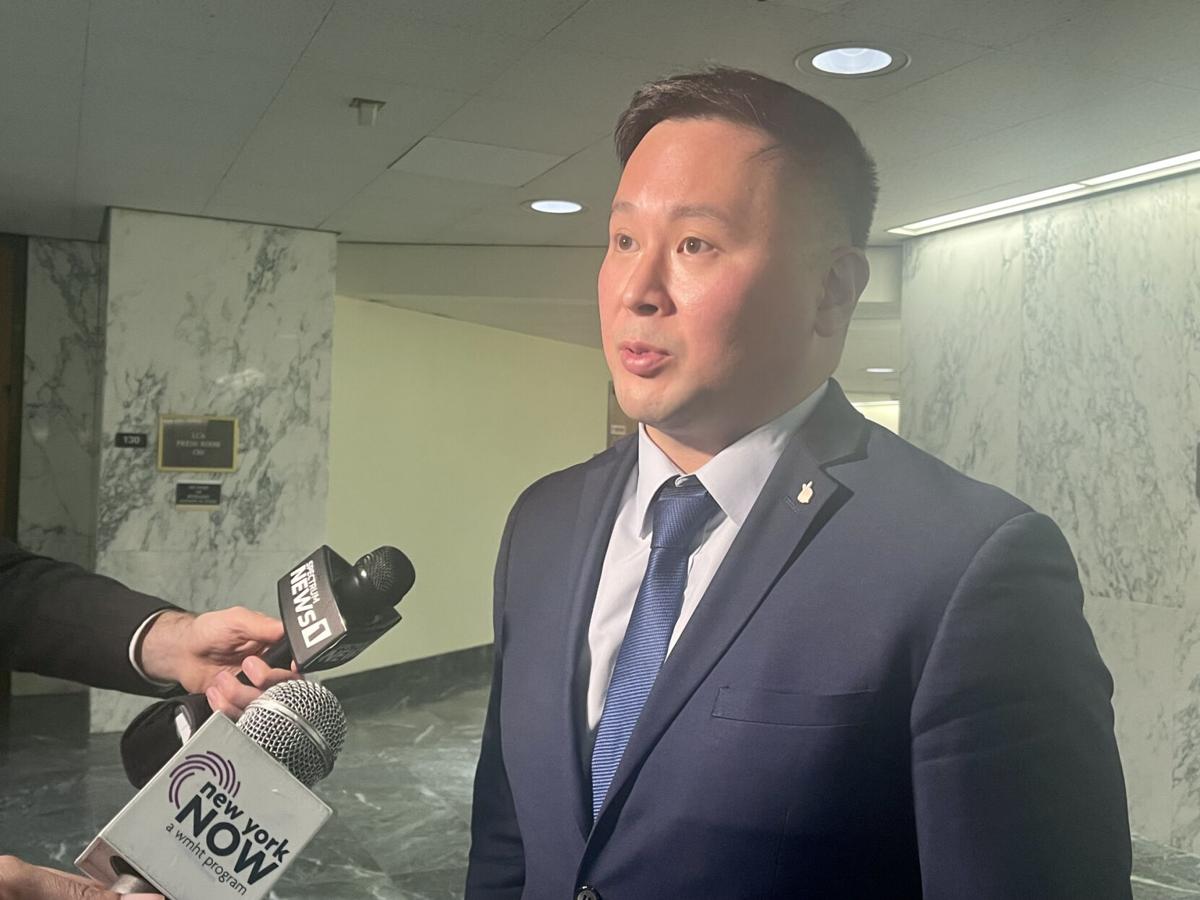 Former Gov. Andrew Cuomo used state resources and property to publish his pandemic memoir, ‘American Crisis: Leadership Lessons from the COVID-19 Pandemic,’ last fall, according to a report from attorneys hired by the state Assembly Judiciary Committee on Monday.

The state Assembly Judiciary Committee’s long-awaited report on evidence attorneys with independent law firm Davis Polk & Wardwell LLP reviewed as part of a five-month investigation into a multitude of scandals plaguing Cuomo and his administration.

The report reveals certain senior state officials met with book agents and publishers, transcribed portions of Cuomo’s “American Crisis: Leadership Lessons from the COVID-19 Pandemic,” helped coordinate its production and promotion and participated in reviewing and finalizing the memoir. Junior staffers were asked to perform book-related tasks as part of their regular work.

“This work was done as part of the regular course of work in the Executive Chamber, including during normal work hours,” according to the report. “One senior state official explained that book-related assignments were given by superiors and expected to be completed, and the work was not voluntary. Another senior state official complained in a text message to a colleague that work on the book was compromising the official’s ability to work on COVID-related matters.”

Cuomo’s book contract guaranteed he would receive at least $5.2 million in royalty advances with potential additional payments if the book hit certain sale goals. The former governor downplayed how much he would receive, publicly stating his personal profit was dependent on book sales.

A Penguin Random House employee contacted a literary agent representing Cuomo as early as March 19, 2020, to see if the then-governor was interested in writing a book.

On July 1, 2020, the literary agent told the publishing company Cuomo had 70,000 words of a book written about his experiences during the first six months of the pandemic and the state’s response.

“I remember March 19 — we were panicking and struggling,” said Assemblymember Billy Jones, D-Plattsburgh. “We were in our office overwhelmed with phone calls and people concerned about not only their health, but their livelihood at the time.

“...I remember every day being on the phone, my staff answering calls from businesses and workers and people in hospitals and nursing homes or families who had no answers,” Jones added. “For the former governor to pull any resources away from that is just inexcusable. To pull resources, or even to be thinking about it, at that time frame is just astonishing to me.”

The Assembly report released Monday morning confirms state Attorney General Letitia James’s office Aug. 3 report he engaged in sexual harassment and misconduct with at least 11 women, including nine current and former state staffers and created a hostile work environment; that he used state resources and property, and pressured his staff to write, publish and promote “American Crisis” last year, and that he was not fully transparent about the number of New Yorkers in nursing homes who died due to COVID-19 complications.

Cuomo and his administration knowingly withheld public COVID data of fatalities in congregate facilities, according to the report. Attorneys did not find evidence that undermine the state Health Department’s July 6, 2020, self-published report titled “Factors Associated with Nursing Home Infections and Fatalities in New York State during the COVID-19 Global Health Crisis,” which concluded the virus was introduced in congregate care facilities via infected staff in the early days of the pandemic.

Cuomo and his top aides made substantial revisions to the Health Department’s report and hand-picked which nursing home fatality counts to disclose, and omitted releasing the number of deaths that occurred outside the facility to combat criticisms surrounding a March 23, 2020, directive that allowed residents with the virus to return to their facility to recover.

“...We did not conduct an independent medical review of the cause of nursing home infections and deaths during the pandemic and such a review was not within our mandate,” according to Polk & Wardwell’s report. “We note that many of the decisions regarding the pandemic and related policies were made in the context of a once-in-a century event that was fast-moving and presented significant challenges.”

Assemblyman Ron Kim, D-Queens, had relatives die in state nursing homes from COVID-19 early in the pandemic, and was one of the first progressive lawmakers to call for Cuomo to resign.

He has spoken with Gov. Kathy Hochul about releasing the subsequent COVID nursing home death data. Kim plans to meet with Hochul and incoming state Health Commissioner Dr. Mary Bassett, who takes office Dec. 1, about the data’s release by January.

“This has been a profoundly sad chapter in New York’s history,” Assembly Speaker Carl Heastie, D-Bronx, said in a statement with the report’s release Monday morning. “I commend Chairman Charles Lavine, the members of the Judiciary Committee and the team at Davis Polk for their hard work and diligence in completing this investigation. I also want to acknowledge everyone who participated in all of the investigations for their cooperation, particularly the brave women who stepped forward. As we have throughout this process, we will continue to cooperate with all relevant investigative bodies to provide them with the evidence we have uncovered.”

ALLEGATIONS OF SEXUAL HARASSMENT AND ASSAULT

Brittany Commisso, an executive assistant in the Executive Chamber since December 2017, accused the ex-governor of groping her at the Executive Mansion in Albany late last year and filed a criminal complaint against him in August following the release of state Attorney General Letitia James’s office’s Aug. 3 report detailing multiple sexual harassment allegations against the 63-year-old Democrat.

Commissio did not remember the exact date of the alleged assault, which is indicated in the attorney general’s report, but was incorrectly identified as Nov. 16.

“We have carefully examined Ms. Commisso’s prior statements and find that she has been consistent in all material respects in describing the former governor’s conduct toward her,” according to the attorneys’ report.

Cuomo has vehemently denied the allegations since they became public in March. His counsel, Rita Glavin of Glavin PLLC, has repeatedly sent letters and held press conferences attempting to discredit the facts in the attorney general’s office’s August report.

“We have reviewed the former Governor’s challenges to the allegations, and nothing in his voluminous submissions can overcome the overwhelming evidence of his misconduct,” according to the attorneys’ report.

“The Assembly’s report simply parrots the attorney general’s flawed report, failing to engage with the many errors and omissions in the AG’s report and her one-sided, biased investigation,” Glavin said in a statement. “And, like the AG, the Assembly refused to provide the former governor with access to all the evidence, again denying the Governor due process and a meaningful ability to respond. This is disappointing, but hardly surprising.”

The report also includes attorneys’ evidence, but does not conclude wrongdoing, regarding the safety of the Gov. Mario Cuomo Bridge, or Tappan Zee Bridge replacement, and if Cuomo had knowledge of executive aides withholding information about the bridge’s safety concerns or attempted to suppress related investigations.

“In light of the former governor’s resignation and the fact that substantial further evidence would need to be gathered and analyzed, the committee instructed Davis Polk not to pursue this investigation,” according to the report.

Gov. Kathy Hochul attended three public events in New York City and in downstate communities Monday morning and did not read the report until later in the day.

The governor expressed confidence her predecessor’s scandals and conduct will not harm her as she campaigns for re-election in next year’s gubernatorial contest.

“No, it’s a different administration,” she said Monday morning after thanking volunteers packaging Thanksgiving turkeys for needy families at the Javits convention center in Manhattan.

Hochul would not take a public stance on the Assembly Judiciary moving to impeach Cuomo to prevent him from seeking future public office in wake of the report’s conclusions.

“They’re the ones who have the authority to make those determinations,” she said. “...I did call for an investigation, I supported the attorney general’s investigation and supported the investigation by the Assembly and all I can say is that in my administration, we’e focused on transparency, which is why in the first days of my administration, I insisted the Department of Health release the true nursing home deaths picture because that had not been released before, and every agency is required to be very transparent.”

Hochul, who took office Aug. 24, also stressed her administration’s priority to hold people accountable. The governor put a new system in place with an outside law firm where Executive Chamber employees can file complaints about the culture or work environment within the chamber without fear of conflicts of interest or retribution.

“We’ve changed the culture from day one [to have] a culture of transparency, accountability and ensuring that everyone feels respected in the workforce,” Hochul added. “So anyone who works for our administration knows it’s a whole new day, and I’m proud of that.”

Attorneys also interviewed or reviewed interview or deposition materials for more than 200 people, and reviewed statements and writings by Cuomo and his counsel during the probe.

“This has been an historic undertaking and one that the members of the Judiciary Committee took on with extreme diligence and thoughtfulness,” Assemblymember Charles Lavine, D-Glen Cove, said in a statement Monday. “I would like to thank all the members of the committee as well our counsel at Davis Polk for their hard work. The former governor’s conduct – as shown in this report – is extremely disturbing and is indicative of someone who is not fit for office. I hope this report helps New Yorkers further understand the seriousness of the allegations that have been made and serves to guide us to a more ethical and responsible government. New Yorkers deserve no less.”

The 21-member Judiciary committee commenced an impeachment investigation into Cuomo on March 17.