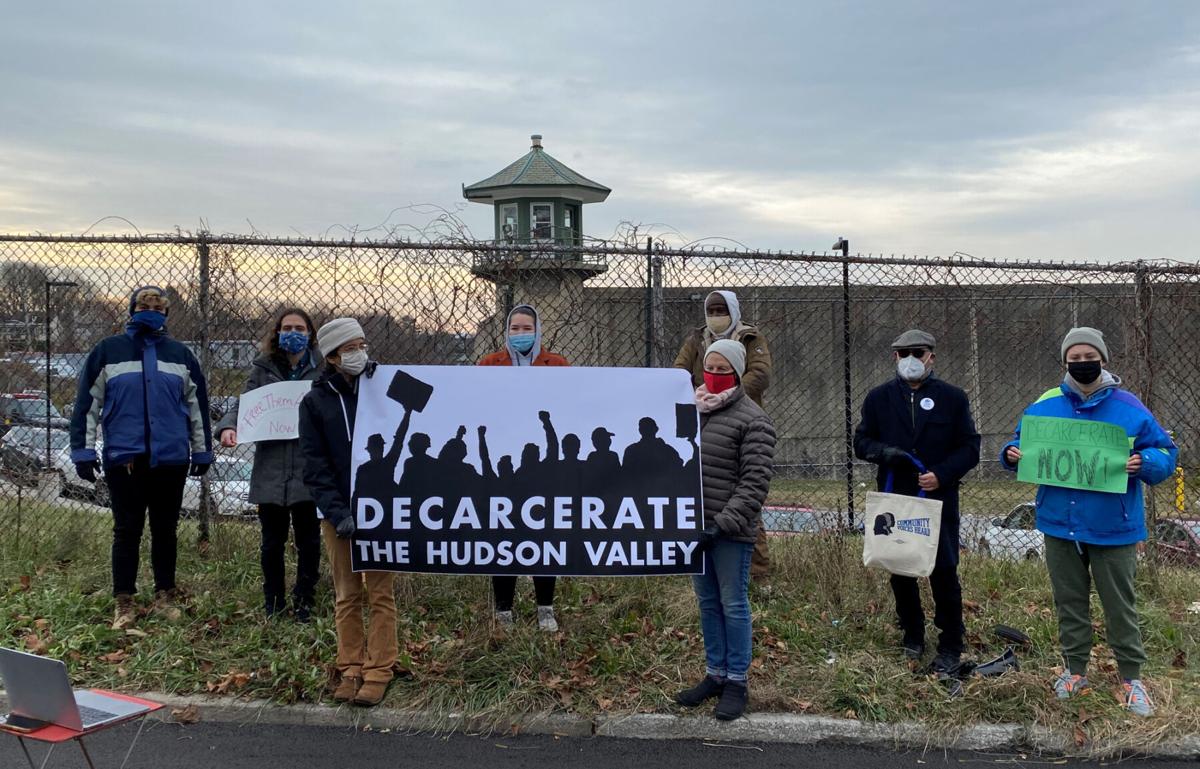 The newly formed group Decarcerate the Hudson Valley held a series of rallies across the state demanding the incarcerated population be reduced. Contributed photo 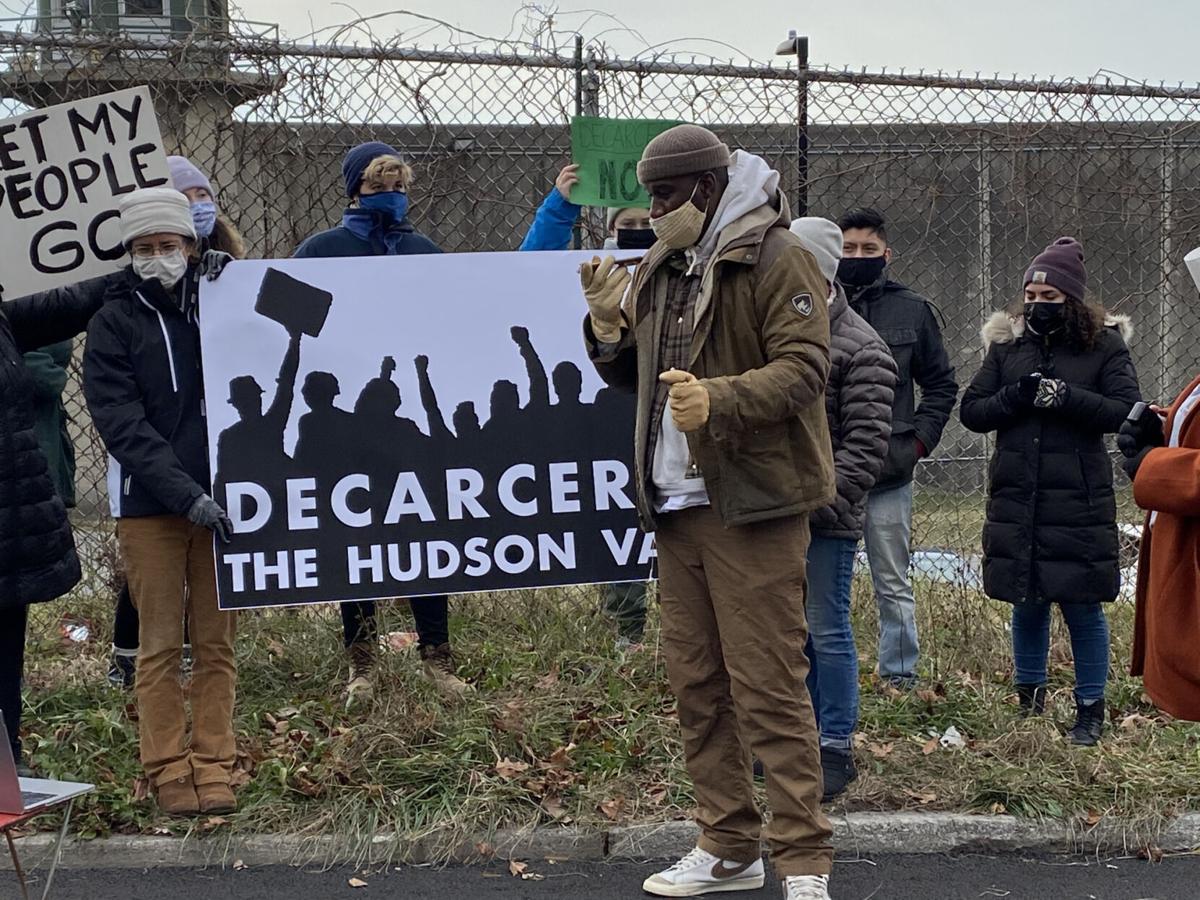 Advocates for the incarcerated population rally for their release at events around the state. Contributed photo

The newly formed group Decarcerate the Hudson Valley held a series of rallies across the state demanding the incarcerated population be reduced. Contributed photo

Advocates for the incarcerated population rally for their release at events around the state. Contributed photo

Dozens gathered in person and virtually in rallies to call on officials to reduce the number of incarcerated people in state prisons and jails.

Organizations gathered to announce the formation of a new coalition: Decarcerate the Hudson Valley.

The coalition, aimed at reducing the number of incarcerated people, gathered at three rallies and online via Zoom on Wednesday morning.

“We envision a world without cages, working together to dismantle systems of criminalization and incarceration locally and across New York state with the understanding that they are built on white supremacy, target Black and brown communities and criminalize poverty,” said Marvin Mayfield, the statewide organizer at the Center for Community Alternatives. “We fight to create alternatives that advance justice and liberation for all and build a world where all of our communities have what they need to thrive.”

There are more than 13,000 Hudson Valley residents in county jails and in state prisons, according to the coalition, and an additional 4,000 people subject to parole supervision in Hudson Valley communities as of October.

Speakers at the three rallies in Orange, Westchester and Albany counties each talked about racial inequality in the state’s prison system.

“The New York state Legislature needs to return to session immediately and pass the HALT Solitary Confinement Act, Elder Parole, Fair & Timely Parole, and bring an end the Jim Crow-era voting ban,” said Ashley Radliff, VOCAL-NY Leader. “We need an expansion of bail reform so that people are not being subjected to torturous conditions and increased rates of COVID. Incarceration perpetuates racism, classism and is deadly. Decarcerate the Hudson Valley and New York state now.”

Several speakers Wednesday also noted the treatment of inmates during the COVID outbreak and the impact the virus has had on prison populations.

“We cannot stand by while people languish and die in prison at the hands of the state,” said Noel Casey, community organizer with Release Aging People in Prison. “COVID has made this all the more urgent. Lack of testing, none, or limited PPE (personal protective equipment), social distancing in solitary confinement — this is what is happening inside places like Sing Sing, Fishkill, Bedford, Taconic and all the other prisons across the state. People are getting sick and dying at the hands of the state.”

The state Department of Corrections and Community Supervision reported that as of Dec. 8, a total of 1,910 inmates had tested positive for COVID-19 in the state prison population, and 1,747 of those have recovered and been released from solitary confinement. Eighteen incarcerated people in the state have died of COVID-19 since the beginning of the pandemic, according to the department’s website.

Local and county governments in the Hudson Valley spend more than $856 million each year on the incarceration system, according to the coalition. This includes nearly $406 million allocated for jails.

Greene County prosecuted, convicted, jailed and imprisoned me for a cumulative 6 1/4 years simply for being a committed partner and parent after terrorism.

The convictions are entirely reversed and dismissed on appeal, providing the legal sufficiency of malicious prosecution and false arrest.

I could not prevent the demolition of the Sheriff's Office at 80 Bridge St., a perfectly repairable historic building.

The damage to people detained is severe and mostly permanent.

The reader can make their own conclusions, but these are facts and not my opinion