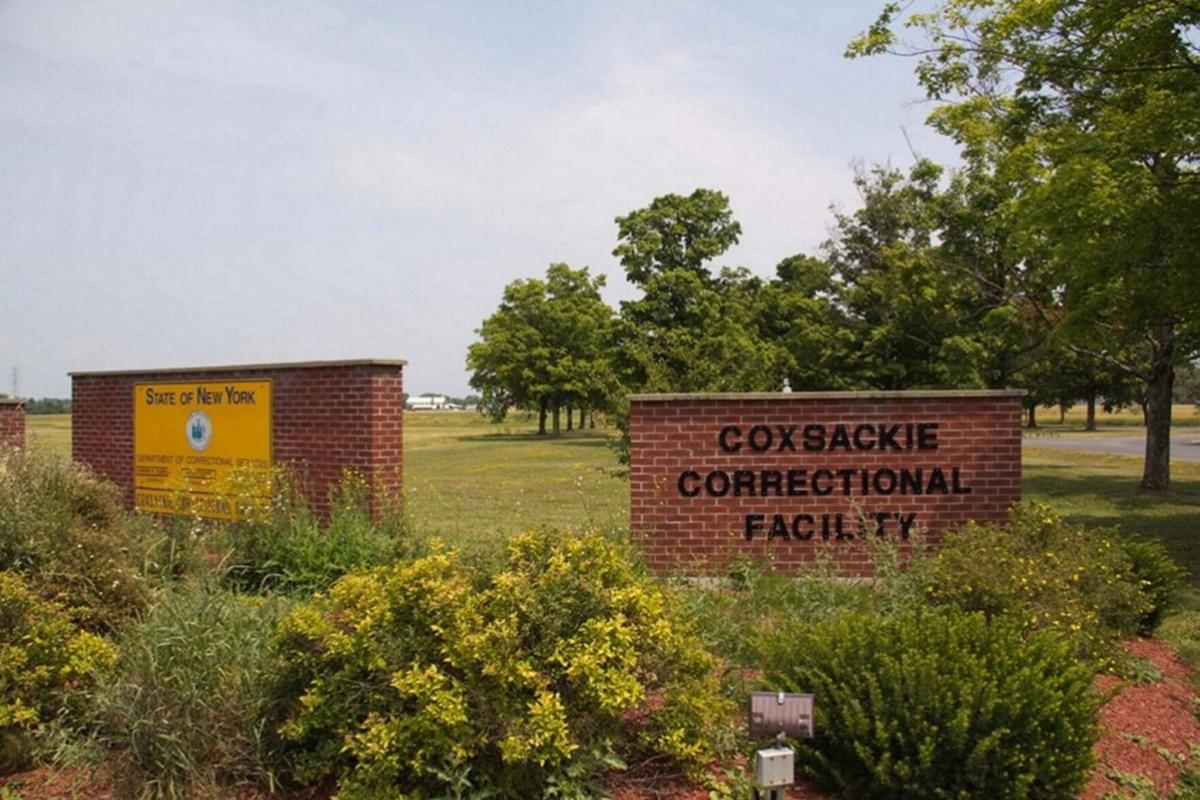 The outside of Coxsackie Correctional Facility, a male maximum-security prison, on Route 9W. C-GM file photo 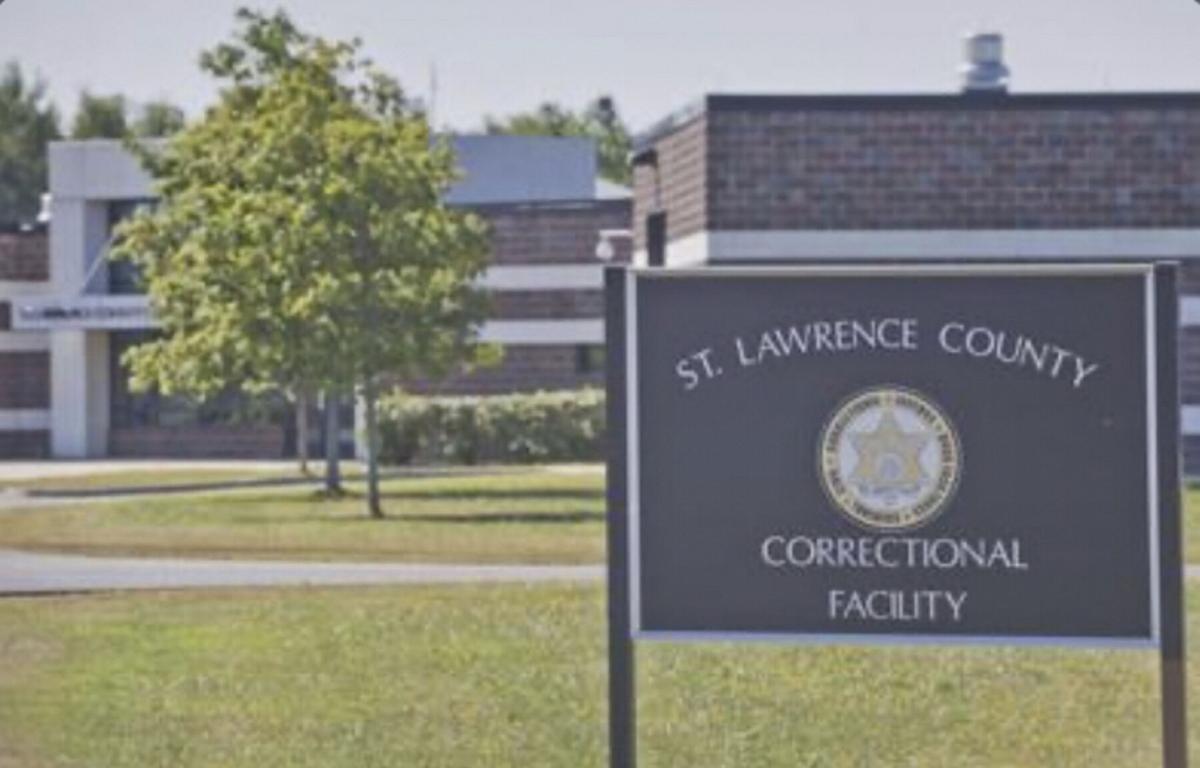 A sign near the entrance to St. Lawrence County Correctional Facility in the North Country. COVID-19 cases and deaths have seen a sharp increase in prisons statewide over the last six weeks. File photo

The outside of Coxsackie Correctional Facility, a male maximum-security prison, on Route 9W. C-GM file photo

A sign near the entrance to St. Lawrence County Correctional Facility in the North Country. COVID-19 cases and deaths have seen a sharp increase in prisons statewide over the last six weeks. File photo

More than 25 Democratic lawmakers launched a new parole reform campaign Thursday afternoon urging the passage of legislation this year to promote faster and more efficient release opportunities for incarcerated New Yorkers in the wake of rising COVID-19 infections and deaths inside the state’s prison system.

Current inmates, assemblymembers and senators and activists called for the swift passage of the proposed Fair & Timely Parole Act (S.497/A.4346) and Elder Parole (S.2144/A.9040) in a virtual press conference Thursday as part of the new People’s Campaign for Parole Justice.

“If we do not have elder parole or fair and timely parole, we are sentencing people to death by incarceration,” said Assemblywoman Carmen de la Rosa, D-Manhattan, the lead sponsor of the Assembly bill. “We know that justice is completely blind to the plight of Black and brown New Yorkers. ...That is injustice we seek to end here.”

The state Department of Corrections and Community Supervision does not comment on proposed legislation.

If passed, the elder parole bill would require incarcerated New Yorkers over age 55 who have served 15 or more consecutive years be considered for parole regardless of their crime or sentence. The Fair & Timely Parole Act would amend executive law mandating the state’s Parole Board to release eligible incarcerated New Yorkers on parole unless the person presents a current and unreasonable risk, or a risk that cannot be mitigated by parole supervision, according to the bill.

Campaign supporters and representatives called on Gov. Andrew Cuomo to fully staff the state Parole Board with 19 commissioners from diverse backgrounds, including people directly affected by the state’s incarceration system.

Every release decision is based on unique parole eligible individuals, facts and applicable statutory factors, according to a statement from the governor’s office Thursday. The law governing the board does not permit release decisions on the basis of race.

Governor’s office representatives did not respond to questions Thursday about the proposed legislation.

Incarcerated New Yorkers who have spent decades behind bars shared their perspective Thursday.

Dino Caroselli, a 65-year-old Brooklyn native, has served 27 years of a 65-year to life sentence for attempted robbery, aggravated assault and subsequent burglaries.

“I know I did wrong and that it was necessary to punish me,” Caroselli said, before apologizing to his victims and family. “My youth is gone no matter how much I wish, I can’t go back and change my past.

“My immediate family is all gone. I never got to apologize.”

Marie, an inmate at Albion Correctional Facility in Orleans County, is a 67-year-old mother of five and grandmother to five who has been incarcerated in the state for nearly 20 years.

Marie pleaded for the passage of parole reform and for officials to treat incarcerated New Yorkers as human.

Caroselli, who remains incarcerated at Sing Sing Correctional Facility in Ossining, has participated in many rehabilitation programs and works for a community orientation re-entry program, also working with inmates suffering from mental health issues.

Passing elder parole in the state is Caroselli’s only chance at redemption, he said. Without it, the Brooklyn man won’t be eligible for release in his natural life.

“The Department of Corrections is warehousing an overpopulation of men — these people are wasting away in dungeons,” Caroselli said. “They could be out in society mentoring tormented youth and being productive members of society.”

The state has needed parole reform for years, Caroselli said, but especially after watching several friends and fellow inmates die from COVID-19 within Sing Sing since last spring.

“One man had less than a month to be free after serving 25 years,” Caroselli said. “They were not given oxygen, no ventilators — they suffered for weeks until they were gone.”

DOCCS reported Wednesday 3,880 inmates of the state’s 34,002 incarcerated residents tested positive for COVID-19 since the pandemic began, in addition to 3,684 total infected corrections officers and staff and 167 parolees. Of the confirmed cases among inmates, 3,022 have recovered, leaving 858 active cases of incarcerated New Yorkers still in quarantine — an increase of 136 active cases inside state prisons since Monday.

Eleven inmates were released on medical parole statewide in 2020, with 10 released since March 16, 2020.

Ten inmates statewide have died from COVID-19 complications within the last six weeks of 28 total incarcerated virus fatalities, in addition to six staff members and five parolees, according to DOCCS.

Coxsackie Correctional’s four virus deaths account for 14% of the inmate deaths. Fatalities include six at Fishkill Correctional, three at Green Haven and four at Sing Sing.

“To achieve true parole justice, our correctional system must offer incarcerated people a meaningful opportunity for rehabilitation and reentry into their communities,” said Sen. Brad Hoylman, lead Senate sponsor of the elder parole bill. “My elder parole legislation would provide incarcerated seniors that opportunity, and ensure that our policies are consistent with the values of redemption, mercy and compassion shared by most New Yorkers.”

Hoylman is confident the measure will pass this year after Democrats secured a new veto-proof supermajority in the chamber after the November elections.

More than 25 lawmakers in both legislative houses spoke or participated in Thursday’s event pushing for parole reform this year.

“I stand with the People’s Campaign for Parole Justice and my fellow lawmakers in calling for an end to the inhumane and unjust practices that have long separated people who’ve paid their debt to society from their loved ones,” said Assembly Majority Leader Crystal Peoples-Stokes, D-Buffalo.

The Parole Board adopted new regulations in 2017 concerning the interview and decision-making process.

“The board shall be guided by risk and needs principles when considering an incarcerated individual for release,” according to a spokesperson with the governor’s office. “Thus, in addition to all of the statutory factors, a transitional accountability plan, known as a case plan, when considering whether someone is a minor offender or not, the Board also utilizes a risk and needs assessment instrument, known as the COMPAS. If, after considering all of the factors as well as the additional principles as noted in the regulation, the Board denies release to Community Supervision, it must state the reasons in detail as to why the Board was denying release.”

The former state Parole Division and former Correctional Services Department merged in 2011. Since, the Senate has confirmed several appointees to the Parole Board, including Tina Stanford in 2013 — the second female African American chair in its 90-year history, according to the governor’s office Thursday.

Visitation at all state prisons was temporarily suspended Dec. 30 until further notice.

Due to the increase in COVID-19 cases both inside and outside DOCCS’ correctional facilities, intake of state-ready individuals from county jails was temporarily suspended starting Dec. 14. This suspension was extended another 30 days Jan. 8, and will be reviewed in 30 days.

Parole is the extended torture of people who are no longer a threat to themselves or others. Incongruously this department is going to have more customers. I’m not on parole. I’m interacting with these people. Why? I’m a social activist, a witness, a disciple.

Yes get our brothers and sisters out of human cages. And, remove the Village of Catskill Police all together, turn the new jail into a legitimate medical treatment facility. WAKE UP!