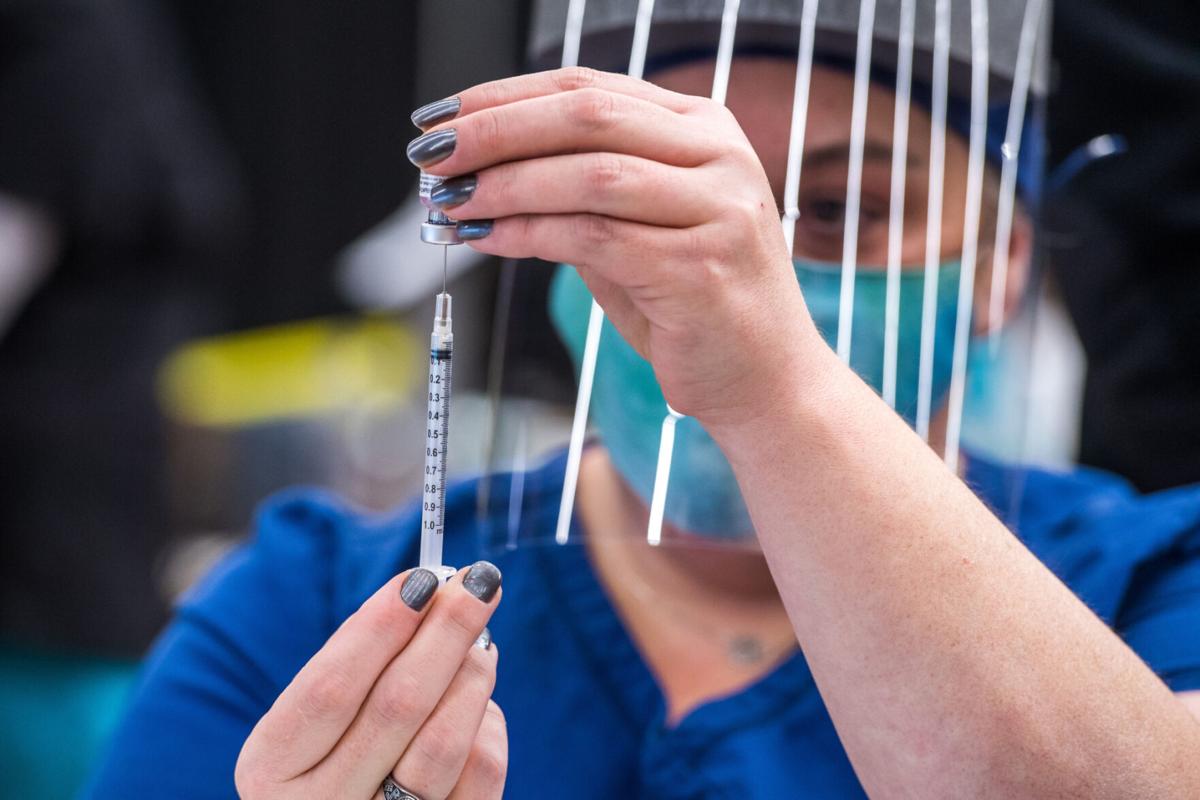 An injection of the COVID-19 vaccine is prepared at a Rochester mass vaccination site at Dome Arena, 2695 East Henrietta Road in Henrietta on Jan. 20. Courtesy of Gov. Andrew Cuomo’s Office 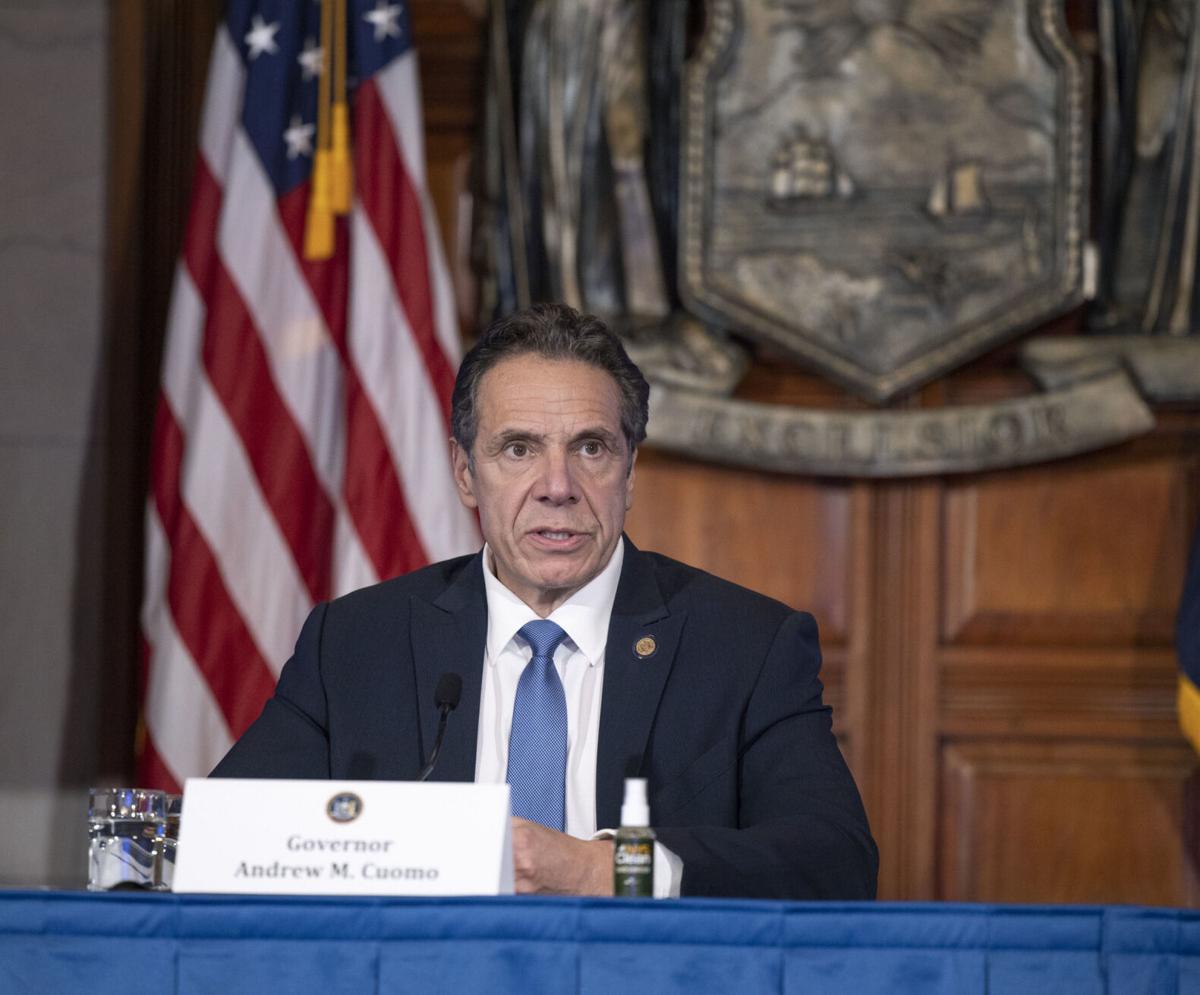 An injection of the COVID-19 vaccine is prepared at a Rochester mass vaccination site at Dome Arena, 2695 East Henrietta Road in Henrietta on Jan. 20. Courtesy of Gov. Andrew Cuomo’s Office

ALBANY — The state will reallocate thousands of excess dosages of the coronavirus vaccine from long-term care facilities to increase supply after the federal government announced Tuesday that shipments of the COVID-19 vaccine will reflect an additional 5% increase to states in the coming weeks.

New York is slated to receive up to 315,000 doses of the vaccine from the federal government each week for the next three weeks — a 25% increase from the roughly 250,000 the state received each week for most of January, Gov. Andrew Cuomo said Tuesday after a teleconference with White House officials and state governors.

The state will reallocate tens of thousands of leftover vaccines from the federal Long Term Health Care Facility program that helped to immunize residents and staff in adult-care facilities, including nursing homes, Cuomo said.

“If there are any unused vaccines, we can reallocate those,” the governor said Tuesday on a conference call with reporters. “That program has been slower than anticipated and we believe it was overallocated, so we will be reallocating doses from that program into the general state allocation, and we’re going to work to determine how much that is.”

Representatives from Cuomo’s office did not respond to multiple requests for comment Tuesday about the number of estimated excess vaccine doses or what week the increased federal shipments will begin to arrive.

“We’re going week to week, as we’ve discussed, on the allocation, and the whole question is the supply,” Cuomo said.

Reserved second doses of the COVID-19 vaccine will not be released to increase supply for states to administer as first doses. Federal and state officials, health experts and scientists continue to debate the issue.

An undetermined number of patients have not returned to receive their second required vaccine dose, said Cuomo, who did not provide specific numbers about how many.

“The CDC and the FDA, Dr. [Anthony] Fauci publicly said over the weekend that they are opposed strongly to using second doses for first doses, that the second doses must be available for Pfizer and Moderna when they were supposed to be available,” Cuomo said. “That is their position, and it was a strongly held position.”

The state must hold second doses of the vaccine for 42 days if a patient does not return to complete the required injections.

“Forty-two days is also close to the date of the expiration of the vaccine, so if it’s not used it would expire, but if that person comes back for the second dose, whenever they come back, you have to find a second dose for that person, even if it’s after 42 days,” Cuomo said.

Excess vaccine dosages from hospitals and long-term care facilities will be prioritized for patients with comorbidities and underlying conditions most at risk of contracting and dying from the novel coronavirus.

“Big question on the call with the White House coordinator, by the governors, is supply, supply, supply,” Cuomo added. “When will the supply increase?”

Officials will review and decide to approve Johnson & Johnson’s COVID-19 vaccine within the next two weeks, which could significantly improve national vaccine supply in addition to Pfizer’s and Moderna’s approved coronavirus injections.

The state distributed about 92% of 1,874,975 doses allocated from the federal government over the last eight weeks as of Tuesday afternoon, including 1,684,233 administered first dosages and 522,605 second dosages.

About 10% of New York’s 19.5 million residents have received at least one dose of the COVID-19 vaccine.

President Joe Biden’s administration announced last week that states would receive an overall 20% increased weekly vaccine supply for the next three weeks — up from the 16% bump officials promised to states in mid-January.

The state received an expected 300,000 weekly doses of the vaccine in late December, distributed by the federal government based on population. Biden’s 20% increase brought New York’s weekly vaccine shipments to expected December totals.

Tuesday’s announcement of an additional 5% is the first to increase New York’s weekly vaccine shipment beyond 300,000.

“The 5% increase doesn’t sound like much, but remember ... this is a third announcement of 5%,” Cuomo said. “Again, not proportionate to the need, but that has been helpful.”

The state’s average COVID-19 positivity rate reached 4.38% Tuesday — a new low since Dec. 1, with a continued decline from an average of 4.4% Monday and near 5% last week.

Positivity decreased to 4.7% in the North Country, down from 4.95% Monday; a flat 3.41% in the Capital Region and a sustained low 2.99% in the Finger Lakes after weeks of having the state’s highest new number of COVID-19 infections, hospitalizations and deaths.

The state reported 138 New Yorkers died Monday due to coronavirus complications — about flat from last week’s daily number of fatalities.