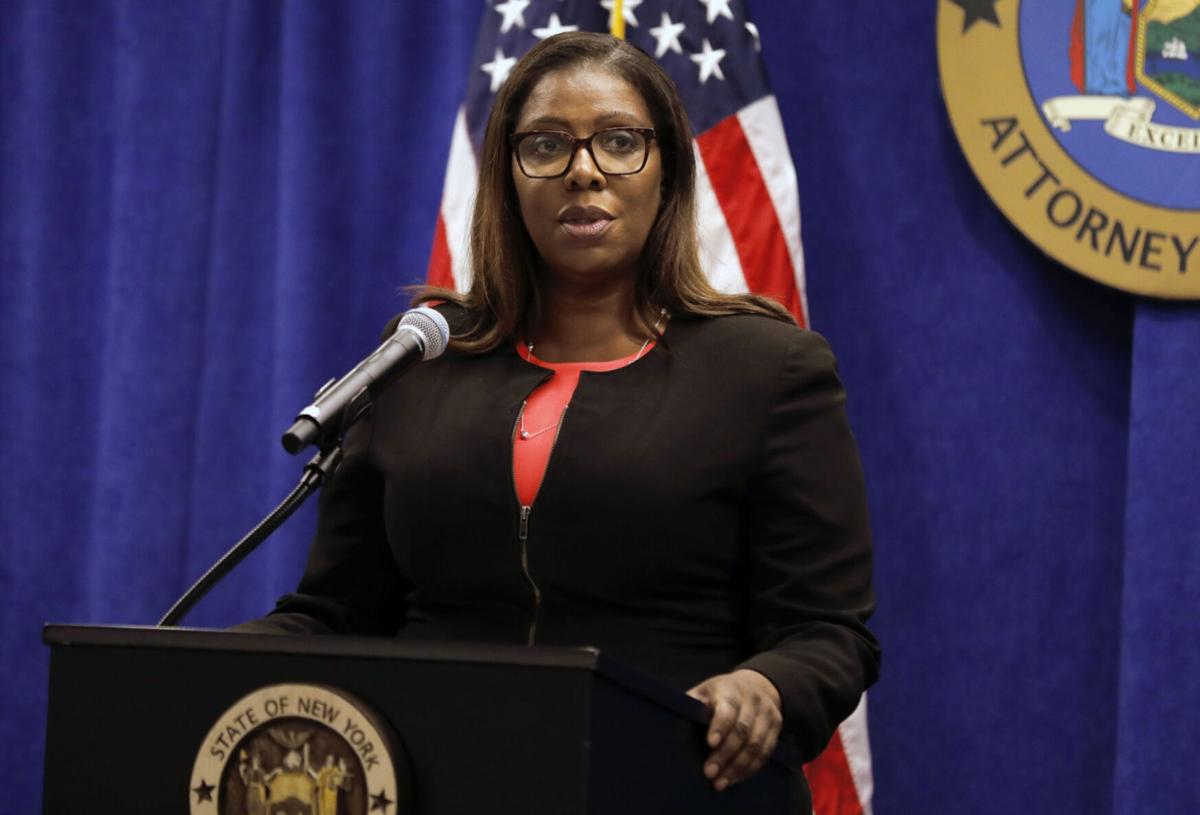 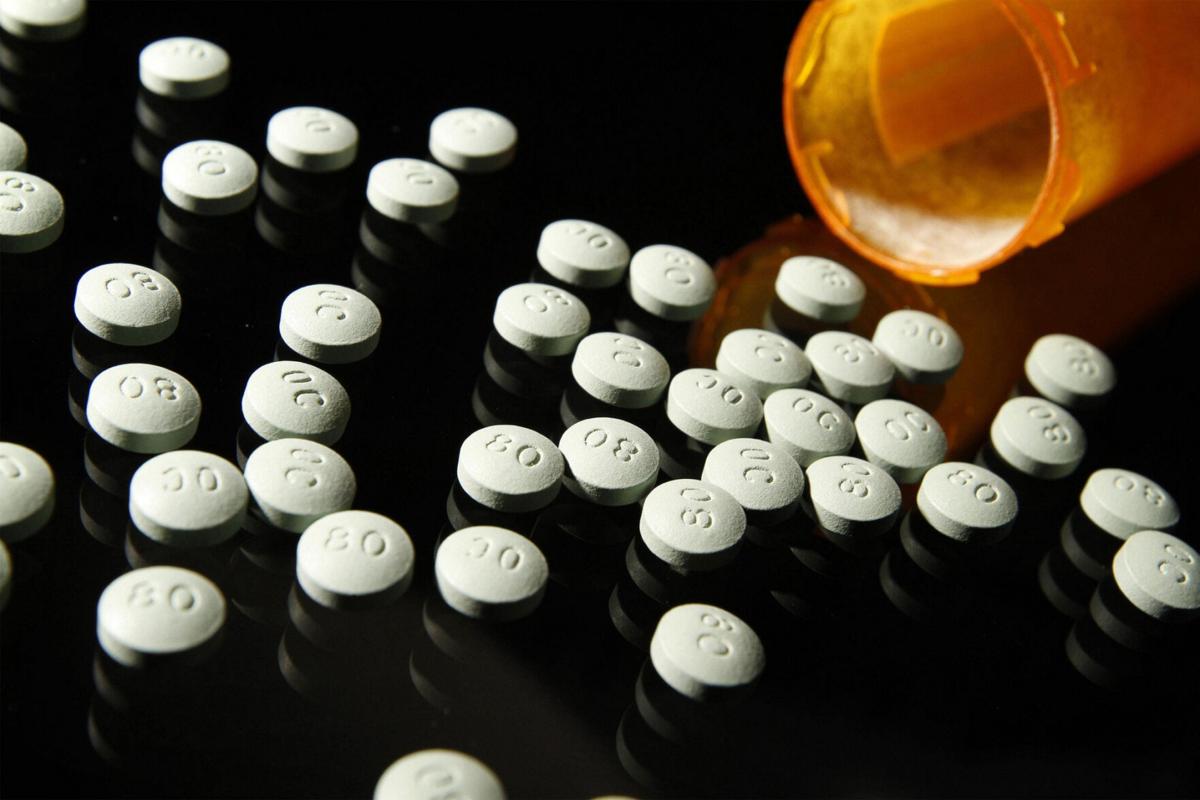 The state could receive up to $200 million in a historic settlement, if approved, that would require the Sackler family to pay $4.5 billion and permanently shutter disgraced OxyContin company Purdue Pharma for their role in fueling the opioid epidemic that killed hundreds of thousands of Americans over the last two decades.

Members of the Sackler family have agreed to pay more than $4 billion of their own cash over nine years and entirely exit the opioid business as part of the proposed deal, which requires Purdue’s assets to be relinquished as trusts to states and thousands of localities suing to recoup billions spent dealing with the crisis. The assets must be sold by 2024.

The Sacklers have refused to apologize for their involvement in perpetuating the crisis, James and Healey said.

“They hid behind their attorneys, they lawyered up,” James said. “They were silent and they acted as if they were innocent, when in reality we know their hands were dirty. ...Every individual who’s been affected by this, I can’t tell you how many individuals I’ve met in every county, in every corner of the state who’ve been touched. We need more resources, more beds, more prevention, more education. Clearly, no one is happy with this settlement. Can the Sacklers do more? Hell yeah. It can be a lot better, but it should at first begin with an apology.”

The proposed agreement is imperfect, the attorneys general said, but nothing could ever replace the loved ones who died at the hands of the opioid epidemic fueled by Purdue Pharma and the Sackler family.

New York was one of 15 states participating in the multi-year suit that agreed to drop their opposition to Purdue’s bankruptcy reorganization plan after negotiations where the company signed off on the payout and the public release of more than 13 million damning internal documents, including each deposition, transcription and once-privileged emails between lawyers and Purdue’s owners in the Sackler family.

The millions of documents and pieces of evidence will be released online in a permanent public, digital repository.

“The families hurt in this crisis deserve the full truth, and I can announce today they’re going to get it,” Healey said.

Colorado, Hawaii, Idaho, Illinois, Iowa, Maine, Massachusetts, Minnesota, Nevada, New Jersey, North Carolina, Pennsylvania, Virginia and Wisconsin also dropped their objection to the deal with Purdue and members of the Sackler family, according to the filing.

California, Connecticut and Delaware had not signed on to the agreement as of Thursday.

Settlement negotiations have persisted since 2019.

The resolution of the lawsuit against the Sacklers was filed in bankruptcy court late Wednesday night. The agreement is subject to a judge’s approval at a confirmation hearing Aug. 9.

“We anticipate the judge will soon thereafter will be entering an order entering that plan,” Healey said.

The additional states’ support resulted from a last-ditch mediation ordered by Purdue’s bankruptcy judge, Robert Drain, between dissenting states, Sackler family members, Purdue itself and other stakeholders. Talks took place nearly 150 times in the last two months, including a marathon session on July 1 that ran from 8:30 a.m. until about midnight, according to court documents.

As a result, members of the Sackler family agreed to pay an additional $50 million, relinquish control of family foundations worth at least $175 million.

Members of the Sackler family have not personally filed for bankruptcy.

“Purdue filed for bankruptcy and then the Sackler family ran to court even though they’re billionaires to use the loophole that exists in the bankruptcy process,” Healey said of existing legal loopholes that protect the defendants.

The attorneys general agreed the settlement is an accomplishment, but reflects problems and loopholes in the U.S. legal system.

“Our job was to look at what our families needed and deserved,” Healey said. “We made the decision to deliver on our promise to our families for disclosure. That’s what we were able to achieve through the process and that is what, for me, made me make the decision to take this and improve the plan and not risk not having that important component established. Transparency and disclosure — these families deserve it and that is the difference in why we were at the place we were at today.”

Nearly $500 million — including the state’s anticipated $200 million from the Purdue resolution together with a recent $230 million settlement with Johnson & Johnson — will be used to maximize drug treatment and prevention services and programs statewide to prevent a similar type of pharmaceutical epidemic, Attorney General Letitia James said Thursday. The attorney general noted Purdue’s legal “delay tactics” influenced the decision to strike a deal sooner rather than later.

The Sacklers also agreed to relinquish control of family foundations with $175 million in assets to the trustees of a planned National Opioid Abatement Trust as part of the proposed agreement.

A statement issued by the Sackler family stressed the deal did not include any concession of liability or wrongdoing.

“This resolution to the mediation is an important step toward providing substantial resources for people and communities at large,” the statement read. “The Sackler family hopes these funds will help achieve that goal.”

The settlement, if approved, will end illegal maneuvering of opioids across multiple continents that has persisted for decades, James said, and deliver critical funds to states and local communities desperate to recover from devastation related to rampant opioid addiction and related deaths.

The opioid epidemic has raged across the nation for more than two decades, but worsened in 2020 due to increased isolation and mental health issues associated with the COVID-19 pandemic.

The Sackler family will be prohibited from requesting or permitting any new naming rights in connection with charitable or similar donations or organizations for the next nine years as part of the proposed settlement.

The case is primarily civil mediation, and the agreement does not include criminal charges.