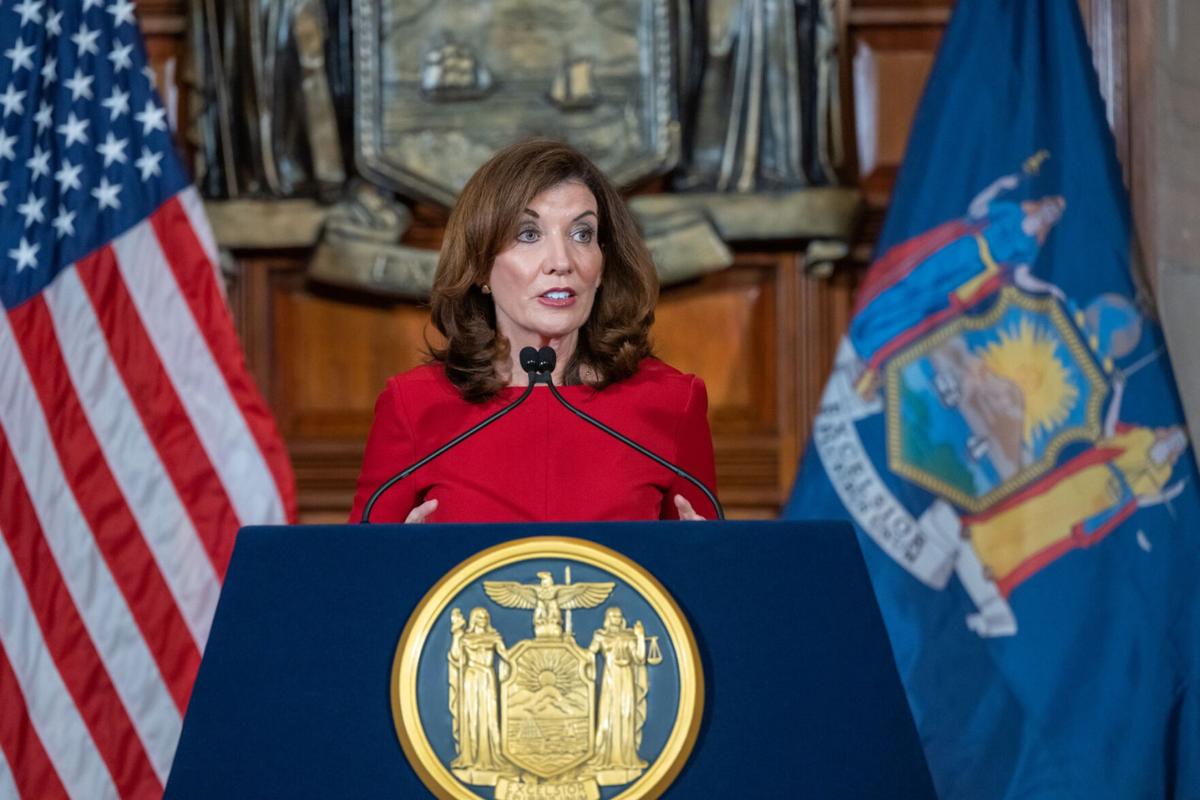 Gov. Kathy Hochul speaks in the state Capitol in Albany to announce an extraordinary session for the Legislature to extend the eviction moratorium through Jan. 15, 2022. Hochul and her administration were named Tuesday as defendants in a lawsuit filed by the Thomas More Society and 17 health care workers claiming Hochul’s vaccination mandate is unconstitutional. Courtesy of Gov. Kathy Hochul’s office 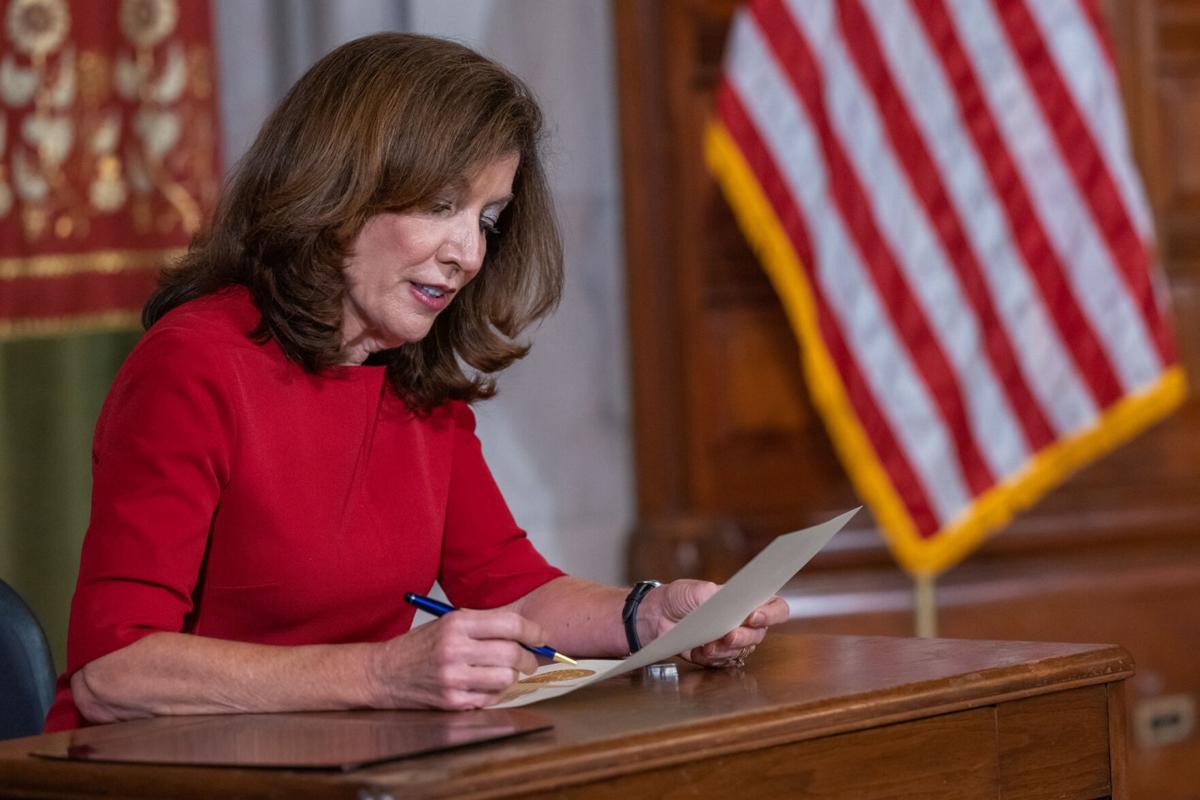 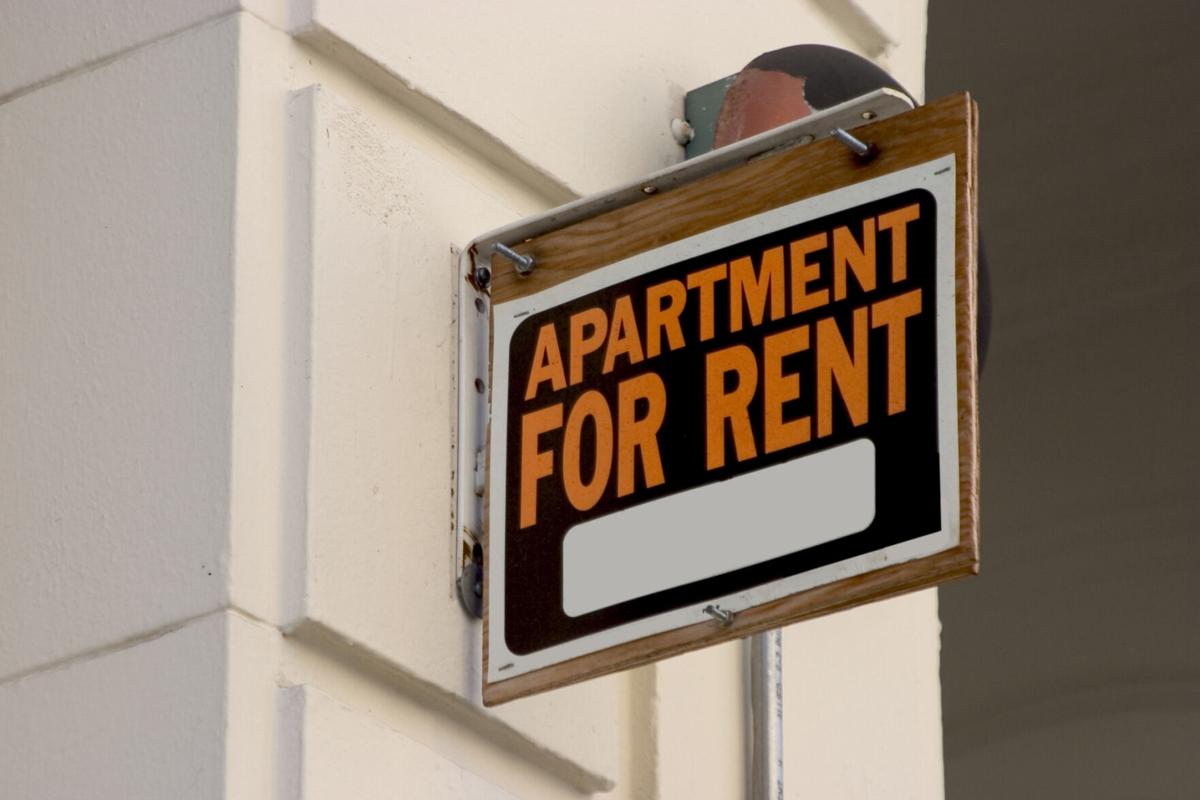 The Hudson Common Council Legal Committee took a closer look at a potential “good cause” eviction law for the city Wednesday. Dreamstime/TNS

Gov. Kathy Hochul speaks in the state Capitol in Albany to announce an extraordinary session for the Legislature to extend the eviction moratorium through Jan. 15, 2022. Hochul and her administration were named Tuesday as defendants in a lawsuit filed by the Thomas More Society and 17 health care workers claiming Hochul’s vaccination mandate is unconstitutional. Courtesy of Gov. Kathy Hochul’s office

The Hudson Common Council Legal Committee took a closer look at a potential “good cause” eviction law for the city Wednesday. Dreamstime/TNS

ALBANY — Lawmakers will return to the state Capitol on Wednesday for a rare September session to vote to extend the state’s eviction moratorium with additional protections for property owners and small landlords.

Gov. Kathy Hochul signed a proclamation Tuesday to call an extraordinary session — the name for a session called by the governor — to reinstate a temporary ban on evictions of residential and commercial tenants who could not pay rent due to financial hardships caused by the COVID-19 pandemic.

New York’s moratorium, extended multiple times over the last 17 months, expired Tuesday. The moratorium will be extended through Jan. 15, 2022.

“The pandemic has created unimaginable stress and anxiety for tenants and landlords who are struggling through no fault of their own,” Hochul said in the state Capitol on Tuesday night. “Many of them lost jobs, lost the ability to pay their bills, and now the debt has been mounting — and the fact is that we are not out of the pandemic yet as much as we had hoped months ago when the numbers were trending in a different direction.

“We could not have foreseen there would be another variant, a deadly variant known as the delta variant that would continue to suppress our ability to come back fully,” the governor continued. “Therefore, we still need assistance for our families.”

Hochul also directed lawmakers to temporarily amend the Open Meetings Law to allow officials to attend meetings remotely and to vote to appoint the chair person and executive director to the state’s Cannabis Control Board to accelerate recreational marijuana sales.

The governor sets the legislative agenda when calling an extraordinary session. No other topics or legislation are expected to be addressed.

Wednesday’s extraordinary session, which the governor will address the terminated moratorium after the U.S. Supreme Court struck down a federal moratorium on evictions late last week.

“What the Supreme Court did just recently is unconscionable,” Hochul said earlier Tuesday. “They created a sense of fear and anxiety among people who are to no fault of their own they lost their jobs during the pandemic.”

Assembly Speaker Carl Heastie, D-Bronx; and Senate Majority Leader Andrea Stewart-Cousins worked through the weekend with input from counsel to make sure the next moratorium is legally airtight to avoid challenges and protect tenants from evictions as the COVID-19 pandemic continues.

Confusion continues to surround the state’s Emergency Rental Assistance Program intended to make tenants, small landlords and property owners whole with $2.7 billion in federal funding, and $100 million of state resources. More than $808 million of the relief was distributed to New Yorkers as of Friday.

Tenants, landlords and property owners who submit an ERAP application will be protected from eviction for one year from the date the application is submitted to the Office of Temporary and Disability Assistance.

Officials are expected to tweak the state ERAP application with an option for landlords to appeal tenants’ claims of financial hardship and additional protections for property owners. Legislative leaders are expected to announce more details Wednesday.

Small landlords and property owners who lack contact with their tenant have hit substantial roadblocks getting relief.

A diverse group of Western New York landlords spoke out against extending the moratorium in a statement Tuesday just before Hochul announced the extraordinary session, arguing it’s time for the court system to be allowed to work as designed.

“It is likely, due to scheduling, and the required notification, that any eviction case that might be filed would not likely be bheard before the end of the year,” said Jaime Michelle Cain, a junior partner at Lipsitz Green Scime Cambria LLP and leader of the Under One Roof Coalition.

“The courts provide an important forum for education and counseling, connecting both tenants and landlords to available resources and they act as a convener,” she continued.

Hochul plans to assemble a figurative SWAT team to visit the residences of New York tenants, landlords and property owners who need assistance in every city across the state to evaluate each situation and ensure they get the relief they need.

State Republican leaders and representatives have blasted Democrats, who control both houses of the Legislature, for prolonging the debt and forcing small landlords and property owners to struggle to financially survive.

“[Democrats] seem determined to consume themselves with repetitive efforts to ‘cancel rent’ forever,” Senate Minority Leader Rob Ortt, R-North Tonawanda, said in a statement Tuesday. “To be clear, it is New York Democrats who have failed to distribute any significant amount of relief through the disastrous program they enacted in the late budget. Their failure to deliver these critical funds — combined with their neverending moratoriums — is an implicit acknowledgment of their own incompetence. Deliver the relief NOW.”

Assembly Minority Leader Will Barclay, R-Pulaski, said extending the eviction moratorium is short-sighted and detrimental to small property owners who have not received relief or income for the past year-and-a-half.

“As their own mortgage and utility costs have piled up, no protections for small housing providers have been offered by Majority Conferences,” Barclay said Tuesday. “Any new legislation must include provisions that bring fairness and balance to the entire process. Property owners should be entitled to challenge hardship declarations. Tenants who have not paid rent, but refuse to seek assistance from the state, should not be shielded from evictions. Housing courts need to be open and active. Aligning the court system with OTDA can bring more people into the existing rent-relief program quickly and efficiently.”