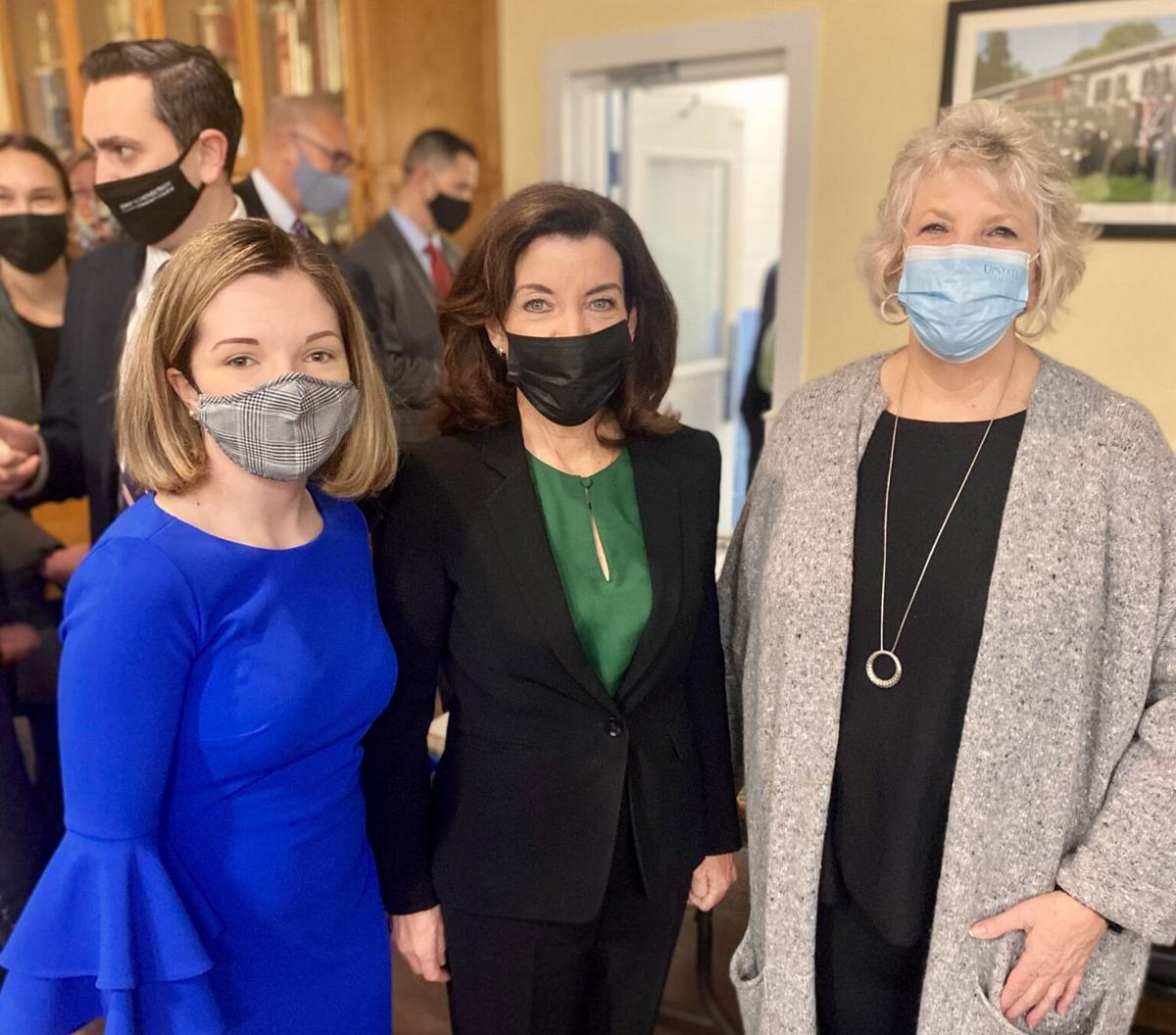 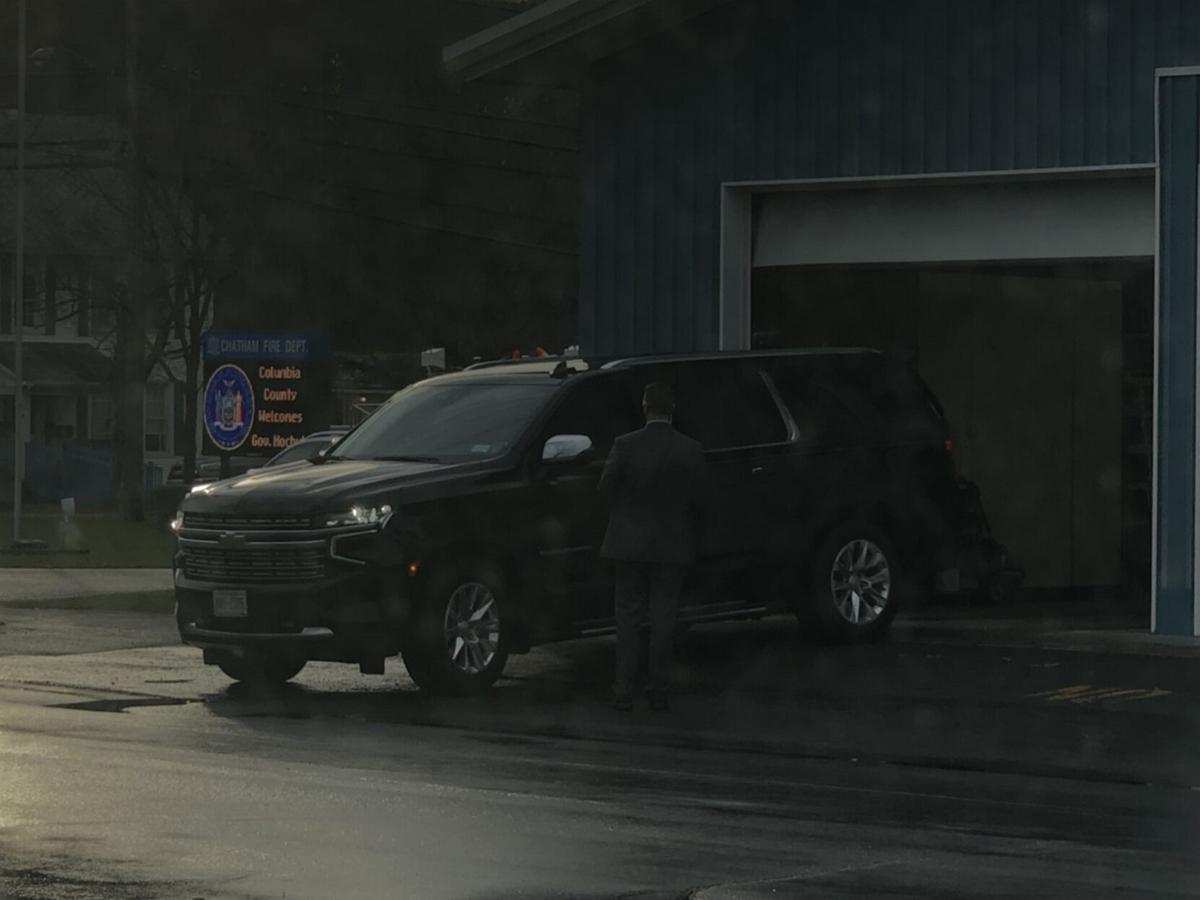 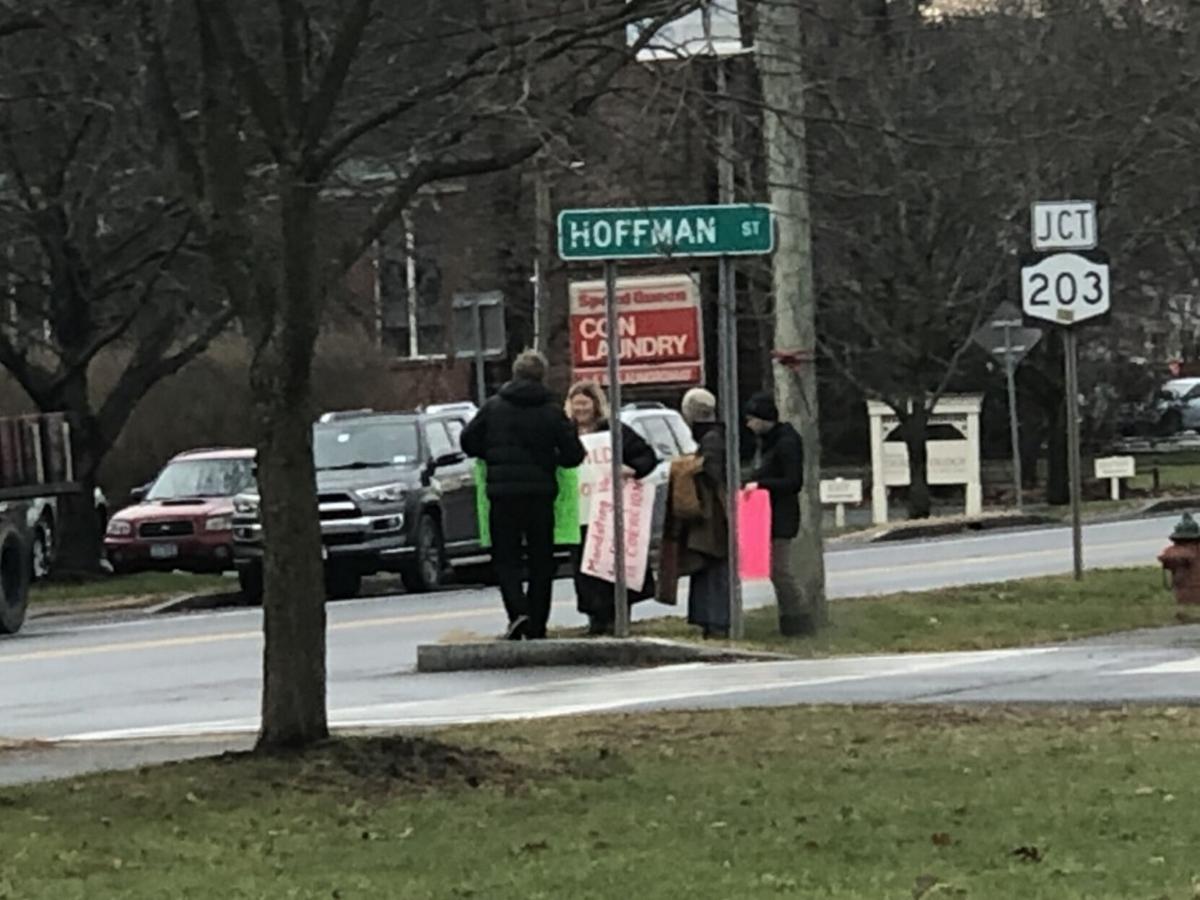 Bill Williams/Columbia-Greene Media A small group of protesters, against vaccine mandates, greeted the governor as she arrived in Chatham on Thursday morning.

Bill Williams/Columbia-Greene Media A small group of protesters, against vaccine mandates, greeted the governor as she arrived in Chatham on Thursday morning.

CHATHAM — There was a large turnout in Chatham on Thursday morning as Gov. Kathy Hochul made a campaign appearance in Columbia County and gave a speech to county Democrats.

Hochul was an invited guest of the Columbia County Democrats as they held their first Blue Tide Breakfast at the Chatham Firehouse on Hoffman Street as an increasing number of Democrats endorse her for re-election as the state’s 57th governor next year.

About 100 people attended the breakfast. Tickets were purchased online and in advance of the event. Because the breakfast was a campaign event, it was not posted on the governor’s public schedule Thursday.

Hochul’s campaign publishes only selected events and the Chatham stop was not widely publicized.

Representatives of Hochul’s campaign did not immediately return a request for audio of the governor’s speech Thursday. Other legislative staffers and elected officials referred questions about the details of her remarks to the campaign.

The four have endorsed Hochul to be elected to a full four-year term Nov. 8.

“It was an honor to welcome the governor to Chatham,” Hallenbeck said.

A growing number of lawmakers, labor unions, organizations and local officials continue to endorse Hochul, a Buffalo native, bolstering her support to continue her administration.

Hochul arrived at Thursday’s breakfast at about 8:30 a.m. in one of two black sport utility vehicles. Her vehicle backed into an empty bay at the firehouse. The overhead door was closed before she got out of the vehicle. The second SUV parked in a reserved spot across Hoffman Street.

Hochul did not remain in Chatham for long Thursday. She returned to her SUV and departed at 8:55 a.m. to make a virtual meeting with members of her cabinet at the state Capitol scheduled to begin at 9:30 a.m. when the Chatham breakfast concluded.

She held an in-person press availability with the Albany press corps immediately following the closed-door meeting, providing an update on the state’s COVID-19 infections and new mask or vaccination mandate for businesses.

Hochul drove past a small group of protesters who stood on the corner of Hoffman Street and Route 66 as she arrived at the breakfast.

Hochul, the state’s first female governor, was inaugurated Aug. 24, two weeks after former Gov. Andrew Cuomo resigned in disgrace two weeks earlier. She announced her intent to run for re-election to a full term within days.