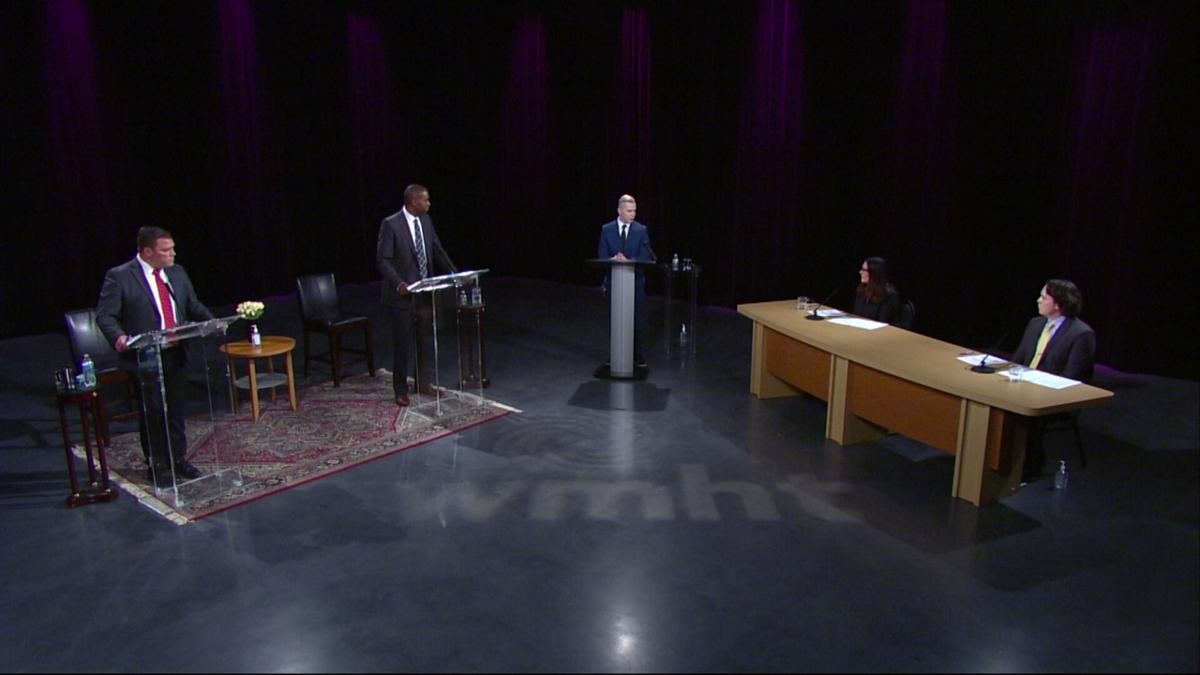 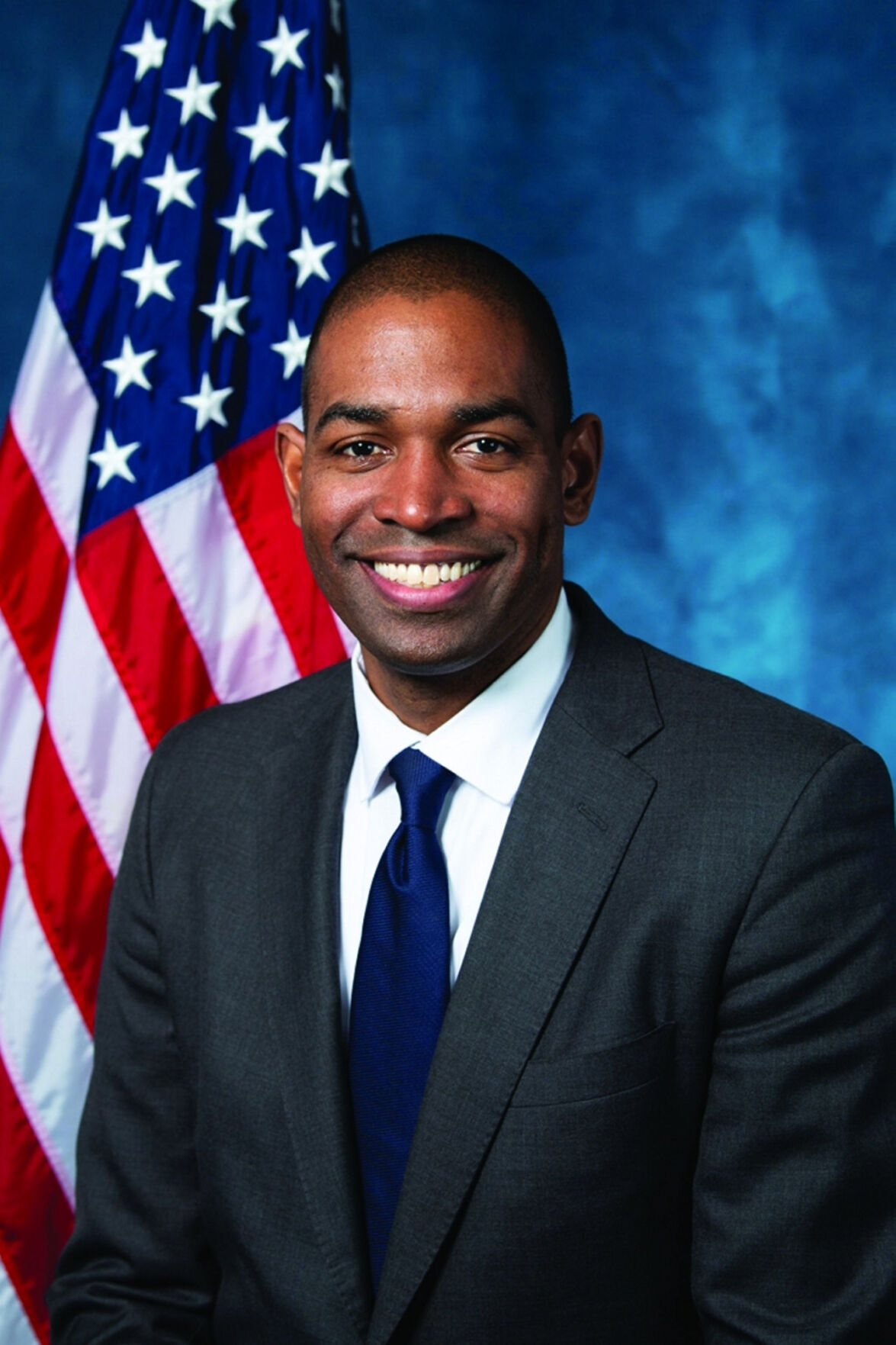 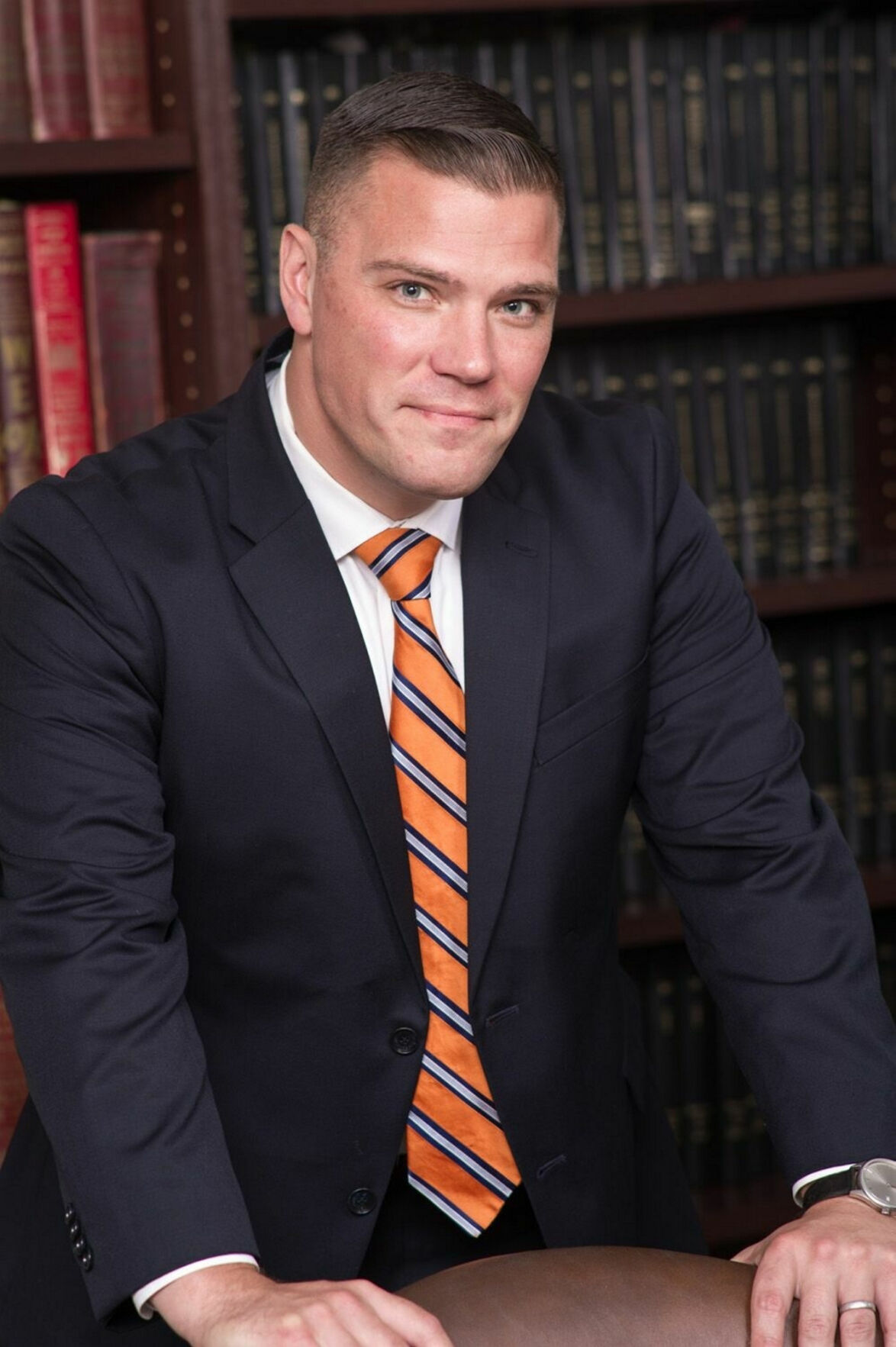 Delgado is seeking re-election on the Democratic, Working Families and SAM party lines to a second term representing the state’s 19th District, which includes all of Greene, Ulster, Columbia, Sullivan, Delaware, Schoharie and Otsego counties, the majority of Dutchess County and parts of Rensselaer, Montgomery and Broome counties.

Van De Water is making his federal election debut on the Republican ticket, with Steven Greenfield on the Green Party ballot and Victoria Alexander on the Libertarian line.

NY Now Host Dan Clark moderated Thursday’s event, which began at 8 p.m. and continued for one hour at the WMHT studios in Troy.

A live audience was not invited due to the coronavirus pandemic.

The live debate was produced by WMHT in partnership with the Albany Times Union and WAMC. Only Delgado and De Water were included, determined by campaign size and funding.

Greenfield was not invited to debate, he said, but showed up to attend Thursday’s forum to participate. WMHT representatives instructed Greenfield he needed to leave, as only the two candidates, moderator and panelists were permitted at the event, the Green Party candidate said in a statement Friday.

City police were called, who told Greenfield station management requested him to leave the property. He was not ticketed.

At the start of the debate, Van De Water, of Millbrook, and Delgado, of Rhinebeck, each delivered opening statements.

“The far-left has failed the United States of America and I believe my opponent is part of the far-left,” Van De Water said to kick off the forum.

Van De Water, a major in the U.S. Army, served eight years in active duty and completed a tour in Afghanistan in the 2010s. The state had gone to one-party rule when he returned home, the Republican candidate said.

“That one party has done nothing but fail this state,” he said.

“I have no problem with Democrats,” the candidate added, referencing working across the aisle.

“There’s a lot of pain, a lot of anxiety, a lot of hurt across the country and throughout NY-19,” Delgado said. “We can get through it if we come together, if we work together — if we put people before politics. If we think about our community, love our neighbors, show the passion, do the work and that’s what I’ve been doing since day one.

“I would be more than humbled and blessed and honored to continue to serve on everybody’s behalf: Democrats, Republicans and Independents — every single person living all throughout this sprawling district of NY-19,” he said.

Delgado advocated for a streamlined approach to the nation’s coronavirus response including wearing face masks and using the Defense Production Act to make adequate personal protective equipment such as gowns, gloves, face shields and masks.

Van De Water argued localities should decide to implement mask mandates and if schools should be open.

“I’m here to tell you two words: No fear, no more — we don’t want to live in fear,” he said. “Big government shouldn’t be sitting there telling everybody across the board what to do.

“I don’t want us to live in fear anymore. It’s time for it to stop. Let the local communities decide what precautions are going to work for them.”

Van De Water does not fear getting a COVID-19 vaccine, but said decisions about immunizations should be left to families.

“It should be made available to everyone for free,” Van De Water said.

Nearly 500 NY-19 residents have died from the coronavirus to date, Delgado said.

“We have to rally around each other and treat this as a national crisis,” he continued. “It’s important for us to have a uniformed approach. The last thing we need to do is take one step forward just to take two steps back.”

Delgado stressed the importance of science dictating when a coronavirus vaccine is ready, and safe, to take.

Delgado plans to focus his attention on helping constituents as the pandemic continues, and held several telephone town halls this spring after COVID-19 first swept the state in March.

Delgado secured $9 billion for farmers nationwide in the CARES Act through the Coronavirus Food Assistance Program, and said 27,000 small businesses in the 19th District were helped by his Small Business Repayment Relief Act.

Delgado supports amending the Tax Cuts and Jobs Act of 2017, instead of raising taxes on the state’s ultra-wealthy to help close the state’s nearly $50 billion revenue gap over two years because of pandemic spending.

Delgado supports parts of the bill, but said it creates an additional $2 trillion deficit and mainly benefited the nation’s richest and large corporations.

“We have to make sure where we do have breaks, we’re breaking for the right people,” Delgado said of the working and middle-class New Yorkers and small businesses. “As we think about tax plans in the future, that is how I want to go about this: Making sure that our tax code actually generates revenue for the people on the ground so we can invest in infrastructure, invest in broadband and invest in health care.”

Van De Water voiced concerns for Delgado’s economic approach, saying it would cause taxes on middle-class workers to increase.

If elected, Van De Water said he will spend the majority of his time in the district.

“I plan on spending my time in NY-19 and not in Washington, D.C.,” he said. “I plan to talk to farmers and meeting people one-on-one. My plan is to talk directly to the people. I am the people’s man.

“...I’ve served this country overseas in Afghanistan. I’ve served it throughout this nation, and I’m here to serve for you. It’s about service and it’s about doing what’s right for NY-19, not what Nancy Pelosi says.”