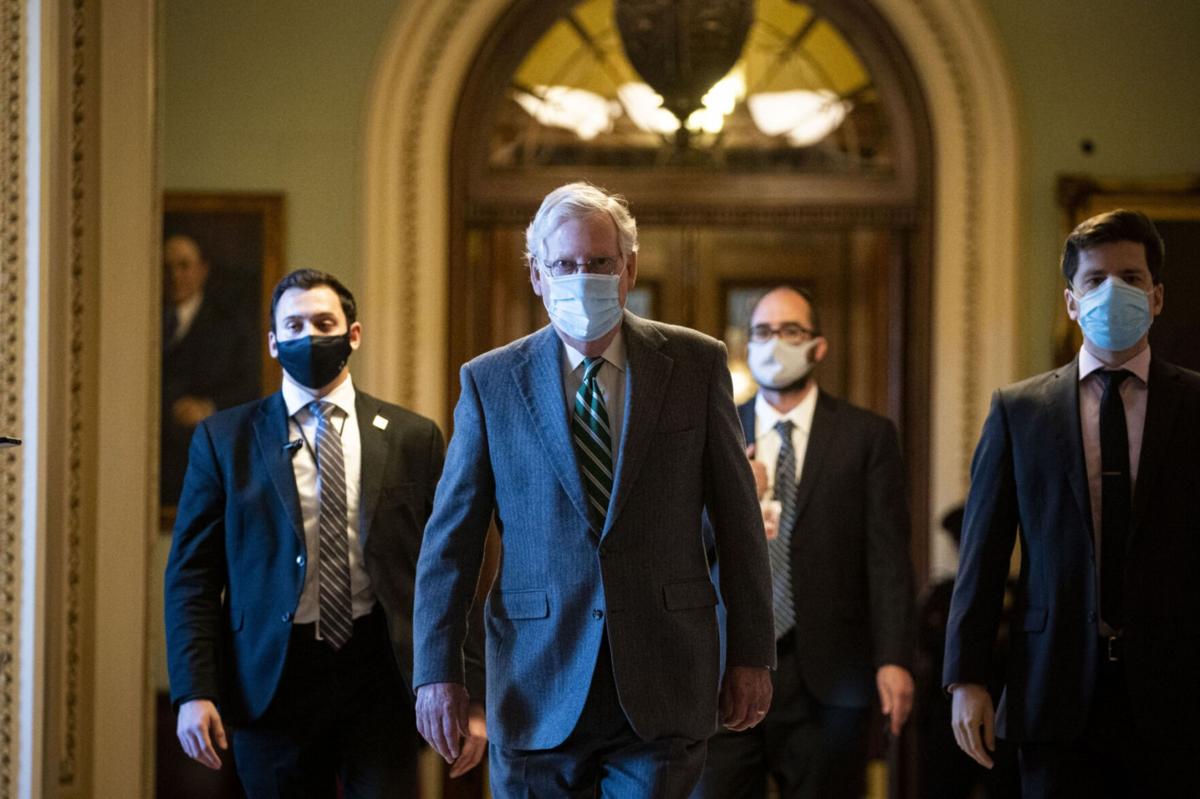 U.S. Rep. Antonio Delgado, D-19, expressed frustration to constituents Wednesday about Congress’ expected decision to omit local aid from the next COVID-19 relief package before renewing his call for lawmakers to reach consensus on additional pandemic assistance before the end of the year.

Delgado held his 49th town hall, this one virtual, on Facebook Live on Wednesday night from Washington — his second in one week. The congressman fielded questions from dozens of constituents for more than 45 minutes, answering some queries presubmitted before the event or in the comments on the Facebook Live video feed.

Legislative leaders tentatively agreed in a closed-door meeting late Tuesday state and local aid provisions and business liability should be set aside for the next debate over aid expected to continue in the new year.

“There’s a lot of discussion around what will make the stimulus bill and what’s not,” Delgado said, before adding of assistance to states and localities, “I won’t sit here and not express I’m a little disappointed.”

The most recent $908 billion COVID aid plan includes an additional $300 a week in unemployment benefits for 18 weeks. Another round of direct payments between $600 and $700 is expected to be included for middle-class households.

The stimulus plan initially included $160 billion for states and localities — less than one third of the $500 billion Democrats requested — but is not expected to include any relief for states or municipalities.

“You better believe I’m going to keep pressing on that until we get something done,” Delgado said, adding most 19th District constituents have expressed the need for local aid that funds mental health, substance abuse, affordable housing and other essential services.

“That’s frustrating. That’s one of the big pieces I’ve been advocating for,” the congressman said. “We have a state like New York that’s facing major cuts, so this state and local funding is so, so important.

“We came up short right now, and there’s more work to do right now.”

States will indirectly receive some federal funding after the passage of any COVID relief package for health care, transportation and education services and to distribute the coronavirus vaccine in communities, but none to offset multi-billion dollar revenue shortfalls threatening each state.

“We’ve been signaled by the Biden administration this is an issue that will get picked up come January,” Delgado said. “While we don’t get something this go-round, I do anticipate state and local funding will be addressed in the coming months.”

House and Senate leaders were on the brink of reaching a compromised economic aid package Wednesday and Thursday after being at a stalemate over supplemental COVID-19 relief since May. House Democrats passed a $3 trillion federal HEROES Act coronavirus relief package in May, and then passed a modified $2.2 trillion version in October.

The next stimulus is also expected to include more funding for the federal Paycheck Protection Program that provided loans to small businesses most impacted by the pandemic as an incentive to keep workers on payroll.

The PPP program has about $130 billion remaining, but the program expired in August.

Delgado answered a question from Ed, a Greene County constituent, who owns a small seasonal business that employs more than 150 people.

Ed expressed gratitude for the initial PPP loan he received this year, but expressed fear the company would be forced to permanently close without additional help to small businesses facing financial hardship.

The bipartisan framework of additional PPP loans remains in negotiation.

“The specifics of that, the conditions of that, are being worked through,” Delgado said.

The congressman also advocated to include his Paycheck Protection Program Priority Act in the stimulus and the Small Business Repayment Relief Act, which allows small businesses to waive principle interest and fees on Small Business Administration loans for up to six months into 2021.

Last week, Delgado visited the Adaptive Sports Foundation in Windham, a nonprofit that provides sports and recreational opportunities for adults and children with cognitive and physical disabilities, and the Otsego Electric Co-Op in Hartwick to discuss broadband issues that continue to plague rural communities across the 19th District.

One constituent asked about the district’s ongoing inadequate high-speed broadband access, which is common in rural communities across the state and nation.

Delgado sponsors the Broadband Speed Act, which requires any new broadband infrastructure built using federal funds to provide service of at least 100 Mb per second and require providers to submit more accurate information about speed and services to the Federal Communications Commission.

“We see with COVID how necessary it is whether accessing health care through telemedicine or whether you’re a farmer or a small-business owner and you want to access the marketplace — all require quality, high-speed internet,” said Delgado, who equated the issue to President Franklin D. Roosevelt’s Rural Electrification Program that brought electric lines to rural America in the mid 1930s.

Federal funding for improved broadband mapping, including street-level analysis beyond census data, was included in both versions of the HEROES Act.

“We need to have robust public works investment that treats broadband as a utility and ensures every American, no matter where they live, can have actual access to the marketplace and be afforded equal opportunity for success in America,” Delgado said.

The bill also included the congressman’s bipartisan Improving Benefits for Underserved Veterans Act to direct the Secretary of Veterans Affairs to publish a report on veterans’ benefits disaggregated by sex and minority group member status.

The bills passed in the Senate on Dec. 9 and await President Donald Trump’s signature in the Oval Office.

Delgado assured voters he will continue to focus on working with congressmen and women across the political aisle. Delgado introduced more than 20 bills with bipartisan support and formed four locally based bipartisan advisory groups in his first term.

“If you have tracked my movements and you have followed my legislative agenda, you know I have tried diligently to reach across the aisle and find common ground,” he said. “That’s the only way to move forward in a democracy if we want to have sustainable change.”

The congressman expressed sympathies to the more than 300,000 Americans who have died from COVID-19 to date. Upwards of 3,000 Americans have died from the novel coronavirus each day as virus infections spike across the state and nation with an average of 1 million new cases in the U.S. each week.

“My heart goes out to the families and friends with those loved ones,” Delgado said, before adding the COVID-19 vaccine “is a tremendous light at the end of the tunnel.”

The congressman reminded all New Yorkers to stay socially distanced from others and to wear face masks.

“We have to do everything we can to make sure we’re keeping each other protected,” he said. “It’s just so important right now.”

A number of residents participated in last week’s Dec. 9 town hall and ongoing financial negotiations on Capitol Hill to avoid a government shutdown and provide federal aid amid the coronavirus pandemic.

“We got a lot of tremendous response... and given how many questions we got we couldn’t get to last Wednesday, we thought it was important to circle back to you and continue the conversation,” Delgado said. “We’re going to keep doing what we can do here to keep you informed of what is happening in Washington.”

Delgado plans to continue to hold town hall-style events with constituents through his second term to begin in January.