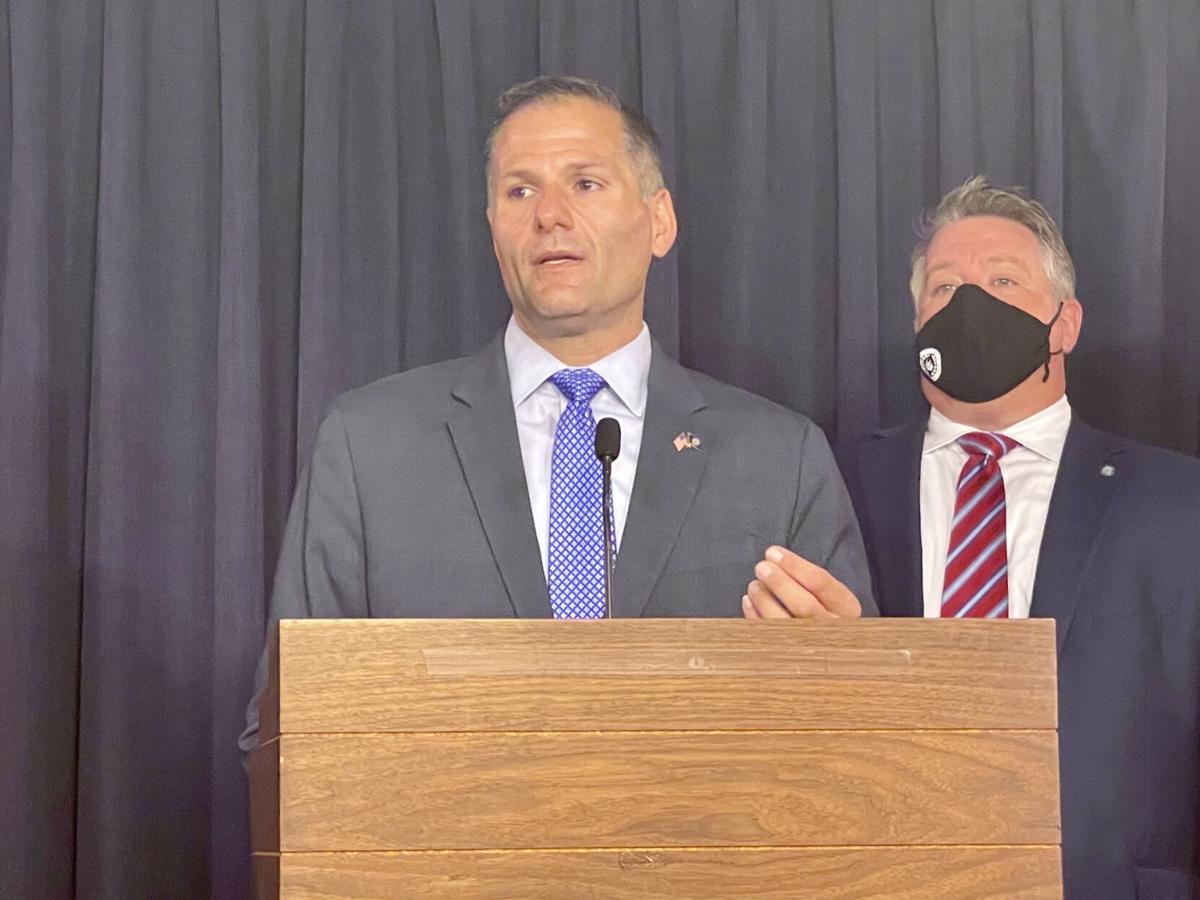 Dutchess County Executive Marc Molinaro, who is seeking the Republican nomination to run for the U.S. 19th District seat against Democratic incumbent Antonio Delgado, D-19, next November, speaks Monday in the Legislative Office Building in Albany during a press conference with the state Association of Counties. Kate Lisa/Johnson Newspaper Corp. 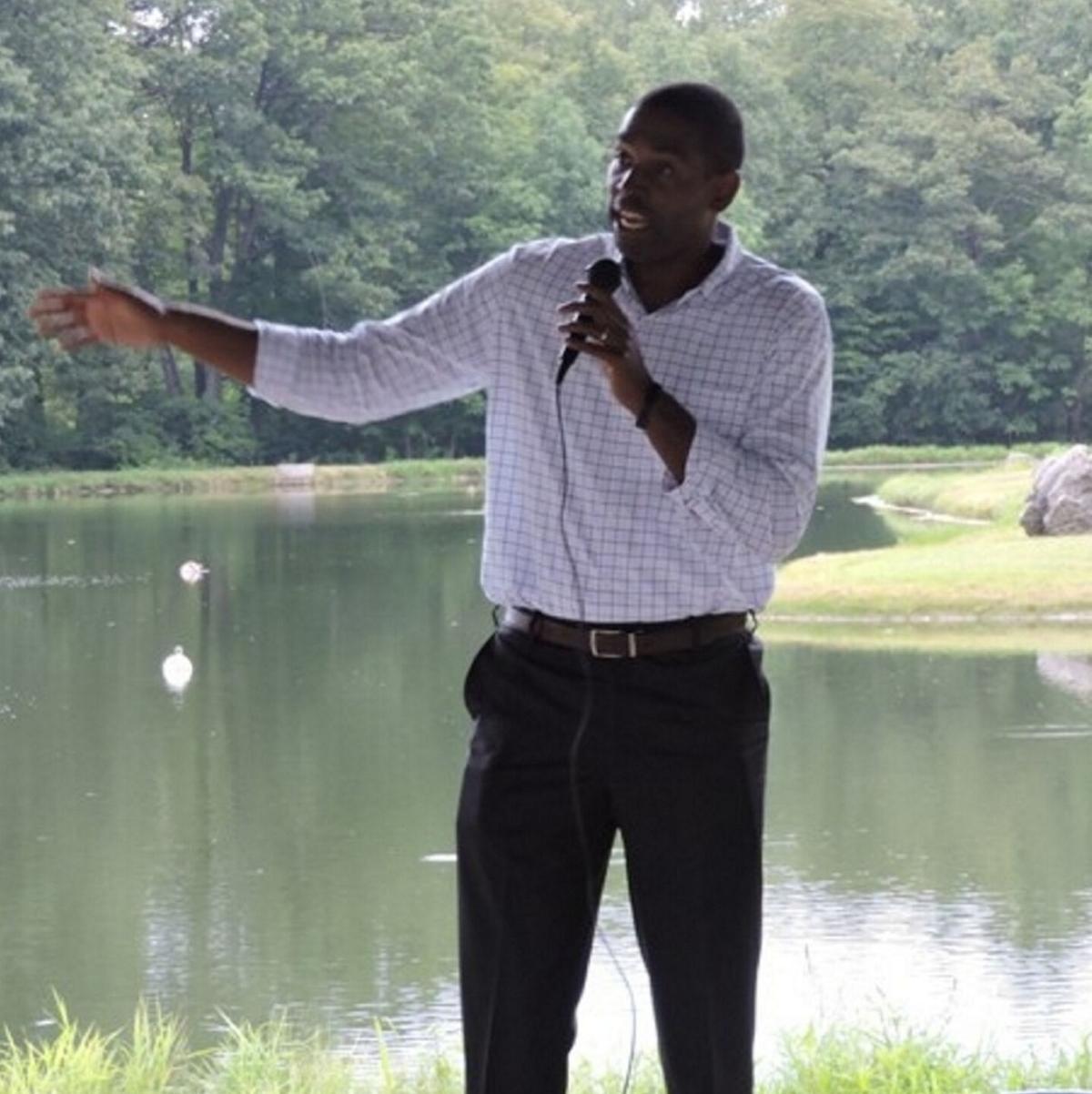 Dutchess County Executive Marc Molinaro, who is seeking the Republican nomination to run for the U.S. 19th District seat against Democratic incumbent Antonio Delgado, D-19, next November, speaks Monday in the Legislative Office Building in Albany during a press conference with the state Association of Counties. Kate Lisa/Johnson Newspaper Corp.

ALBANY — Candidates for New York’s 19th District seat are gearing up financially for the election.

Delgado’s campaign announced he had more than $5 million cash-on-hand Monday. According to his campaign’s announcement Delgado will be among the top fundraisers in the House despite not taking corporate PAC funds.

“Congressman Delgado has passed 12 bills into law, held 63 town halls, secured FEMA funding in the wake of Hurricane Ida, and delivered over $400 million in direct support for our counties, towns, and villages,” Delgado for Congress Campaign Manager Christian Perkins said in a statement. “We are incredibly grateful for all the community support for our campaign.”

The Marc Molinaro for Congress campaign raised over $350,000 in the Republican hopeful's first 10 days on the trail, said Connor Smith, a spokesman with Molinaro's campaign.

“It’s no surprise that Congressman Delgado has taken millions of dollars from Washington lobbyists and special interest groups," Smith said in a statement. "However, it’s the voters of NY-19 that count. In Marc’s first 10 days on the campaign trail, he has raised over $350,000. We’re confident he will have the resources to defeat Congressman Delgado next November."

Molinaro spoke at an unrelated press conference with the state Association of Counties in the Legislative Office Building in Albany on Monday.

Molinaro declined to reveal Monday how much his campaign has amassed in the two weeks since his official kickoff Sept. 21 before the Oct. 15 filing deadline. He said it would be released soon enough.

“I’m humbled by the amount of support, and how quickly that has begun to materialize, but we’ll, ahead of other public disclosure, provide some indication as to what we’re able to raise in 10 days,” Molinaro said.

Molinaro cannot use leftover donations acquired during previous county or state elections for a federal contest.

The FEC requires all registered candidate committees to disclose the money they raise and spend. These receipts and disbursements are reported quarterly. The next upcoming quarterly report will include campaign finance information from June 30 to Sept. 30 and is required to be filed with the FEC by Oct. 15.

A spokesman from the FEC said because Molinaro had only recently announced his candidacy, there has been no processed data for the current period for his campaign and that after the next filing deadline in mid-October there will be more updated financial information on both candidates.

The most important takeaway here isn’t campaign donations. It’s the fact that Molinaro is tossing his battered hat into yet another campaign for a different office as he shops for another path to further his career. When Delgado wins based on his energetic work on behalf of the District will Molinaro come back and run for AG, for example. His ambition is on display rather than his commitment to the District’s citizens.