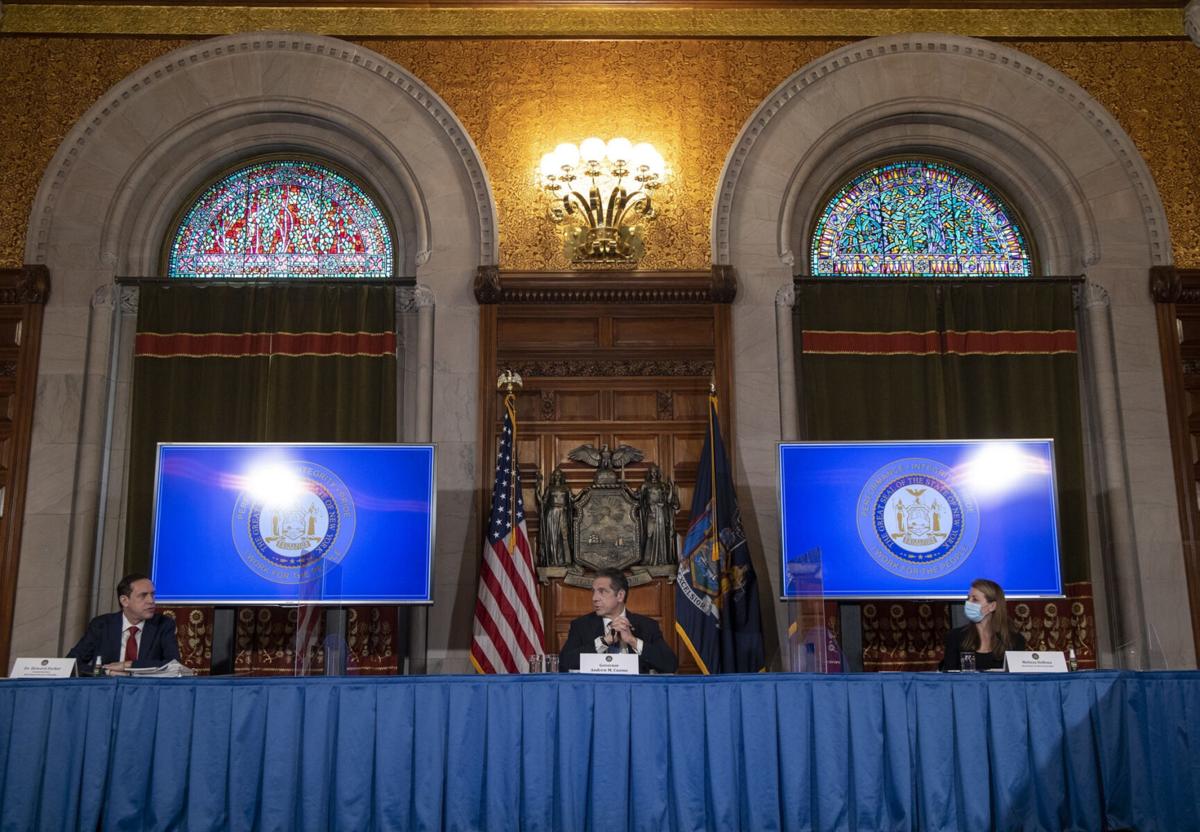 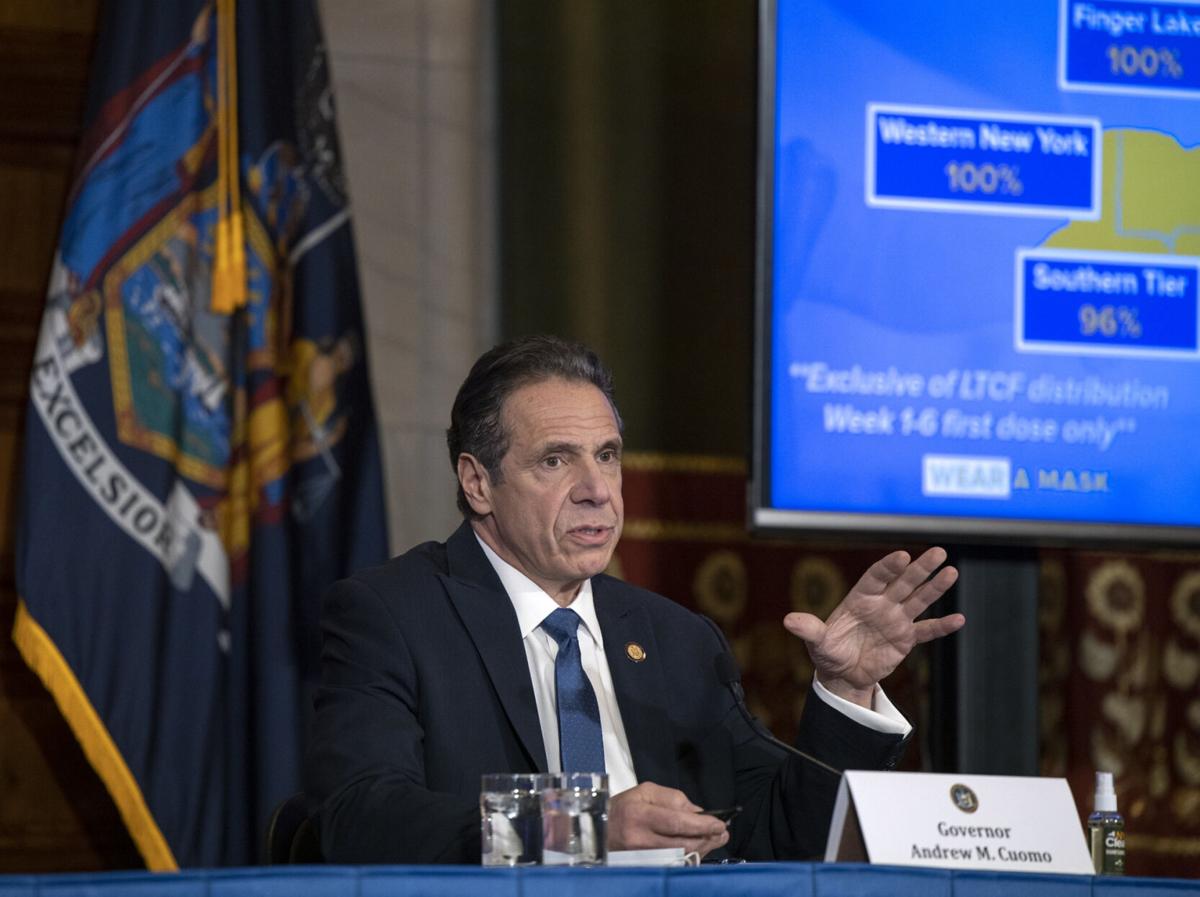 ALBANY — State Health Department Commissioner Dr. Howard Zucker, Gov. Andrew Cuomo and his top aides brushed aside a report Friday from the state Attorney General’s office that revealed the Health Department did not publish up to half the state’s total number of COVID-19 fatalities in nursing homes.

The state Health Department reported 8,951 nursing home fatalities on its website as of Thursday morning. The 12,743 confirmed and presumed deaths reflect a 42.36% increase in the state’s total COVID-19 deaths in nursing homes.

“...We wanted to make sure those numbers are accurate.”

Zucker released the total number, including presumed deaths, for the first time late Thursday afternoon in response to state Attorney General Letitia James’s office’s report that the department undercounted the total adult-care fatalities by up to 55%.

James asked 62 of the state’s 613 nursing home and adult-care facilities for information about COVID-19 deaths of on-site residents, or residents taken to hospitals, from the week of March 1 through when each facility responded to her request.

The 62 facilities reported 1,914 total COVID-19 deaths to the attorney general’s office, including residents who died from virus complications off-site in a hospital, compared to 1,229 deaths published by the Health Department — a discrepancy of 685 additional deaths showing the department underreported the fatalities by about 55%, according to James’s office.

Gov. Andrew Cuomo delivered his regularly scheduled coronavirus briefing — held remotely at 11:30 a.m. Mondays, Wednesdays and Fridays — in the state Capitol on Friday without mentioning the report or the number of New York’s COVID-19 deaths in nursing homes.

Officials did not mention or discuss the report until reporters, who participate in the governor’s briefings on a Zoom call, asked about the controversial nursing home tally during a question-and-answer session.

“The report affirmed everything the commissioner said,” Cuomo said Friday. “Where this starts is, frankly, a political attack.

Government guidance requiring the admission of COVID-19 patients into nursing homes may have put residents at increased risk of harm in some facilities and may have obscured the data available to assess that risk, according to James’s report.

James’s findings are in reference to a controversial March 25, 2020, Health Department memo, which mandated long-term care facilities and nursing homes cannot discriminate against residents by not readmitting people who test positive for the novel coronavirus.

Cuomo and his top aides have argued for months the state Health Department order followed federal guidance by the Centers for Disease Control & Prevention and Centers for Medicare & Medicaid Services at the time.

Nursing home facilities were required to tell the Health Department they could not follow the state’s COVID-19 protocols or provide care for a virus-positive patient, citing insufficient Personal Protective Equipment, testing supplies or infrastructure to keep residents safely distanced from each other.

“The commissioner said no nursing home was forced to take anyone,” Cuomo said. “This report confirms that. If they [nursing homes] took a person who they could not care for a COVID-positive person, they violated the law. The report says that.”

The state’s total nursing home deaths have been embroiled in controversy since last summer when Zucker first declined to provide the figure, or an estimation, to state senators and assemblymembers. The commissioner refused to answer lawmakers’ questions, or gave vague responses, at a bicameral hearing in August about the state’s protocol to separately tally the number of coronavirus-positive nursing home patients who died off-site in hospitals.

Zucker has promised to release the frequently changing fatality numbers at a later date, or after the pandemic ends.

“We’ve always been transparent on the number of nursing home deaths within the facilities,” Zucker said. “We’ve always said the in-facility deaths. We’ve also said there have been hospital deaths. We said we would get the Legislature the number. We were working on that for the budget hearing, which is coming up next month. When I saw the attorney general report, we decided we needed to get that out quickly and get those numbers out in real time.”

Cuomo said the March 25 memo based on federal guidance was based on facts officials had at the time.

Pain from COVID-19 deaths will continue as the pandemic continues, Cuomo said.

“Why COVID? Why did God do this? I don’t know,” he said. “It was cruel and it was terrible and it still is. Everyone should know when I do the death numbers, it’s not because everyone didn’t do everything they could to prevent it.”

The governor recalled the pain from when his father, former Gov. Mario Cuomo, died in 2015.

“I wish I had someone to blame,” he said. “It would have made me feel better, maybe. But they’re in my thoughts and prayers.”

For the complete version of this story, visit HudsonValley360.com.