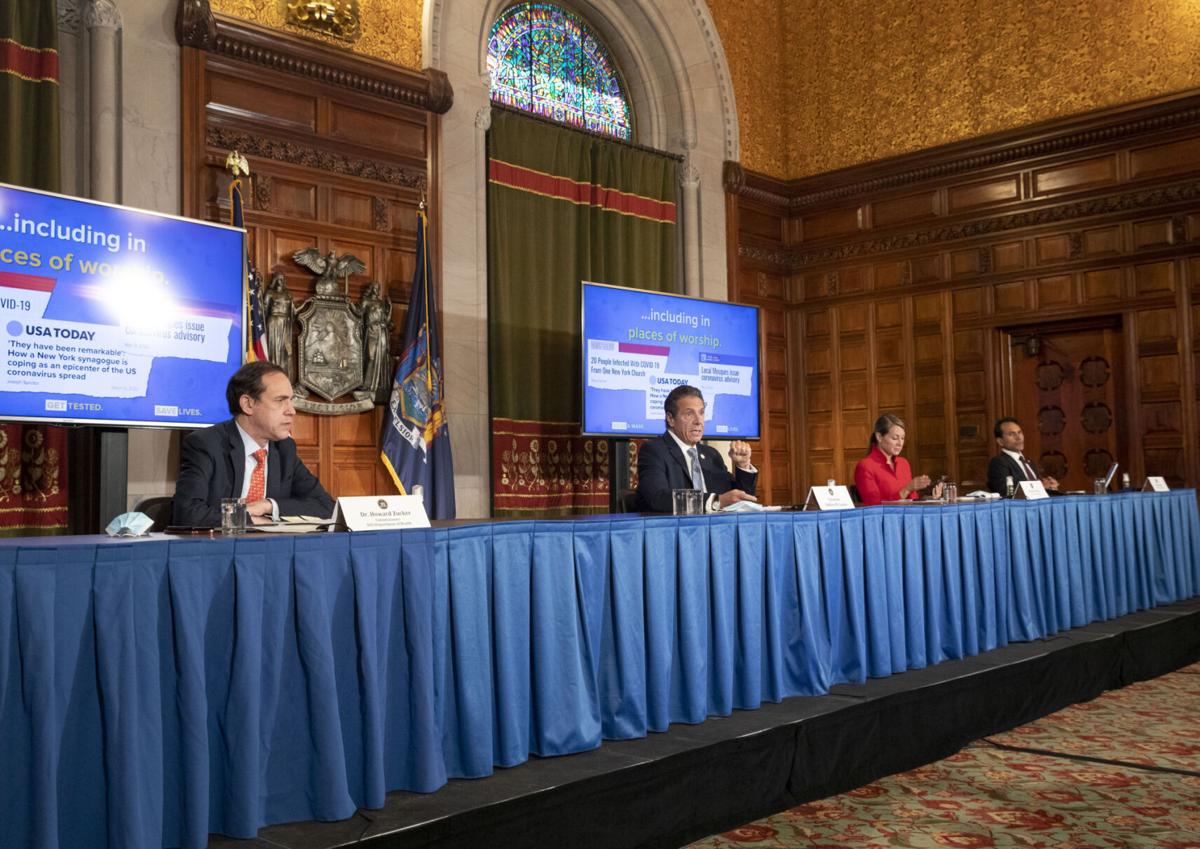 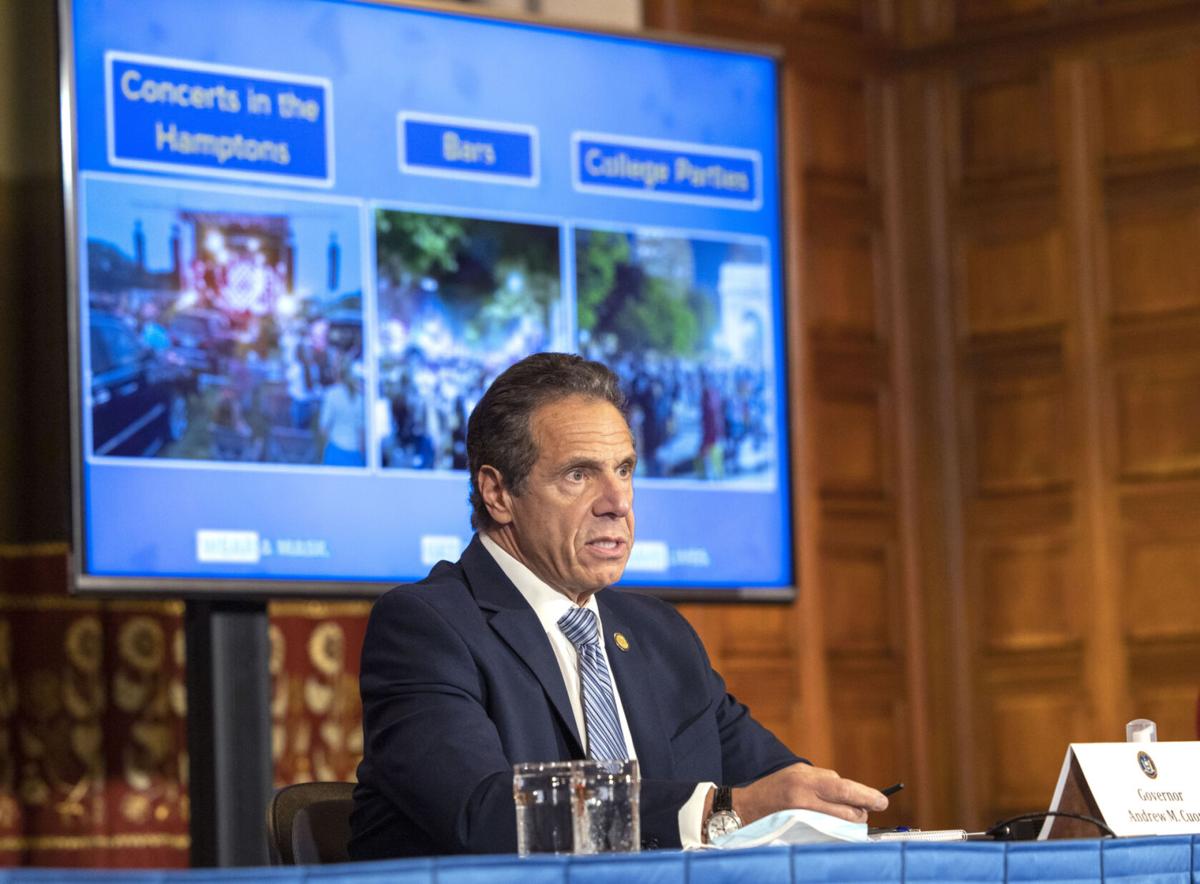 Gov. Andrew Cuomo at a press briefing in the Red Room at the State Capitol on Tuesday. Mike Groll/Office of Governor Andrew M. Cuomo

Gov. Andrew Cuomo at a press briefing in the Red Room at the State Capitol on Tuesday. Mike Groll/Office of Governor Andrew M. Cuomo

Protests against the stricter regulations turned violent Tuesday night in parts of southern Brooklyn, home to many of New York City’s Orthodox Jewish communities, where infection rates are spiking.

The overall statewide infection rate is 1.05%, but hot spot areas have a 5.1% infection rate, Cuomo said during a media telephone call Wednesday.

“The infection rate in the hot spots is five times what it is statewide,” Cuomo said.

Cuomo announced stricter rules on social distancing, maximum capacity and mass gatherings in hot-spot areas, and within one mile of the hot spot ZIP codes mass gatherings are prohibited and nonessential businesses are closed, with schools closing down and reverting to remote learning and take-out-only allowed in restaurants.

Houses of worship in these zones are limited to 10 people maximum or 25% capacity.

The tighter COVID rules are in place for a 14-day period and will be lifted if the infection rate gets under control, Cuomo said Wednesday.

The rising infection rates in those areas led to the heightened attention.

Religious groups in Brooklyn have taken to the streets to oppose their neighborhoods being targeted by the stricter regulations, but Cuomo said it is no surprise, and there have been protests at the Capitol since the beginning of the outbreak.

“Some people are unhappy. I understand it — these limitations are better than going back to close down, which is what happens when the infection increases. That is what we have seen in states all across the nation,” Cuomo said.

If those communities followed the state’s COVID regulations from the start, they would not be seeing a spike, Cuomo said.

Controlling the spread in hot spots is vital to keeping the infection rate under control statewide, the governor said.

“The spread is inevitable if we do not control the hot spots,” Cuomo said. “There are facts, even if they are unpleasant, and we know because we have lived it and every expert will tell you and our experience shows it — if you do not control the infection rate, it will spread.”

Eight New Yorkers died from the virus Tuesday, with 748 hospitalized, an increase of 43 from the day before, 176 in intensive care units and 72 people intubated.

Cuomo responded to President Donald Trump’s initial decision to put a stop to negotiations for federal stimulus relief for COVID-19 until after Election Day, urging the president to find a path forward.

Trump on Wednesday morning reversed course and told Congress to be quick about getting stimulus legislation together because he is ready to sign it.

“Every economic expert will tell you — if you starve the state and local governments, you will hurt the overall national economy,” Cuomo said. “This is no time to get petulant. ‘I won’t talk about it’ — that is your job, that is your oath.”

If federal aid is not awarded to states, the consequences could be dire, Cuomo said. He predicted a $50 billion shortfall for the state and local governments over the next two years.

The governor laid the blame on the federal government for not responding to the COVID-19 crisis in a sufficient manner.

“My position is, the state is not liable for this deficit. It was caused by the federal government’s negligence,” Cuomo said, adding that he will wait to see what happens in the election Nov. 3 before taking any action on the budget deficit.