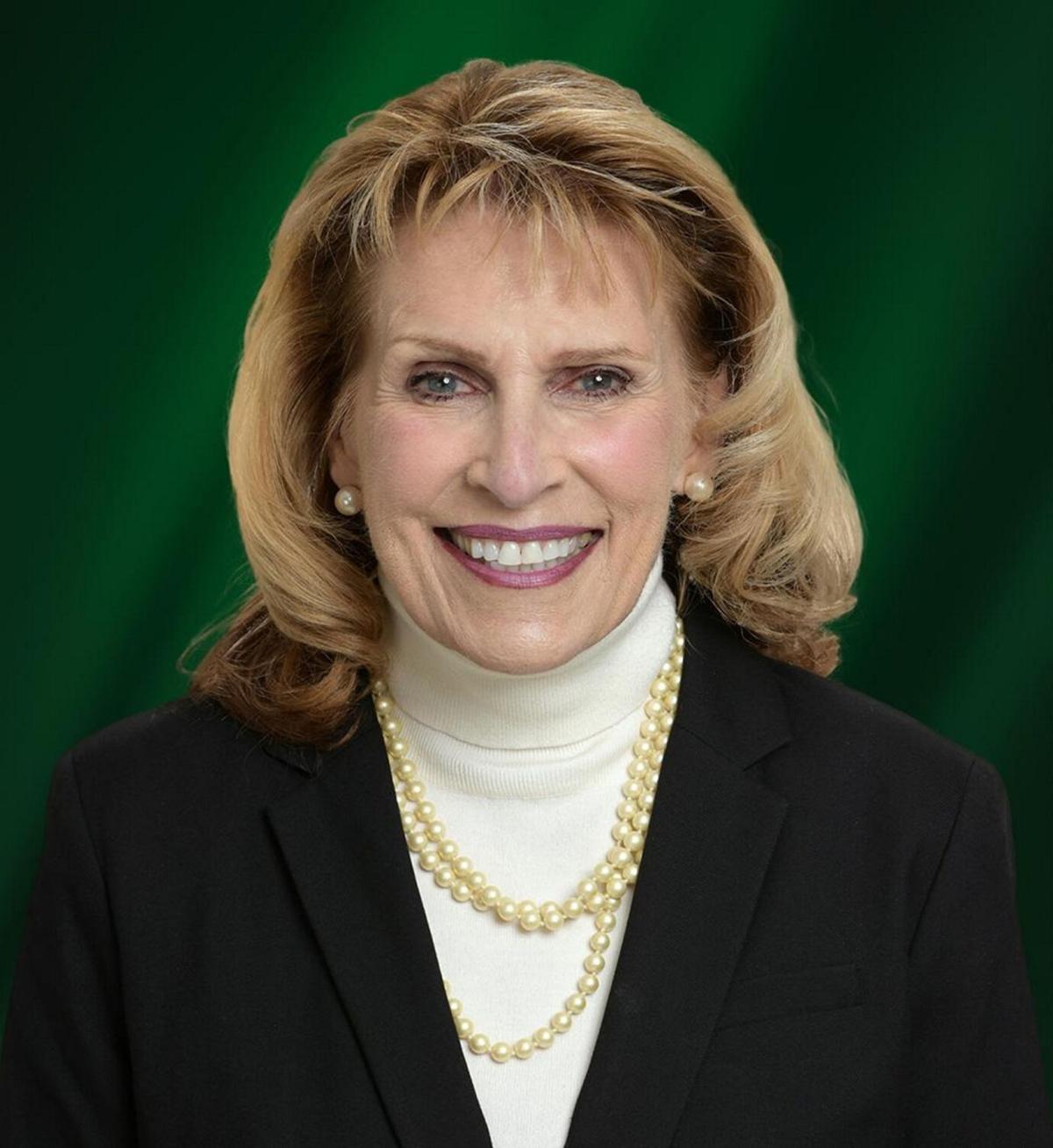 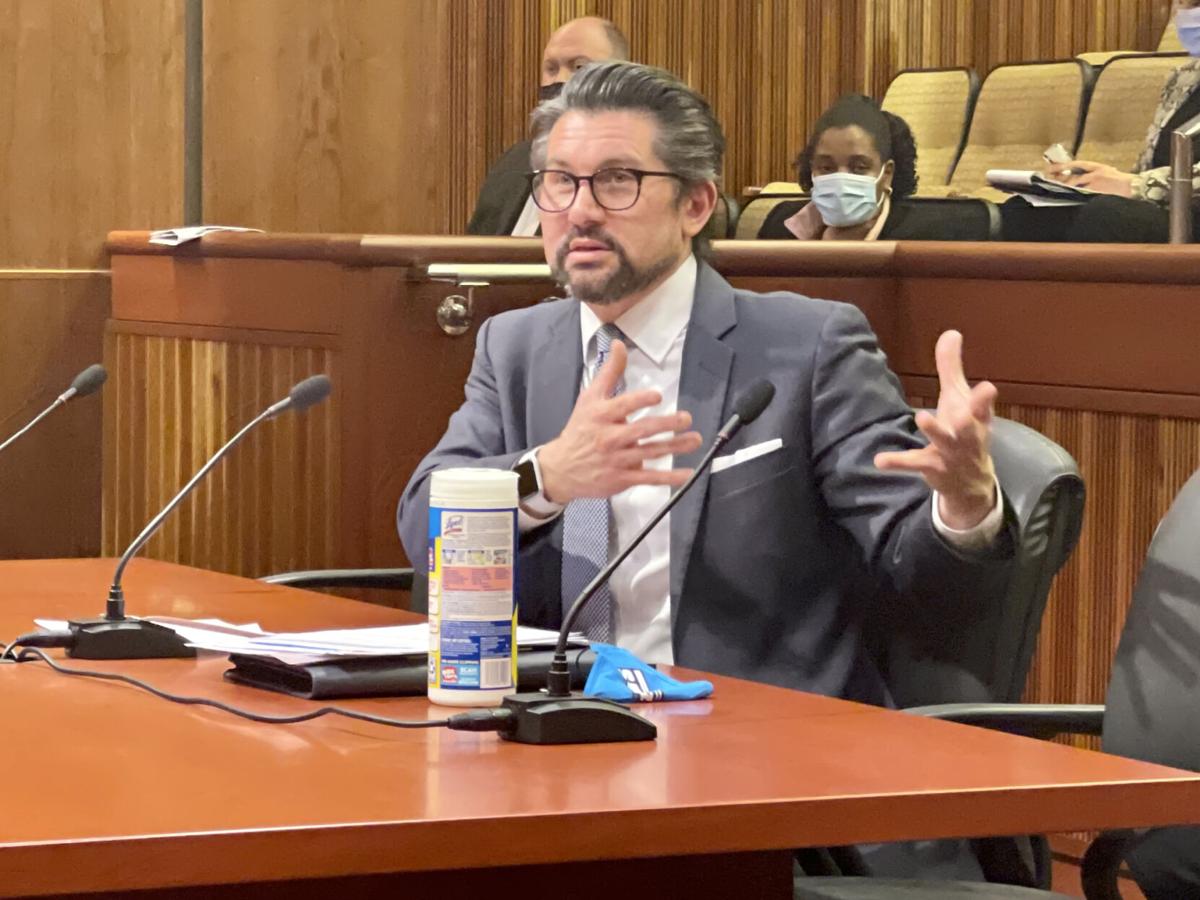 ALBANY — State University of New York at Oswego President Deborah F. Stanley will serve as SUNY’s interim chancellor as the Board of Trustees searches for a permanent replacement for outgoing Chancellor Jim Malatras, who resigned amid controversy earlier this month.

The State University of New York Board of Trustees unanimously voted to appoint Stanley as interim chancellor following an expedited early-morning meeting Monday. She will take the helm starting Jan. 15.

“This is an absolutely wonderful opportunity,” Stanley said to the board of trustees Monday morning. “...I have always felt I got the brass ring — I got to work in an environment that fed my soul as well as my intellect and gave me great pride in what I did and the people around me. It has always been part of me to be part of SUNY.

“When I see SUNY now asking for my participation in getting back on track and moving toward a permanent chancellor and perhaps addressing some of the challenges that are present at this moment, I am happy to put aside some personal plans and dedicate myself to that endeavor, because it is so worthy.”

In May, Stanley announced she would retire as campus president effective Dec. 31. She was appointed as president in 1997, and previously taught at the School of Business and served as the campus vice president for academic affairs and provost.

Stanley will step down after serving as the Oswego campus’ 10th president for 25 years, netting an annual salary of $299,000.

The board convened in executive session to discuss her appointment for nearly 40 minutes.

Tisch described Stanley as bold, moral and has successfully led students and the Oswego campus with pride.

“SUNY has a long and rich history of providing students the opportunity and access to the highest quality education at our premier colleges and research institutions, and President Stanley is the right educator at the right time to lead this prestigious university system,” Tisch said. “With President Stanley’s decades of leadership, commitment to academic excellence and her unwavering support for students, she is well-positioned to serve our 64 campuses with a proven record of accomplishments, integrity and intellect. On behalf of a thankful and proud Board of Trustees, we welcome Deborah as our new interim chancellor for the State University of New York and look forward to working alongside her to build on the greatness of this world-renowned institution.”

The SUNY Board of Trustees will launch a global search in January to find a permanent SUNY chancellor, and plan to work with an executive search firm to identify, recruit and encourage potential candidates, review the qualifications of applicants and verify the credentials of all finalists, according to a statement Monday.

The board did not provide an expected timeline for replacing Malatras, who resigned Dec. 9 after text messages released last week showed he mocked Lindsey Boylan — the first woman to publicly accuse former Gov. Andrew Cuomo of sexual harassment and misconduct on Twitter last December.

Malatras, who once served as Cuomo’s state operations director, was chosen for the $450,000 SUNY chancellor job in 2020 by the university system’s board — consisting mostly of Cuomo appointees.

SUNY Oswego is expected to announce an officer-in-charge Tuesday while the campus Presidential Search Committee conducts a national search for its next president.

“In her 26 years as president and 44 years with SUNY Oswego, President Stanley has transformed the SUNY Oswego campus,” college spokesman Wayne Westervelt said in a statement Monday. “She has expanded the curriculum, led a nearly $1 billion campus renewal of the physical plant, created a culture of philanthropy and alumni engagement, and enriched the lives of our students regardless of their background or their socioeconomic status. She leaves Oswego as a strong, diverse, inclusive and representative institution on sound financial footing with a growing endowment for future generations of students and a blueprint for the future. The SUNY Oswego community is forever grateful and so proud of her most recent appointment as SUNY’s interim chancellor.”

Westervelt touted Stanley as a true leader and educator with integrity who puts students first.

“She takes pride in lifting others up, helping grow the next generation of leaders, and revels in nourishing a sense of community in all that she does,” he continued. “She is the right person at the right time to lead the State University of New York forward.”

SUNY Trustees Stanley Litow, Robert Duffy and Eunice Lewin said the board is fortunate to work with Stanley and they are confident she will effectively lead as interim chancellor.

“We are standing 100% behind you, President Stanley,” Litow said.

Stanley vowed she and the board will work together.

“I have never seen myself as a sole operator,” she told trustees. “I work great in a group with lots of people who are committed to activity and I certainly love being in that environment. It’s intellectually stimulating. ...I do default to action and you will see some action along the way.”

As interim chancellor, Stanley will be authorized and to exercise all powers of the office of the chancellor effective upon appointment until concluded by the Board of Trustees.

As Oswego’s president, she established its Presidential Scholarship and Possibility Scholarship programs.

SUNY’s Board of Trustees is next scheduled to meet Jan. 25 and 26 — the board’s first scheduled meetings in 2022.

SUNY, with 64 colleges and universities, is the largest comprehensive system of higher education in the U.S. SUNY serves about 1.3 million students in credit-bearing courses and programs and oversees about a quarter of the state’s academic research.