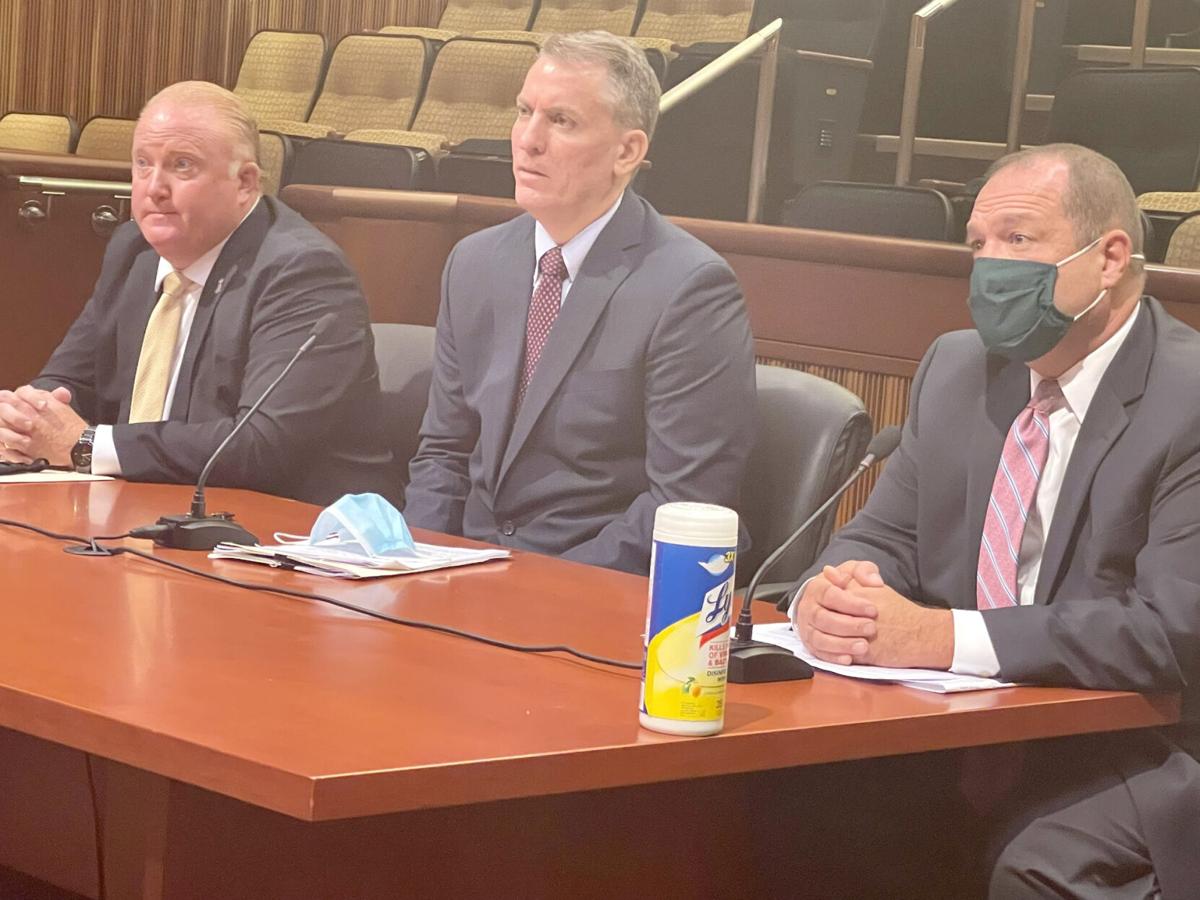 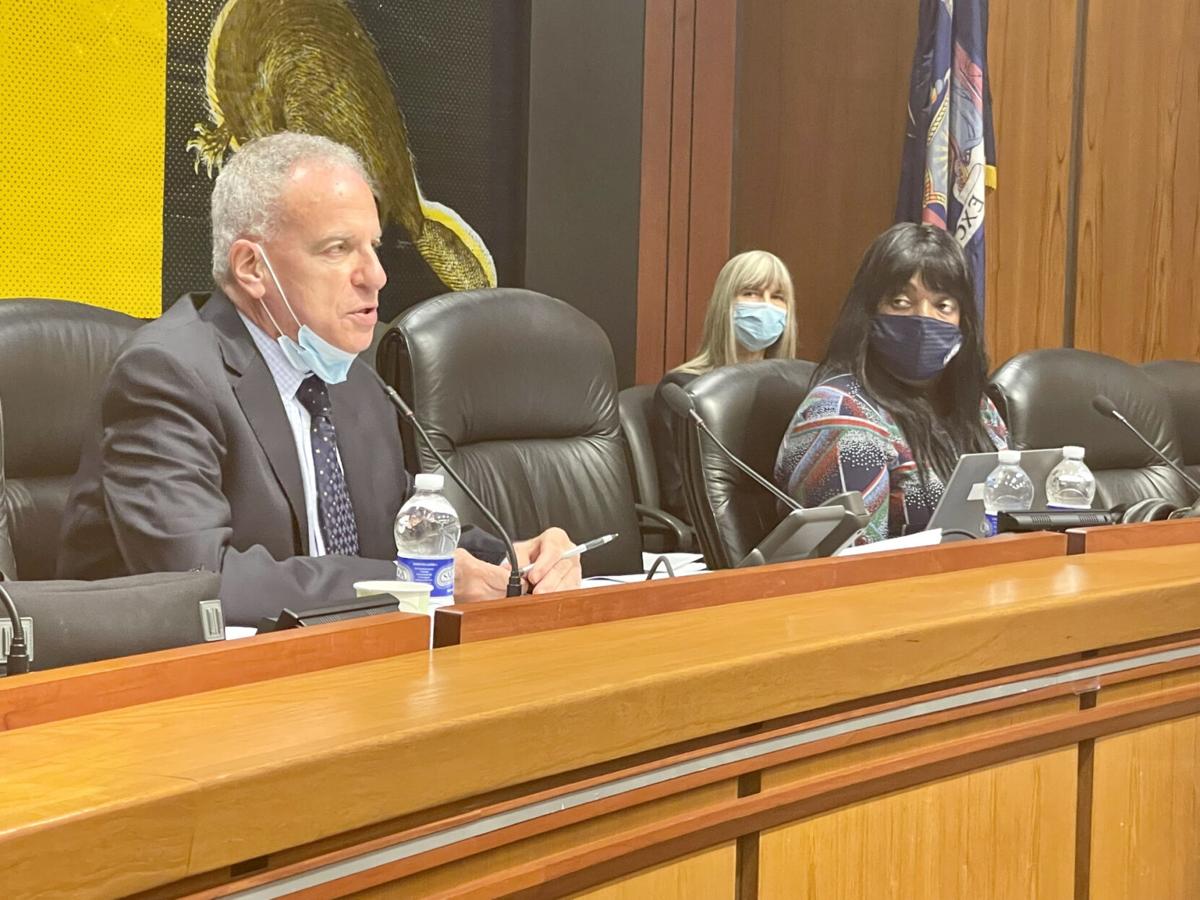 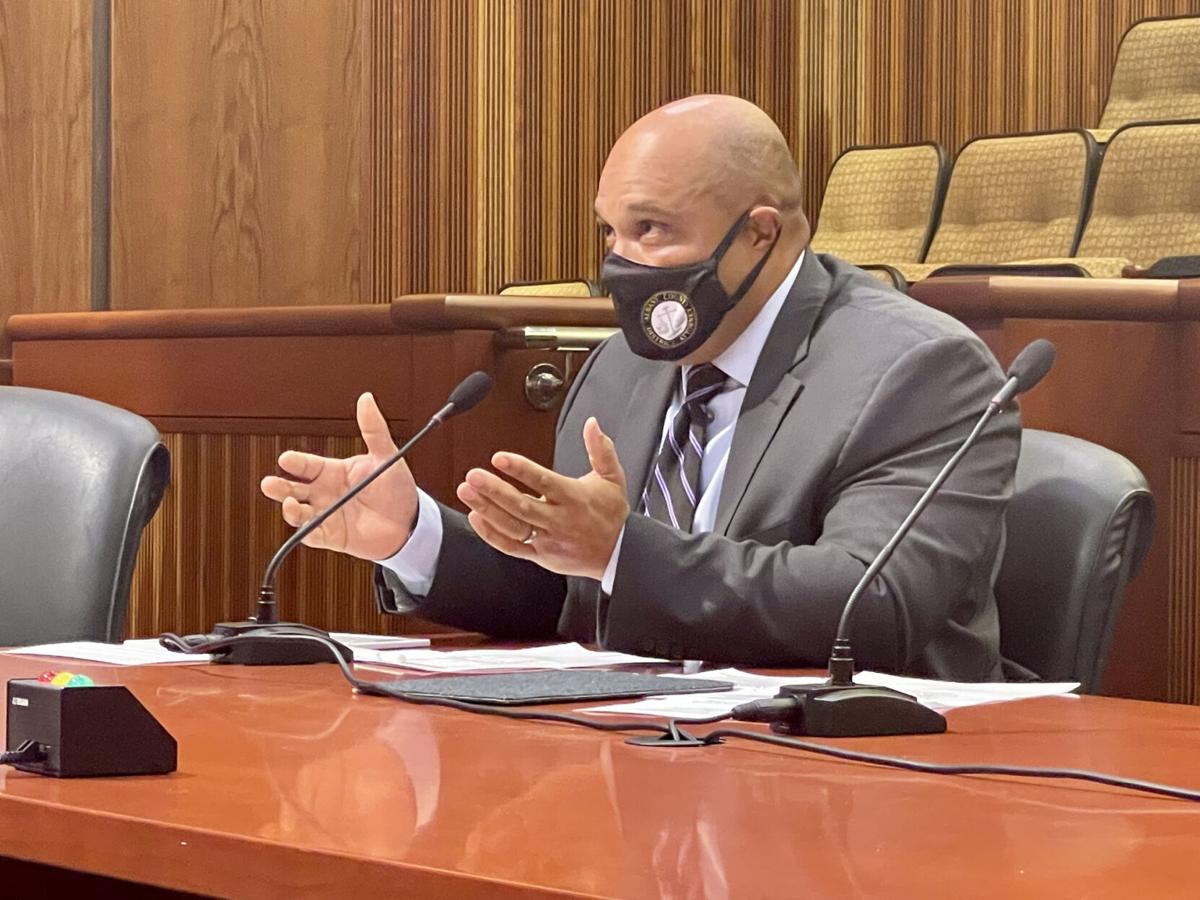 Albany County District Attorney David Soares speaks about issues within of the court’s interpretation of the state’s bail laws, especially in upstate communities, during an Assembly hearing on gun safety proposals and the state’s firearm ammunition sales database in Albany on Thursday. Kate Lisa/Johnson Newspaper Corp.

Albany County District Attorney David Soares speaks about issues within of the court’s interpretation of the state’s bail laws, especially in upstate communities, during an Assembly hearing on gun safety proposals and the state’s firearm ammunition sales database in Albany on Thursday. Kate Lisa/Johnson Newspaper Corp.

ALBANY — Law enforcement leaders and state litigators challenged lawmakers Thursday about the state’s bail and discovery laws during an Assembly hearing about gun violence and a stalled ammunition sales database legislated in 2013.

The Assembly Codes Committee held a public hearing on the status of the state’s firearm ammunition sales database and to seek input from stakeholders on proposed legislation to address the illegal import or possession of guns in New York.

“Last year, 88% of those arrested were back out on the street within hours, or sometimes days of arrest,” Shea said. “This year, that number stands at 82%. ... What we’re seeing is an increase of people that are committing shootings that have open bail arrests or people that are committing shootings, getting out on bail or no bail on unrelated charges — all of those percentages on rising to an alarming level.

“...The only way to correct this issue is to amend the law to permit judges to consider the level of danger an arrestee poses to the public.”

Violent crimes have risen in urban areas across the nation since 2020, and in U.S. states that did not make recent changes to their cash bail system, replied Assembly Codes Chair Jeffrey Dinowitz, D-Bronx.

“I don’t think the answers are simple,” he said, “but I’m not sure you can directly connect all these changes to what’s happening in New York.”

The law enforcement panel expressed support to create a database to record statewide ammunition sales, and noted 25-year highs in the number of firearms seized since the beginning of the COVID-19 pandemic in March 2020.

Officials have attributed the rising crime to the poverty, food insecurity and other difficulties plaguing communities since the onslaught of the COVID-19 pandemic 19 months ago. It could take years to fully know and understand the factors at play.

Crime is up exponentially year over year, and in the last two years, but remains significantly lower than overall rates of armed burglaries, shootings and homicides in the 80s and 90s.

“What we needed were rational discovery forms that would give defendants adequate and timely access to relevant evidence to allow for a more educated plea bargain, but at the same time, protecting witnesses and victims from dangerous criminals,” Phelan said.

Shea requested the Legislature eliminate cash bail, but allow a judge to decide to hold a defendant with conditions based on their public threat level.

“I certainly cannot speak to the ecology of New York City the criminal justice ecology — that’s a different world, but it’s certainly not a tool that is used by our judges, by defense practitioners or prosecutors in upstate New York,” Soares said. “I hear your words and I feel the concerns that you are talking about, but I think we have to find some balance.”

Soares cited an example of a mass shooting that took place at a private club in Albany last weekend that killed one Afghan war veteran, injured six others. Ten people were arrested on weapons possession charges in connection to the shooting this week.

“What is happening right now is we have young people who have never committed crimes ... and now we are making arrests for criminal possession of weapons because they feel the need to protect themselves,” Soares said. “And it’s less of a risk of them getting apprehended by us than being caught empty handed on the street.”

Lawmakers will continue to discuss the bail reform issue, but will push for the creation of the ammunition database and other proposals to combat gun violence.

Some officials have credited the years-long delay in creating the database to a private agreement between former Gov. Andrew Cuomo’s administration and Senate Republicans who were in control of the upper house after the law passed in 2013.

Dinowitz plans to push the issue with Gov. Kathy Hochul’s office. He had not discussed the database with the governor as of Thursday’s hearing.

“Some bureaucrats don’t like to be questioned,” Dinowitz said after the hearing. “They have an obligation to, in my opinion, to the Legislature when they’re asked to. I know that our new governor is certainly very committed to openness and transparency. Maybe they didn’t get the memo. They need to reconsider that and frankly if they don’t, that would be a real, a real slap in the face to the people of New York.”