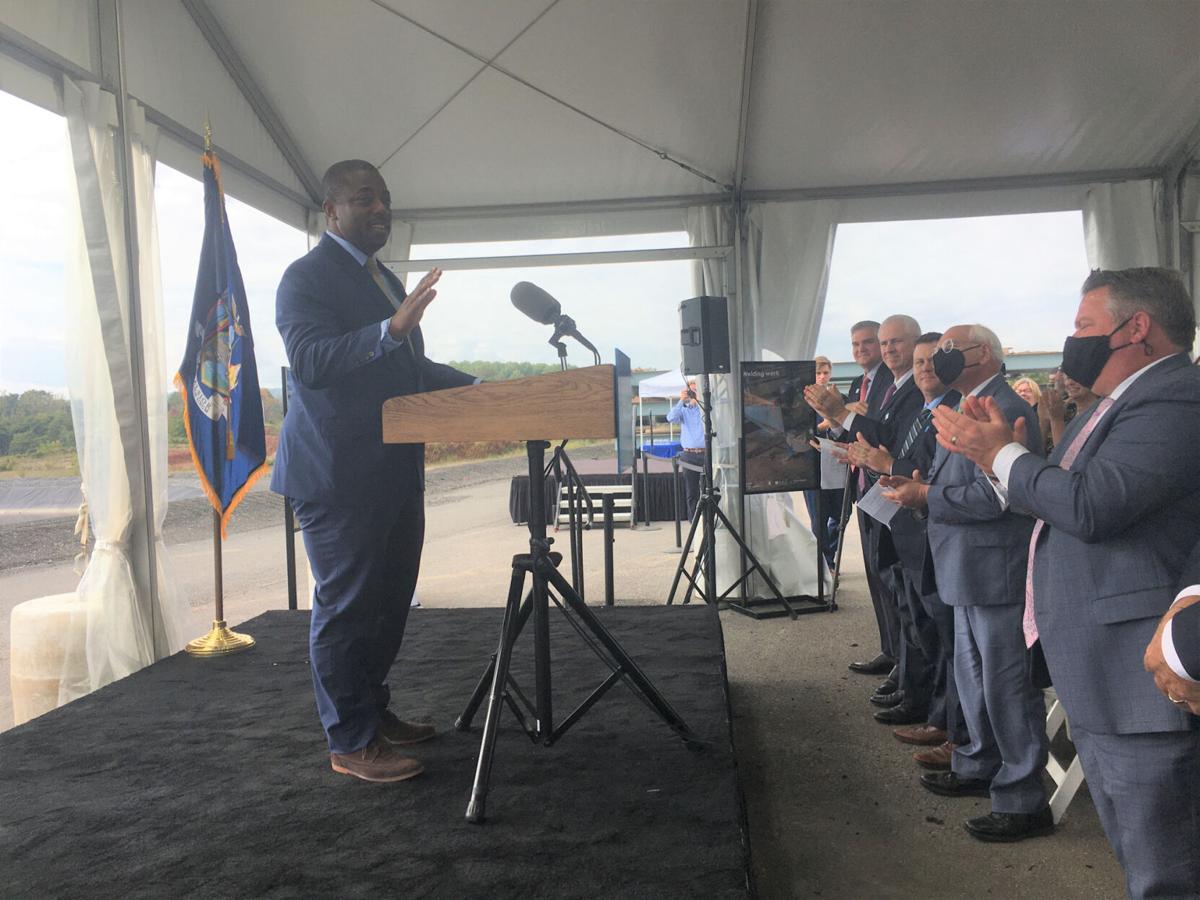 Lt. Gov. Brian Benjamin announces an $86 million contract that will bring green energy and about 230 jobs to the state. Melanie Lekocevic/Columbia-Greene Media 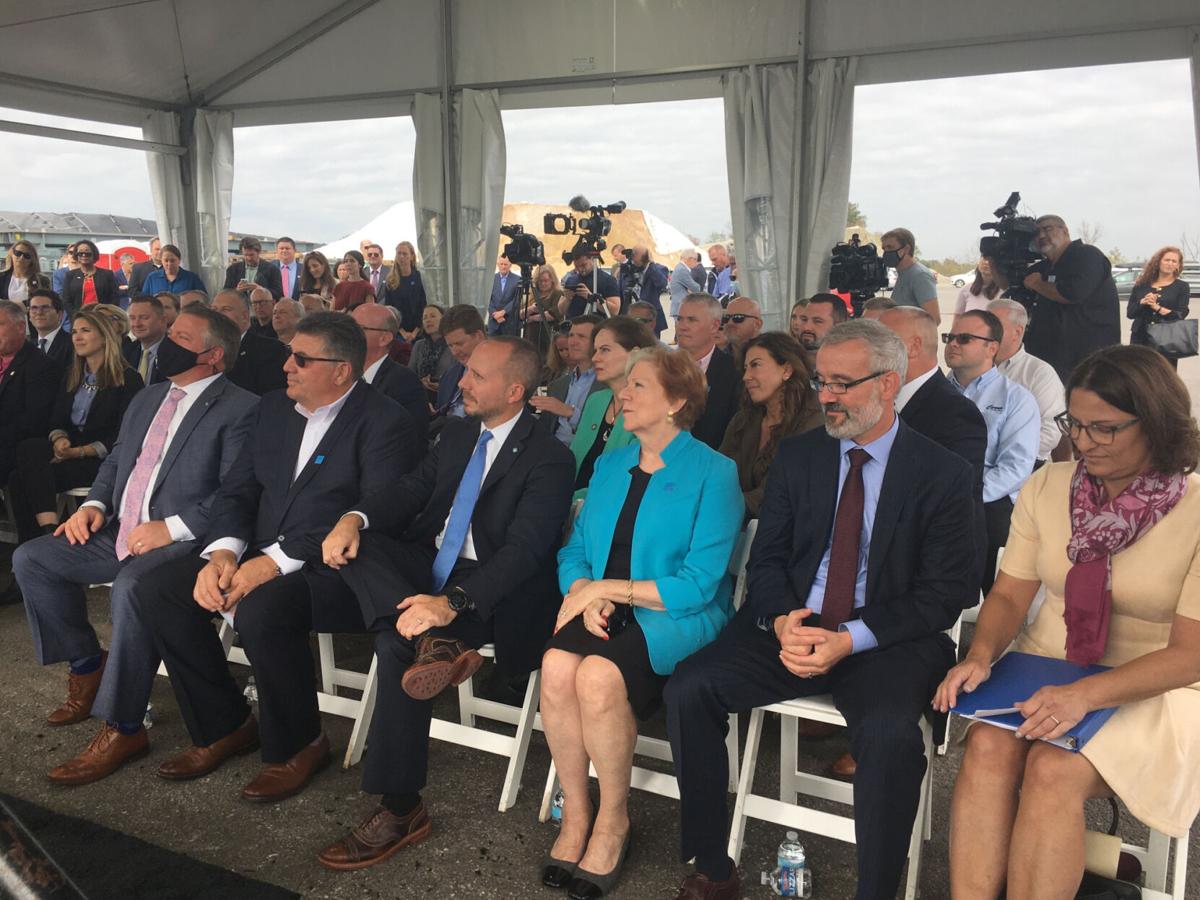 Dozens of elected officials and business leaders attended a ceremony at the Port of Coeymans on Friday to announce a major contract for the state’s Sunrise Wind offshore wind project. Melanie Lekocevic/Columbia-Greene Media

Lt. Gov. Brian Benjamin announces an $86 million contract that will bring green energy and about 230 jobs to the state. Melanie Lekocevic/Columbia-Greene Media

Dozens of elected officials and business leaders attended a ceremony at the Port of Coeymans on Friday to announce a major contract for the state’s Sunrise Wind offshore wind project. Melanie Lekocevic/Columbia-Greene Media

Orsted Offshore North America and Eversource Energy, companies that are the joint development partners in the state’s wind project, signed the contract with Riggs Distler & Company to build advanced foundation components for wind turbines at the Port of Coeymans in Albany County.

The state project is expected to create 230 manufacturing and construction jobs in the Capital Region and Western New York, with about 115 jobs coming to the local area.

“The development of the U.S. offshore wind industry is a once-in-a-generation opportunity that is providing significant economic and environmental benefits to communities across the state,” Benjamin said. “In seizing this moment, we are creating a new workforce of skilled labor, which will be able to compete globally and attract new supply chain businesses to support the offshore wind industry and in turn drive New York’s green economy.”

Jobs created in the area will hire 115 skilled trades workers including electricians, carpenters, concrete masons, operating engineers, ironworkers and laborers at the Port of Coeymans.

The jobs will be covered by a project labor agreement with the local union.

At least 100 additional jobs will be created at Ljungstrom LLC, in Allegany County in Western New York, where steel components for the turbines will be manufactured and delivered to the Port of Coeymans.

Offshore wind projects are a significant component of the state’s overall plan to generate clean, sustainable energy in the years to come.

“Offshore wind is poised to become a major source of affordable, renewable power here in New York state and as a national leader in clean energy policy, the Empire State is emerging as the hub for the United States’ growing offshore energy industry,” Doreen Harris, president and CEO of the New York State Energy Research and Development Authority told the crowd gathered under a tent at the Port of Coeymans on Friday.

The state has five offshore wind projects in active development, and has the goal of generating 9,000 megawatts of energy by 2035, Benjamin said.

“We are over 10% there just by what we are announcing here today,” the lieutenant governor said. “New York state is on the move.”

“We have a hotter planet because of carbon emissions and this is something we must deal with and address it collectively — the public sector, the private sector, labor, community groups — and that is what we are doing here today,” he said.

“In addition to powering more than 2.5 million homes once completed, together these projects will deliver thousands of jobs and stimulate over $12 billion in local economic development and infrastructure investments, just like we are seeing today,” she said.

“We’re building a domestic supply chain and establishing a long-lasting industry that will be key to achieving the nation’s green energy and economic goals,” Hardy said.

The wind turbine components built at the Port of Coeymans will be shipped down the Hudson River to the Sunrise Wind offshore wind farm site, about 30 miles east of Montauk Point in Long Island.