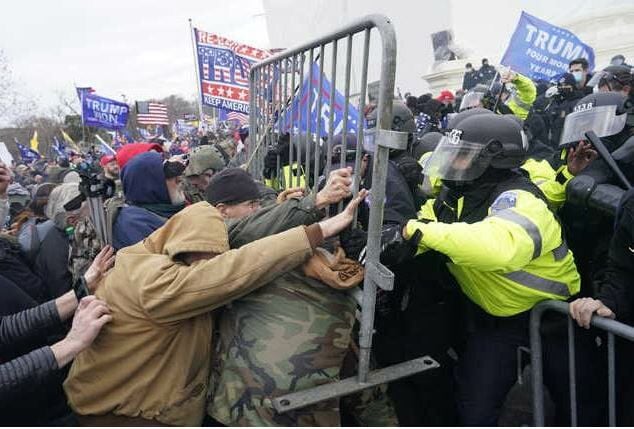 Protesters gather on the second day of pro-Trump events fueled by President Donald Trump’s continued claims of election fraud in an effort to overturn the results before Congress finalizes them in a joint session of the 117th Congress on Wednesday, Jan. 6, 2021, in Washington, D.C. Kent Nishimura/Los Angeles Times/TNS 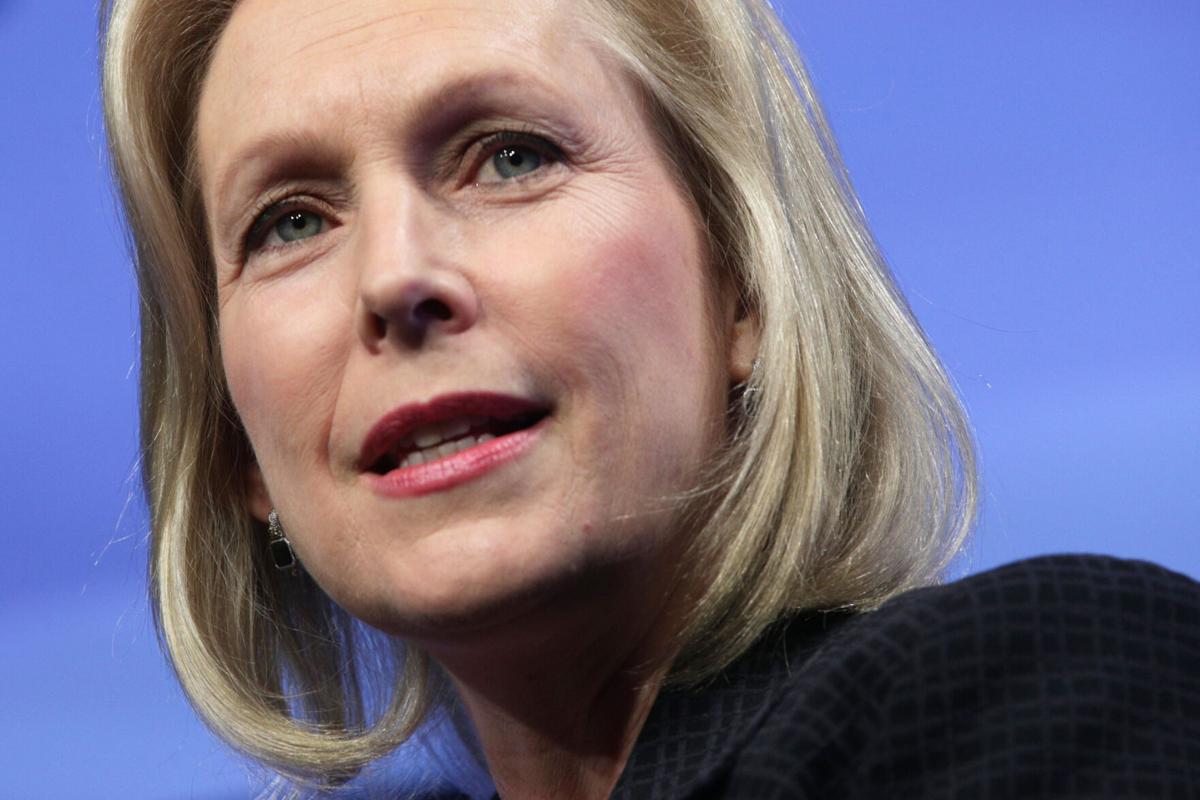 Protesters gather on the second day of pro-Trump events fueled by President Donald Trump’s continued claims of election fraud in an effort to overturn the results before Congress finalizes them in a joint session of the 117th Congress on Wednesday, Jan. 6, 2021, in Washington, D.C. Kent Nishimura/Los Angeles Times/TNS

WASHINGTON — U.S. Sen. Kirsten Gillibrand’s mother called to check on the New York Democrat within minutes as a mob of hundreds of angry President Donald Trump supporters breached the U.S. Capitol on Wednesday, forcing all federal officials, staff and media to take cover.

The senator recalled the details of the historic threat during a virtual press conference Thursday.

“My mother immediately called me,” Gillibrand said, taking the call after dozens of lawmakers and staffers were evacuated to different areas of the People’s House. “Everyone started calling their family.”

Senators were debating a challenge to Arizona’s Electoral College vote while the Senate prepared to certify President-elect Joe Biden’s 2020 victory. Sen. James Lankford, R-Okla., was in the middle of his speech, when Capitol staff ran toward the podium to quickly remove Vice President Mike Pence from the dais.

Other staffers urged Senate President pro tempore Chuck Grassley, R-Iowa, to get up and preside in Pence’s place.

“Then, there was lots of shouting and nobody knew what was going on,” Gillibrand said Thursday. “A few moments later, representatives from the Capitol Police stood behind the podium to use the microphone and said the Capitol had been breached.”

Authorities immediately enforced lockdown protocols to close and lock all doors, but struggled to quickly usher dozens of staff members into a room inside the walls of the chamber.

They shut the door reserved for Capitol reporters.

“People had to decide whether they were going in or out,” Gillibrand recalled. “There was a lot of confusion. People were urged to stay in, and then the doors were shut and locked down.”

Officials and staff immediately started to check social media and news feeds to find out what was happening outside the barricaded space on Capitol grounds.

Lawmakers started to watch videos of violent protesters outside the building, Gillibrand said.

“People started sharing information — we heard there were shots fired, we heard windows were broken,” she said.

A path was cleared for officials and staff to vacate the chamber.

“I don’t know how long that was, it might have been an hour,” Gillibrand said. “We were rushed out of the chamber, out of the back door through the halls, down the stairs into the basement across the tunnels...and we were put into a secured room in one of the office buildings that had no windows and was internal.”

The evacuated officials remained locked inside the room for about four hours.

“It was a long time,” she said. “People called their families to make sure everyone knew they were safe.”

A few senators not on the floor at the time of the breach were secured in their offices.

“One senator was in the hideaway with windows, so there was a lot of fear and anxiety and worry,” Gillibrand recounted. “As the hours began to pass, people started getting frustrated.”

Lawmakers’ civic duty and traditional ceremony to certify the Electoral College votes in the presidential election was delayed for several hours, and resumed Wednesday evening. They weighed the option of continuing the proceedings from their locked-down location with a videostream on C-SPAN.

“We needed to close out this election,” Gillibrand said. “We needed to do our jobs with voting. We waited a little longer to retake our chamber and our democracy survived despite violence and insurrection. And it was better to go back into our seats and do the job.”

After the Capitol was secured, staffers spent time sweeping up glass and cleaning debris. U.S. National Guard troops and police from other states arrived to resecure the building before the process could resume.

“Everyone now had full military gear on,” Gillibrand said. “They had automatic weapons. They were prepared to protect us every step of the way so we could finish our job.”

The vote was certified after 3 a.m. Thursday.

insurrection! Your a jackass.

"A violent uprising against government or authority."