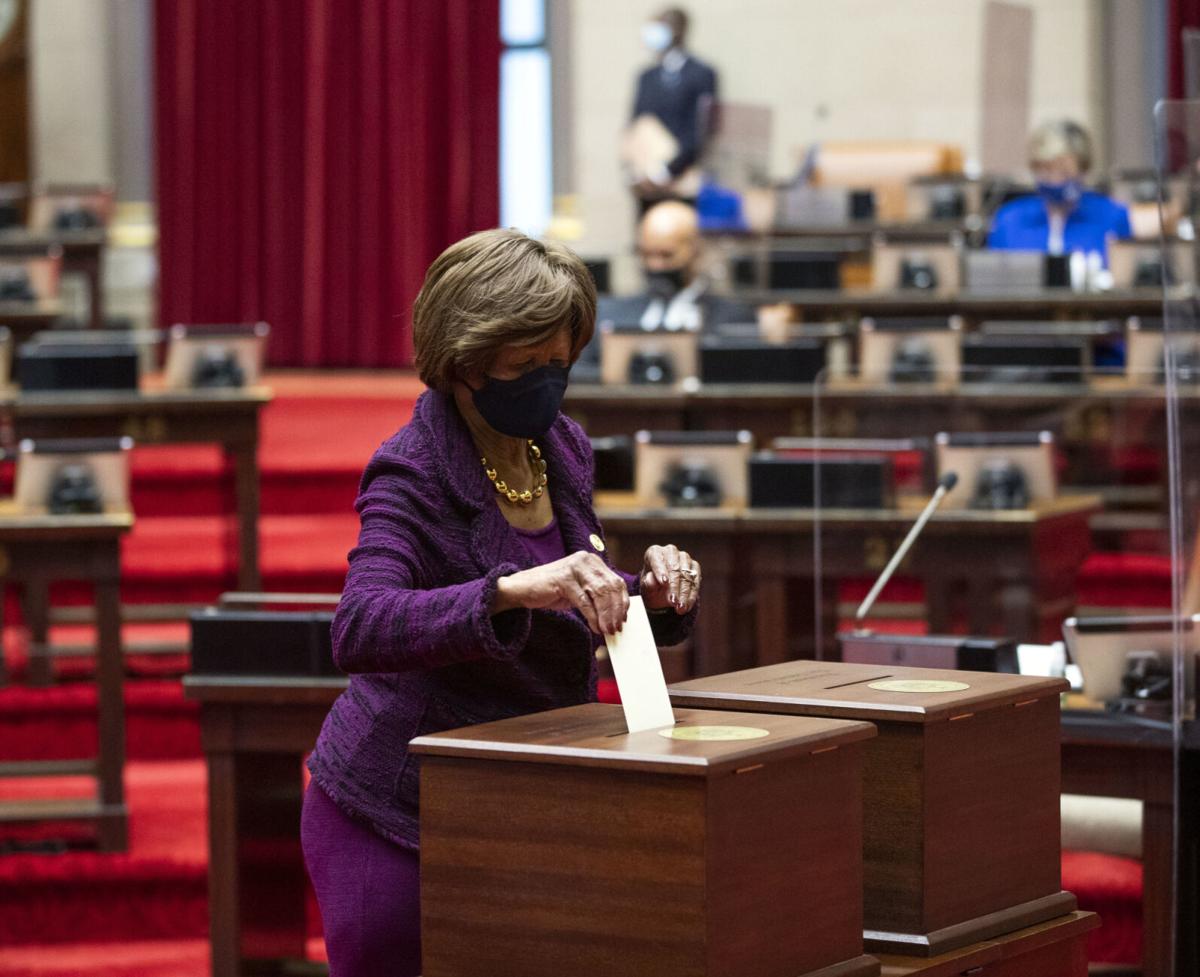 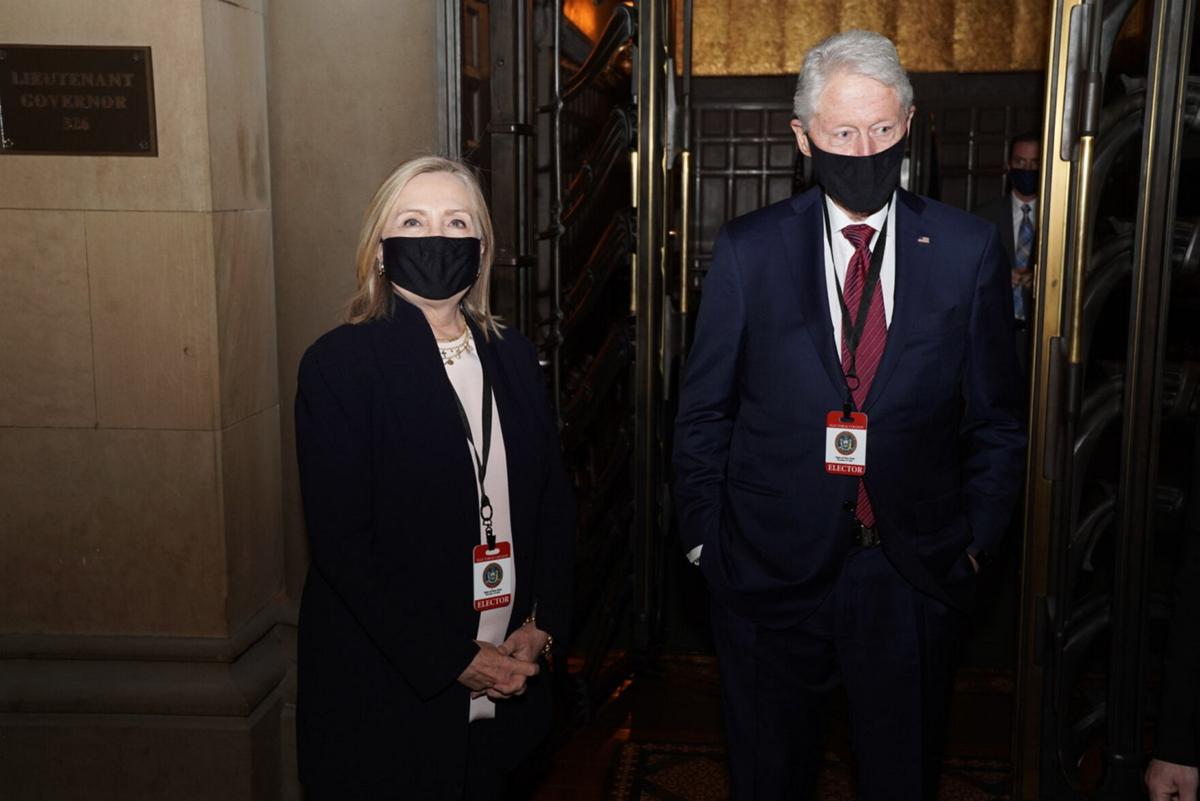 Courtesy of Gov. Andrew Cuomo’s Office Former President Bill Clinton, right, and former Secretary of State Hillary Clinton inside the state Capitol on Monday after casting ballots as two of 29 electors in the state’s 59th Electoral College to solidify Democrat Joe Biden’s election as president of the United States.

Courtesy of Gov. Andrew Cuomo’s Office Former President Bill Clinton, right, and former Secretary of State Hillary Clinton inside the state Capitol on Monday after casting ballots as two of 29 electors in the state’s 59th Electoral College to solidify Democrat Joe Biden’s election as president of the United States.

ALBANY — New York’s 29 electors gathered as the state’s 59th Electoral College in the Assembly chamber of the state Capitol on Monday afternoon to cast votes to solidify Democrat Joe Biden’s election as 46th president of the United States.

At noon Monday, 538 Americans convened in state capitols across the country and cast the most consequential votes of the 2020 election. The electors, or members of the Electoral College, took one of the final, formal steps in making Biden, of Delaware, president and U.S. Sen. Kamala Harris, D-Calif., vice president of the United States.

“In this grand chamber today, you will set your hand unto history and elect our next president and vice president,” State Secretary Rossana Rosado said. “It is a solemn and essential duty — a duty that is part of the fabric of our Constitution and our democracy.”

Hunter seconded the motion for the state’s Electoral College proceeding be legally printed and bound.

Electors typically cast their ballots for president in the Senate chamber, but held Monday’s proceedings in the larger Assembly chamber, which holds 1,049 people, to keep electors and staff safely distanced from each other and prevent transmission of the coronavirus.

Electors are required to meet in person at the Capitol to cast votes under state law.

“They have traveled there [to] do the people’s business and cast New York state’s official vote in the 2020 presidential election, and they are doing it under very difficult circumstances,” Cuomo said from the Assembly chamber.

Cuomo thanked the President and Secretary Clinton, who were the first to cast their votes.

“We thank you both deeply and sincerely and genuinely for all the great work you have done for this nation, thank you,” Cuomo said before leading the room in a round of applause.

Hillary Clinton, who Trump defeated in the 2016 presidential race, folded her hands and slightly bowed, giving a namaste gesture.

Other electors kissed their envelope before casting a ballot or gave Cuomo and secretaries two thumbs up.

Each state gets a number of votes corresponding to the size of its congressional delegation, including members of the House of Representatives and two senators each. Washington, D.C., gets three votes under a constitutional amendment ratified in 1961.

All states except two award their electoral votes in a single group to the winner of the presidential election in the state. Maine and Nebraska give a consolation prize of electors to the winners of each of their congressional districts.

“The brevity of our proceedings does not minimize the gravity of our actions, in fact, it’s quite the opposite,” Cuomo said. “This pandemic, these masks, this physical configuration are a stark reminder to the nation that government matters and leadership matters and good government cannot only improve people’s lives, but can literally save people’s lives. So today, let the people choose our government and let us move forward.”

“We all thank the electors for their service, especially during this difficult time,” Cuomo said after the college voted to adjourn Monday. “Stay safe, enjoy the holidays safely and let’s all pray and work together as a people, community and a government for a better 2021. Congratulations and God bless.”