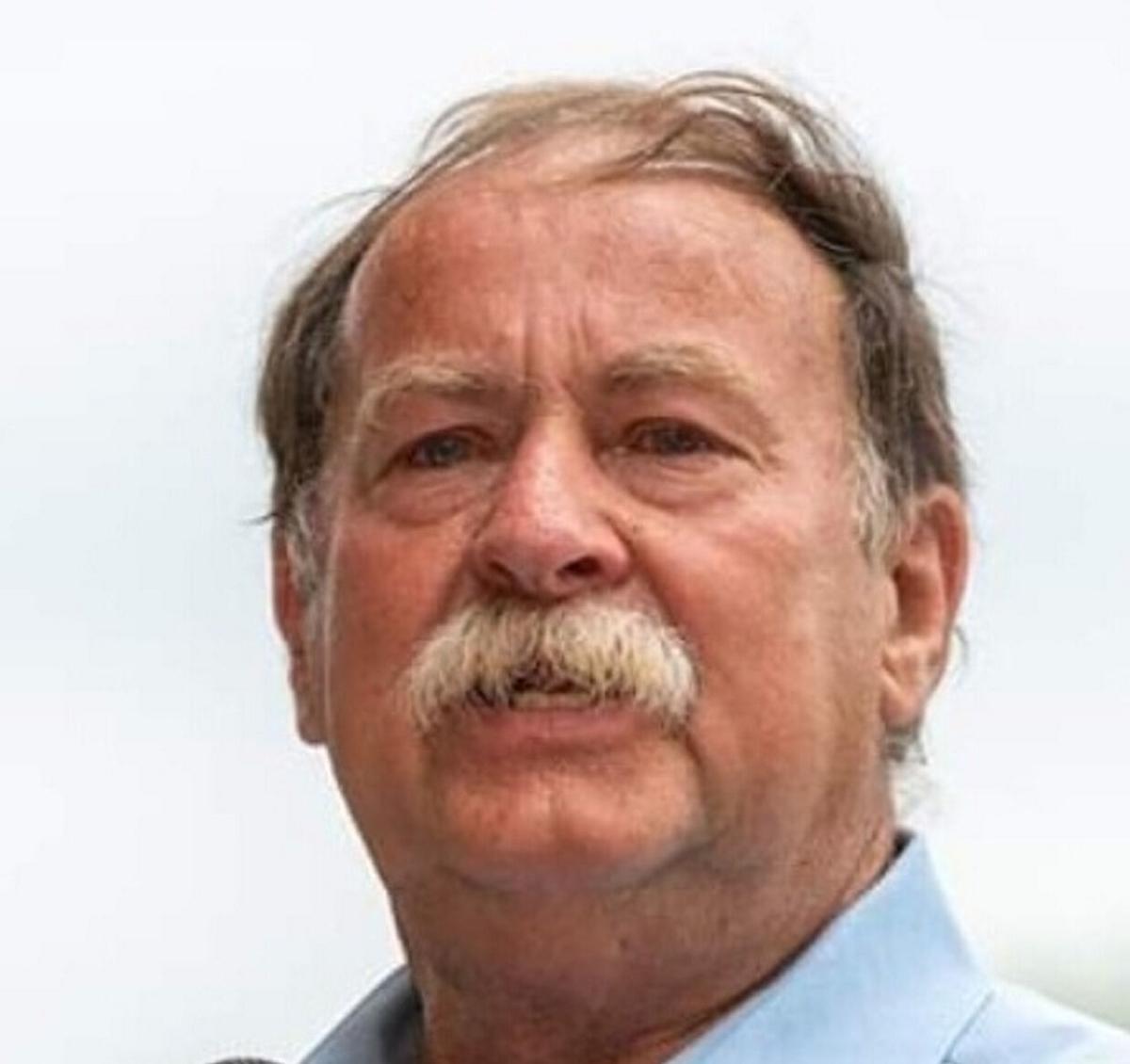 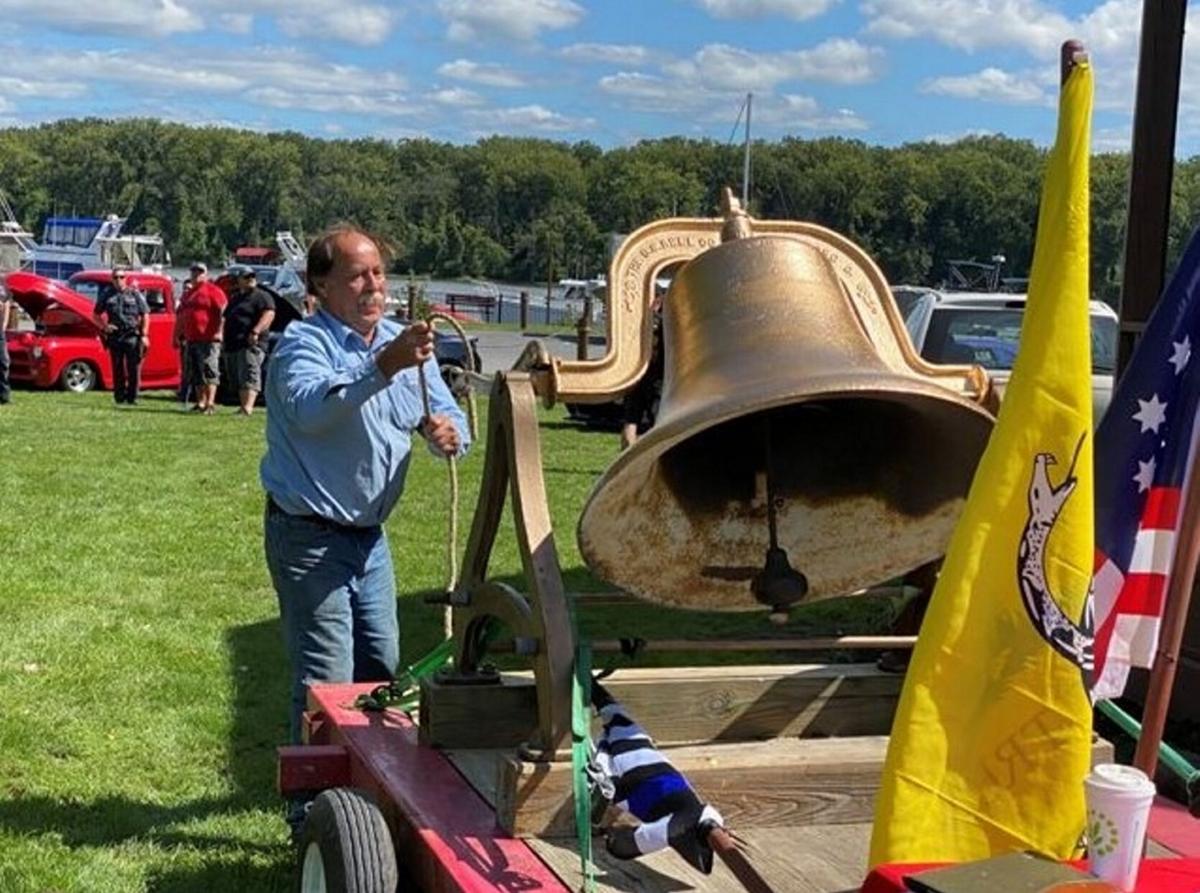 The wife of a Selkirk man arrested in connection with the Jan. 6 storming of the U.S. Capitol defended her husband as a man who loves his country Tuesday, hours after federal investigators arrested him and seized the couple’s technology.

William Tryon was arrested at his Coeymans home Tuesday and charged with three misdemeanor counts of knowingly entering or remaining in any restrictive grounds without lawful authority, knowingly engaging in disorderly or disruptive conduct in any building or grounds and a violation of codes of violent entry and disorderly conduct on Capitol grounds.

A different man with the same name is running for a seat on Coeymans Town Council.

“He’s done nothing wrong,” Jill, Tryon’s wife, said Tuesday before her husband’s arraignment. “He went to Washington with millions of other people.”

Tryon could face a maximum prison sentence of one year or fine up to $100,000 on both counts of entering or remaining on site without lawful authority and engaging in disruptive conduct.

The violent entry and disorderly conduct charge carries a maximum prison sentence of five months and a maximum fine of $5,000.

Each offense has a maximum probation term of one year.

Tryon, who receives his federal mail at a Selkirk address, was in custody of U.S. Marshals for several hours Tuesday prior to his 3:40 p.m. arraignment before Judge Daniel Stewart of the U.S. District Court, Northern District of New York.

The Tryons have lived on a farm in Coeymans for more than 20 years. They have three children.

FBI investigators searched the home and confiscated the Tryons’ iPad and technology as part of an ongoing probe into the Jan. 6 violent protests and an insurrection mob on Washington’s Capitol Hill over election results challenged by supporters of former President Donald Trump.

A federal investigation is ongoing into the Jan. 6 events. More than 300 people have been charged with crimes in connection with the incident that disrupted government.

Arrests are expected to continue. Investigators have identified more than 540 suspects.

Thousands of people stormed the U.S. Capitol in Washington the afternoon of Jan. 6 after some congressional Republicans attempted to object to the Electoral College vote certifying President Joe Biden’s 2020 victory.

Hundreds of senators were debating a challenge to Arizona’s Electoral College vote while the Senate prepared to certify President-elect Joe Biden’s 2020 victory. Sen. James Lankford, R-Okla., was in the middle of his speech, when Capitol staff ran toward the podium to quickly remove Vice President Mike Pence from the dais.

Jill criticized national media coverage of the Jan. 6 demonstrations, which resulted in five deaths and injured more than 140 people.

Many Trump supporters allege the insurrection attempt was planned and carried out by far-left activists in Antifa — an anti-fascist political movement — dressed in Make America Great Again gear as imposters.

“He was there and he saw it,” Jill said of Tryon’s experiences in the march. “He witnessed all kinds of stuff.

“He was kicking them out of the crowd,” she added of left-wing activists. “There’s a story to be told here. It’s not the story the [national] media is going to tell.”

Tryon was expected to return home following the Tuesday afternoon court appearance. He did not speak during the 20-minute proceeding, held virtually on Microsoft Office Teams because of the COVID-19 pandemic, and agreed to his constitutional rights, which Stewart read aloud.

Tryon is a frequent attendee and participant at Coeymans town meetings and often leads audiences in reciting the Pledge of Allegiance or a prayer before municipal meetings and events.

Tryon is a member of local conservative activism group Liberty Bell Alliance 76, and has helped to organize protests and events at the state Capitol in Albany — including rallies last spring and summer.

McHugh said Tuesday he was not aware of the group’s involvement in town or the number of local members.

Bethlehem and Coeymans police were not involved with the federal probe.

McHugh did not know other details about the investigation or Tryon’s arrest, and would not say if the charges would influence his future involvement with municipal events.

“It’s certainly way too early to speculate,” McHugh said. “I would only caution everyone that everyone is presumed innocent until proven guilty. It’s way too early for me to speculate on what his involvement would be with the town. He was just arrested today. A lot more facts have got to come out first.”

Tryon was held on the first floor of the federal courthouse for several hours Tuesday until his arraignment. He did not see his wife until afterward.

Tryon was represented on a limited basis by Lauren Sang-Hee Owens of Albany personal injury firm Dreyer Boyajian LLP. He is slated to have different counsel when the case is prosecuted in the District of Columbia.

“Selkirk resident William Tryon was arrested by our office today for his role in the riot and assault on the Capitol on Jan. 6, 2021,” FBI Albany Field Office spokeswoman Sarah Ruane said in a statement. “We will continue to coordinate with our colleagues at the FBI Washington Field Office and the United States Attorney’s Office to bring to justice anyone who broke the law that day.”

Tryon’s case will be transferred to the U.S. Attorney’s Office in Washington.

“Because these charges are out of the United States Attorney’s Office in D.C., that is where a lot of it could transfer down to,” Ruane said. “His initial [appearance] will just be here.

“Outside of us arresting him, the rest of the case plays out in D.C.”

Anyone with information about the Jan. 6 insurrection at the Capitol is asked to call 1-800-CALL-FBI.

QAnon exists here, as does the Oath Keepers. Former Sheriff Greg Seeley was a featured speaker. The all-white Catskill Police Department are all Oath Takers. This is the county where Trump Land was filmed. There's no surprise that someone here was part of the insurrection in Washington. They already manage the county. The new jail and Gulag are examples. The loss of the Catskill Community Center is an example. This is what greed creates. It's possible that the year-long timeout COVID-19 placed on us is an opportunity to redo our local politics, to focus on curative tasks not more police and human cages. The county seems oddly proud of it's new human cages and homeless Gulag. Perhaps someday this will shake out. The path removed Judge Pulver, prevented ADA Bucca from inheriting the DA position, removed Sheriff Hussey, Sheriff Seeley, Village President of Catskill Seeley. We didn't have $90 million for a new jail, so we borrowed it. That was before the year-long shutdown the pandemic caused. How more badly can management be?

This article sheds light on the underlying reasons, and it must change.

Of course you realize that Selkirk is Albany County, right? And they have nothing to do with QAnon, Greene County, Catskill PD, the new Greene County Jail, the old jail, your life, Oath Keepers, the Seeleys, Hussey. Bucca, etc. You’re such an idiot. How do you go on like this day to day and continue your wretched vitriol and yellow journalism tactics. It’s sickening. You are pathetic!!!!!!!

You know what doesn't exist here? The sanity and critical thinking skills of someone named Scott, and it's not me.

Clearly there's been a mistake, because that, in the photo is obviously a walrus.