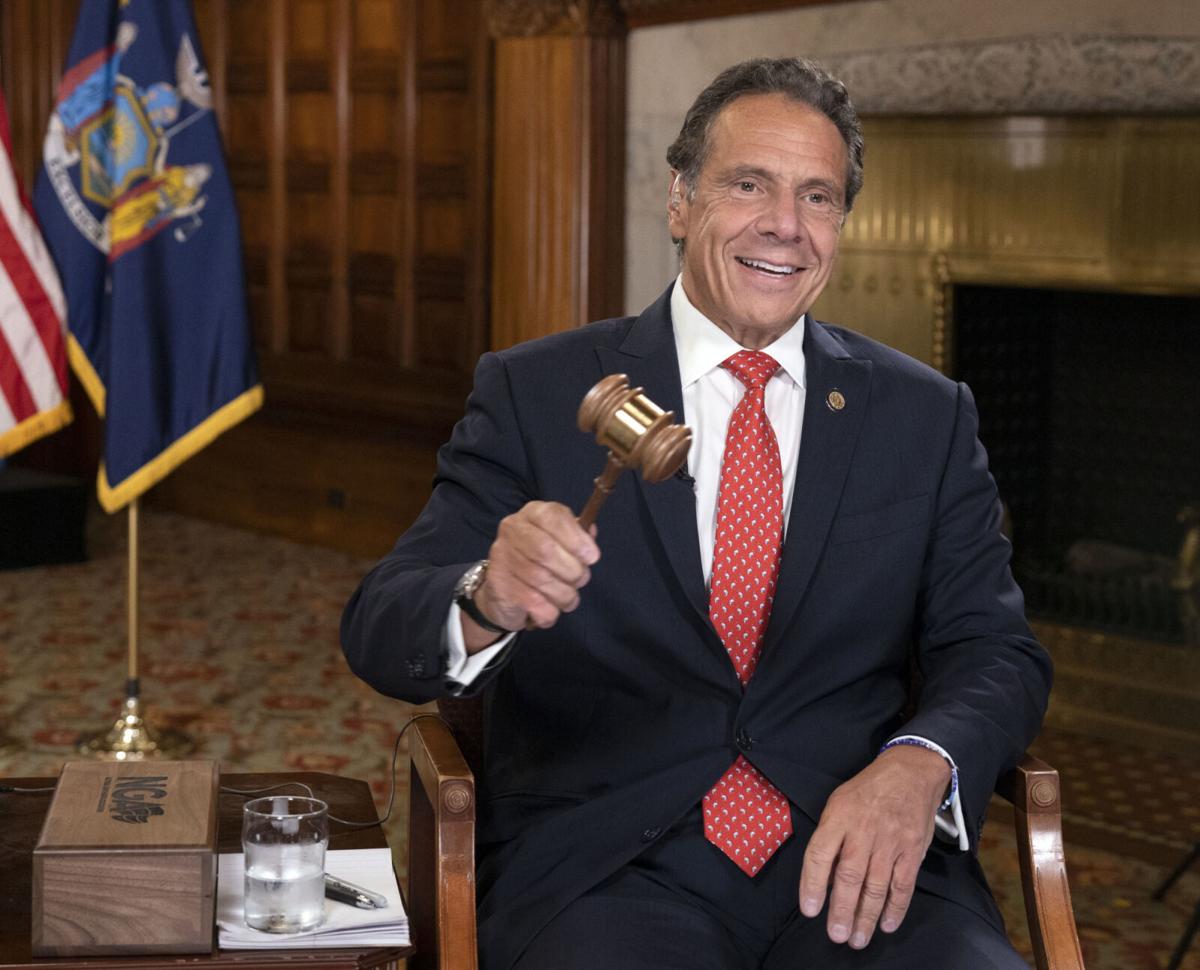 Gov. Andrew Cuomo took the gavel after a unanimous vote to lead the National Governor’s Association for the next year as the bipartisan organization’s chairman. Courtesy of Gov. Andrew Cuomo’s office 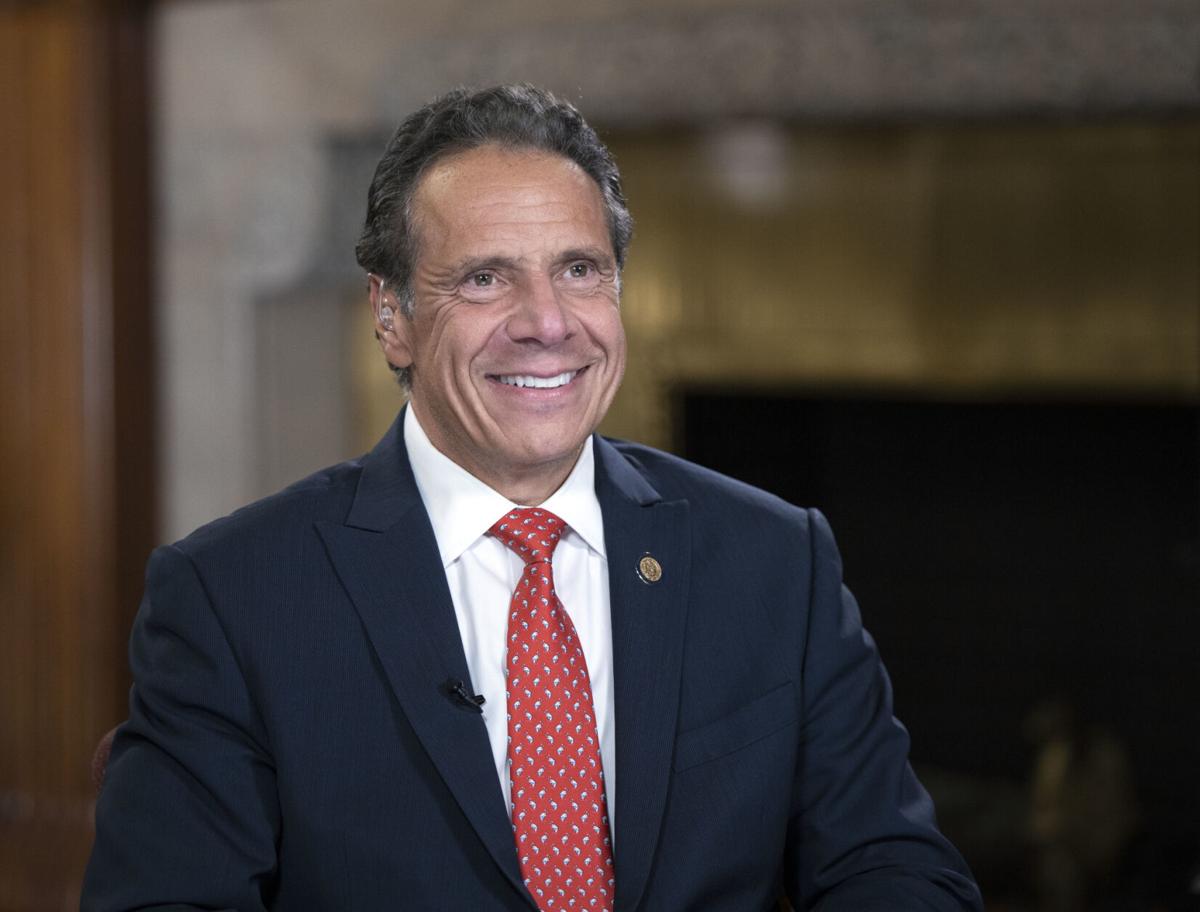 Gov. Andrew Cuomo took the gavel after a unanimous vote to lead the National Governor’s Association for the next year as the bipartisan organization’s chairman. Courtesy of Gov. Andrew Cuomo’s office

Gov. Andrew Cuomo took the reins — and literally the gavel — Wednesday afternoon as the leader of the National Governor’s Association during the bipartisan organization’s annual summer meeting.

The NGA unanimously voted for Cuomo, who will become the longest-serving governor in the nation next year, to serve as NGA’s chairman. He is the first New York governor to hold the office.

The association, which meets in areas across the nation to address issues plaguing states each year, traditionally hosts a winter and summer meeting. Wednesday’s annual gathering was slated to be held in Portland, Maine, but was held digitally and livestreamed because of the COVID-19 pandemic.

Republican Gov. Larry Hogan of Maryland served as the association chairman for the last year after beginning his term at the organization’s meeting last July in Salt Lake City, Utah.

“It was the honor of a lifetime,” Hogan said. “I could not be more proud of this organization of every single one of our governors on both sides if the aisle. ... Responding to this crisis has shown more than ever the vital role of governors. [In] the most daunting challenge of our lifetime, we didn’t let politics get in the way.

“Our unified efforts have helped to save lives.”

“We have had a terrific working relationship this past year,” Hogan said. “Gov. Cuomo, I wish you and your Vice Chair Gov. Hutchinson much success over the next year.”

The association played a video of governors from across the nation, including Cuomo, thanking Hogan for his dedicated service and leadership — especially in the wake of the unprecedented COVID-19 crisis.

“The pressure was on and when the pressure was on, you really rose to the occasion,” Cuomo said to Hogan. “I give you a virtual round of applause. I know every governor joins me in doing exactly that.

“I look forward to relying on you and continuing your counsel as we go forward.”

Cuomo discussed his agenda for the coming year, America’s Recovery and Revival, in the wake of COVID-19. Governors outline a plan for their term as association chairman when taking over the position.

“We don’t have a lot of options this year,” he said.

States must tackle the nation’s health care needs by building a new public health system, Gov. Cuomo said, and address economic impacts of the virus, which is expected to be the catalyst for a deep nationwide recession in the coming years.

Cuomo also called for states to redefine their partnership with the federal government and examine their full leadership potential, as the states’ response to the coronavirus pandemic started a new era in the capacity of state governments.

“There has never been a moment where state governments have been more instrumental in the lives of the people of this country,” Cuomo said. “It is a new chapter in the governance of this country.

COVID-19 is a public health, and not political, issue, the governor added, and can only be defeated if all Americans in every state work together.

“It is the great unifier — it doesn’t discriminate,” Cuomo said. “This is a battle for all of us. Unless COVID is defeated everywhere, it won’t be defeated anywhere.

“We all know the weapons needed for the war we must wage.”

States must work together to secure a COVID-19 testing capacity for every American, establish sufficient contact tracing and emergency stockpiles of personal protective equipment such as gloves and face masks, medicine and supplies to combat the virus spread as it continues to spike in 35 states, the District of Columbia and Puerto Rico.

States must focus on financial support for hospitals and medical personnel fighting the coronavirus on the front lines, and keeping children and young people safe as some return to school for the 2020-21 academic year.

The bipartisan association, which includes every governor in the nation, remains united in urging Washington lawmakers on Capitol Hill to include $500 billion in unrestricted state funding in Congress’ next coronavirus relief legislation.

“That is a top NGA priority by a unified NGA,” Cuomo said.

The NGA made five requests in three months to the federal government for $500 billion to fund counties and local governments and rebuild state economies. As chairman, Hogan, and then-vice chairman Cuomo, issued joint statements April 12, April 17, May 12, July 22 and July 29.

“First, we must manage the COVID virus ... We need the federal government to work with us in partnership of that effort,” he said, adding this is the moment to invest in infrastructure, similar to the projects that jumpstarted the nation’s economy during the Great Depression.

“We need to reinvigorate the economy and we need to replace aging infrastructure,” Gov. Cuomo said. “We have all talked about for decades but this is the moment to finally do it. Let the federal government provide the funds and let the states build it.”