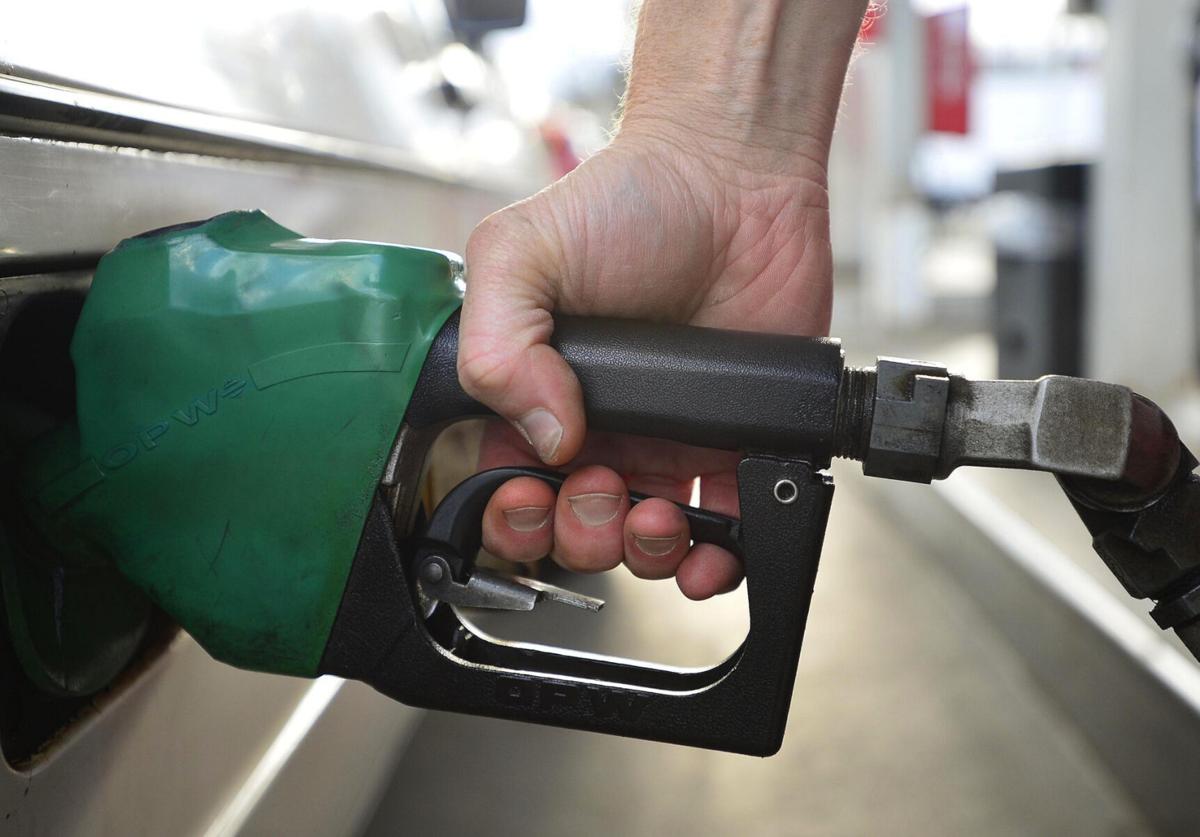 A motorist pumping fuel at Speedway in the Finger Lakes on Nov. 12. 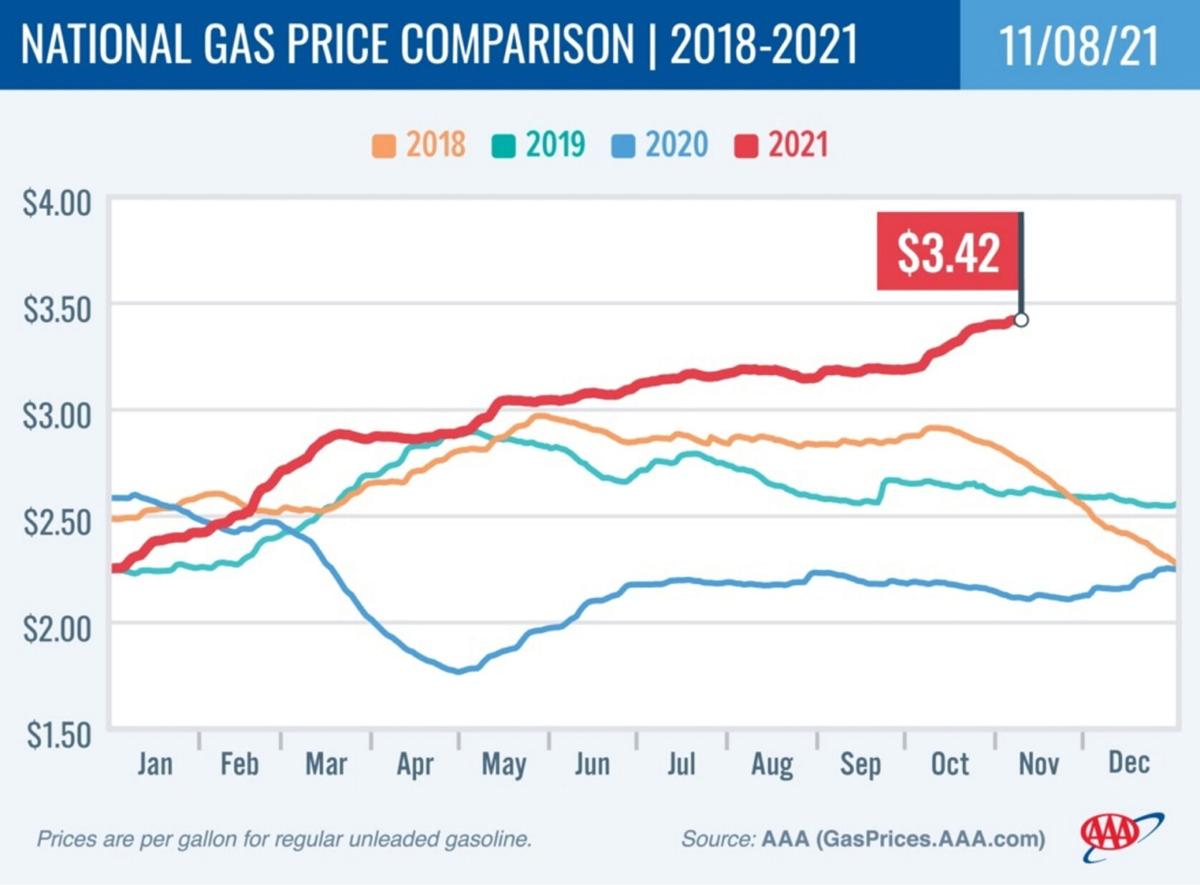 A motorist pumping fuel at Speedway in the Finger Lakes on Nov. 12.

Federal and state leaders praised President Joe Biden’s decision Tuesday to tap millions of gallons of fuel from the national reserve to lower energy prices as the leading Republican nominee in the 2022 gubernatorial race started a lengthy tour demanding the governor take action to further reduce travel costs for Thanksgiving.

White House officials Tuesday said they ordered 50 million barrels of oil released from the Strategic Petroleum Reserve to bring down energy costs, in coordination with other countries, including China.

The move is an effort to bring down rising gas prices. Gasoline prices nationwide are averaging about $3.40 a gallon, more than double their price a year ago, according to the AAA.

In New York, the average price statewide Tuesday was $3.57 per gallon and higher upstate around $3.60 per gallon. The state’s highest recorded average price of gasoline hit $4.31 on July 9, 2008, at the height of the Great Recession, according to AAA.

“American consumers are feeling the impact of elevated gas prices at the pump and in their home heating bills, and American businesses are, too, because oil supply has not kept up with demand as the global economy emerges from the pandemic,” the White House said in a statement.

The oil release will be taken in parallel with other nations including India, Japan, the Republic of Korea and the United Kingdom, all major energy consumers.

Senate Majority Leader Charles Schumer, D-N.Y., sent a letter to Biden on Nov. 14, urging him to allow sales of oil from the national strategic petroleum reserve to increase the available oil supply and lower fuel costs at the pump.

Schumer on Monday said the president’s decision to release oil from the reserve is good news for families.

“I called for this to provide relief at the pump and signal to [Organization of the Petroleum Exporting Countries] they can’t manipulate supply to inflate gas prices,” Schumer said in a statement on Twitter. “Of course – the only long-term solution is to keep working to eliminate fossil fuel dependence and create a robust, green-energy economy.”

“President Biden’s administration is working diligently to get money back in the pockets of American families and to address supply issues head-on,” Gillibrand said in a statement. “Rising gas prices really hit New Yorkers’ pocketbooks, especially in places like Upstate New York and Long Island where we use our cars to get to work, school, the grocery store, and essential appointments. These are very real everyday costs and we should do everything we can to reduce the price of gas.”

“I am thankful that President Biden heeded my request to release inventory from the Strategic Petroleum Reserve to help immediately lower gas prices,” Delgado said in a statement Tuesday. “From the gas pump to the grocery store, I will keep fighting to lower costs for upstate families and small businesses.”

Republicans have criticized the White House for canceling the Keystone XL pipeline and not doing more to boost domestic oil and natural gas production, which rose in recent years to help make America relatively self-sufficient in its energy use.

U.S. Rep. Lee Zeldin, R-1, who is the leading Republican nominee running for governor in 2022, started a multi-day tour Tuesday to visit multiple regions of the state to demand Gov. Kathy Hochul to suspend the state gas tax for Thanksgiving weekend to provide relief for New York families.

Zeldin kicked off the tour focusing on lower gas prices in Rochester and Syracuse on Tuesday, and is expected to hold a similar press conference with lawmakers and local officials at a Mobil Gas Station in Rotterdam, Schenectady County on Wednesday afternoon.

“This Thanksgiving is expected to be the most expensive Thanksgiving in history,” Zeldin said. “Not only is it more expensive to put food on the table, but it’s costing more to drive to the homes for dinner of our homes, our family, our friends.

“We are calling on Gov. Hochul to take action today to suspend the gas tax for the Thanksgiving holiday,” he added Tuesday. “This is an action that can be taken right now by Albany to address these concerns going into the holiday.”

Zeldin also demanded Hochul come out against the Legislature’s proposed Climate and Community Investment Act, which would create a new climate pollution fee or carbon tax on fossil fuel companies to act as an incentive to reduce statewide carbon emissions.

The bill, which did not pass this legislative session, is estimated to increase New York’s gasoline prices an average of 55 cents per gallon, and heating costs by more than 25%.

“This new rate, by far, would be the highest gas tax rate in the entire country,” Zeldin said.

“Gov. Hochul is constantly working to support New York families who are still suffering from the economic fallout of the pandemic,” Hochul’s Press Secretary Hazel Crampton-Hayes said in a statement Tuesday night.

The governor cannot unilaterally suspend the tax for a period of time, officials said, adding the tax must be set by statute through a vote in the Legislature.

New York gas prices have increased by more than 42% in the last year with a nearly 25% increase in energy prices, according to a recent report by state Comptroller Thomas DiNapoli.

Gas prices have risen sharply over the past few weeks, with costs suddenly spiking to their highest levels nationally in seven years. Experts have warned prices could soar to $5 a gallon.

For more on this story, visit HudsonValley360.com