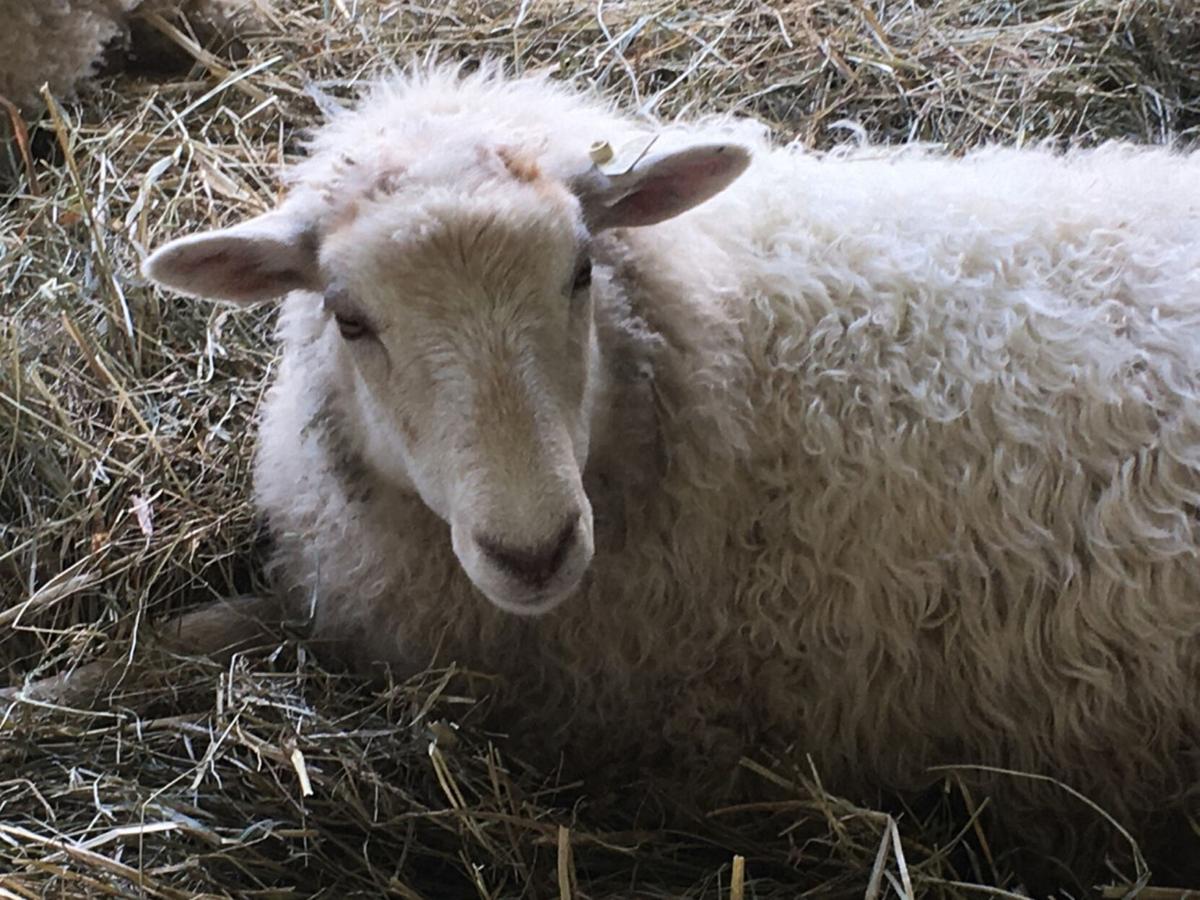 Farm animals from sheep to chickens to cows are on display at the Greene County Youth Fair, which runs through Sunday. Melanie Lekocevic/Columbia-Greene Media 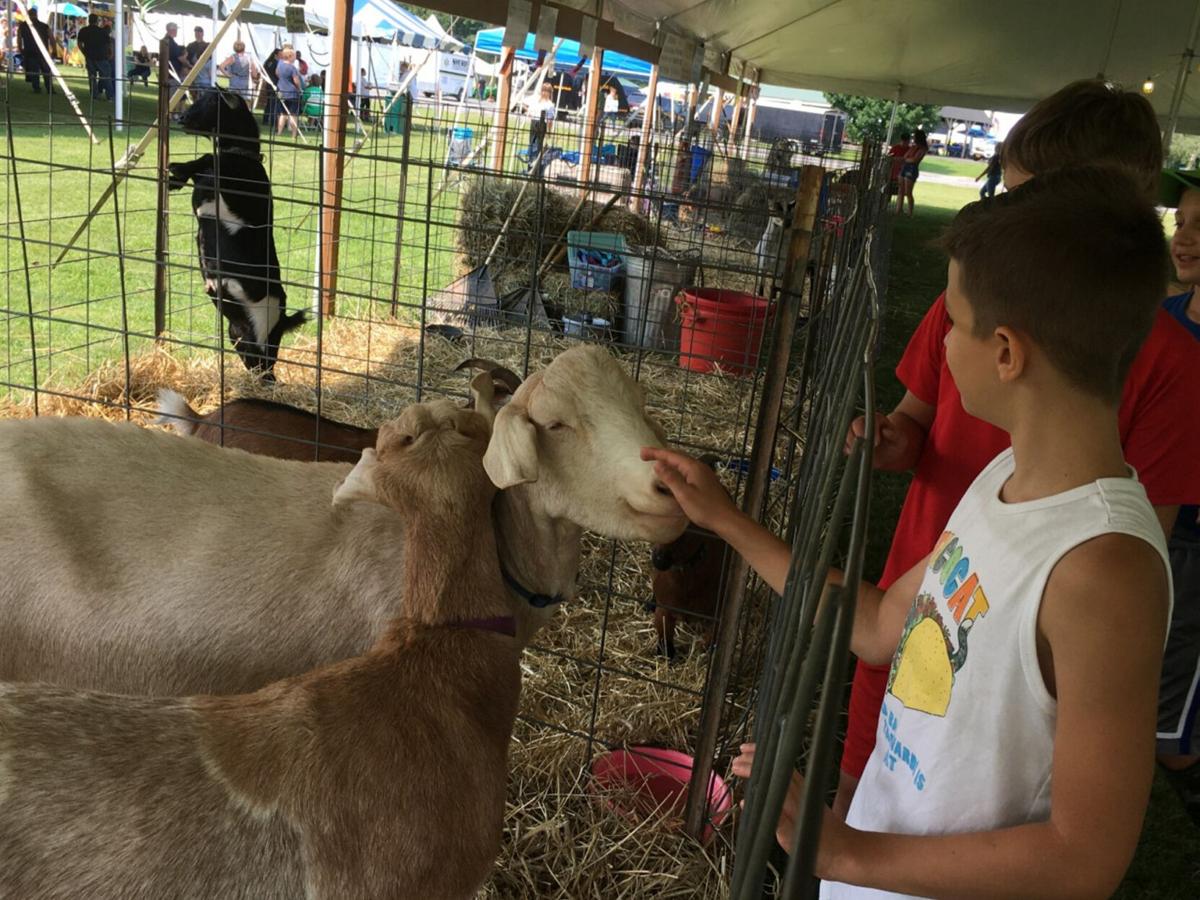 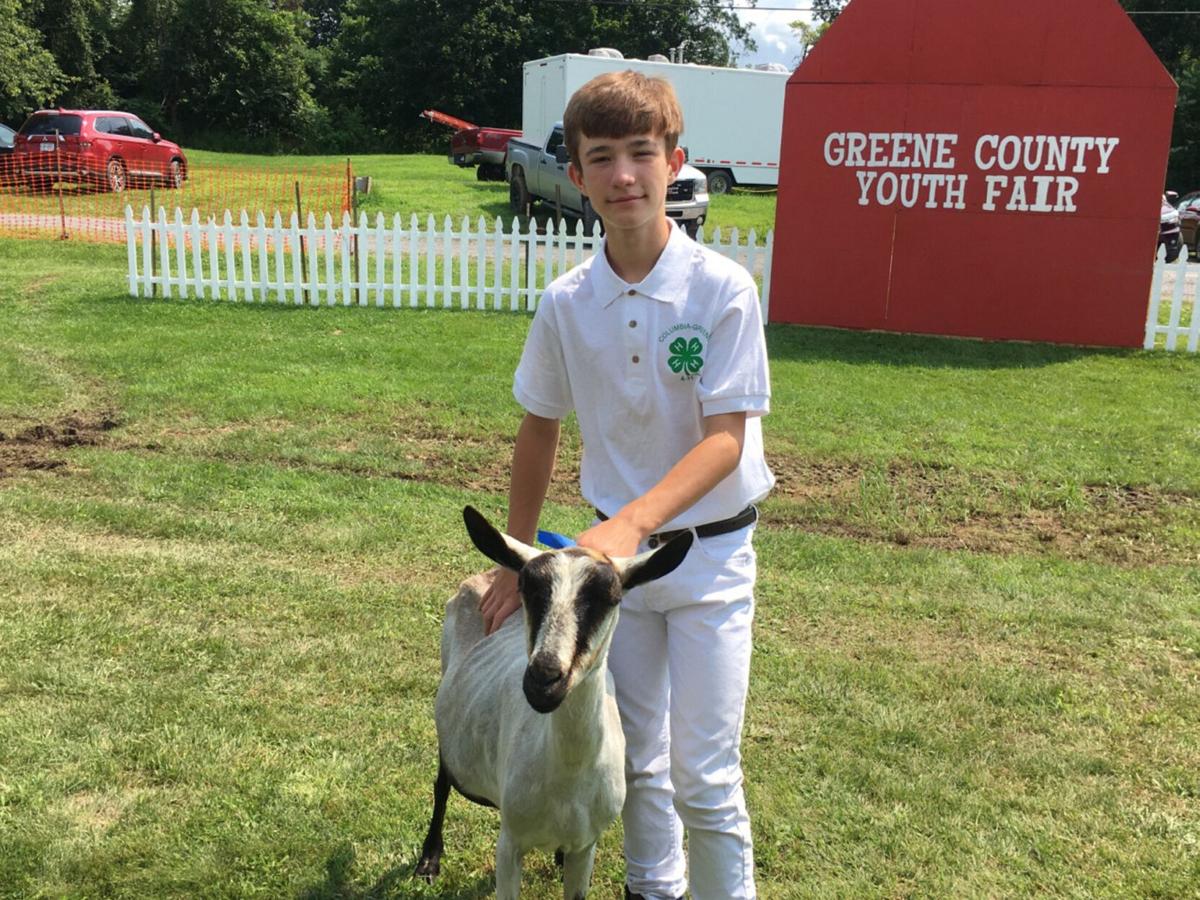 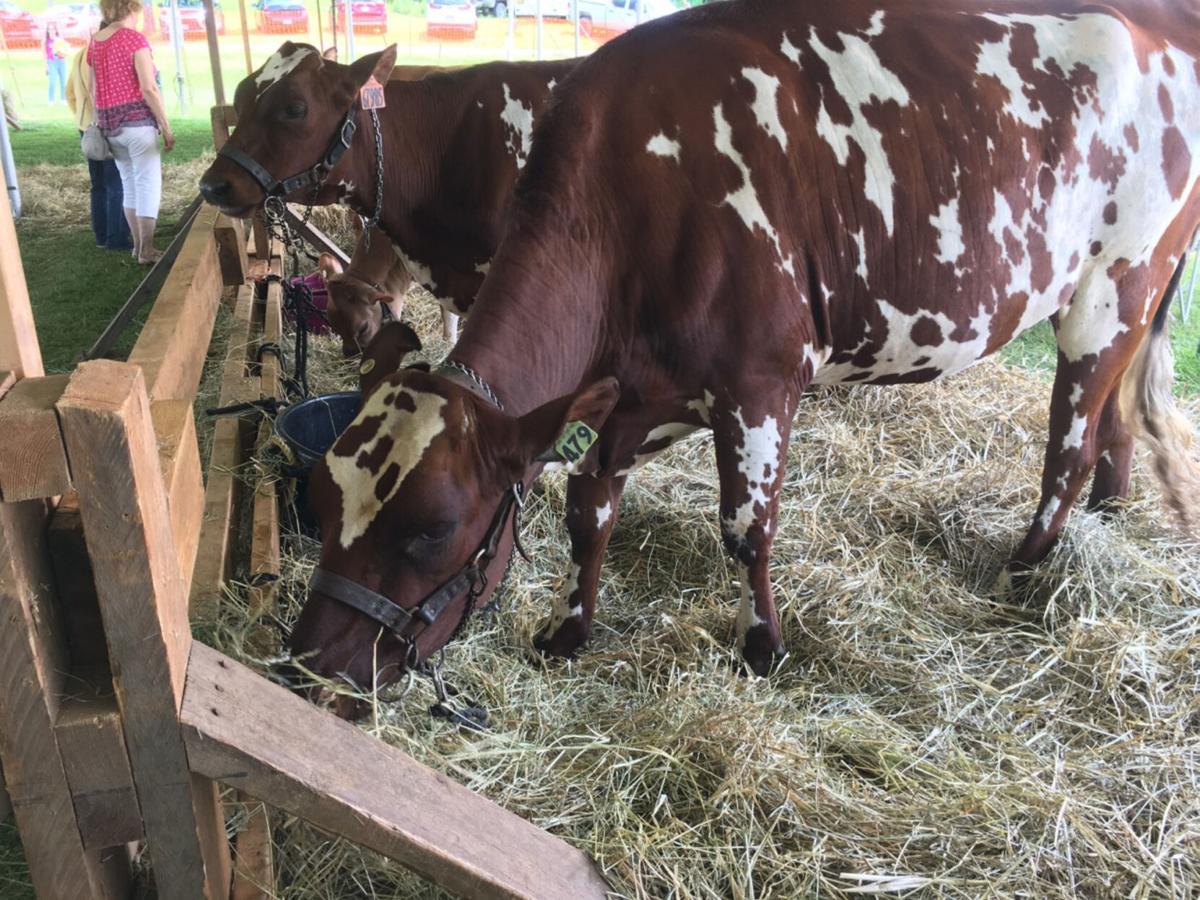 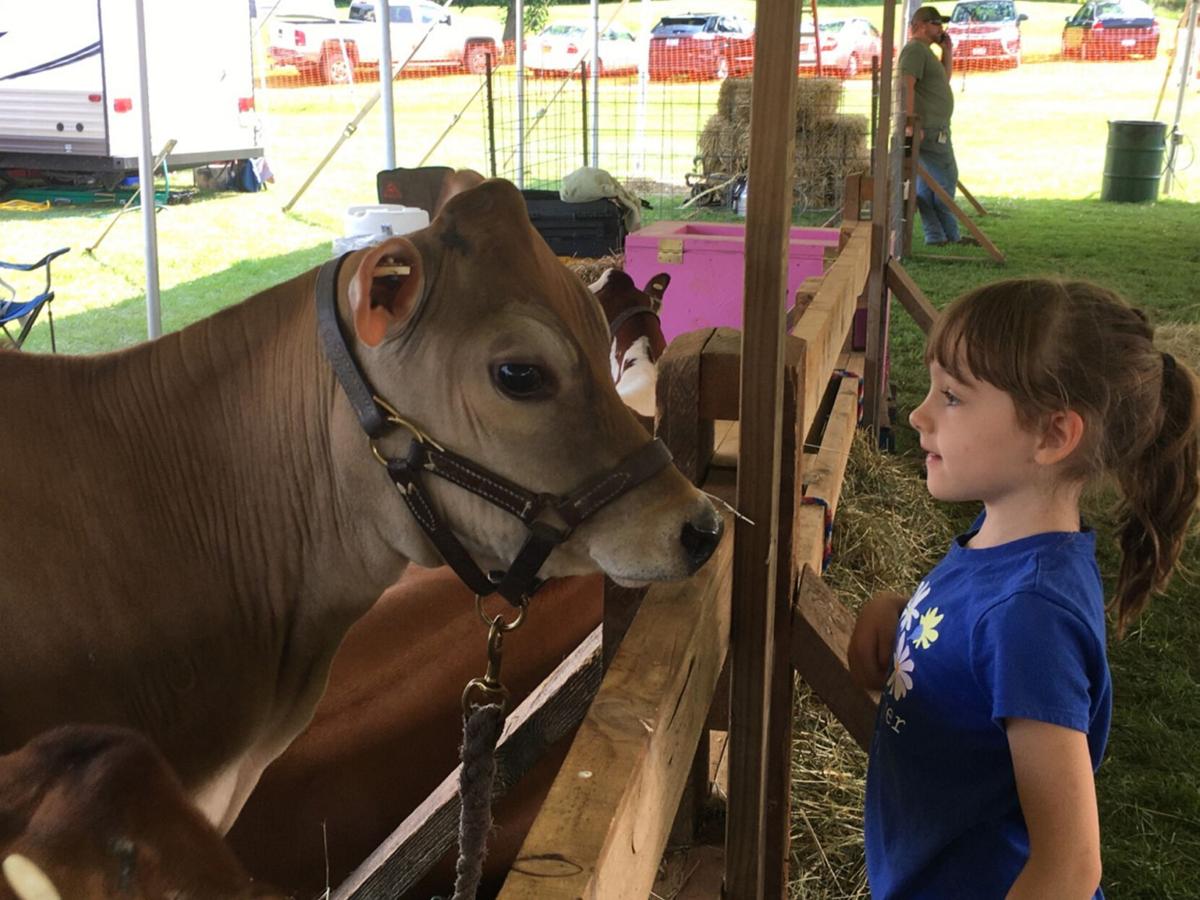 Rylie Parsons, 6, goes eye to eye with a cow at the youth fair. Melanie Lekocevic/Columbia-Greene Media 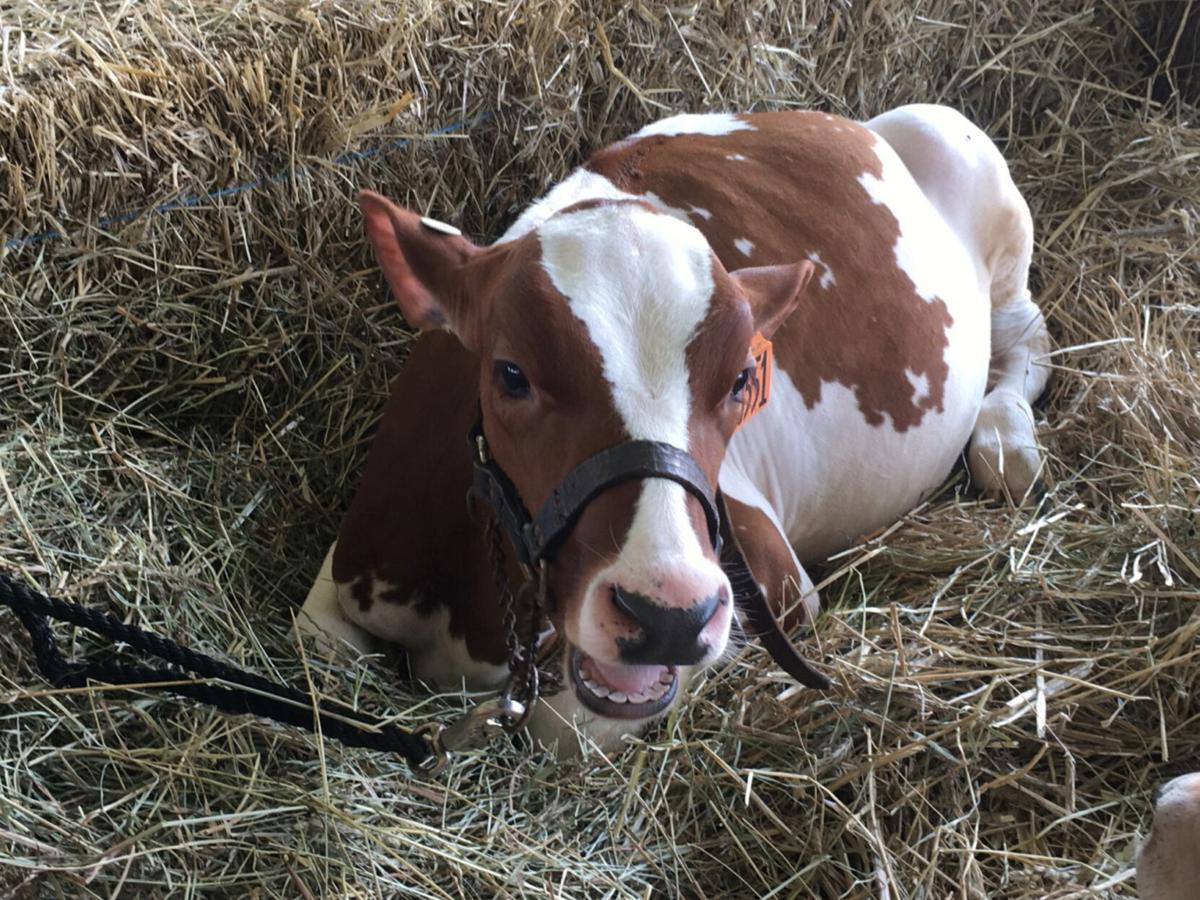 A cow takes a noontime siesta at Thursday’s opening of the Greene County Youth Fair in Cairo. Melanie Lekocevic/Columbia-Greene Media 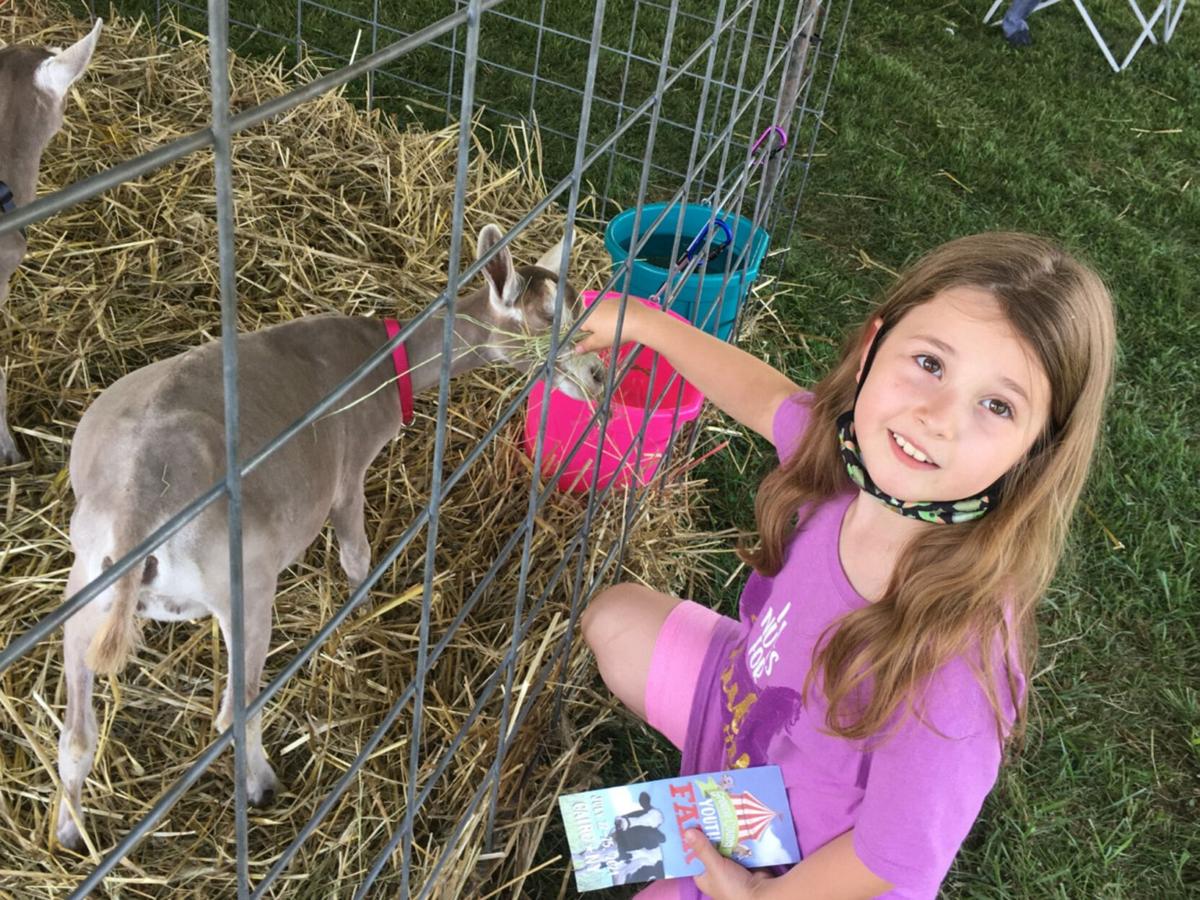 Morrigan Acerra, 7, tries to feed one of the exhibition animals at the Greene County Youth Fair at Angelo Canna Town Park in Cairo. Melanie Lekocevic/Columbia-Greene Media

Farm animals from sheep to chickens to cows are on display at the Greene County Youth Fair, which runs through Sunday. Melanie Lekocevic/Columbia-Greene Media

Rylie Parsons, 6, goes eye to eye with a cow at the youth fair. Melanie Lekocevic/Columbia-Greene Media

A cow takes a noontime siesta at Thursday’s opening of the Greene County Youth Fair in Cairo. Melanie Lekocevic/Columbia-Greene Media

Morrigan Acerra, 7, tries to feed one of the exhibition animals at the Greene County Youth Fair at Angelo Canna Town Park in Cairo. Melanie Lekocevic/Columbia-Greene Media

The fair is held each year in Angelo Canna Town Park and this year’s event held special meaning because the fair was held virtually in 2020 during the COVID-19 shutdown.

“The biggest thing this year is that we have the fair again after being off for the pandemic last year. It was really, really missed,” Greene County Legislator Harry Lennon, D-Cairo, said. “We are open again, the fair is here, the weather forecast is great for the four days and everyone is just happy to be here. The smiles on the children’s faces are what it is all about.”

The fair kicked off in the morning with the traditional opening ceremony with local and county officials, Assemblyman Chris Tague, R-102, and state Sen. Michelle Hinchey, D-46, welcoming the crowd. Agricultural awards were handed out to children from thoughout the county.

Several large tents were set up in the town park, with farm animals from cows to chicken on display. There were even a few wild alpacas on hand.

Jackson Purdy, 13, stood just outside the show tent with his 2-year-old Alpine goat named Cream, waiting to show her off.

“I like raising animals — it’s fun,” Jackson said. “I like that they are friendly and they are good when you are feeling sad and down. They make you feel better.”

Raising livestock is a family tradition, Jackson’s father, Jim Purdy, said, and their four children — members of the 4H Club — are all involved.

“We have cows, sheep, goats and chickens. It’s something me and my wife did as children and we had a great experience so we thought they would enjoy it, too,” Purdy said.

In addition to learning how to raise animals, the children learn other life lessons, as well, he said.

“They learn about teamwork — the kids that show up at this fair are very supportive of each other and at the end of the day, they are good kids and it’s good role modeling. Everyone looks out for each other.”

Matt Story, of Story Farms in Catskill, has four children showing animals at the fair over the next few days.

“My oldest two have been doing this for four or five years, and I have two little ones who are 5 years old and they just started,” Story said. “They learn how to take care of animals and make sure they feed and clean them, so they learn responsibility.”

“It’s hard work sometimes because you have to feed them all the time, you have to give them water all the time and make sure they are taken care of and clean,” said his son, Matthew Story, 12. “Sometimes they can get a little annoying, but I enjoy it. I like taking care of them.”

Families packed into the tents visiting with the animals, petting and feeding them. Patricia Koehler, of Jewett, came with three generations of her family, including her daughter, grandchildren and their great-grandmother.

“We come every year. The kids get to see the animals and they actually get to pet them,” Koehler said. “We don’t have to travel far because you can see them all right here.”

Her daughter, Krista Dolan, of Ashland, said her children were having a great time.

“It’s a fun day, for the kids to see the animals,” Dolan said. “Plus, there is nothing really for the kids to do around here and this is a free fair where we can spend the day and enjoy ourselves. The kids’ favorite part was the animals.”

Daniel Cascio, 11, and his friends went from pen to pen, petting the animals.

“We come every year to see the animals and we like fair food,” his mother, Renee Cascio, said. “We especially love looking at all the animals and supporting the community. A lot of his friends show animals, so we like to show our support.”

Morrigan Acerra, 7, said her favorite animals were in the poultry tent.

“I especially liked the chickens and ducks,” Morrigan said. “The Japanese chickens are really small and cute.”

Her dad, James Acerra, said this was the first time his family came to the Greene County Youth Fair.

“We just moved here about a year and a half ago,” Acerra said. “What we like most about it is how nice everything is, how cool and calm. It’s just a nice place to be.”

“We like the animals and Rylie loves chickens,” Parsons said. “We come every year.”

Law enforcement, fire departments and local businesses also had exhibits and activities at the fair.

The Greene County Youth Fair will run through Sunday at Angelo Canna Town Park on Mountain Avenue in Cairo. Admission is free.