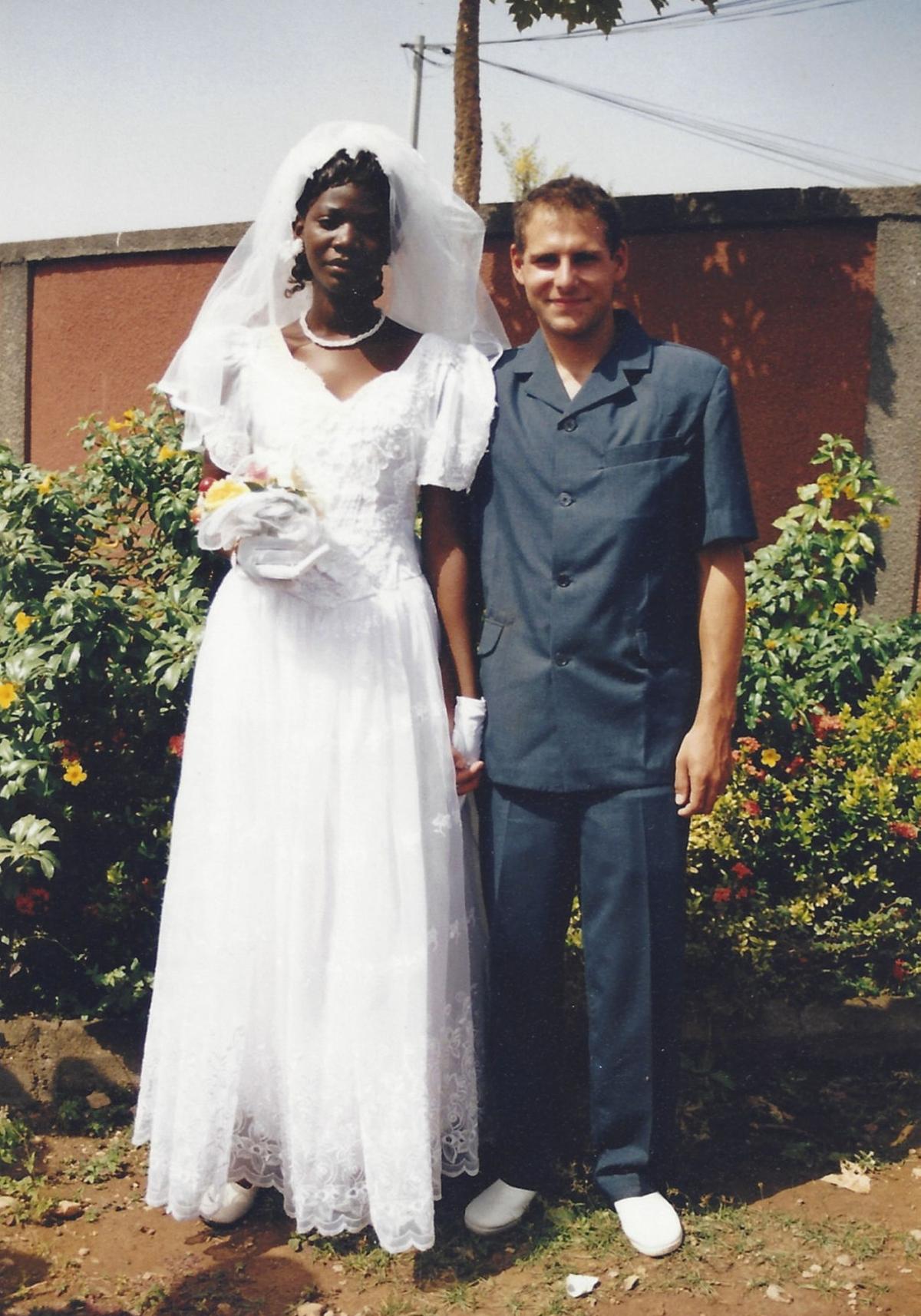 Contributed photo Alima Bonsa alleges that Allen Stack, of Old Chatham, kidnapped her and brought her to the United States from Burkina Faso, her native country. 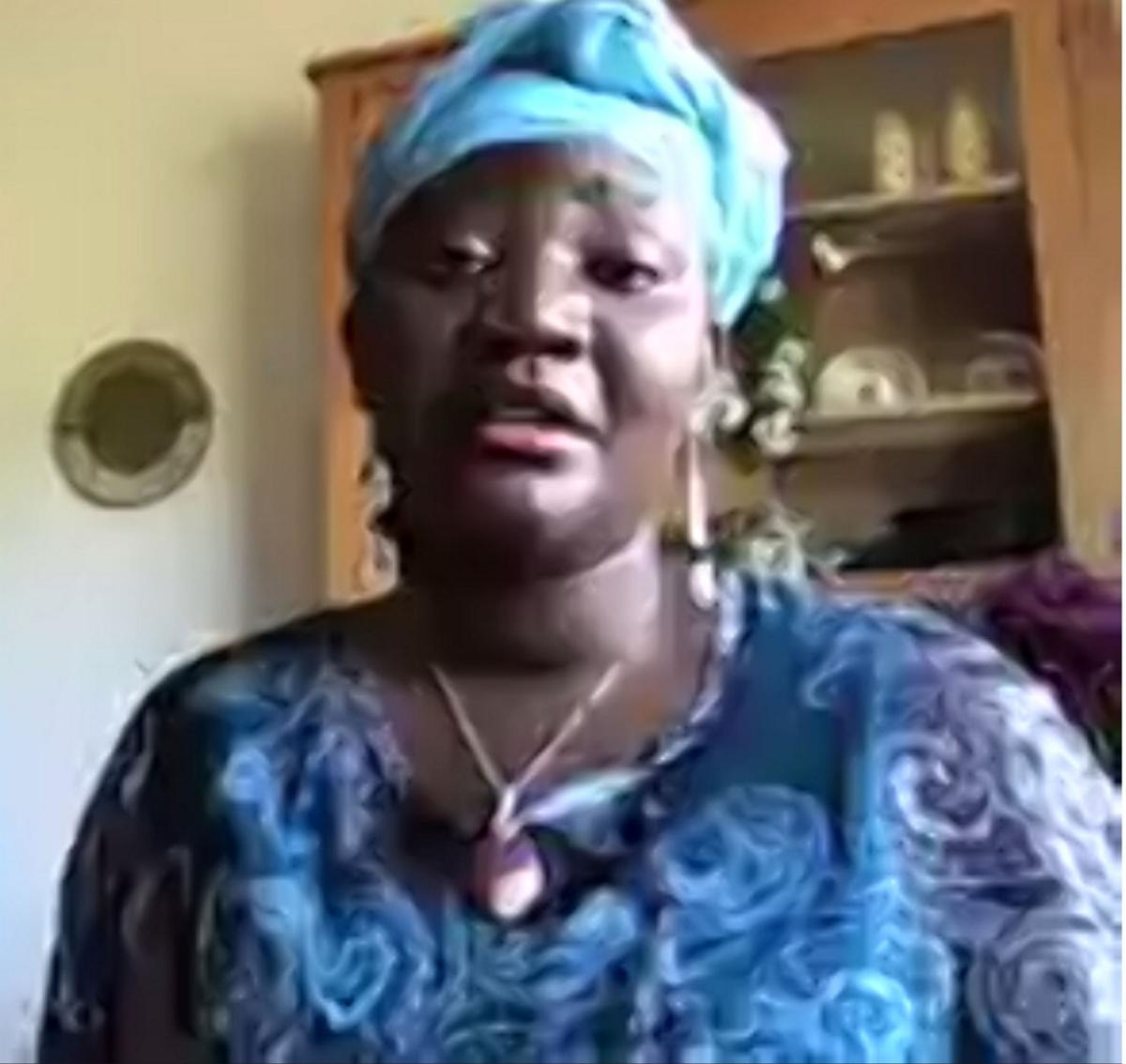 Contributed photoAlima Bonsa alleges that Allen Stack, of Old Chatham, kidnapped her and brought her to the United States from Burkina Faso, her native country.

Contributed photo Alima Bonsa alleges that Allen Stack, of Old Chatham, kidnapped her and brought her to the United States from Burkina Faso, her native country.

Contributed photoAlima Bonsa alleges that Allen Stack, of Old Chatham, kidnapped her and brought her to the United States from Burkina Faso, her native country.

OLD CHATHAM — A local woman says she was kidnapped from her home in West Africa and forced into marriage with a Columbia County man.

Alima Bonsa alleges that Allen Stack, of Old Chatham, traveled to her village in the West African country of Burkina Faso in 2001 and paid to marry her, despite her vocal opposition to the marrage.

“I was bought like an animal at the market,” Bonsa said at a virtual press conference Thursday.

Five months after the forced marriage, Bonsa said Stack brought her to the United States, where she alleges he continued to inflict physical, sexual and verbal abuse on her for years.

Human trafficking is defined as “the use of force, fraud or coercion to obtain some type of labor or commercial sex act,” according to the the Department of Homeland Security, which has launched the Blue Campaign to address widespread human trafficking in the United States.

Bonsa alleges Stack also brought her mother, sister and niece to the United States, forcing the family to perform back-breaking physical labor on a farm in Old Chatham for no compensation.

The farm, registered with the state as Faso Farm LLC located at 106 Percy Hill Road, was confirmed by the state Division of Corporations. The farm was incorporated in 2014, according to the database. That same year, Bonsa alleges she was brought to Old Chatham by Stack from Virginia, where they had been living.

“What was going on here in Columbia County was a plantation,” Bonsa said. “We were put to work from sunup to sundown every single day.”

Bonsa told her story at a press conference hosted by the Columbia County Sanctuary Movement on Thursday. The Sanctuary Movement is working to support Bonsa and ensure that she has adequate legal assistance, Executive Director Bryan MacCormack said.

Stack did not immediately respond to multiple requests for comment on this story.

Stack is named as a member of the middle school teaching team at the Mountain Road School, in East Nassau, where his job title is listed as “Gray Wolf Clan Leader.”

The school declined to comment, except to say that Stack no longer works there.

Bonsa filed a restraining order against Stack in 2017. She filed for divorce the same year.

Bonsa alleges that Stack paid leaders in her home village, including her uncle, for the right to marry her. She said Stack screamed profanities and raped her on the night of their forced marriage in November 2001, which took place in Ouagadougou, the capital of Burkina Faso.

She says she was locked in a room with no food for four days before the wedding, then gagged and driven out of her village on a motorcycle.

“I was terrified, I had never seen anything like this with a stranger,” Bonsa said, adding she and Stack could not communicate because he did not speak her language and she did not speak English at the time.

After being brought to the United States, she alleges that she was his “slave,” forced to perform housework and given little access to the outside world. She gave birth to three children, in 2007, 2009 and 2012.

Stack remains the legal guardian of Bonsa’s sister and niece, but Bonsa is seeking to regain custody. The Columbia County Sanctuary Movement is supporting Bonsa to ensure she maintains her legal representation in ongoing family court proceedings.

“My children are my number one and I am the only one who can stand up for them,” she said. “Even if I am scared I am going to continue to fight for them.”

Bonsa alleges Stack has inflicted emotional and physical abuse on her and her family for years.

“I have seen the strength of her human spirit,” said Alamillo, who first became Bonsa’s advocate in July 2017.

Bonsa alleges that law enforcement agencies did nothing to stop Stack from perpetrating the abuse. Her concerns were dismissed as a “complicated divorce,” she said.

“The courts, police and legal systems have continually miscarried justice by dangerously finding in favor of him, awarding him custody of her sister and niece,” the Columbia County Sanctuary Movement said in a statement. “These are examples of a broken system that was not set up to serve her and other vulnerable women of color, which have resulted in decades of injustice.”

The Columbia County Sanctuary Movement is a nonprofit that “organizes with immigrants and allies to collectively support, empower and defend our communities,” according to the organization’s website.

More information about the organization can be found at www.sanctuarycolumbiacounty.org or (518) 303-3848.

Nora Mishanec is a reporter for Columbia-Greene Media. She can be reached at nmishanec@columbiagreenemedia.com or 518-828-1616 ext. 2500.