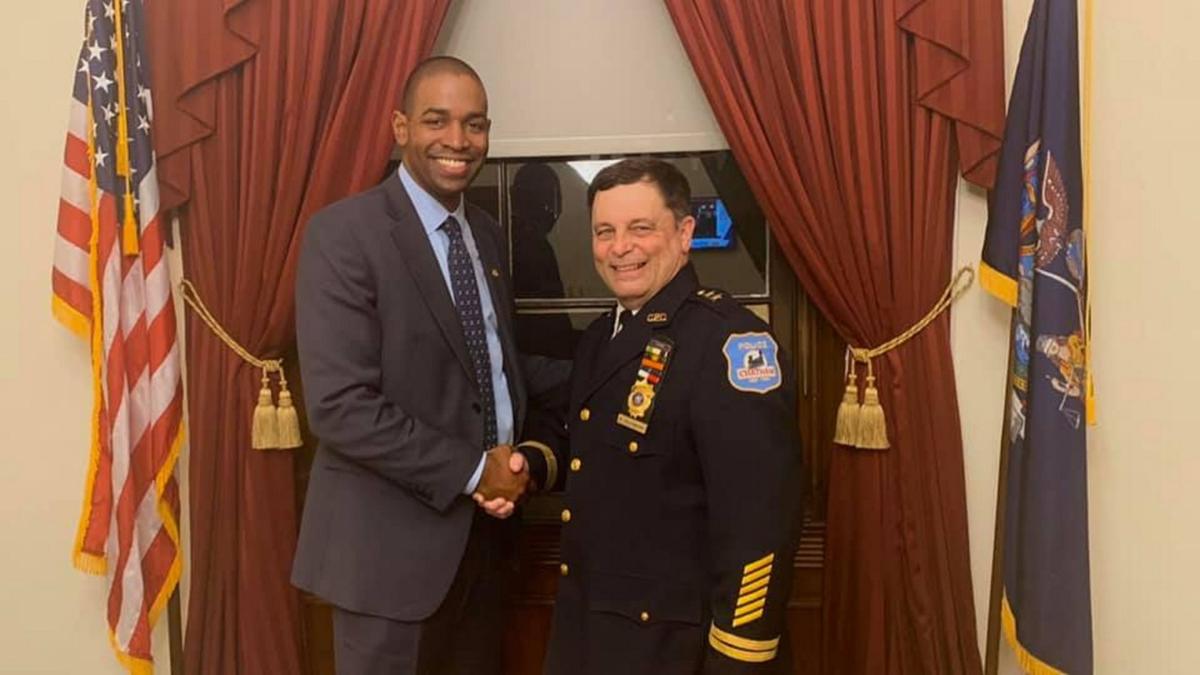 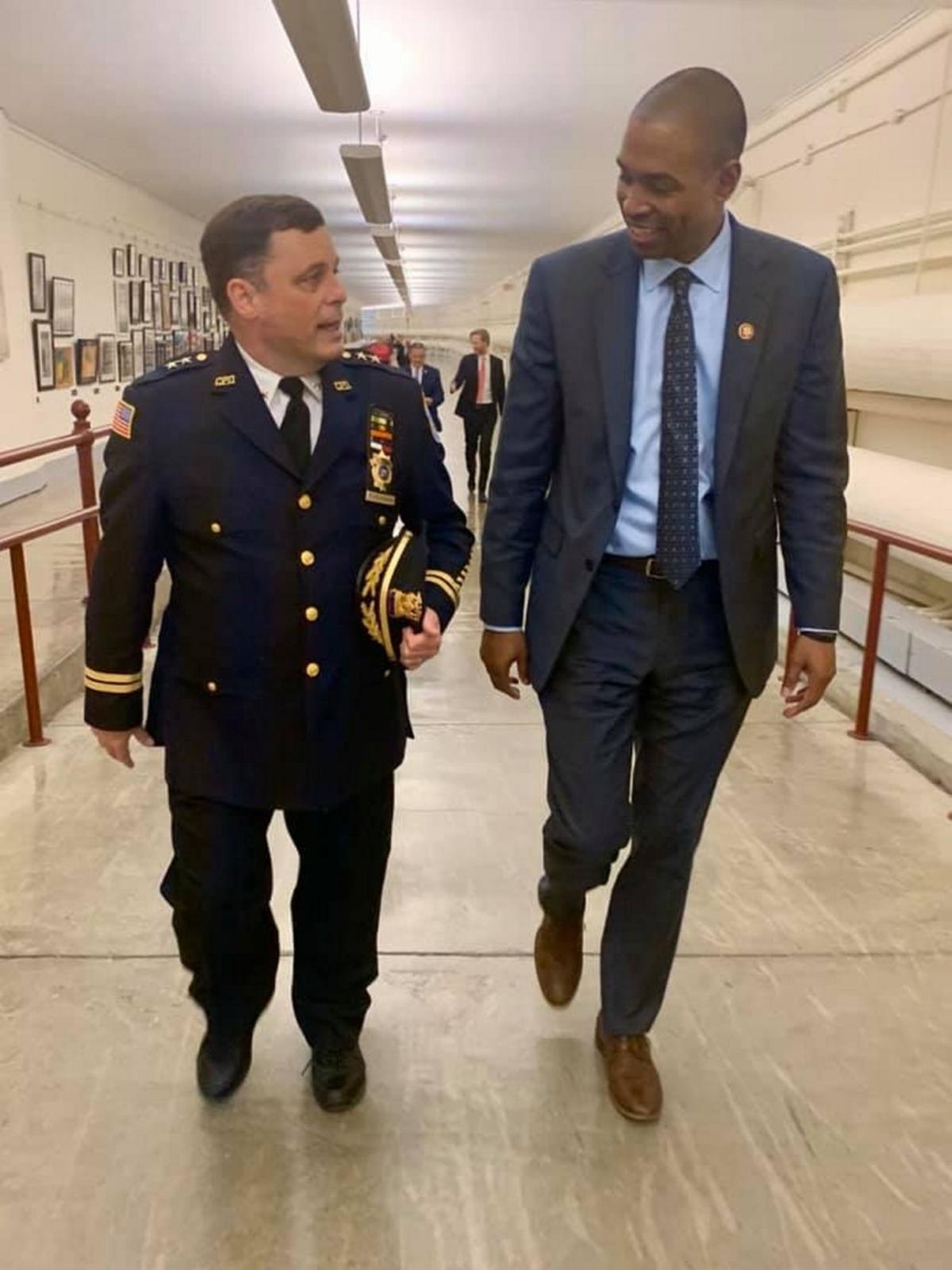 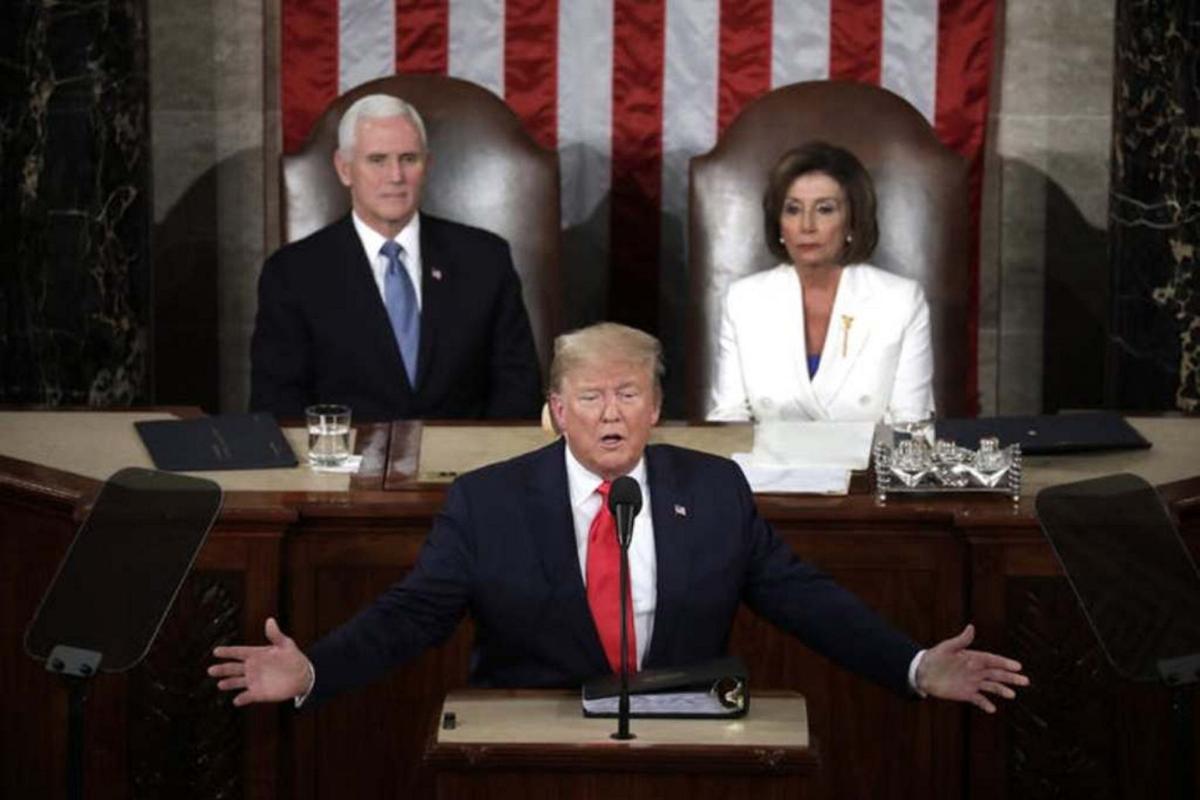 “I just want to thank [Delgado] again for the opportunity,” Volkmann said. “I mean, it’s just an honor to be there and for him to see the opioid crisis as something to continue that community conversation. By asking me as a representative for that conversation is just absolutely important to me and I’m so glad to represent recovery and the hope of recovery.”

Volkmann said the most memorable part of the experience for him was the people there representing America.

“During the speech, I think the most memorable point was the reunion of the military family,” Volkmann said Wednesday. “It was just amazing, and I think, I believe it got the longest standing ovation. To actually see that, and I don’t know if that’s ever happened on a State of the Union, a military family came together.”

He said all of Trump’s guests were meaningful to the country.

Volkmann described the amazing human effort of democracy behind the event on what he described as the biggest night of the year besides an inauguration.

“The one thing that really took notice for me was the amount of energy and the support people behind the scenes of this that work real hard, from law enforcement security, to fire department security, to staff members of congress who work really hard for this night, and that’s just what I saw, and the building maintenance, and there’s so many involved for that one night,” Volkmann said.

Volkmann was included in Delgado’s panel discussion with medical professionals, non-profit organizations, law enforcement and those recovering from addiction throughout the 19th District last fall in Glasco, and has since been working “behind the scenes” with Delgado to make progress in the opioid crisis in New York. Volkmann said Delgado wants to see programs like Chatham Cares 4 U throughout the nation.

“He’s actually very interested and sees the importance of bringing the coordination to the federal government level, to see where the federal government can assist in the opioid crisis,” Volkmann said. “He sees how Chatham Cares 4 U and a grassroots-type of response actually is something that needs to be coordinated not just locally, county-wide, but on a federal level.”

“I think it’s community policing at its best,” Volkmann said. “People want to come to us because they trust us and we’re more than willing [to help].”

The initiative has assisted around 240 people, Volkmann said, and has referred hundreds more to other agencies. Chatham Cares 4 U refers people to agencies and resources that were not available even three or four years ago, Volkmann said.

Volkmann said the proposed detox center in Greenport is just one recovery component for people, but it is not the whole answer. He said the detox center is a huge step as a county to come together, but there is still a lot more work to do.

“What a detox center does is stabilize a person medically to save their life, but what I don’t want folks to think is that the detox center is there and that’s all we need,” Volkmann said. “The people who are doing the work in our government and nonprofits, know that, but I still want to acknowledge we’re coming along, but it’s not the sole answer to this crisis.”

Volkmann said the issue is close to his heart because he is in recovery from addiction himself.

“I’ve come out of the shadows to say I’m in long-term recovery to let people know recovery does work, you just have to find your pathway to recovery, and every pathway’s individualized and different, and there’s hope in that,” Volkmann said. “So, I made that conscious choice of coming out of the shadows to admit that yes, I did have a problem and I received help for the problem and I’m continuing one day at a time.

Mayor Kamal Johnson appointed Volkmann as Hudson police commissioner. In his new position, Volkmann plans to create a Hudson Cares 4 U Initiative under Johnson’s direction, one that expands and adjusts to the needs of Hudson.

“Right now, as commissioner I’m still in the listening stage and, you know, kind of evaluating all that’s happening within the city and the relationship within the department itself and I will be coming with recommendations for the mayor and the council,” Volkmann said.

Another issue Volkmann is hoping to address is the new bail and discovery reforms that went into effect Jan. 1, 2020.

“With the bail reform, I think it’s a lot of law enforcement, including myself, say it needs to happen, but we need to look at seeing what’s working and what’s not working,” Volkmann said.

While bail reform is taxing on law enforcement, court systems and district attorneys, Volkmann said just as important are the discovery changes that have happened. He said he hopes a conversation is started on where adjustments can be made.

“I think as a community we kind of need to look at what’s working, what’s not, and being open to adjusting,” Volkmann said. “I think we’re on the either-or, you know, either we have it or we get rid of it. I don’t think that’s the answer. I think we need to really work together and look towards adjusting it. I think law enforcement can have a great voice in it. I believe even the bail reform affects our society, but I think really the discovery is really taxing on district attorneys all over the state.”